Alongside iOS 8 beta 4, Apple today released a new version of OS X Yosemite to developers, two weeks after releasing the third Developer Preview and over a month and a half after introducing the new operating system at its annual Worldwide Developers Conference. 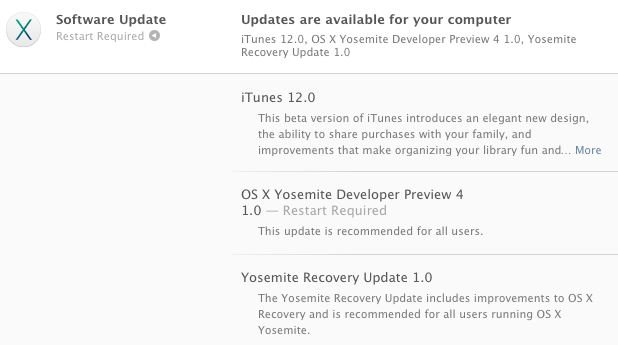 OS X Yosemite brings a flatter, more modern look to OS X, with an emphasis on translucency and redesigned dock, windows, and more. It also includes a multitude of new features, such as improved integration with iOS 8 through Continuity, a new "Today" view in Notification Center that offers integration with third-party apps, a retooled Spotlight search with new data sources, and several new features for apps like Mail, Safari, and Messages.

Yosemite is currently only available to developers, but Apple plans to offer a beta version of the software to Mac users at some point during the summer, possibly as early as this month. A source that spoke to 9to5Mac suggests the beta is coming in late July, though it could be pushed back until early August if Yosemite is not ready in time.

iTunes 12 - The newest Yosemite beta includes a revamped version of iTunes with a simple, streamlined design and support for Family Sharing. 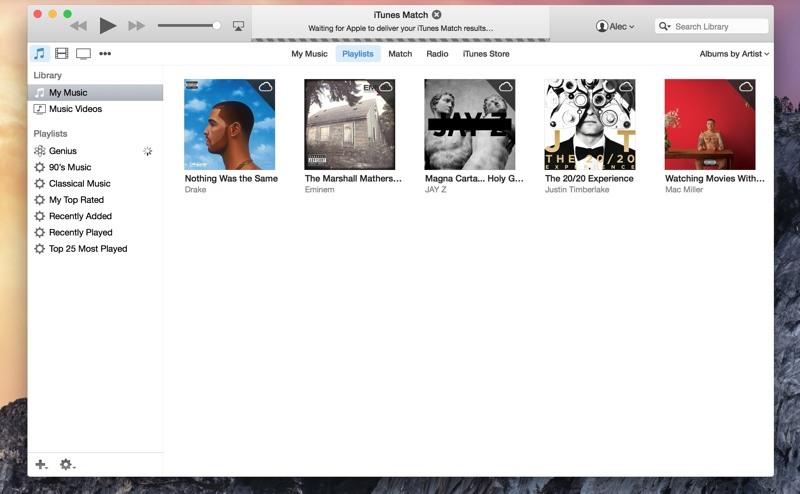 iTunes 12 icon - The icon for iTunes has also changed with the new iTunes 12 beta.

Calculator - The Calculator app in OS X Yosemite has been redesigned. 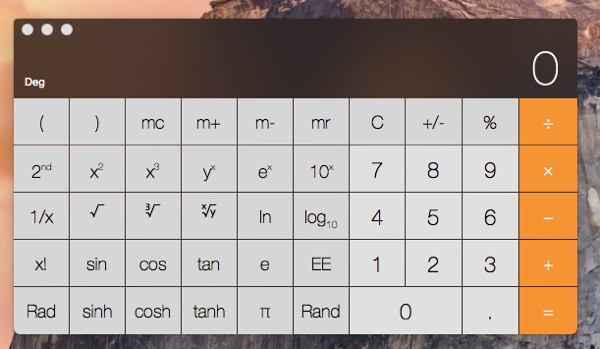 Dark Mode Settings - Dark Mode settings have been tweaked slightly and there's a new checkbox to turn the feature on and off for the dock and menu bar.

Pretty disappointed we are not seeing the Public Beta today, I thought it was about the right time.
Comment

I'm probably most excited for iTunes 12 being included in this release. ... though I'm saying this before I see what "an elegant new design" looks like. So yeah... hoping for the best.
Comment

This is starting to get interesting.

Does anyone know if there is a full DP4 or do I need to get an older version and update to DP4?
Comment

Would love to see some screenshots of iTunes 12 when it Devs get it running.
Comment

"Late July" ending this week, early next week?
Comment
B

I'm wondering if they're testing feedback of DP4 before rolling out what I can only assume will end up being PB1.
Comment
P

TheDeviceUser said:
Pretty disappointed we are not seeing the Public Beta today, I thought it was about the right time.
Click to expand...

No, it's not the right time.

Public betas have to be released when the product is in its final state and there's no possibility that major bugs tarnish the reputation of the company. Apple is known for their quality so much that each time I tell someone that my iOS 8 beta has a bug and cannot do this and that, people go like "that's the problem with Apple" and I can't make them understand that this is a private beta. Imagine a public...

Any word on Xcode 6 DP4 ? I just lost my Developer membership 6 days ago, which means I can install Yosemite DP4 and iOS 8 Seed 4 legitimately through Software Updates, but I got no chance about Xcode.
Comment
C

TheDeviceUser said:
Pretty disappointed we are not seeing the Public Beta today, I thought it was about the right time.
Click to expand...

I imagine that Preview 4 is a candidate build for the Public Beta, and they want to test it with developers first. Maybe we'll get it in a week if there aren't major issues.
Comment
S

Installing iTunes 12 right now, I'll get some screenshots up ASAP.
Comment
U

roland.g said:
Would love to see some screenshots of iTunes 12 when it Devs get it running.
Click to expand...

Yep, me too. Any screen shots or even better videos would be great
Comment

I signed up for the Beta, hopefully i'll get an invite.
Comment
A

Here's just a little of the "elegant new design"

Ugh. It's very clearly still iTunes, as we've known it. The massive overhaul of iTunes has to come eventually... Right?
Comment
N

For those that are using it, is it crashing or unreliable?
Comment
S

iTunes still my favorite app in Windows
Comment
A

Does everyone in the family have to be on beta to use this feature now?