Apple has dramatically increased the amount of iCloud user data it stores on Google Cloud, according to The Information.

The report claims Apple now has over eight million terabytes of data stored on Google's servers. As of mid-May, Apple was reportedly on track to spend around $300 million on Google cloud storage services this year, which would represent an increase of roughly 50% from all of 2020. Apple is said to be the largest corporate client for Google Cloud, dwarfing other high-profile customers like Spotify.

Google Cloud staffers have apparently even given Apple an internal code name that hints at its size as a customer: "Bigfoot."

The report speculates that Apple's increased use of Google Cloud suggests the company's rising cloud storage requirements have outpaced its ability to develop and operate its own data centers needed to handle the resulting data.

Apple does not provide third-party cloud storage providers with the keys to decrypt user data stored on their servers, ensuring a strong level of security.

Google doesn't have access to the data. What's a shame?
Reactions: amnesia0287, August West, wolfshades and 58 others
N

So what is Apple supposed to do instead? Limit iCloud storage? Magically have data servers and centers appear? It takes time to build centers. If Google or other companies have them already, why not use those temporarily or instead?
Reactions: AppleFan1998, Shanghaichica, amnesia0287 and 42 others

Aha! No wonder Alphabet's Google One cloud subscription is #1 in the Play Store 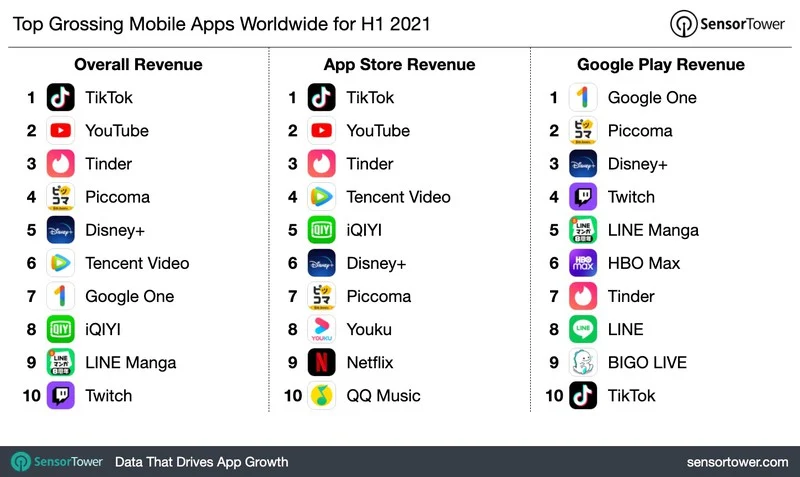 So Google has my data? Great!

Little do Apple realise that Google just store that 8 million TB of data on their own google@icloud.com iCloud account.
Last edited: Jun 30, 2021
Reactions: jakilaja, AppleFan1998, thekarthikiyer and 58 others
N

I wonder if third parties have access to iCloud email, as it's not encrypted at rest from what I remember.
Reactions: Just sayin... and TakeshimaIslands

NightFox said:
Little do Apple realise that Google just store that 8 million TB of data on their iCloud account google@icloud.com.
Click to expand...

Actually it's on AWS who in turn offload that stuff on Azure and Dropbox.
Reactions: AppleFan1998, NTN, philryan and 8 others

Theyayarealivin said:
Is google has my data? Great!
Click to expand...

Apple does not provide third-party cloud storage providers with the keys to decrypt user data stored on their servers, ensuring a strong level of security.
Reactions: geek1981, whitedragon101, d.o.p. and 34 others
A

This has to be like 1% of Apple's iCloud needs though, right? I personally have 1.5 terabytes on my iCloud account. There are surely about 8 million of Apple's 1 Billion customers using 1 terabyte of data.

I trust Apple to properly handle my data, not lose it and keep my data private and safe until they prove they can't do that.
Reactions: velocityg4, Will do good, GermanSuplex and 2 others

alexandr said:
ok, google Hey, Siri, where is my icloud?
Click to expand...

Yep, a shame that Apple can't set up their own data centre to host their own services.

So that's why GGL is now charging users for storage — they're running out of space too.
Reactions: -DMN-, xmach and Shirasaki

Theyayarealivin said:
So Google has my data? Great!

All data is encrypted.

Also, it's not in Google's best interest to attempt to harvest data that is stored on their servers, by paying customers. These customers would use competitors instead.. since it wouldn't be in their best interest either.
Reactions: amnesia0287, d.o.p., ellecavier and 10 others
J

GubbyMan said:
8 Exabytes for $300M a year. Which means Apple is paying Google $1 a month for 320GB of storage.
Click to expand...

And by charging $1 per month to users for 50gb they achieve a profit margin of over 80%. Bravo Tim.
Reactions: NTN, Jxdawg, philryan and 8 others