Apple is rumored to be a frontrunner for streaming rights to the NFL Sunday Ticket package, but CNBC today reported that "existing restrictions around Sunday Ticket have slowed negotiations between Apple and the NFL in recent months." 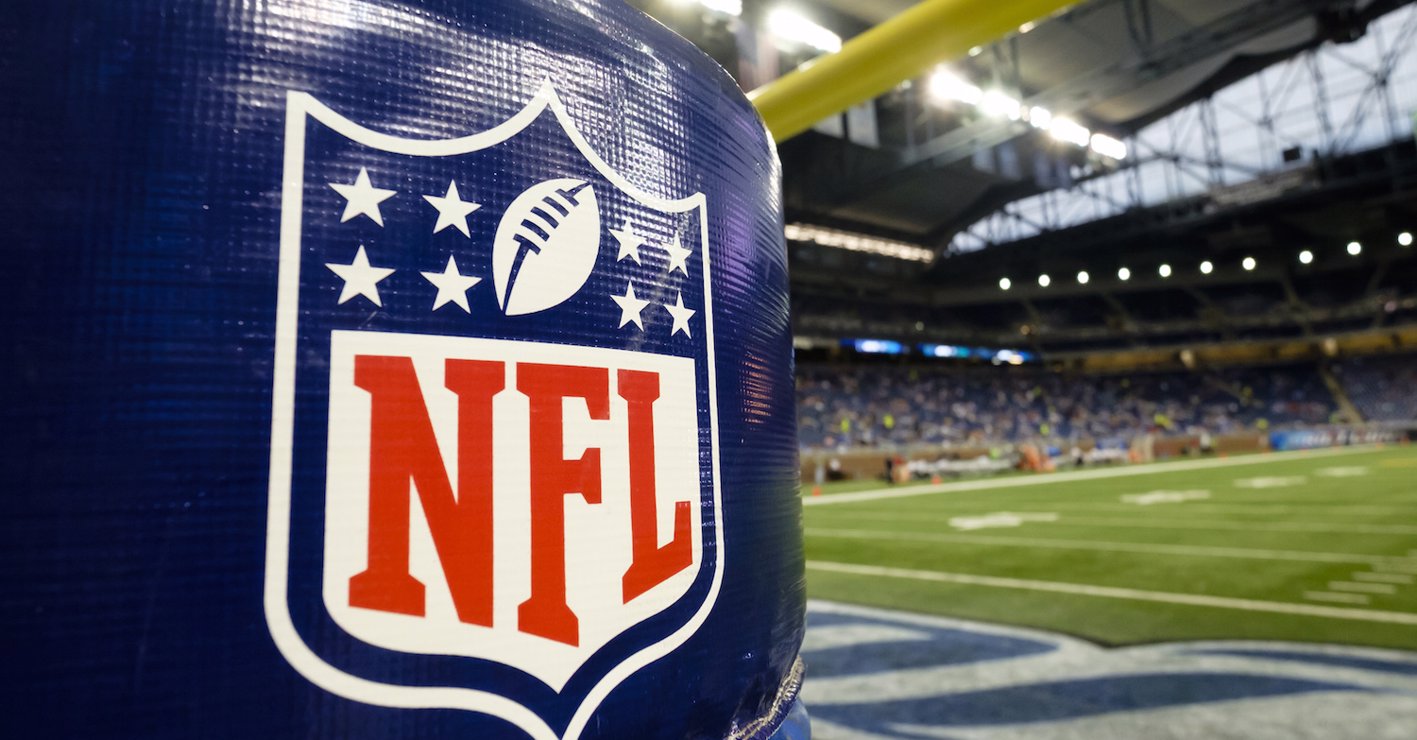 The report claims that Apple is not interested in "simply acting as a conduit for broadcasting games" and instead is seeking more comprehensive partnerships with sports leagues. In June, for example, Apple announced that its TV app will exclusively stream every live MLS match beginning in 2023, without any local blackouts or restrictions. MLS highlights, analysis, and other content will also be available across the TV app and Apple News.

"For the first time in the history of sports, fans will be able to access everything from a major professional sports league in one place," said Apple's services chief Eddy Cue. "It's a dream come true for MLS fans, soccer fans, and anyone who loves sports. No fragmentation, no frustration — just the flexibility to sign up for one convenient service that gives you everything MLS, anywhere and anytime you want to watch."

At a media conference in New York this week, Cue said the lack of contractual restrictions will allow its partnership with the MLS to thrive. CNBC claims that Apple wants this sort of flexibility with the NFL too, such as the freedom to offer games globally.

Sunday Ticket currently offers all regional NFL games on Sunday afternoons to out-of-market viewers. The U.S.-only package has been exclusively distributed by DirecTV since 1994, but the deal is set to expire ahead of the 2023 NFL season and DirecTV is reportedly not interested in renewing its rights to the package.

Previous reports said the NFL was looking for more than $2 billion annually for Sunday Ticket streaming rights, along with a minority stake in NFL Media, which oversees the NFL Network channel, NFL.com, and more. NFL commissioner Roger Goodell said a new Sunday Ticket partner would be announced before the end of this year.

Sunday Ticket would add to Apple's growing portfolio of live sports content available through the TV app. Apple already partnered with the MLB to air a weekly "Friday Night Baseball" doubleheader on Apple TV+ during the 2022 regular season, while its 10-year partnership with the MLS begins next year. It was also reported that Apple considered bidding on a package of UEFA Champions League games that ultimately went to CBS.

If you’re looking for a similar deal you got with MLS, you’re gonna have a bad time Eddy. NFL will move on to the next bidder and not lose a wink of sleep.
Reactions: eltoslightfoot, mjs916, Premium1 and 13 others

Haven’t watched NFL in years. Not sure why they want them.
Reactions: eltoslightfoot, bwillwall, Alfredo_Delgado and 16 others

I hope Apple can make the deal !🏈🏈
Reactions: mjs916, Brad7, Mysteriousone and 9 others

Super Bowl 2023 is probably going to be run by Apple.
Reactions: Brad7, Mysteriousone, svish and 4 others

Never understood why the NFL doesn’t just have their own full streaming app, a la MLB and NBA, where it isn’t tied to any one particular provider. NFL+ is a truncated, half-assed thing.
Last edited: Oct 14, 2022
Reactions: mjs916, Karma*Police, heelsbigc and 13 others

I don't know if Apple knows what they are getting into. The leagues would prefer you to make money for them, not for Apple. Should have invested in more content ownership, far cheaper than investing in broadcasting sports.
Reactions: Alfredo_Delgado and SqlInjection

Will this be free with Plus or an additional service?
Reactions: mjs916 and Alfredo_Delgado
T

I don't like the idea that much, currently I subscribed to international NFL game pass and only pay 86 dollars per season given where I live and that includes all the games plus NFL network, something tells me apple would charge me way to much than that, even though I love apple's baseball stream quality.
R

My understanding is that there are less people interested in watching NFL games … more flexibility might help.
Reactions: NyCeEvO, Alfredo_Delgado, BlairMALL and 1 other person
A

I don’t know Apple has the position to be anything other than a conduit to the NFL. I’m sure there is room for negotiation, but if they push for control over whatever they want control over, the NFL will just laugh and go to the next in a long line of groups looking to be the next Sunday Ticket.
Reactions: mjs916, heelsbigc, redfirebird08 and 2 others

Because the world does not revolve around you
Reactions: eltoslightfoot, getmac, Wolf Puppy and 40 others

I really hope Apple gets it. YouTube TV as second option. I'm more than willing to pay, but DTV restrictions on using just the streaming app without the physical dish were so annoying I got sick of "finding" someone that would get it for me.
Reactions: mjs916, addamas, noraa and 1 other person
C

NFL is still the #1 sport (by a decent margin) in terms of viewers in the US. As the article mentioned, it would definitely add to Apple TV+ portfolio. There are tons of people who subscribe to Direct TV for NFL Sunday ticket.

Apple TV+ is certainly trying to cover all it's bases (no pun intended for that MLB deal they have)
Reactions: mjs916, The Don Onez, michaelnugent and 5 others
I

If Apple gets this watch the price of Apple tv increases for everyone.
Reactions: heelsbigc, Sheepish-Lord, ThaRuler and 2 others
C

I believe it will be good business for both the NFL and Apple. Match the country’s biggest sport with it’s most valuable company. A few billion is pocket change for Tim. The deal will happen….

Personally, I think the NFL had its best days in the sixties and seventies, when it was much more of a sport than an entertainment colossus. But then, it’s the entertainment value that Tim covets.
Reactions: mjs916, JapanApple and Mysteriousone

Good luck getting the NFL to change on anything. It's an extremely difficult task.
Reactions: eltoslightfoot, mjs916, Premium1 and 1 other person
C

Yr Blues said:
Will this be free with Plus or an additional service?
Click to expand...

It could depend how much they pay for it. If it is free we probably will see a price hike. If not then it is anyone's guess how much one would have to pay for.
B

movieator said:
Never understood why the NFL doesn’t just have their own streaming app, a la MLB and NBA, where it isn’t tied to any one particular provider.
Click to expand...

It's because the provider pays BILLIONS for the access.

Basically... the NFL makes more money from a provider like DirecTV or Apple than they ever would selling subscriptions to individual viewers.

At least that's what I've heard.
Reactions: Premium1, Alfredo_Delgado, Mysteriousone and 1 other person

Apple is barking up the wrong tree if they want to impose terms on the NFL.
Reactions: Premium1 and The Don Onez

JoeShades said:
Because the world does not revolve around you
Click to expand...

You are correct, but to be fair 95% of the world's population doesn't watch it either 🤷🏻‍♂️
Reactions: Premium1, JerryDon, Shirasaki and 4 others

HiVolt said:
Apple is barking up the wrong tree if they want to impose terms on the NFL.
Click to expand...

They be far better to broadcast college football rights than professional football IMHO given Apple existing ties to education in the USA. There are a lot of other sports that they should stream instead of these major sport franchises.
Reactions: heelsbigc, Alfredo_Delgado, Mysteriousone and 1 other person

Man what if you can only watch certain games if you have Apple TV+!

redheeler said:
Good luck getting the NFL to change on anything. It's an extremely difficult task.
Click to expand...

Yeah, the NFL's model is the last Goliath of a dying age in broadcasting. They are not going to change without a fight.
Reactions: Shirasaki and nt5672
You must log in or register to reply here.
Share:
Facebook Twitter Reddit Email Share Link
Register on MacRumors! This sidebar will go away, and you'll see fewer ads.
Sign Up
Top Bottom