Apple today reported Mac revenue of $9.17 billion in the fourth quarter of its 2021 fiscal year, which is an all-time quarterly revenue record for Macs. Apple CEO Tim Cook said there was "strong demand" for the M1 MacBook Air in particular. 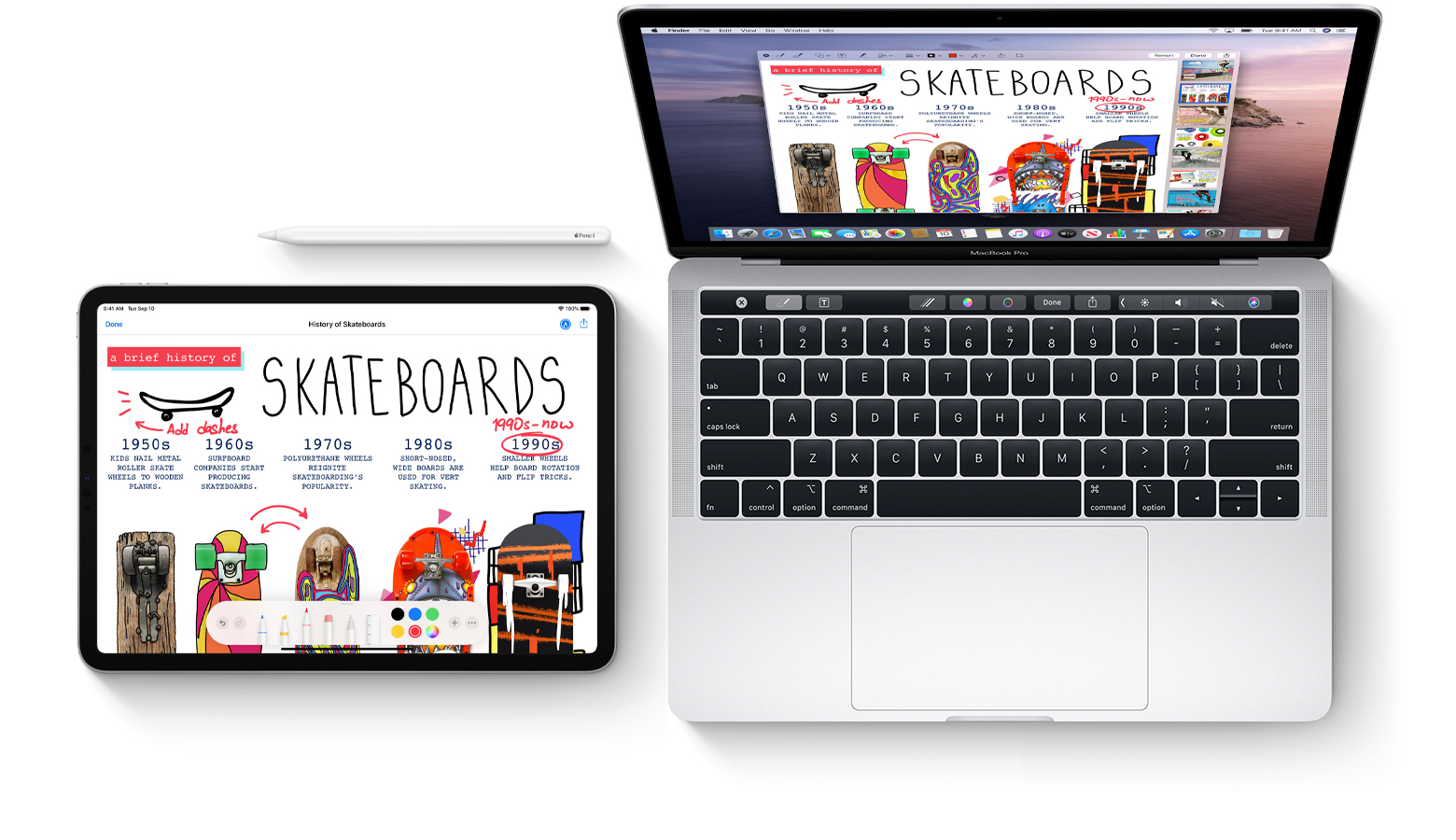 No new Macs were released during the quarter, with the new 14-inch and 16-inch MacBook Pro models not being released until after the quarter ended, but Mac sales have been strong due to a work-from-home environment and as a result of Apple's successful transition to its own custom-designed chips in Macs, starting with the M1 chip last year.

iPad sales were likely boosted by the launch of the redesigned sixth-generation iPad mini and the ninth-generation lower-cost iPad during the quarter, while iPads remain popular as many people continue to work, learn, and connect with others from home.

Maestri said iPad supply was significantly constrained during the September quarter and Apple expects iPad revenue to decline on a year-over-year basis in the December quarter as a result of continued supply constraints.

Apple reported overall revenue of $83.4 billion for the quarter, which ran from late June through late September of this year.

Pretty confident they will crack 10B for next quarter.
Last edited: Oct 28, 2021
Reactions: airbatross, rp2011, SurferPup and 2 others
M

Revenue from Macs are growing faster than iPad and the majority of iPad revenue is carried by the $329 iPad and iPad mini. So much for the iPad being a laptop replacement.
Reactions: DeepIn2U, WLSON, Mahieu and 3 others

So... I guess splitting from Intel worked

Services will likely plummet since so many government officials have suddenly decided Apple taking a cut is bad. (Amazon or Google taking a cut is still okay.)
Reactions: DeepIn2U, ikir, Rodney Dangerfield and 1 other person

Should do a lot better with Mac sales once this transportation delays resolve themselves.

Cook said that supply chain shortages cost Apple around $6 billion in the quarter
Click to expand...

Wait till next quarter! Apple will blow the market away!
Reactions: DeepIn2U, svish, ikir and 2 others

How does the revenue number relate to units? Has there been any change in the average price?

The numbers they continue to build upon are indicative of a business that has a long term plan that simply has to execute on the plan. The changes in leadership and product management, bringing in or elevating younger and more diversified talent is also likely helping undo some of the not so great past decisions.
Reactions: Tim Apple’s Glasses, Shanghaichica and DeepIn2U
S

I just ordered a MacBook Air myself! You know a product is good when it's helping set sales records 9mos after it was released.
Reactions: ealeks, Marshall73, ikir and 3 others

Count me in for two units in that statistic. The $740 Back to School deal was unbeatable.
Reactions: DeepIn2U, Spock, ikir and 1 other person
D

Amazing, you dump the everything has to be thin and useless guy, start making products people want, and you get record sales. Who would have thought?
Reactions: Tim Apple’s Glasses, JMacHack and Bazza1

No surprise. Great machine - one of Apples best ever.

BTW - how about using a picture of an Air in the article instead of the MacBook Pro?
Reactions: DeepIn2U, purpletowns and rp2011

mikethemartian said:
How does the revenue number relate to units? Has there been any change in the average price?
Click to expand...

Apple has stopped disclosing unit numbers a few years ago, so we can only guess the average price now.
I

Even grading on a curve of how good each Mac was at the time, this M1 Air is the best Mac I've ever owned -- especially when you consider the bang for the buck. Under $1K and it runs circles around the 2019 Intel Air I replaced with it, and with 2-3x the battery life.
Reactions: DeepIn2U

The MBA M1 is fantastic. I just hope they don’t mess it up with the redesign next year.
Reactions: Leon Ze Professional and Johnny907

JPack said:
Count me in for two units in that statistic. The $740 Back to School deal was unbeatable.
Click to expand...

when was this deal?
Reactions: DeepIn2U

The MacBook Air is great. Who needs a GPU when you can just use GeForce Now?
Reactions: Mahieu, ikir and rp2011
C

The Mac is Back, baby! (again)
Reactions: ikir
C

dguisinger said:
Amazing, you dump the everything has to be thin and useless guy, start making products people want, and you get record sales. Who would have thought?
Click to expand...

Don't be so single-minded. We have the Apple of today because of Jony Ive. He established the bar. Apple went too far towards minimization, but they are correcting themselves on that. The bar (high standard of design) remains though.
Reactions: allpar, DeepIn2U, ikir and 1 other person
J

Just wait until they release the redesigned MacBook Air in mid 2022 with the M2 (or whatever they call it). It will be Apple’s most popular laptop ever.
Reactions: ikir
U

mikethemartian said:
How does the revenue number relate to units? Has there been any change in the average price?
Click to expand...

There are analysts that look into the supply chain to determine how many unit have been sold. It will likely end up being somewhere under 30 million for the year.

Not at all surprised by this. I can honestly say that the M1 MacBook Air is the best Mac I’ve ever owned. And I’ve owned a lot of Macs.
Reactions: aberdeenmeadows, purpletowns, Leon Ze Professional and 3 others

julesme said:
Just wait until they release the redesigned MacBook Air in mid 2022 with the M2 (or whatever they call it). It will be Apple’s most popular laptop ever.
Click to expand...

I’m a little worried that they’ll mess up the design a bit. White bezels, unnecessary ports, not as thin, etc. But I hope to be pleasantly surprised.
Reactions: DeepIn2U, moshind, GTBuzz and 2 others
You must log in or register to reply here.
Share:
Facebook Twitter Reddit Email Share Link
Register on MacRumors! This sidebar will go away, and you'll see fewer ads.
Sign Up
Top Bottom