Apple Researching Gloves for Use with Multi-Touch Devices 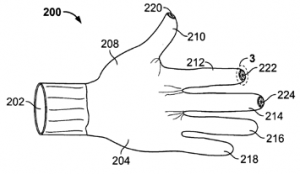 The invention, credited to Ashwin Sunder and Steven Hotelling at Apple, is a cold-weather glove
consisting of two layers: a thin inner shell and a heavier outer shell. While Apple clearly intends for the glove to be used in conjunction with Multi-Touch devices such as the iPhone and iPod touch, the patent is written to cover a much broader class of electronic devices.

Apple describes several methods by which the wearer could operate electronic devices while wearing the gloves. One method involves using electrically conductive materials for both the inner and outer shells to allow the signal from the wearer's finger to be transmitted to the input mechanism on the electronic device. Apple acknowledges, however, that the thickness of the outer glove may hinder the tactile response to the wearer. Additional methods include removable caps covering the fingertips, or an elastic ring in the outer shell that would remain nearly closed until pressure from the finger inside the glove forces the ring open and allows the finger to access the device's input mechanism.

While many of the inventions disclosed in Apple's patent applications have yet to appear in commercial products, this application at a minimum demonstrates Apple's awareness of the difficulty of using Multi-Touch devices in cold-weather environments and documents some of their efforts to address the issue. Apple is also certainly not the only vendor to attempt to develop Multi-Touch-compatible gloves, as several other companies, including Dots Gloves, The North Face, and Freehands, have introduced their own solutions.

Article Link: Apple Researching Gloves for Use with Multi-Touch Devices 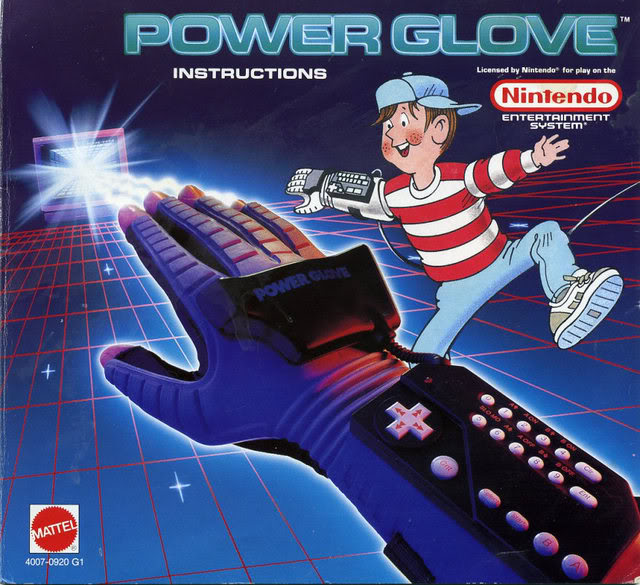 But, but, what if you live in a hot climate? Or don't want to channel MJ?
Comment

entropys said:
But, but, what if you live in a hot climate? Or don't want to channel MJ?
Click to expand...

Why would you be wearing gloves in a hot climate?


Anyway, im almost entirely certain Ive seen people with special gloves that allow them to use an ipod before....
Comment

I have those North Face gloves. They work great with my iPhone and are actually really warm. I LOVE em!
Comment
B

MovieCutter said:
I have those North Face gloves. They work great with my iPhone and are actually really warm. I LOVE em!
Click to expand...

Ah im jealous. I have so much trouble controlling my iphone when im snowboarding.
Comment

Will it be just as sparkly as this???

BigD58 said:
Ah im jealous. I have so much trouble controlling my iphone when im snowboarding.
Click to expand...

Probably not a good idea to be texting and boarding at the same time in the first place....
Comment
B

MovieCutter said:
Probably not a good idea to be texting and boarding at the same time in the first place....
Click to expand...

haven't posted in a while but I figured I'd show Apple this...

Im not really sure where the connection between this idea (thats been done already) and the nintendo glove is.....
Comment
M

my golf gloves work fine on my iPhone. maybe because they are leather (on the fingers) and so work the same as skin?

and yes, you are already wearing your original hot-weather iPhone gloves.
Comment

muskratboy said:
my golf gloves work fine on my iPhone. maybe because they are leather (on the fingers) and so work the same as skin?

and yes, you are already wearing your original hot-weather iPhone gloves.
Click to expand...

Yup, leather, being skin, has about the same conductivity as our skin which is why it works.
Comment

Living in Central New York I would love these. I have been aware other gloves with these abilities exist, but they are not attractive or not feel worth the money yet. I would hope Apple can produce a great glove providing warmth, functionality and a competitive price tag.
Comment
F

Oh boy do I need this right now!!

It's getting really cold in Sweden and my hands feels like ice after a couple of minutes with the iPhone right now!
Comment
C

For all those people who ask "What will we do with 16 CPU cores?" My answer is "Gid rid of silly things like multi-touch pads and gloves. The little web cam in the LCD monitor will just look at your hands. Then you can play "air touch pad".

And, yes, it will require a pile of CPU power to interpret "air touch pad". That why all current system use the pad because it is computationally simpler.
Comment

They already have those gloves. I saw one in a christmas catalog.

BigD58 said:
Ah im jealous. I have so much trouble controlling my iphone when im snowboarding.
Click to expand...

you can play with your iphone and snowboard at the same time?
Comment


REEL IT IN APPLE, REMEMBER YOU ARE, FIRST AND FOREMOST, A COMPUTER COMPANY
Comment
T

I'm sure that Apple is using these patents to stop innovation from competitors. They (Apple) have no intention of developing these crap ideas but it only costs them a few thousand to stop anyone else...just incase one of these patents turns out to be useful.