Earlier today, reports surfaced on The Intercept and Forbes claiming Apple "secretly" syncs Phone and FaceTime call history logs on iCloud, complete with phone numbers, dates and times, and duration. The info comes from Russian software firm Elcomsoft, which said the call history logs are stored for up to four months. 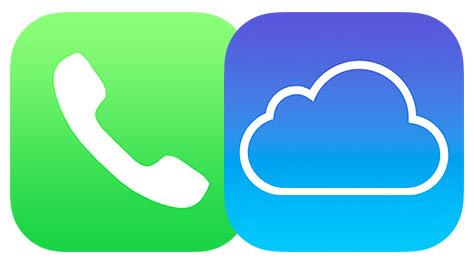 Likewise, on iOS 10, Elcomsoft said incoming missed calls that are made through third-party VoIP apps using Apple's CallKit framework, such as Skype, WhatsApp, and Viber, also get synced to iCloud. The call logs have been collected since at least iOS 8.2, released in March 2015, so long as a user has iCloud enabled.

Elcomsoft said the call logs are automatically synced, even if backups are turned off, with no way to opt out beyond disabling iCloud entirely.

"You can only disable uploading/syncing notes, contacts, calendars and web history, but the calls are always there," said Vladimir Katalov, CEO of Elcomsoft. "One way call logs will disappear from the cloud, is if a user deletes a particular call record from the log on their device; then it will also get deleted from their iCloud account during the next automatic synchronization.
Click to expand...

Given that Apple possesses the encryption keys to unlock an iCloud account for now, U.S. law enforcement agencies can obtain direct access to the logs with a court order. Worse, The Intercept claims the information could be exposed to hackers and anyone else who might be able to obtain a user's iCloud credentials.

In some cases, hackers could access an iCloud account even without account credentials, such as by using Elcomsoft's Phone Breaker software. The tool is being updated today with the ability to extract call histories from iCloud with only an authentication token for an account from the accountholder's computer.

However, the entire narrative is largely overblown. In a 63-page white paper about iOS security, Apple clearly defines which information it collects for iCloud backups, emphasis our own. Likewise, in its Legal Process Guidelines, Apple notes FaceTime call invitation logs can be stored for up to 30 days.

Here's what iCloud backs up:

Further, in a statement today, Apple said the call history syncing is intentional.

"We offer call history syncing as a convenience to our customers so that they can return calls from any of their devices," an Apple spokesperson said in an email. "Device data is encrypted with a user's passcode, and access to iCloud data including backups requires the user's Apple ID and password. Apple recommends all customers select strong passwords and use two-factor authentication."
Click to expand...

Security researcher Jonathan Zdziarski told The Intercept he "doesn't think Apple is doing anything nefarious in syncing the call logs," which are very clearly stored for the purposes of Continuity and being able to access your call history across Apple devices, even after restoring from a backup.

Nevertheless, Zdziarski emphasized the need for Apple to be clear to users about the data being collected and stored on iCloud. As noted by The Intercept, Apple does not indicate call logs are synced even with iCloud Backup disabled, while FaceTime call logs appear to be stored longer than Apple's claim of up to 30 days.

iCloud users concerned about their accounts being compromised should set a strong password and enable two-step verification.

Article Link: Apple Says it Syncs Call Logs on iCloud As a 'Convenience to Customers' Amid Security Concerns

Nothing to see here. Even the FBI had issues tracking down this data
Reactions: MrSkoTA, Braderunner, t1meless1nf1n1t and 1 other person
Comment
A

The whole problem is that apple has encryption keys. They DON'T NEED these yet they insist on keeping access.
Reactions: centauratlas and sudo1996
Comment

Stuff like this gets on my nerves. For 99.99999999% of users this is an awesome convenience, but there's always that small group that is worried about muh privacee. Stuff like this is whats holding Siri back from the likes of Google Assistant because of the paranoia. I wish Apple would split it and have a basic Siri and AI data gathering like they do now and then a more advanced option that users can opt into to have a more useful assistant. Do I want them to go full Google and track every single thing I do? No, I'd love it if I could sync my health data and cards that are in Apple Pay in the Cloud and not have to set that crap up every single time I get a new phone or reset my phone. /rant
Reactions: Jamalien, Internet Enzyme, xpxp2002 and 5 others
Comment

Makes sense. If you get a call on one device, you'd naturally expect it to appear in your call log on all your devices.
[doublepost=1479411410][/doublepost]

arekm said:
The whole problem is that apple has encryption keys. They DON'T NEED these yet they insist on keeping access.
Click to expand...

Maybe they need the keys for resetting account passwords. Anyway, Apple's (and other companies') end-to-end security is a joke as long as they hold the keys, and nobody who has anything to hide should trust them. If I forget my credentials, there should be no way to get back into my account. So-called "secure" messaging apps like Telegram where their server controls the public key exchange are also bogus.

Doesn't matter... Most people care more about convenience than about total end-to-end security. Users would get frustrated if they couldn't recover accounts with forgotten passwords. If you're paranoid, use your own servers, or take tips from http://stallman.org.
Last edited: Nov 17, 2016
Comment

Oh come on - so much Apple hate lately.

People seem to just be eager to try and start the next circle jerk.
Reactions: Keane16, Jamalien, djbuddha and 8 others
Comment

I don't see any mention of iCloud Drive in there.
Reactions: centauratlas
Comment
E

This has been public knowledge for years. My call logs show up on my iPad since I think iCloud Drive launched. This couldn't be more of a non-story.
Reactions: Keane16, djbuddha, centauratlas and 9 others
Comment

I expect Apple use this opportunity to perform analytics on this data.. as long as its anonymous it doesn't matter.
Comment
S

I'll just say it... if this was a story about Google or Android, the flamethrowers would be out
Reactions: sunking101, a.gomez, rocknblogger and 9 others
Comment
A

You know for the NSA

I thought this was obvious? I'm guessing some people didn't even notice it.
Reactions: Braderunner, Manrico1 and DCINKC
Comment

Only very bad news nowadays.... but don't worry you keep all your data encrypted with your fingertip! or not?!?!?!?
Comment
L

Mascots said:
Oh come on - so much Apple hate lately.

People seem to just be eager to try and start the next circle jerk.
Click to expand...

I used to be an apple lover. this forum convinced me to hate apple. when so many people hate apple, there has to be a reason. I'm now seeing it.
and this is just another nail in apple's demise.
Comment

samcraig said:
I'll just say it... if this was a story about Google or Android, the flamethrowers would be out
Click to expand...

In fairness, if it were google, we'd all know exactly what they were doing with it.
Reactions: djbuddha, SMacDuff, MacsRgr8 and 3 others
Comment
R

I disagree. You can disable the syncing of other data (such as Safari browsing history and bookmarks) selectively in the iCloud Drive settings. Why not have the same option for the call history without having to disable everything?

Also, keep in mind that, while maybe your personal calls are not very interesting, there are people whose call histories may be genuinely sensitive, such as lawyers, journalists, policital activists etc. You can't just dismiss this all as paranoia.
Reactions: Boxcar Edit, Jacquesvw, tomjleeds and 6 others
Comment
C

Ericus Macabeus said:
This has been public knowledge for years. My call logs show up on my iPad since I think iCloud Drive launched. This couldn't be more of a non-story.
Click to expand...

Exactly. I don't really see what's new or surprising about this all of a sudden.
Comment

SPUY767 said:
In fairness, if it were google, we'd all know exactly what they were doing with it.
Click to expand...

And how can you be so sure that Apple ain't doin' the very same thing ... cause they told you they weren't ... ha ha ha ha ha ha ... too funny.
Comment

While nothing new, I thought it was a bug and have reported it in the past to Apple. Just make a slider for it in the preferences, just like syncing notes for example.

I find it annoying, because I have two iPhones specifically to separate private and business use. Now I still end up having missed calls from work on my private phone... That's something I didn't ask for.
Reactions: tomjleeds, tooloud10, RuralJuror and 1 other person
Comment
R

BTW, not sure why Macrumors didn't link it, but here's the link to Elcomsoft's original blog entry (which interestingly refers to Macrumors forum posts):

I noticed this last month when I got my iPhone 7. Since I was upgrading from an iPhone 4S, I decided to set up the 7 as a new device instead of restoring from a backup. Once I entered my iCloud credentials, I noticed the entire call log from the previous few weeks was in my phone app.
Comment
C

Rastapopoulos said:
While nothing new, I thought it was a bug and have reported it in the past to Apple. Just make a slider for it in the preferences, just like syncing notes for example.

I find it annoying, because I have two iPhones specifically to separate private and business use. Now I still end up having missed calls from work on my private phone... That's something I didn't ask for.
Click to expand...

Have you tried some things like disabling iCloud Drive (which apparently has an effect on this)?
Comment

I am far more concerned about the iCloud Spam thats affecting Calendar and Photo Sharing than I am with the storage of call history in iCloud. Wish Apple your mention something about fixing this!!
Reactions: duervo
Comment
You must log in or register to reply here.
Share:
Facebook Twitter Reddit Email Share Link
Register on MacRumors! This sidebar will go away, and you'll see fewer ads.
Sign Up
Top Bottom