Apple today seeded the second beta of an upcoming iPadOS and iOS 13.1 update to developers, one week after seeding the first beta and ahead of the actual launch of iOS 13 and iPadOS.

iOS 13.1 and iPadOS 13.1 can be downloaded from the Apple Developer Center or over-the-air after the proper profiles have been installed. 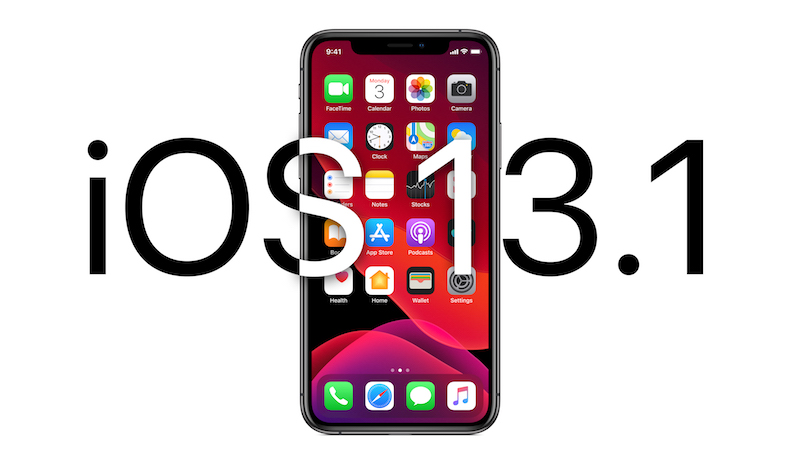 Apple in late August released the first iOS 13.1 beta, which came as a surprise because Apple has never released a point update for software that's not out yet. Apple is likely aiming to make iOS 13.1 ready for download shortly after iOS 13 becomes available and new iPhones launch, as the iOS 13 update may have already been finalized for installation on new devices.

The iOS 13.1 update includes several features that were announced at WWDC but were ultimately removed from iOS 13 over the beta testing period. Shortcuts Automations, for example, is back in iOS 13.1. Shortcuts Automations allows Shortcuts users to create personal and home automations from the Shortcuts app to have actions performed automatically when specific conditions occur.

Share ETA, a major maps feature, is also available in iOS 13.1. With Share ETA, you can share your estimated time of arrival to a location with a friend or family member.

Other new features include new icons on the volume indicator when headphones or speakers are connected (with icons for AirPods, Beats headphones, and HomePod), more detailed HomeKit icons in the Home app, and updates to Dynamic Wallpapers.

Mouse support, an accessibility option in iOS 13, has been improved in iOS 13.1 allowing a long press or 3D Touch to be mapped to the right click function of the mouse. Reading goals now include PDFs, Nike+ is now just Nike, and iOS 13.1 supports HEVC video encoding with alpha channels.

There are some other smaller changes in iOS 13.1, which are outlined in our first iOS 13.1 article. If we find new features in iOS 13.1 beta 2, we'll update this post.

Hope this fixes the battery drain issue for the Watch.
Reactions: aloyouis, Jemorama, AirunJae and 14 others
M

Downloading now, I hope quick share is back in messages.
Reactions: sydneysider88, piranhadonna, GuruZac and 1 other person

Are they ever going to allow users to install 3rd party dictionaries ? iOS/iPadOS 13.1 is still missing some key languages and there is absolutely no way of adding those to the system.

Goldfrapp said:
Something's telling me the public release next week is going to be 13.1, not 13
Click to expand...

Wish they would issue weekly updates for Catalina that to me is more important to get that right than work on a post release version of IOS
Reactions: Skoal, sydneysider88, Chrischamber and 3 others

Interesting bit about Sidecar in the RN:


If you update to iPadOS 13.1 beta 2, you will be unable to use Sidecar until a future version of macOS Catalina beta is released. (54903543)​
Reactions: alecgold, sydneysider88, Internet Enzyme and 2 others

Saw some Safari issues (blank page) with switching to using private mode in iPadOS 13.1 b1 like we had awhile back, hope that is cleared up with b2.
Reactions: decypher44

Such as?
Reactions: -BigMac-

Are they really about to release iOS 13 the way it is??? That’s a scary thought to be sure.
Reactions: TechFann, HouseofG, Digger148 and 6 others
P

This is beta 2 of 13.1. iOS 13 is done and I’m pretty sure the mail bug and so and so are already fix in the Gm. The bug/problem need to be resolved was small and Apple pretty much had enough feedback to fix them without needing anymore feedback.
Reactions: rbgaynor and markaceto
J

Braderunner said:
Hope this fixes the battery drain issue for the Watch.
Click to expand...

theapplehead said:
Are they really about to release iOS 13 the way it is??? That’s a scary thought to be sure.
Click to expand...

One way or another they have to release 13 or 13.1 because the new iPhones are coming
J

Wish they would bring back the Announce messages using Siri option with AirPods.
Reactions: Websnapx2, Johnny907, sydneysider88 and 3 others
J

Which languages is it missing, that you need?

Oh! Hoping for public beta in a couple hours
Reactions: decypher44 and upandown

"Sidecar requires a newer version of macOS." - Great, I guess Ill have to wait a month now.
Reactions: sydneysider88 and timm1027

Think it's stable, at least for me, I see/had no issues with last few betas.
Reactions: Skoal, Websnapx2 and MacClueless
M