Apple today sent out invites for a media event that will be held on Monday, March 9 at the Yerba Buena Center for the Arts in San Francisco, reports The Loop. As with most Apple media events, it will begin at 10:00 a.m. Pacific Time.

The event's "Spring Forward" tagline is decidedly time related and March 9 falls one day after the start of Daylight Saving Time in the United States, suggesting the Apple Watch may be the focal point. 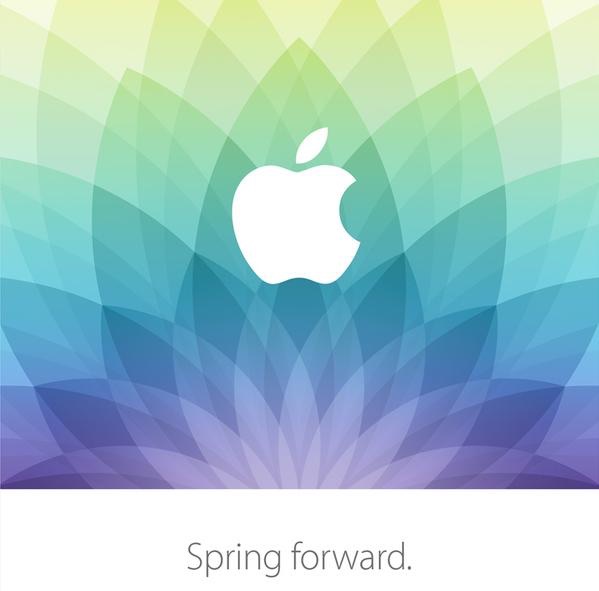 There are still many details on the Apple Watch that Apple has kept under wraps, including full information on pricing, battery life, and accessory options, all of which may be revealed at the event ahead of the Apple Watch's April launch. The event could also see the launch of other products, such as the rumored 12-inch Retina MacBook Air or refreshed 11 and 13-inch MacBook Airs, which are due for an update.

Officially excited. Way more excited now than I was when the watch was first announced... Let's just hope it carries over until the watch actually hits stores, which could easily be another 7 or 8 weeks, seeing as they said April, and Apple almost always opts to fully utilize the time under their self-imposed deadlines.
Comment

An event before WWDC! What a nice surprise.
Comment

Hopefully they announce new rMBP's, really would love to upgrade this year.
Excited to see new things regarding the Apple Watch as well...
Comment

With the caption "Spring forward" and the event being one day after we change our clocks for Daylight Savings, there's no doubt what this one means!
Comment

Ah, I already had the invite tagline designed in my head....

Maybe there are actual mechanical springs in the watch they are going to reveal instead?
Comment
D

This event should be one to watch.
Reactions: Dydegu
Comment
P

Oh nice but I will most likely get disappointed with a world wide release not being til summer.
Comment

afsnyder said:
I think I just peed.
Click to expand...

Awesome! Finally all the Apple Watch price rumors will be put to rest.
Comment