Apple today posted the OS X Yosemite video shown during its Worldwide Developers Keynote, which gives a look at some of the new features and design changes introduced with the operating system.

Covering the changes to the dock and icons along with showing off Yosemite's translucency, the video also highlights AirDrop, Finder, Messages, and Notification Center, giving an overall view of the revamped OS.

We reconsidered every element of the Mac interface, large and small. The result is something that feels fresh, but still inherently familiar. Completely new, yet completely Mac.
Click to expand...

First introduced last week, Yosemite includes significant design changes that focus on translucency and a flatter, more modern look, along with a push towards deeper integration with iOS 8. Yosemite introduces several new features that work with iOS 8, including Handoff, Instant Hotspot, and the ability to make and receive phone calls and SMS messages.

Multiple apps and features have also been updated, including Spotlight, Mail, Notification Center, and Safari, and there's a new focus on iCloud with iCloud Drive. More information on Yosemite's major changes can be found in our OS X Yosemite Roundup, while details on smaller tweaks can be found in the "OS X Yosemite: All The Little Things" forum thread, created and maintained by MacRumors forum users.

I love the new design, just like iOS 7 the design grows on you after a while.

Using Yosemite right now and loving the new design!
B

I keep half expecting Jonny Ive to start talking over the top of the music.
B

Yosemite's design looks better than iOS 7/8. If iOS 9 or 10 looks more like Yosemite, I will gladly welcome it.
T

Funny thing is I was just rewatching the keynote on YouTube.

Good little round up... Looking forward to a faster beta version. The current one us slow as hell in vmware... Oh well...

The mail and preview icons are totally out of place. They should have went with an iOS-like mail icon and made the contacts icon gray to match the app in iOS. Also, the current iOS iBooks icon should look like the one in Yosemite. Currently it is the same icon as the bookmarks icon in Safari, which makes no sense.

How's the stability in the DP? (more specifically related to any kind of data corruption, etc...)

I keep half expecting Jonny Ive to start talking over the top of the music.
Click to expand...

brandscill said:
I keep half expecting Jonny Ive to start talking over the top of the music.
Click to expand...

I would have been really great if they did an introduction video like the one for iOS 7.

BRING BACK TIGER FOR US! 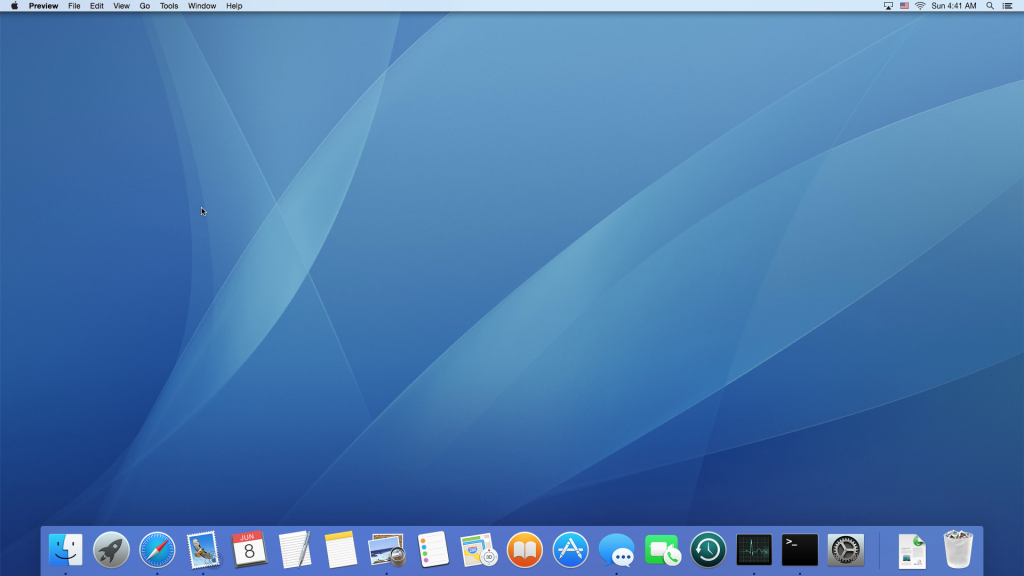 Asclepio said:
BRING BACK TIGER FOR US!

I thought it was Snow Leopard we all wanted back

arkmannj said:
I thought it was Snow Leopard we all wanted back
Click to expand...

Lol true but, when Snow Leopard was first released people were crying that Tiger was the most stable release ever. I can't believe people are still running that OS.
M

If you look on the Apple website for the Yosemite preview, the Finder icon is slightly different from the one in the DP or in this video. The smile is more like the old Finder icon, not as happy as this new icon. I know the Finder icon has been the one icon causing the most contention, so I'm curious if the marketing material on Apple is a more recent design, or if this one is the latest. Also there's some other tweaks, like it doesn't seem the menu bar on Apples site has as much shadow as the menu bar in DP1.
B

myrtlebee said:
The mail and preview icons are totally out of place. They should have went with an iOS-like mail icon and made the contacts icon gray to match the app in iOS. Also, the current iOS iBooks icon should look like the one in Yosemite. Currently it is the same icon as the bookmarks icon in Safari, which makes no sense.
Click to expand...

Maybe they realized that the iOS 7 icons were ugly and have started to design better icons that still fit within the new design philosophy.

iOS 8 was an 's' update and I fully expect the next version of iOS to have a design refresh but not anywhere near as radical as going from iOS 6 to 7.

I am trying to see if I can get the old Dock back, I don't favour the new 2D dock. I might have to copy the old Mavericks dock files and images and replace it with those in OS X Yosemite .

I love the look...Can't wait to get my hands on this.

BillyMatt87 said:
Maybe they realized that the iOS 7 icons were ugly
Click to expand...

nice After Effects video from apple