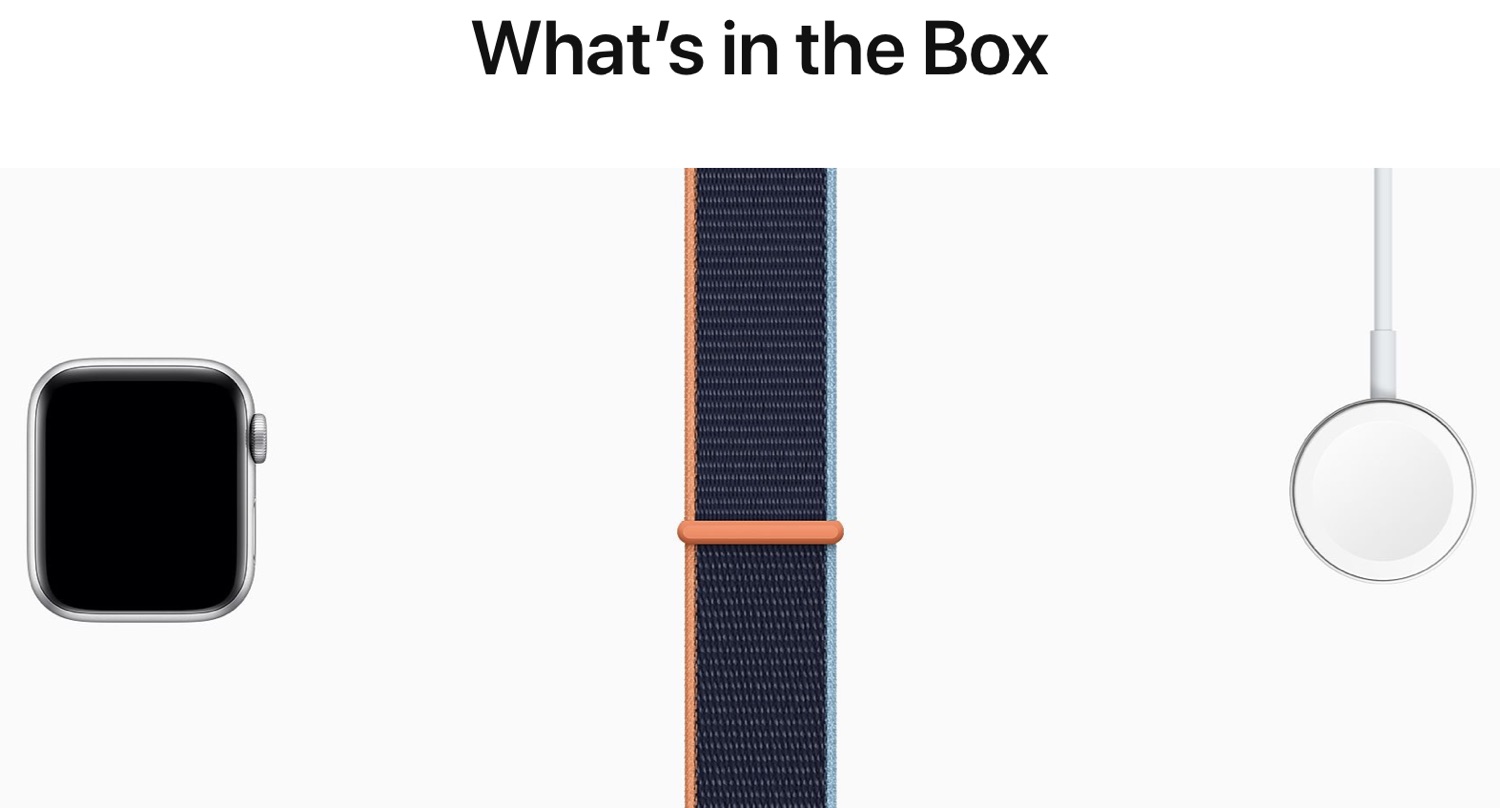 The new Apple Watches continue to ship with a 1m Magnetic Charging Cable, but the 5W power adapter that used to come with a watch is not included in the box for Apple Watch SE and aluminum and stainless steel Apple Watch Series 6 models. Higher-end titanium and Hermès models do, however, continue to include a power adapter.

The new iPad Air that was announced today will continue to ship with a power adapter, however. It includes a new 20W USB-C power adapter that works with the new USB-C port that replaces the Lightning port.

The eighth-generation low-cost iPad also comes with the same 20W power adapter along with a USB-C to Lightning cable for charging purposes.

The new Apple Watch models and the eighth-generation iPad can be purchased from Apple starting today, while the iPad Air will be available in October.

Update: This article was updated to note that titanium and Hermès Apple Watch Series 6 models continue to include a power adapter in the box.

I was ready to buy, and I think they’ve actually convinced me not to...
Reactions: trsblader, ericinboston, Coolkiwi and 21 others

If the iPad has a 20w charger included in the box, there’s still hope for the iPhone.
Reactions: Jony Ive and Co., LeadingHeat, SqlInjection and 7 others

Well this basically confirms the iPhones from here on out will not come with a power adapter.

I wonder what's next, buying cars without wheels?
Reactions: tranceking26, ModusOperandi, jimbobb24 and 37 others

CrazyForCashews said:
Well this basically confirms the iPhones from here on out will not come with a power adapter.

I wonder what's next, buying cars without wheels?
Click to expand...

Whats next? android world to do the same
Reactions: BigMcGuire, Lazy, tranceking26 and 27 others
H

miniyou64 said:
I was ready to buy, and I think they’ve actually convinced me not to...
Click to expand...

You were ready to drop over $400 and changed your mind because a 5W power adapter that you probably already have, and if you don't, can buy for $5, isn't included? Or for some other, more rational reason?
Reactions: Lucas284, BigMcGuire, ericwn and 80 others

Cutting down on packaging really means new and innovative ways to increase profits.
Reactions: mi7chy, Lazy, ModusOperandi and 45 others

Don't mind the iPhone cases and Watch bands in a million colors selling for $39.
Reactions: Lazy, chilly willy, ModusOperandi and 28 others
D

CrazyForCashews said:
Well this basically confirms the iPhones from here on out will not come with a power adapter.
Click to expand...

No this, doesn't confirm anything. On an expected value basis maximum possible damage from removing charger for Apple Watch box is much less than the maximum possible damage of removing charger from iPhone box. Much smaller market to try human reactions on. And "did worth that enviroment move" on the Watch family for them. This still leaves a low probability of pulling this move for the iPhone.
Reactions: Stargher and twocents

I wonder how many people will get one for Christmas and then won't be able to use it as they will get a message "must be charged at least 50%" and etc lol.
Reactions: ModusOperandi, Lukkee24, Jony Ive and Co. and 15 others

fokmik said:
Whats next? android world to do the same
Click to expand...

Then the clothing industry... clothes sold without buttons. We're all going to be walking naked soon.

We really are devolving back to monkeys.
Reactions: ModusOperandi, rafark, tranceking26 and 23 others
4

It’s not a big deal. We don’t need extra power adapters laying around, when most households have at least a few spares and it’s less ‘environmental waste’ anyways.
Reactions: ModusOperandi, BigMcGuire, Lukkee24 and 19 others
M

I'm ok with this. Power adapters are so ubiquitous at this point. It's essentially becoming instant environmental waste. Buying a new phone and switching to the new power adapter even though the old one is still perfectly functional, etc.
Reactions: ModusOperandi, rafark, unoporfavor and 31 others

Relentless Power said:
It’s not a big deal. We don’t need extra power adapters laying around, when most households have at least a few spares and it’s less ‘environmental waste’ anyways.
Click to expand...

I can already see a family of 5 wanting to charge their watches with 1 available charger...
C'mon lol.
Reactions: ModusOperandi, unoporfavor, jimbobb24 and 19 others
W

If it is really the packaging give me the option to pick one up in one of your Stores.
Oh wait, you don’t want that? Huh.

I disagreed with Steve Jobs Apple from time to time. I hate Tim Cook’s Apple sometimes.
Reactions: ModusOperandi, jimbobb24, Marlon DLTH :) and 19 others
A

What I took from it is existing USB-A chargers that we all have won't be included. Usb-C cables/chargers that current iphone users don't have yet will be included.
Reactions: ModusOperandi, Lazy, tranceking26 and 6 others
M

The big thing for me is sure, I have a dozen 5W lying around, but since the iphone has only shipped with higher wattage once so far and I didn't upgrade last year, I don't have one of those yet.
Reactions: ModusOperandi, omglolbbq, LeadingHeat and 5 others
M

Honestly, I’m fine with it. If you have a Watch it implies you have an iPhone...which includes an adapter.
Reactions: ModusOperandi, MacCheetah3, Lazy and 17 others

Grohowiak said:
I can already see a family of 5 wanting to charge their watches with 1 available charger...
C'mon lol.
Click to expand...

These are our future generations. The planet is screwed.
Reactions: ModusOperandi, matrix07, SnakeEater1993 and 4 others

I’m currently tearing up the house looking for a bloody tape measure
Reactions: mbc2237 and compwiz1202

Weird that it has no release date yet. Only October

I like the creative reason they gave for not including a power adapter. I agree, and I decided to not buy the watch so that they can produce less for even better environment.
Reactions: ModusOperandi, Lazy, tranceking26 and 14 others
M