Apple is testing prototype iPhones with significantly larger screens than current models, according to The Wall Street Journal. The report claims Apple has tested models with screens as large as six inches, a significant increase from the 4-inch screen on the iPhone 5, but they are not expected to be released this year. 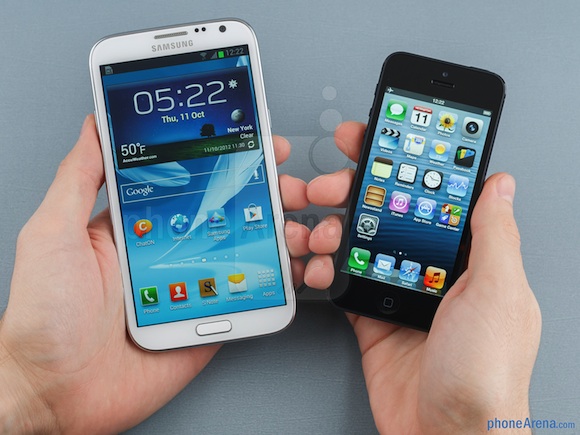 The electronics giant has begun evaluating a plan to offer iPhones with screens ranging from 4.8 inches to as high as six inches, people familiar with the matter say. That would be a sizable leap from the 4-inch screen of the iPhone 5 released last year, and, at the upper end, would be one of the largest on the market.

But people familiar with the company's internal deliberations and plans indicate it appears more willing to move ahead than in years past. Component suppliers say Apple already began testing larger screens for iPhones in recent months. Apple has been particularly interested in recent tests for a 4.8-inch screen, these people say.
Click to expand...

Apple is routinely testing prototype devices and these models might never be released, but this is not the first time that we've heard this rumor. Back in July, the paper reported that Apple was testing larger screens on both the iPad and the iPhone.

MacRumors released a printable papercraft version of a 5-inch iPhone back in February of this year after other rumors of a larger iPhone surfaced.

No need for them to rush on this, but wait until they try to sell this in china and get screwed even more.
Comment

now everyone is going to cry that they don't want a screen this large even though no one is putting a gun to their head to buy one.

now my gf will have two 6 inch devices to play with soon. I'm going to feel jealous.
Comment
R

Not really much of a surprise. You'd expect them to be prototyping all sorts of things.
Comment
M

Don't need or want a 6 inch iPhone. Don't really want a 5 inch iPhone for that matter.

acfusion29 said:
now everyone is going to cry that they don't want a screen this large even though no one is putting a gun to their head to buy one.

There is only one problem with options, accessories. With limited options we get a very strong accessory market. The more options we have, the more fragmented the offerings. This is why the iPhone has some of the best accessory options over all those other guys (Galaxy Sx users are starting to get some of this...but still not as strong).
Comment

I'm all for a bigger screen iPhone.

What's interesting to think about is what they will do with the specs of the device, usually larger devices have better specs simply because there is more internal space, but if they did that then the current iPhone size would no longer be the flagship.
Comment
C

acfusion29 said:
now everyone is going to cry that they don't want a screen this large even though no one is putting a gun to their head to buy one.

Well, just because they might be planning a larger iphone doesn't mean there will be options. They could replace the current screen size for something larger. (Although, not 6 inches.) For me, the current size would be perfect if it were a bit wider.
Comment
2

If only this was going to happen next week.
Comment

6 inch is too BIG

Maybe 4.8 around there is perfect!

I am so ready for a larger screened iPhone. I don't want 6 inches but a 4.5-5 inch screen with edge to edge glass would set the mobile phone on fire. Time to launch this.

Would love to see something announced next week with an on sale date 3 months out...like they did with the original iPhone. Only way to stop the parts leaks. Give us the 5C and announce a new iPhone6 coming before Christmas. Would gladly wait for it.

I just fear this is what we will see next year...13 months is a long time to wait.
Comment
B

Wait. What if this is going to be the distinction between the 5c and the 5s? For all we know, the next iPhone could very well be the iPhone 6. After all, this is a Jobs-less Apple. (Remember new iPads haven't been released yet too. Also "un-Apple" like.)
Comment

Great news! I finally see the light at the end of the tunnel!