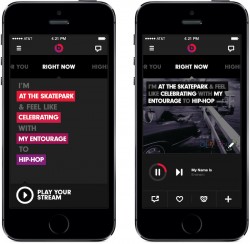 Apple will launch a revamped streaming music service in June at the company's annual Worldwide Developers Conference, according to 9to5Mac and TechCrunch. The report claims the new Beats-based service will debut at Apple's WWDC keynote, likely during the week of June 8, as opposed to an announcement taking place at the upcoming "Spring Forward" media event on March 9.

"Apple currently plans to launch the new music service as part of an iOS 8.4 upgrade for the iPhone, iPad, and iPod touch following WWDC, but a final decision has not yet been made. It's possible that the service will be bundled into iOS 9 this fall, which is expected to have a significant focus on bug fixes and stability improvements."
Click to expand...

As detailed last month, the purported streaming music service is expected to cost up to $7.99 per month, a few dollars cheaper than Apple-owned Beats Music and competitors such as Spotify, Rdio and Google Play Music. The service will be deeply integrated into iTunes on Mac and the stock Music app for iPhone, iPad and iPod touch, and apps will also be available for Apple TV and Android.

Apple is developing its first in-house Android application for the upcoming streaming music service, one of the rarer times that the iPhone maker offers cross-platform support for its products and services. Nevertheless, as the release of iTunes for Windows in the early 2000s helped drive sales of the iPod, expanding beyond the iPhone, iPad and Mac will provide Apple with a much larger pool of potential subscribers in the competitive streaming music market.

Apple is also reportedly wrapping up development of its next-generation Apple TV set-top box that could ship with an improved, tactile remote control and all-new operating system bundled with an App Store. Apple allegedly planned to release a new Apple TV as soon as this month, but the release may be delayed until later this year or beyond until Apple reaches agreements with more content providers like HBO Now.

Feels like the new Apple TV has been just around the corner for about 3 years.
S

time to retitle this site, "According to 9to5Mac."
M

Will Google get (or ask for) 30% of the monthly subscription fee?
D

I'm holding back on the excitement until it happens in the UK - unlike iTunes Radio.
B

samcraig said:
Will Google get (or ask for) 30% of the monthly subscription fee?
Click to expand...

If they do, Apple could set it up so that people can subscribe to the service through iTunes on their computers and then just access it with an Android app. Same way Amazon gets around it for Kindle app.

They never unveil the newest iOS until June. Should they just stop working on iOS 8 at some random point?
W

ButteryScrollin said:
Feels like the new Apple TV has been just around the corner for about 3 years.
Click to expand...

Just wait until the new Campus is complete....with no corners things will take MUCH longer
T

So I guess after the iPad Pro, Retina Mac Book Air and the revamped Beats-streaming service already being pushed to some time later this year the apple watch will be next ... srsly, everything you rumored during the last 2(?) days is suddenly postponed. Whats wrong with your sources?
F

Apple is also reportedly wrapping up development of its next-generation Apple TV set-top box that could ship with an improved, tactile remote control and all-new operating system bundled with an App Store.
Click to expand...

Please let it be so!

Oh, look, another US-only feature.
B

So will the music app be completely revamped and improved or will it just be a tacked on feature a la iTunes radio?

Shipping the music service with 8.4 means that devices who will be excluded from iOS 9 support will still be able to generate revenue on the new service.
T

8.4 will probably launch in June after WWDC, letting people access the streaming music service straight away, rather than waiting for September when iOS 9 will be released
W

From 9 to 5 Mac and TechCrunch.

I'd feel more confident if it were more Bloomberg and Wall Street Journal. That being said, I didn't check the sources for 9/5 and Tech if any were listed.

Wait, then when is iOS 8.3 coming and what will that include?

High fidelity audio + streaming everything is a match made in AT&T, Verizion, etc heaven. Burn that bandwidth baby, burn it! Fees for rolling into higher tiers? Who cares? "The future is the cloud"
Last edited: Mar 5, 2015
B

DarkWinter said:
I'm holding back on the excitement until it happens in the UK - unlike iTunes Radio.
Click to expand...

iTunes Radio sucks..... No need to wait for it

They have no clue what music I like..... I give a list of artists for a station and get horrible music selections returned. Also the way to like & not like music is not very user friendly. Pandora works way better for me.

hopefully with a different Ui. idk why but the whole dark and black on pink looks very un-apple and makes no sense with the rest of their color scheme. looks very android <4.0

BruiserB said:
If they do, Apple could set it up so that people can subscribe to the service through iTunes on their computers and then just access it with an Android app. Same way Amazon gets around it for Kindle app.
Click to expand...

Yes they could but why would a consumer want to do that? It's not intuitive and introduces steps where none are needed. Apple is known for making things easier not harder. How would you market "Hey if you want this app you're going to need to put down your device, go to your computer and subscribe, then you can use your app." That's the antithesis of easy.

I think the cross platform availability is smart of Apple. I'm pretty sure they realize music services need subscribers and depending on their own user base alone would not lead to a sustainable product.
K

It'd be great if they combined streaming with iTunes match (including ad free iTunes radio) for one low price.
C