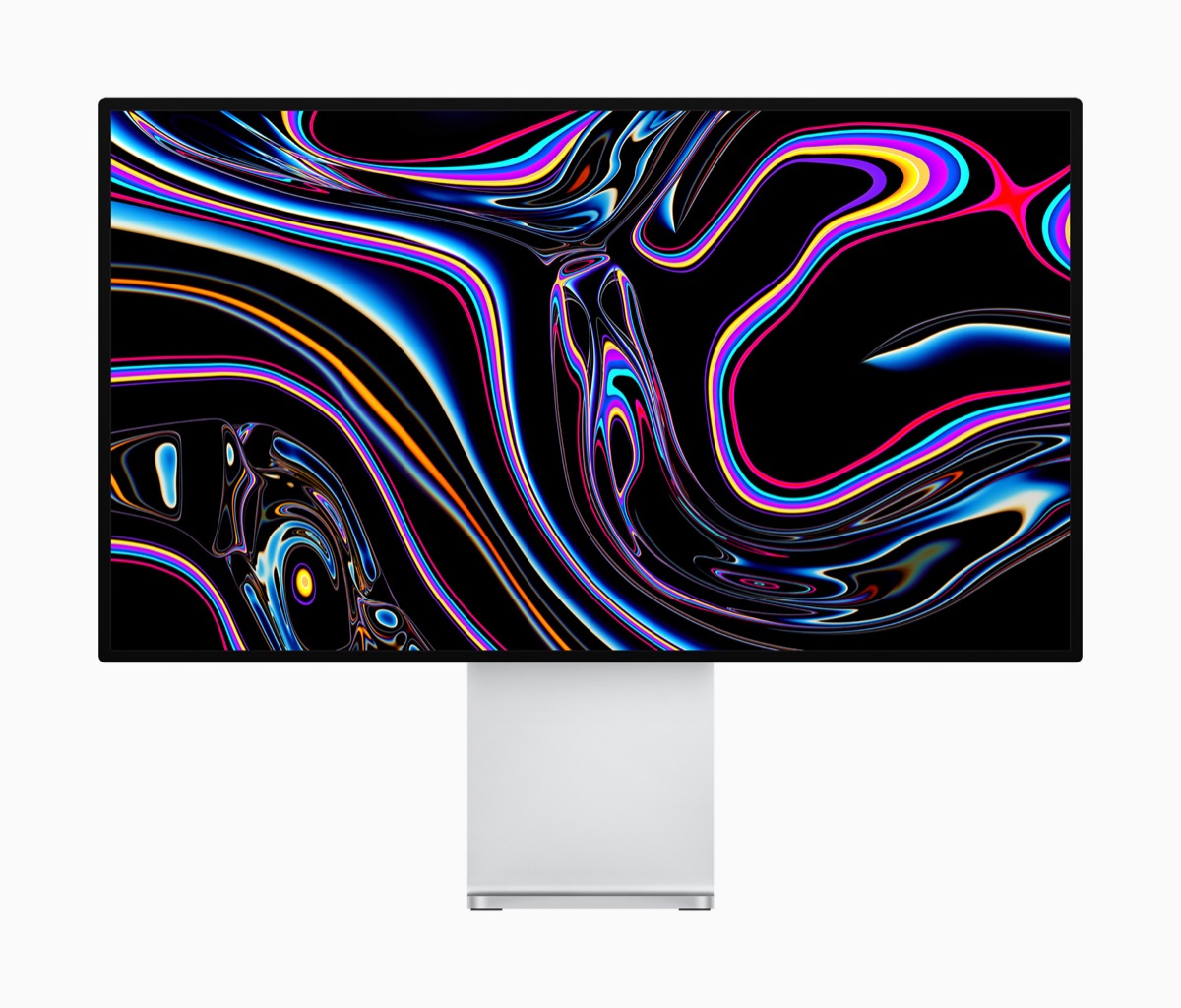 Called the Pro Display XDR, the new LCD monitor features a 6,016 x 3,384 resolution display and 20 million pixels. It uses a direct backlighting system with a large array of LEDs, able to produce 1,000 nits of full-screen brightness and 1,600 nits of peak brightness.

It's more than 40 percent bigger than Apple's iMac 5K display, and offers users P3 wide color, 10-bit, and several reference modes. The new screen has a 1,000,000:1 contrast ratio and can maintain 1,000 nits of full-screen brightness indefinitely.

The Pro display also features Thunderbolt 3, which enables two monitors to run off a single power source, and up to four displays to be connected together for more screen real estate.

Priced from $4,999, the new monitors feature an anti-reflective coating, and a matte option is also available. The Pro Stand, which is sold separately for $999, provides both tilt and height adjustment, allowing Pro Display XDR to rotate into portrait mode. A VESA Mount Adapter will also be available for $199.

The new monitor and optional extras will be available to order from this fall.

$999 for the stand. The groan from the audience was hilarious.
Reactions: David G., castlerock, iShater and 151 others
Comment
S

Oh man, did you hear the audible discord when they announced the Mac Pro stand would cost 999$?! What were they thinking!? They made it seem like it was a whole unit, not separate buys, GREED! lol
Reactions: Clocksetbyfeel, brandonboo20, hetrigger and 53 others
Comment
M

They were doing so well. Then 999 for that stand.
Reactions: Kram Sacul, Clocksetbyfeel, brandonboo20 and 54 others
Comment

$1k for the stand. Even the crowd laughed at that.
Reactions: lionkin, Clocksetbyfeel, brandonboo20 and 39 others
Comment
D

BradWI said:
$999 for the stand. The groan from the audience was hilarious.
Click to expand...

The audience is pretty cringe clapping at everything like robots lol
Reactions: filmbuff, ex0dus1985, LiveM and 11 others
Comment

The price of the stand hurt. It’s great hardware, but there’s always that punch when pricing is announced.
Reactions: Austin Chow, LiveM, Menneisyys2 and 10 others
Comment
S

It might be cheaper to hire an intern to hold your pro display!
Reactions: Detnator, iShater, Cameroncafe10a and 88 others
Comment

I believe the stand is overpriced so they won’t really have to sell it. Most will just mount these anyways.
Reactions: NY Guitarist, kironin, erniefairchild1 and 2 others
Comment

The audience’s reaction the to stand’s price tells it all
Reactions: kalsta, LiveM, Menneisyys2 and 10 others
Comment

The fact that a $5,000 display doesn't come with the stand is beyond absurd. Not that it was ever within my reach, at that price point, but damn.
Reactions: macbookguy, Kram Sacul, Clocksetbyfeel and 56 others
Comment
D 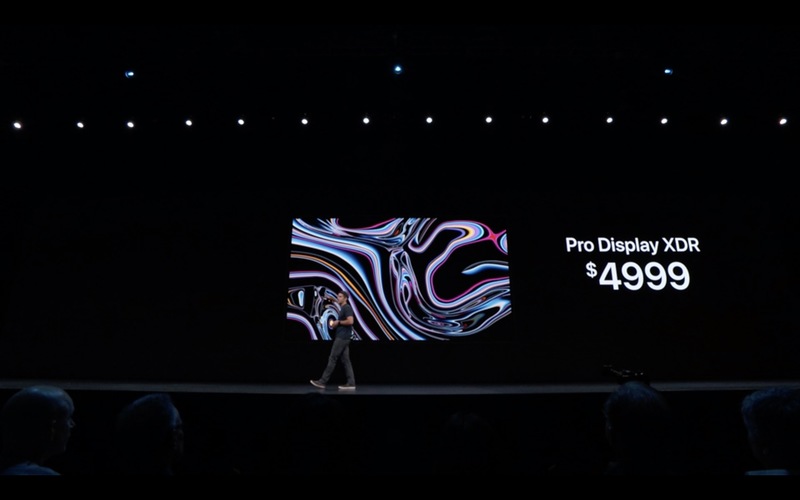 It's includes a 1,000,000:1 contrast ratio and can maintain 1000 nits of full-screen brightness indefinitely. The Pro display has Thunderbolt 3 which enables up to four displays to be connected.

Priced from $4,999 and available this fall, the new display is rotatable for Portrait Mode editing and also features an anti-reflective coating and is available a matte option.

Glad they priced it at a point where I don’t have to worry about affording to buy one. Because I can’t.
Reactions: LethalOptical, filmbuff, hetrigger and 21 others
Comment

Should be a great opportunity for third parties to make stands matching the monitor’s aesthetics maybe with some added functionality/ports built in at much less than $999.
Reactions: macbookguy, LiveM, ScholarsInk and 23 others
Comment

$4999 and no OLED? What nonsense is this?
Reactions: CPTmom2wp, Kram Sacul, Clocksetbyfeel and 18 others
Comment
N

It took true courage to make it that modular.
Reactions: LiveM, mrxak, imageWIS and 5 others
Comment

If you can’t afford it, you’re not the target market. Those who use them as tools to make money—the target market—will be satisfied. Complaints by whiners are meaningless.

Caliber26 said:
The fact that a $5,000 display doesn't come with the stand is beyond absurd. Not that it was ever within my reach, at that price point, but damn.
Click to expand...

If you want the best you have to pay for it; and this thing is insane value. If you need all the features that it contains - regardless of how big that market is - then the price won't be an issue.
Last edited: Jun 3, 2019
Reactions: JTBing, diandi, mburkhard and 9 others
Comment
N

It’s a shame it’s not 120fps.
Reactions: LiveM, peter2, mrxak and 6 others
Comment
A

PickUrPoison said:
If you can’t afford it, you’re not the target market.
Click to expand...

And that's 95% of all consumers.
Reactions: Menneisyys2, macbeta and J.J. Sefton
Comment

aidler said:
And that's 95% of all consumers.
Click to expand...

Exactly. Like the Mac Pro, it’s a product for corporate/enterprise/professionals. The revenue they generate from these products makes their purchase a no-brainer.

Notice how she flinched when people groaned about the 999 stand
Reactions: LiveM, Aston441, Menneisyys2 and 10 others
Comment