Apple Pay on iPhone is a convenient and secure way to make payments without taking a debit or credit card out of your wallet, but you still need to take the smartphone out of your pocket to make a purchase. For that reason, Apple Pay has proven more transformative on Apple Watch, since the device is worn on the wrist and readily available for contactless payments.

Apple Pay with a phone is still just taking something out of your pocket. Not transformative. With a watch it's amazing. End of friction - Benedict Evans (@BenedictEvans) June 28, 2015
Click to expand...

The latest data from research firm Wristly supports that notion, with 80% of the over 1,000 respondents surveyed in the U.S. and U.K. claiming they have used Apple Pay on an Apple Watch at least once. The remaining 20% of respondents indicated they "do not perceive a benefit" to Apple Pay, have security concerns or believe their payment needs are already being met. 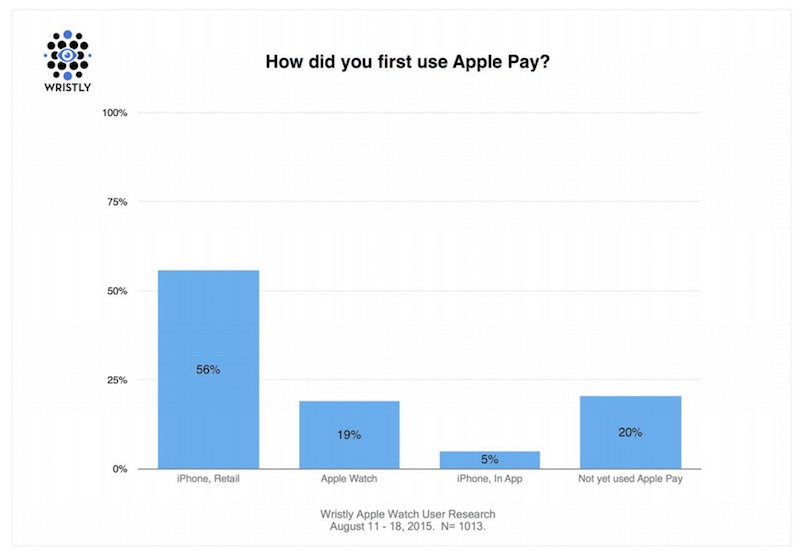 Just over half (51%) of respondents described using Apple Pay on the Apple Watch as "magical," an adjective often used by late Apple co-founder Steve Jobs, while 42% indicated that the service is "convenient." An additional 3% of respondents said Apple Pay is "good," but with some areas of concern, and the remaining 4% of users found Apple Pay "not that useful."

Apple Pay on the watch is very convenient. Unfortunately, not enough retailers accept Apple Pay yet.
Reactions: laurim, mrcobra92, BrandonHacks and 10 others
Comment

Well, you have to use it for something!
Reactions: AleXXXa, Hastings101, Benjamin Frost and 6 others
Comment
F

i loved it - but i returned the watch in the end. Just could not get it comfortable on my wrist.
Reactions: AleXXXa and Benjamin Frost
Comment

I concur with this. Easy to use and it's never not worked for me. Now we just need Pay in more locations.
Reactions: laurim, DreaminDirector, greatrace53 and 10 others
Comment
Q

I love Apple Pay on my Apple Watch. I never use it on the iPhone. Infact Apple Pay is so quick i sometimes think i have not paid.
Reactions: greatrace53, Karma*Police, hybroid and 4 others
Comment
M

Yeah, but you have to lift your wrist all the way up to the counter with the apple watch! Sooo exhausting!
Last edited: Aug 18, 2015
Reactions: Lazy, SusanK, gadgetguy03 and 7 others
Comment

Pay on my iPhone 6, though a lot of places I shop in-person still don't offer it.
Reactions: Benjamin Frost
Comment

Tired of these Wristly reports now. The company exists to hype the Apple Watch and similar platforms for their own benefit...

Our vision is to contribute to the Apple Watch success by delivering innovative tools and services to developers and marketers of the platform.
Click to expand...

Society is getting lazier and lazier. Too much effort with a wallet eh? Sheesh.
Reactions: Mactendo, one more and GenesisST
Comment

mw360 said:
Tired of these Wristly reports now. The company exists to hype the Apple Watch and similar platforms for their own benefit...
Click to expand...

lcseds said:
Society is getting lazier and lazier. Too much effort with a wallet eh? Sheesh.
Click to expand...

So anything convenient is lazy?

bbeagle said:
So anything convenient is lazy?

I guess Remote controls are just for lazy people?
Click to expand...

You gotta draw the line somewhere. Seen the movie Wall-E yet? Once everything becomes convenient as you say, we will be doing next to nothing. Just sayin'
Reactions: Mactendo, one more and Benjamin Frost
Comment
B

I have been behind a few people trying to use Apple Pay on their watch and it certainly isn't convenient for me to watch them make several attempts before pulling out their wallets and paying in cash.
Reactions: Benjamin Frost
Comment

"Transformative" seems a little strong. Now if Apple Pay could raise the dead or allow me to live forever...
Reactions: Benjamin Frost, sss4r and Oblivious.Robot
Comment

I dunno - something about paying with using your fingerprint on my iPhone seems so badass
Reactions: Jason83 and Sandstorm
Comment

It's not exactly payment but I stayed in Brussels last weekend at a SPG hotel that allowed me to open the hotel door with Apple Watch. A great experience http://verkeersbureaus.info/contributors/2015/08/18/67020-met-apple-watch-je-hotelkamer-openen/ 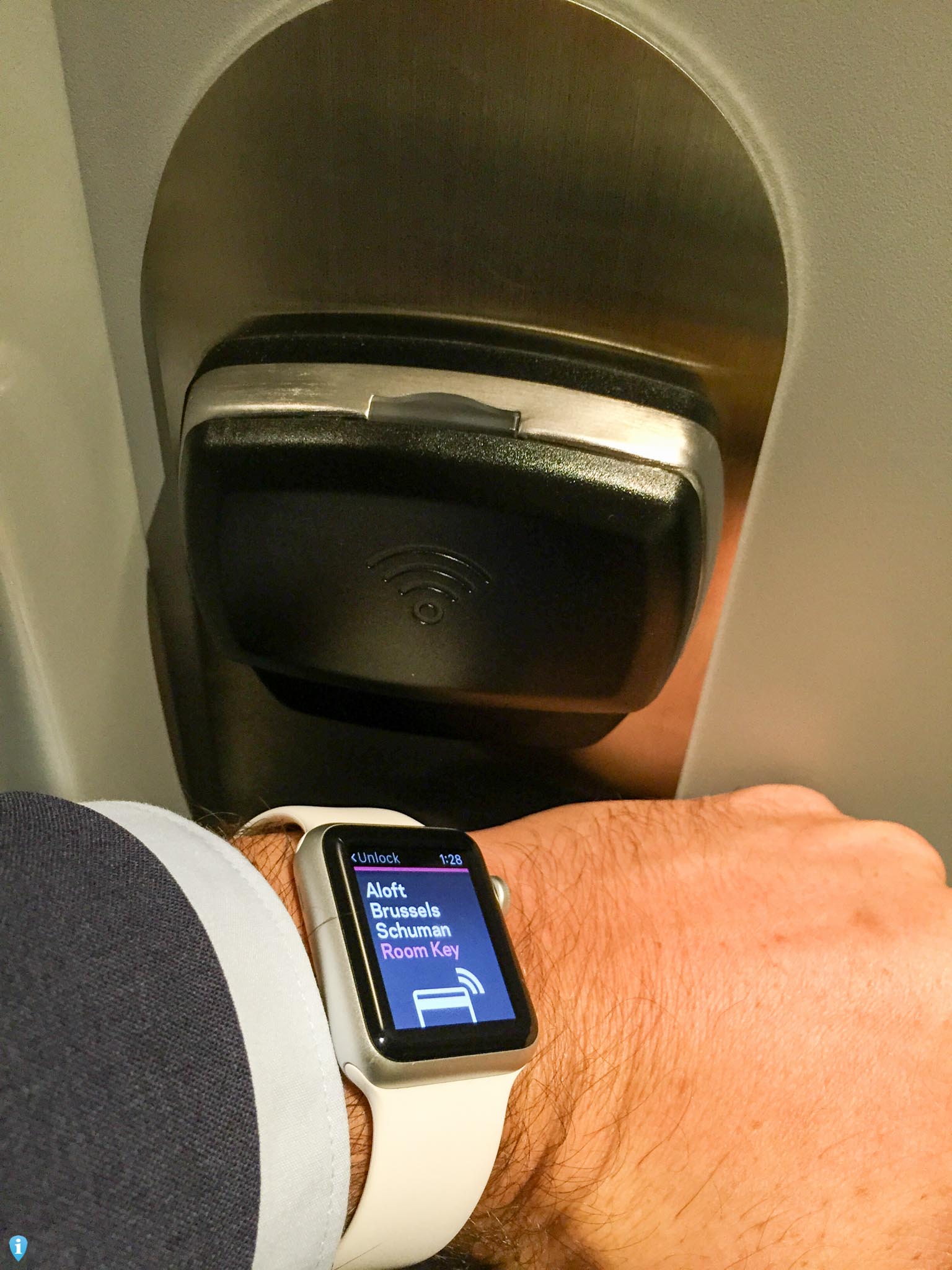 barkomatic said:
I have been behind a few people trying to use Apple Pay on their watch and it certainly isn't convenient for me to watch them make several attempts before pulling out their wallets and paying in cash.
Click to expand...

And yet I've never had it fail once. Interesting.
Reactions: BrandonHacks, StyxMaker, driceman and 8 others
Comment
F

lcseds said:
You gotta draw the line somewhere. Seen the movie Wall-E yet? Once everything becomes convenient as you say, we will be doing next to nothing. Just sayin'
Click to expand...

Wall-E is satire... Not a foretelling!

Since I got the watch I've used Apple Pay (and Starbucks and movie tickets and plane tickets) on it everywhere I can.

Is it possible that convenience gives us more time to do the things we want (like exercise, spending time with family, playing with the dog, going on an evening walk) rather than the things we have to do (like paying for stuff)?

Nah - convenience must be all about just making us fat and lazy /s
Reactions: Flunkyturtle, BrandonHacks, Rockondevil and 16 others
Comment

barkomatic said:
I have been behind a few people trying to use Apple Pay on their watch and it certainly isn't convenient for me to watch them make several attempts before pulling out their wallets and paying in cash.
Click to expand...

Well you've obviously never been behind me then as I've never had that experience.
Reactions: BrandonHacks, driceman, Karma*Police and 3 others
Comment

Rogifan said:
What exactly is their benefit?
Click to expand...

Given that surveys based on self selection aren't worth the pixels they're printed on: the only benefits of this survey are to generate through traffic to their web site and to generate publicity for their brand.
Reactions: Mactendo, commodorepet and Benjamin Frost
Comment

RichTF said:
And yet I've never had it fail once. Interesting.
Click to expand...

Same results for me. I think I've had better luck with the watch than the phone. Every time I use it the cashier and anyone in line near me is like "What did you just do?"
Reactions: RichTF, ikenstein and patjem
Comment