Following a report from analyst Ming-Chi Kuo suggesting the next-generation "iPhone 8" will do away with a Touch ID fingerprint sensor entirely, Bloomberg says Apple is working on an "improved" security system that will let customers unlock their iPhones and make Apple Pay payments with facial recognition technology.

Apple's new facial recognition engine is powered by a 3D sensor rumored to be built into the front-facing camera, and according to Bloomberg's sources, Apple is also said to be testing eye scanning to "augment the system." Using facial recognition, the iPhone can be unlocked within a few hundred milliseconds and it allegedly works even when the device is lying on a table. It's said to capture more data points than a fingerprint scan, making it more secure than Touch ID. 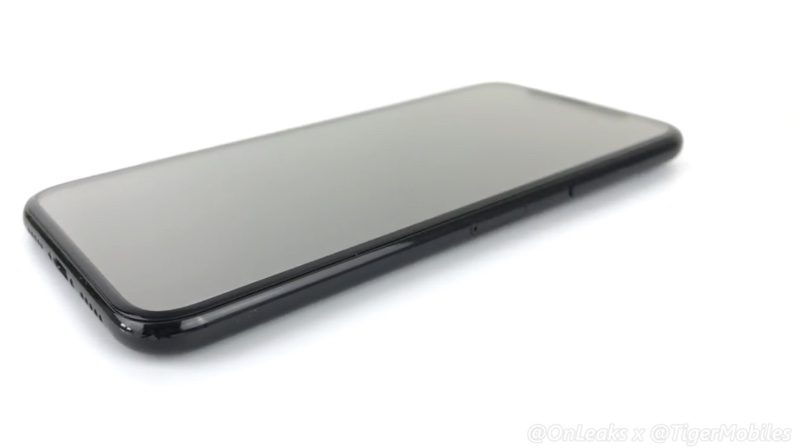 The sensor's speed and accuracy are focal points of the feature. It can scan a user's face and unlock the iPhone within a few hundred milliseconds, the person said. It is designed to work even if the device is laying flat on a table, rather than just close up to the face. The feature is still being tested and may not appear with the new device. However, the intent is for it to replace the Touch ID fingerprint scanner, according to the person. An Apple spokesman declined to comment.
Click to expand...

Samsung built a similar feature, iris scanning, into its Galaxy S8, which has not proven to be foolproof. Hackers have successfully bypassed the feature using a printed photo with a contact lens on top of it, and in a video, a launch version of the S8 was shown being fooled by a photograph alone.


Apple's solution is said to be more secure because it is using 3D depth perception, preventing it from being bypassed by 2D pictures.

Bloomberg warns that the feature is "still being tested" and that Apple could have decided to nix it, so it continues to be unclear if the iPhone 8 will indeed do away with Touch ID entirely in favor of facial recognition.

Rumors surrounding Touch ID in the iPhone 8 have been all over the place during the course of the last few months. Apple was rumored to be having difficulty embedding the Touch ID fingerprint sensor under the display of the device and explored other solutions including a rear Touch ID button, but the company's final solution remains up in the air. What we do know is that the most recent dummy models and part leaks show a display without a Touch ID button, suggesting it's either under the display or non-existent.

Today's report also includes a quick mention that Apple is testing faster displays with ProMotion technology for the iPhone 8. ProMotion display technology, which features a 120Hz refresh rate for improvements to motion and animations, was first introduced in 2017 iPad Pro models.

What if we use our iPhone in the night and if we have a black skin ? ;(
Reactions: Jd3774life, Razeus, macworksgreat and 34 others

This better work better and be more secure than Touch ID or else people will scream..
Reactions: Jd3774life, Shirasaki, Glockworkorange and 9 others

I'm assuming it us using IR. Either that or it triggers homeKit when you pick up the phone after dusk to turn on all of the lights in your house
Reactions: Jd3774life, bigjnyc, Theophil1971 and 8 others

Maybe this is what will be employed in the new iMac Pro? Since a secure enclave type chip is in there & the new desktop keyboard doesn't have touch ID...
Reactions: thekeyring, ScottButler, apolloa and 3 others

I mean, if I steal Bill Gates phone and I rush to Madame Tussaud's Wax Museum would i gain access to his bank accounts by taking a selfie with his statue ?
Reactions: S G, ColdShadow, macnisse and 20 others

So...if the police have your phone and want to unlock it they just point it at your face now?
Reactions: Mainyehc, Europolit, nighthawk67 and 76 others

I have never heard of the Touch ID being manipulated - I think it would be much more secure than facial/iris recognition.
Reactions: ColdShadow, Precursor, AppleFan1998 and 4 others

I am hoping this is just "fake news" from Apple so when they show off Touch ID embedded in the screen it will be all the more sweeter.
Reactions: Mainyehc, nighthawk67, Jd3774life and 25 others

Bloomberg suggests that Apple is testing this. That can't be the case for a TouchID replacement. It is far to close to launch to see if facial recognition can sufficiently replace TouchID and still have time for a TouchID solution. TouchID would already have to be in place.
Reactions: Mainyehc, lkalliance, V.K. and 14 others
T

Juli, thanks for the accurate reporting that this is something still being worked on. Other sites are using click bait headlines that "Apple is replacing Touch ID" when that's not even what the article states.

I will have to take a hard pass if it doesn't have TouchID. Most of the time Apple Pay is ready before I even finish pulling the phone out of my pocket. What's the point in wasting all of that time to look like an idiot trying to take a selfie and holding up the line instead of paying?
Reactions: Cigsm, 123, Mainyehc and 27 others
G

So with Touch ID the criminals could just hack off your fingers to unlock your phone.

Now the hooligans will cut off your head!
Reactions: Mainyehc, nighthawk67, IG88 and 9 others
W

I hate everything this stands for. The fingerprint is universal, doesn't change, and already works.

Faces change. People grow up, gain/lose weight. Too many variables. This is a solution looking for a problem that they already solved.
Reactions: Mainyehc, Jd3774life, lkalliance and 27 others

jclardy said:
So...if the police have your phone and want to unlock it they just point it at your face now?
Click to expand...

Or anyone else.
Reactions: uhaas, Smithwicks, Pufichek and 6 others

I think that, in order for this to be the case, Apple must have found a way for IR facial recognition to work at arms length from the face with fast/reliable capabilities. No one is going to use facial recognition to unlock and then hold the phone up to a card reader for NFC (or vice versa). It has to be one easy motion as it already is today.
Reactions: Dave FL, BlueTide and samden
J

Cashier: "That'll be $22 please"
Me: *take phone out of pocket and awkwardly looks at it, then pays*
Reactions: kyykesko, nighthawk67, JoEw and 13 others
W

What a security nightmare. Now owners stand no chance of refusing to unlock when under duress.
Reactions: lkalliance, uhaas, JoEw and 12 others

Always turn the phone off before encountering law enforcement (if possible - e.g. traffic stop). Then the passcode is required to unlock the phone.
Reactions: chrisbru, AlphaTeam, grobik and 9 others

I don’t think it’ll be an issue honestly. While I don’t have dark skin, I regularly use Windows Hello in the dark and it unlocks instantly with my camera. I’m assuming they’ll be using similar technology since my camera uses depth also, it works frighteningly well.
O

It's too late for them to be "considering" and "testing" this for the new iPhone. They would have to already have everything in the hardware plan for this to be ready for shipping in a few months. Unless they already had it before and just need to make some IOS software updates. Then they could jettison the Touch ID under glass if it wasn't working and fall back on this.
Reactions: JoEw, metsjetsfan, tyasjs and 2 others

morcutt11 said:
Always turn the phone off before encountering law enforcement (if possible - e.g. traffic stop). Then the passcode is required to unlock the phone.
Click to expand...

I think that cops need a warrant to force you to unlock the phone with fingerprints.
Not sure about facial recognition, as the face is kinda ... public.
Reactions: agsystems, Dave FL and redbeard331