Apple's iPhone XR, released in late October, has been outselling the iPhone XS and XS Max every day since it first launched, Apple's VP of product marketing Greg Joswiak told CNET in an interview published today.

Priced starting at $749, a more affordable price tag than the $999 iPhone XS or $1,099 iPhone XS Max, the iPhone XR was Apple's "most popular iPhone each and every day" since it became available for purchase.

Though the iPhone XR has been outselling Apple's more expensive iPhones, rumors have suggested that it is not selling quite as well as Apple expected. Apple has reportedly cut both iPhone XS and iPhone XR orders following lower-than-expected demand. Apple is said to have slashed iPhone XR production by up to a third.

Joswiak did not comment on reports of iPhone XR production cuts, and instead reiterated his statement that the device is Apple's best selling iPhone at the current point in time.

In addition to providing details on iPhone XR sales, Joswiak said that Apple will again promote World AIDS Day on Saturday, December 1. $1 of every Apple Pay purchase made at an Apple Store, the Apple Store app, or through the Apple website from December 1 to December 7 will be donated.

"Not only does each purchase bring us closer to an AIDS-free generation, but every dollar provides five days of life-saving medicine," said Joswiak.

Apple also plans to turn the Apple logos at 125 of its stores red, as it has done in past years, and at 400 additional stores, red decals will be placed over Apple logos. Apple does not plan to offer any special promotions in the App Store this year.

Apple has long supported AIDS research through its RED partnership, which sees it offering (PRODUCT)RED themed devices and donating a portion of the purchase price. Apple in October alongside other iPhone XR models launched a (PRODUCT)RED version of the iPhone XR, which Joswiak said is "incredibly" important to Apple. "It's hard to think of a higher calling than selling products that save people's lives," he said.

Article Link: Apple's New iPhone XR Has Been the Most Popular and Best Selling iPhone Since October Launch

Not surprising, catered for the masses.
Reactions: madKIR
Comment

Just need the share price to tank some more and they'll resurrect the SE.
Reactions: falcn, adamdport, Jg75 and 20 others
Comment
L

Wow. Sales for the XS and XS Max must be REALLY bad.

I’ve been an iPhone guy since the beginning. I’ve owned nearly every iteration.

I didn’t upgrade to the X last year and this year I went a little crazy and ordered a Pixel 3 XL.
Reactions: Chidi, TAJones99, JojoTom and 42 others
Comment

yes because this is cheaper and the X and Xs are the same
Reactions: usersince86, LiveM, WoodpeckerBaby and 1 other person
Comment
X

But this doesn't fit with "it's the worst iPhone ever' rabble I have been hearing.
Reactions: Jovijoker, Broadus, Deelron and 6 others
Comment
I

Do you see red at the end of this HDR video?

Yep best iPhone I've had since the 4S, and I have used them all before that and after that. Except 8 and X.
Last edited: Nov 28, 2018
Reactions: jonnyb098 and Jovijoker
Comment

It can simultaneously be the best-selling iPhone model and not sell according to management's expectations.
Reactions: thejadedmonkey, rafark, ijbond and 40 others
Comment

The average consumer won’t see the value in OLED or 3D Touch as much as the value of saving $250 or more depending on storage so this is not surprising. Happy XR owner since launch here!
Reactions: LCC0256, TantalizedMind, Disneymom2003 and 22 others
Comment
A

I guess Jos didn't get the memo that they weren't going to be disclosing iPhone sales numbers anymore -- let alone details about which model was selling best. Although, I don't think anyone will be surprised by the fact that a phone starting at $750 USD outsells phones that start at $1,000 USD.
Last edited: Nov 28, 2018
Reactions: ijbond, mburkhard, timeconsumer and 5 others
Comment

levitynyc said:
Wow. Sales for the XS and XS Max must be REALLY bad.

I’ve been an iPhone guy since the beginning. I’ve owned nearly every iteration.

I didn’t upgrade to the X last year and this year I went a little crazy and ordered a Pixel 3 XL.
Click to expand...

Much more likely that the analysts are all wrong, as usual, and sales of all models is great.
Reactions: Pufichek, BlueParadox, emmanoelle and 11 others
Comment
A

Out of the poor selling phones it sold the most. Winning.
Reactions: rafark, WitneySi, Marekul and 18 others
Comment 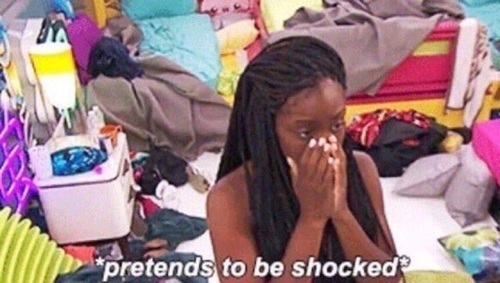 I'd pay $1000 for iPhone XS if it didn't use PWM technology to control backlighting.
Reactions: powerslave12r, timeconsumer, Menneisyys2 and 8 others
Comment

Wanna catch a movie or something while we're waiting?
Reactions: Lowhangers, wyarp and WBRacing
Comment
R

BrooksA said:
Just need the share price to tank some more and they'll resurrect the SE.
Click to expand...

Haha. But you no longer break down the sales numbers to share holders. So how do we know?
Reactions: Oblivious.Robot, MyMacintosh, MarioPhone96 and 4 others
Comment
K

How is this an indication of anything except that iPhone XS and XS Max are not selling well?

No real numbers, and comparative figures from before.

He gives a relative sales figure, and the share holders are supposed to be elated that Apple has done something great with this year's iPhones!

It worked; since this statement from around noon today, AAPL has gone up $6, a near 4% jump for the day!
Reactions: timeconsumer, Oblivious.Robot, MyMacintosh and 6 others
Comment
L

If they produce another Xr next year, I'll upgrade from my X. I'm not a camera buff and don't take many pictures, so I don't mind losing the other lens. It's not as bulky as the Max. It fits right in where I want the size to be. I'd probably get yellow. I don't know why.
Reactions: absynth, Sasparilla and ikir
Comment
You must log in or register to reply here.
Share:
Facebook Twitter Reddit Email Share Link
Register on MacRumors! This sidebar will go away, and you'll see fewer ads.
Sign Up
Top Bottom