Apple this morning announced an event that's set to be held on September 15, and since Apple holds an iPhone-focused event every fall one might assume that the upcoming event will see the unveiling of the iPhone 12 lineup, but Bloomberg's Mark Gurman suggests that's not the case. 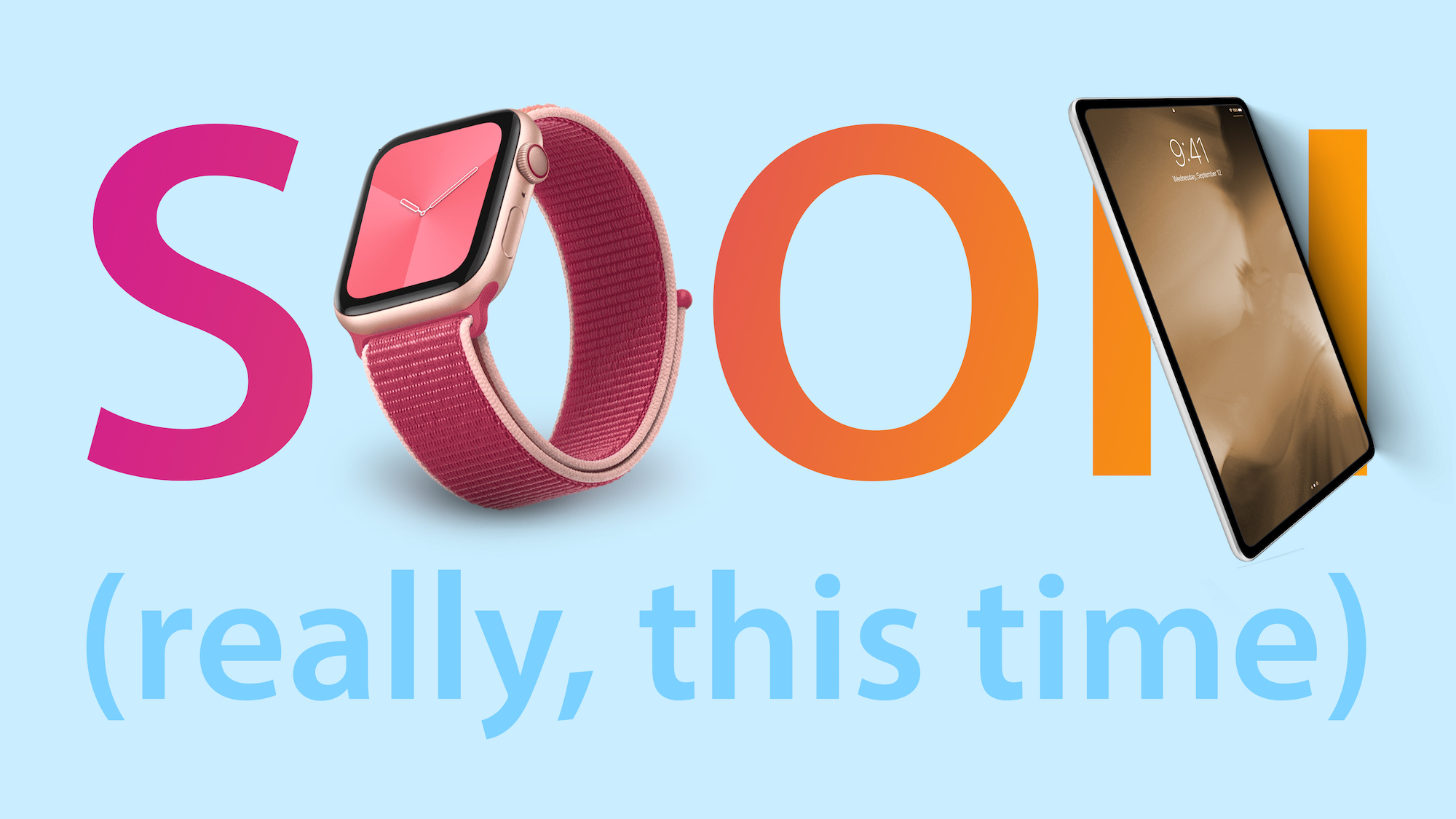 According to Gurman, Apple will not announce the iPhone until October, which means the September event could instead feature new iPads and Apple Watch models. BuzzFeed's John Paczkowski has confirmed in a tweet that says "Don't hold your breath for the new iPhone."

A September event that does not include the new iPhone models would be unusual, but this year's iPhone lineup is delayed, as Apple confirmed in July. Apple is expecting the iPhone 12 models to launch a couple of weeks later than normal, with the devices set to debut in October rather than September.

The iPhone 12 launch is also expected to be staggered with the more affordable models coming out ahead of the Pro models, and that further delay could be another reason why Apple might want to hold an iPhone announcement until October.

Apple is working on the Apple Watch Series 6, which is expected to feature blood oxygen monitoring as a major new addition. There have also been multiple rumors of a 10.8 to 11-inch iPad model with an edge-to-edge display and Touch ID either built into the Power button or the display, and that device is expected to be an iPad Air.

If there's no iPhone, we could also see other rumored products like the first Arm-based Mac (which is rumored to be a 13-inch MacBook Pro), over-ear "AirPods Studio" headphones, AirTags, and a smaller HomePod, all of which have been rumored for a fall launch.

The September 15 event could also see the release of iOS 14, watchOS 7, tvOS 14, and macOS Big Sur, which have been in beta testing since June.

Article Link: Apple's September 15 Event Said to Be Focused on iPad and Apple Watch, Not iPhones

That seems odd, but so has everything in the year 2020.
Reactions: HornbackMD, PhillyGuy72, Statusnone88 and 24 others

Just as long as we get a date for iOS 14. I doubt they will wait until October to release it. Maybe the end of September.
Reactions: Statusnone88, Ghost31, MicrowavedGerbil and 9 others

Has an iPhone ever been announced after the summer?
T

rafark said:
Has an iPhone ever been announced after the summer?
Click to expand...

Prob they would launch iOS14 or give the date for launch especially if the watch and Watch OS7 launches after the event?
Reactions: -BigMac-

They have to announce an iPhone because of the color Blue? NO???
Reactions: The Matt George, PaulpBenitti, AuraSphere999999 and 3 others

I know it is the 40th anniversary of the Apple III. So we get a new retro Apple III this year
Reactions: kiri09, SkippyThorson, erniefairchild1 and 2 others
M

Dang. I was hoping to at least get a date. Watch, iPad Air, iPad, AirTags (?), AirPods Studio (?), Apple TV (?) it is then. Some of the question marks will be pushed to October with the iPhone I assume. I'd guess the first Silicon mac comes at the October event too.
Last edited: Sep 8, 2020
Reactions: Marlon DLTH :)

To be frank, no one except rabid fans expected it be about iPhone.

*angry noises* it is what it is, but i would prefer to see them next week even if they would ship them in november
Reactions: HornbackMD, The Matt George, Ghost31 and 5 others

So the event will probably be shorter than the usual 2 hours, surely they can’t spend 2 hours talking about the iPad Air and the Apple Watch. iPhone is usually the device that takes them a lot longer to talk about. Especially if the Series 6 Watch is just a small update.

I wonder if they will throw something else in there, maybe ARM Mac?
Reactions: Oblivious.Robot, DigitalGrl, aednichols and 4 others

jlocker said:
I know it is the 40th anniversary of the Apple III. So we get a new retro Apple III this year
Click to expand...

That would be kind of fun. I might purchase a few of them just to play around.
Reactions: jlocker

Saw other reports saying the 15th was going to have it all (iPhones, etc), this seems to make more sense given the production delays and whatnot.

Considering how much iPads have been in demand in recent months, it sort of makes sense that new iPads with iPadOS (and thus iOS) 14 would be released first instead of with the new phone as they have always done.
Reactions: Marlon DLTH :) and xlii
R

An event for the Watch and the iPad? Maybe there is something more, like AirTags, maybe new AirPods etc.
I'd say the first ARM Mac deserves and event, but it may come later this fall.
Would be great to have a "one more thing" at the end of the event if the iPhone is not announced. Like Apple Glass, but I think it is too early...
Reactions: Marlon DLTH :) and DelayedGratificationGene

Probably too early for a 12" Ipad pro refresh. That's the one I'm waiting for.
Reactions: mihike and RalfTheDog

RalfTheDog said:
That would be kind of fun. I might purchase a few of them just to play around.
Click to expand...

Yea I sold a lot of them back in the early 80's, and repaired them also, which was a pain in the butt!
Reactions: TraceyS/FL, erniefairchild1 and RalfTheDog

I have it on very good authority that a new 12.9 inch iPad Pro will be announced. How do I know, my new one just arrived today and I always get a new one moments before they announce.
Reactions: HornbackMD, Jgboys1, TraceyS/FL and 37 others
R

JPack said:
To be frank, no one except rabid fans expected it be about iPhone.

Apple’s CFO basically told the world it would be October. And Nikkei confirmed MP wouldn’t begin until late September.
Click to expand...

Yes, Apple itself confirmed the iPhones are going to be late this year.
What's the point in announcing them mid September if we have to wait for a month for ordering?
Either one of the phone can be shipped at the beginning of October, so they can announce it next week, or they'll have another event for the iPhone a week before they are ready to order.

I wonder how a lot of other OEM's didn't face such intense delays. Is it just because of how many devices Apple has to move? I cant think of another company that has faced similar delays.
N

I can't really believe they would have an entire event next week without talking about the iPhone. Everyone is expecting to see the iPhones. Seems more likely to me they will announce the iPhones next week but release them only in October/November.

Ds6778 said:
I wonder how a lot of other OEM's didn't face such intense delays. Is it just because of how many devices Apple has to move? I cant think of another company that has faced similar delays.
Click to expand...

The iPhone X was announced in September 2017, but only released in November.
Reactions: Marlon DLTH :), eelynek, mousekiks and 1 other person

ghostface147 said:
Just as long as we get a date for iOS 14. I doubt they will wait until October to release it. Maybe the end of September.
Click to expand...

They will probably push it out that week.