Apple's Thunderbolt Display Classified as 'Vintage' Amid Rumors of a Replacement

Apple now considers the 27-inch Thunderbolt Display to be a "vintage" product because it has been close to five years since it was last offered for sale. 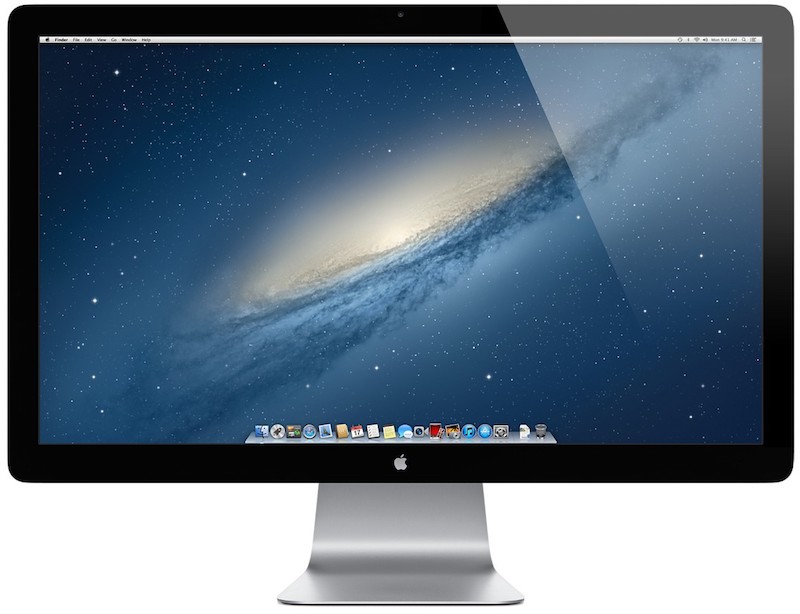 The Thunderbolt Display was today added to Apple's list of vintage and obsolete products, which are part of a support document on obtaining service for an Apple product after a warranty expires. Products are considered vintage when it’s between five and seven years since Apple stopped distributing them for sale.

Apple introduced the Thunderbolt Display in 2011, but never shipped updated models. It was discontinued on June 23, 2016, with no successor to follow. Apple in 2017 debuted LG UltraFine displays made in partnership with LG, but for many years, there was no Apple-designed display available.

That changed with the release of the Pro Display XDR, which accompanied the 2019 Mac Pro. At $5,000, the Pro Display XDR is not a replacement for the more affordable $999 Thunderbolt Display, but there are rumors suggesting Apple is developing a lower-priced Apple-branded external monitor.

There is no word on when a new display might be released, and as of January 2021, work on the new display was said to be in the early stages. To cut down on pricing, the rumored display is said to feature a screen geared for consumer use without the top-tier brightness and contrast.

Now that it's on the vintage list, the Thunderbolt Display may not be eligible for repair in some states and countries. Apple previously refused to offer repairs for products on the vintage list entirely, but as of 2019, select vintage products are eligible for service. Repairs are primarily available for vintage iPhones and Macs, however, so it is not clear if the Thunderbolt Display will be eligible.

In addition to adding the Thunderbolt Display to the vintage list, Apple has also included the original iPad Air, which was first released in 2013 and discontinued in 2016, and the 27-inch Apple Cinema Display, discontinued in 2014. The 2013 11 and 13-inch MacBook Pro models were moved from the vintage list to the obsolete list, which means repairs are no longer available.

Article Link: Apple's Thunderbolt Display Classified as 'Vintage' Amid Rumors of a Replacement

so is it still legal to own an 30" apple cinema display?
Reactions: magicman32, jonnysods, michaelnugent and 13 others
M

I WANT TO BELIEVE!!!!!!
Reactions: michaelnugent, TheG5Man, Reason077 and 9 others

I love the Thunderbolt!!! Wish Apple would make a consumer display ($500). Having a display with decent speakers, webcam and being able to control volume/brightness with OS X would be tops.
Reactions: Stenik, 211, Tom66 and 18 others
S

Looking forward to a 27 or 30 inch Apple display for the normal user.

Ahhh, the 30 inch monster - true heresy. Such a nice display, the best vertical space of a 30 inch where most are just wide these days. Have one myself, however mine has been becoming unusable over the last 6 months and pushed me into finally replacing my last model cheese grater with a iMac.
Last edited: Jun 3, 2021
Reactions: Stenik, 211, HutNews and 2 others
W

Those are still great displays. The early IPS tech still looks better than a lot of modern LCDs. No HDCP support is sometimes a problem though.
Reactions: jonnysods, haunebu, Tagbert and 1 other person

This was the best designed Apple display before the XDR. 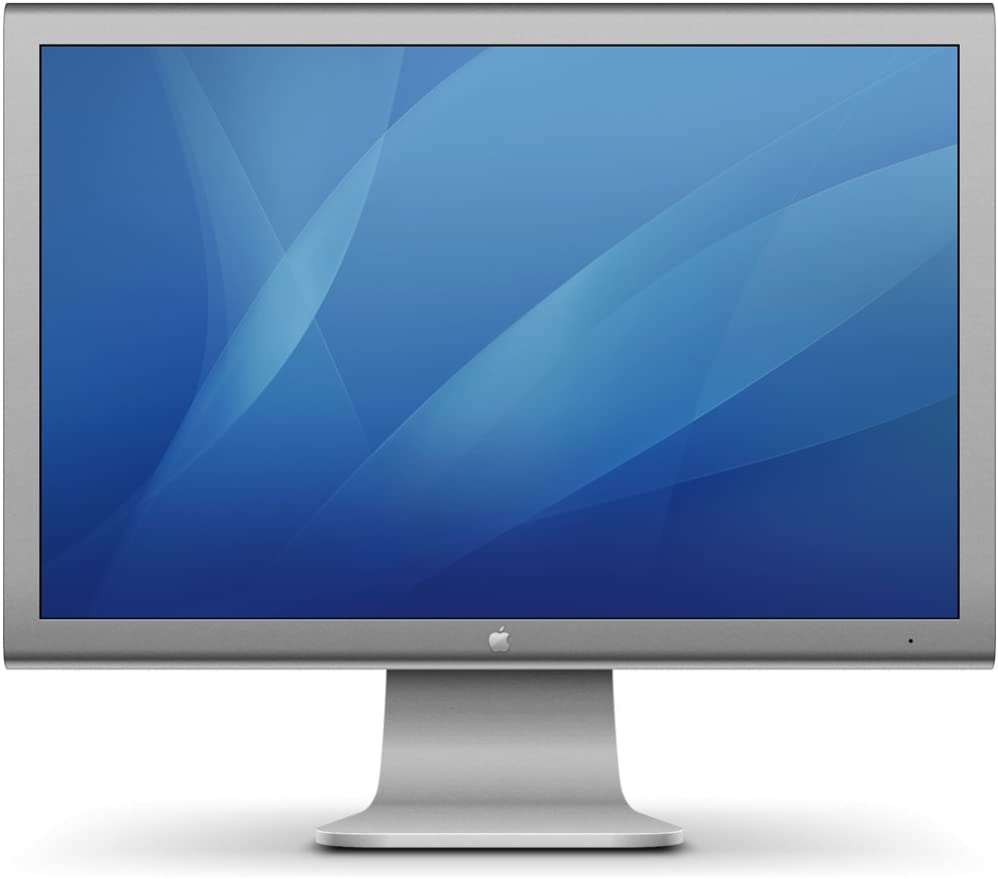 I tend to use this combination as much or more than my 2019 iMac and other miscellaneous Macs and PCs I have around.

I would really really like to move up to a retina external display. The display quality on the 2019 iMac is simply superb.
Reactions: TakeshimaIslands, DRDR, GizmoDVD and 3 others

I have three. They work with lightning 1 ports and the right adapters.
Reactions: HutNews and xnu

I have a $1k+ LG monitor and would sell it in a heartbeat for a new Apple equivalent.
Reactions: 211, macsplusmacs, JDHiro and 1 other person

Money on the table. Money literally thrown at them, and Apple won’t take it.

Can’t last forever in a capitalistic system.
Reactions: 211, canonical, Johnny Steps and 3 others

Me thinks the black bezel wasn't a good decision, the old aluminium was better.
Reactions: Zab Abbey, lupinglade, mazz0 and 2 others

Sasparilla said:
Ahhh, the 30 inch monster - true heresy. Such a nice display, the best vertical space of a big display. Have one myself, however mine has been becoming unusable over the last 6 months and pushed me into finally replacing my last model cheese grater with a iMac.
Click to expand...

i own two(in different cities) and both are still holding up(kow). i'm still hoping apple will come out with a less 'pro' display in the $2-3k range...
Reactions: Oculus Mentis

Take my money now Apple. I want a new Apple display in the worst way. These LG & Dell branded solutions are garbage by comparison...
Reactions: 211, lupinglade, michaelnugent and 7 others

Im still rocking 2 of these bad-boys with my 5k iMac. I can't wait to see what apple has in store for us on both the pro level iMac, and display front.
Reactions: macsplusmacs

WestonHarvey1 said:
Those are still great displays. The early IPS tech still looks better than a lot of modern LCDs. No HDCP support is sometimes a problem though.
Click to expand...

i know, i love mine still! and it's the best design too...
Reactions: WestonHarvey1, haunebu, Sasparilla and 1 other person
N

Mine is still going strong! Used it for my online classes, the isight camera kinda sucks though.

Eriamjh1138@DAN said:
I have three. They work with lightning 1 ports and the right adapters.
Click to expand...

well, you win, my friend — i own 2 )
Reactions: Sasparilla

I have two of these -- hopefully they last until Apple makes an affordable alternative.

edit: especially with a glossy screen! I can't be the only person that still loves glossy screens lol.
Reactions: rafark and alexandr

alexandr said:
i own two(in different cities) and both are still holding up(kow). i'm still hoping apple will come out with a less 'pro' display in the $2-3k range...
Click to expand...

I still have two. Love it!!! The matte screen is awesome.
I am dying for another 30" display with nanotech at less than $2k. The XDR is too much $$$.
Reactions: 211, Zab Abbey, HutNews and 1 other person

I just got a 24" M1 iMac, and I love it, but I just really wish it had target display mode, because I know the 8GB of ram is going to be a limiting factor on it's usefulness in the future.

Apple must have something up it's sleeve, it just doesn't make sense to sell the Mac mini and tell people to go buy an LG monitor.

My ideal setup would be a new 30" mini-LED monitor in a similar form factor to the iMac. Thunderbolt connections only, 120hz promotion, 100W charging + a built in FaceID setup with a center stage ultrawide camera. I'd easily pay over $1k for that.
Reactions: 211
D

Depends on what you are doing with it.
Reactions: alexandr

i agree — it is a lot, and i'm perfectly happy to pay 1k, but i'm trying to be realistic...
Reactions: ImaxGuy and amartinez1660