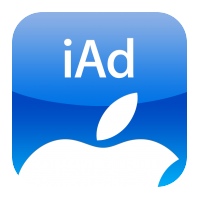 Apple's unwillingness to share large amounts of consumer data is hurting its iAd business, according to Madison Avenue media buyers that spoke with AdAge. The company is said to be "downright stingy" with the information it shares, too slow at developing ad products, and "too reticent to foster relationships."

According to one executive, Apple doesn't have official sales targets for its iAd business, nor does the company operate a large sales team as advertising is viewed as more of an "afterthought."

Perhaps the biggest issue hindering their ad growth is that advertising is an afterthought, a blip on the balance sheet. It's still viewed by some as immaterial and potentially detrimental to the cash cows -- an ad is an impediment if it distracts a consumer from the "buy" button or mucks up a beautiful mobile app.
Click to expand...

First introduced in 2010, Apple's iAd has never enjoyed much success. The service was initially designed to help developers earn money on the iOS platform, but it failed to attract developer interest and thus never garnered a significant amount of revenue.

With the launch of iTunes Radio, Apple revamped its iAd program, refocusing on the new music service. Apple's iAd team is now in charge of securing deals with major advertisers to support iTunes Radio, which is a much better money-earning opportunity for the company.

Still, advertising firms that work with Apple find it highly frustrating the company won't share information on consumer preference with advertising partners, preventing more targeted ad campaigns. Apple has a huge amount of customer data, including addresses, geographic preferences and app and music purchases, but because Apple does not use cookie-based tracking and ad targeting, advertisers must rely on Apple to deliver ads to a desired audience.

The lack of data both companies deliver is frustrating for marketers because these notoriously opaque giants sit atop incredible troves of information about what consumers actually buy and like, as well as who they are and where they live. One person familiar with the situation exec said Apple's refusal to share data makes it the best-looking girl at the party, forced to wear a bag over her head.
Click to expand...

Though companies would like for Apple to share additional information, the company has still managed to score major advertising partners that are willing to take whatever they can get. When iTunes Radio debuted, it included advertisements from Macy's, McDonald's, Nissan, and Procter & Gamble.

Apple earned $258 million in U.S. mobile-ad revenue in 2013, an amount dwarfed by the advertising revenue taken in by companies like Google and Facebook. In 2013, Google generated $3.98 billion in mobile ad revenue, while Facebook garnered $1.53 billion, but the company will likely see growth in ad revenue as iTunes Radio gains popularity despite its unwillingness to cooperate fully with advertisers.

Good. I don't want a lot of my info shared
C

It's amazing what a company can accomplish when they decide to profit off of hardware sales rather than ad sales. The stock is currently over $500 so I'd say they're doing rather well.

And how much money did Google make from hardware vs. Apple? Exactly. I'm glad Apple isn't sharing that info as well. As I tell my clients, Google sells you products for cheap because they want to know everything about you to sell you ads. Apple sells you at a premium because they could care less who you are. I trust a company who wants to know less about my personal information over a company who wants to know every single detail they can about me any day.
G

They make enough off products...their biggest advantage over everyone else is customer service, trust and respect. To deny a little extra cash to retain customer confidence is much more valuable.
R

+1 - Stick to your guns Apple. SCREW the advertisers.

This is why i don't sign into Google Services.
No need to be tracked with EVERYTHING i am doing.

Well said!!!  Am so tired of these damn companies trying to get your personal infos so that they can try and sell you crap. Look at what they are doing on Face(ass)book.

Good to know there is a company that has a conscience, and won't sell your soul to the devil.

YES! This is why we are loyal to this brand.
K

One person familiar with the situation exec said Apple's refusal to share data makes it the best-looking girl at the party, forced to wear a bag over her head.
Click to expand...

no, its more like the best looking girl at the party who refuses to go home with any slimy delta-bravo who tries to get in her pants.
M

larrylaffer said:
It's amazing what a company can accomplish when they decide to profit off of hardware sales rather than ad sales. The stock is currently over $500 so I'd say they're doing rather well.
Click to expand...

I wouldn't bring stock performance into the argument if you favor Apple:

Thank you Apple for not selling the consumer down the river....
K

Mockenrue said:
I wouldn't bring stock performance into the argument if you favor Apple:

larrylaffer said:
It's amazing what a company can accomplish when they decide to profit off of hardware sales rather than ad sales. The stock is currently over $500 so I'd say they're doing rather well.
Click to expand...

Isn't that too bad
N

how many times have they had to lower the iads pricing?

those snippets posted here seem to be cherry picked and give the feeling that apple is guarding users info and privacy so much.
Last edited: Feb 18, 2014

I think I made this argument in a different thread and was told "Google's and Apple's advertising aren't' different".

Glad I was right. Good for Apple.
Z

Amen. Couldn't have said it better myself.
D

... and this article is saying that a lot of ad-supported Apps on iOS use Google's ad network, not Apple's.

Why anyone would measure profitability and success off of stock prices is beyond me.....

Apple keeps adding to its war chest of over $150 billion in cash - raking in massive revenues and profits every quarter.

If you really want to look at stock valuation, take a look at market cap - Google's stock made trade higher, but Apple has the higher valuation overall.

But what does Wall Street know....
M

Exactly. Give me a choice, and I'll take a company that values my privacy over profit any day of the week.