Apple's mixed reality headset that's set to launch in 2022 will be equipped with three displays, according to a research report shared today by display analyst Ross Young. 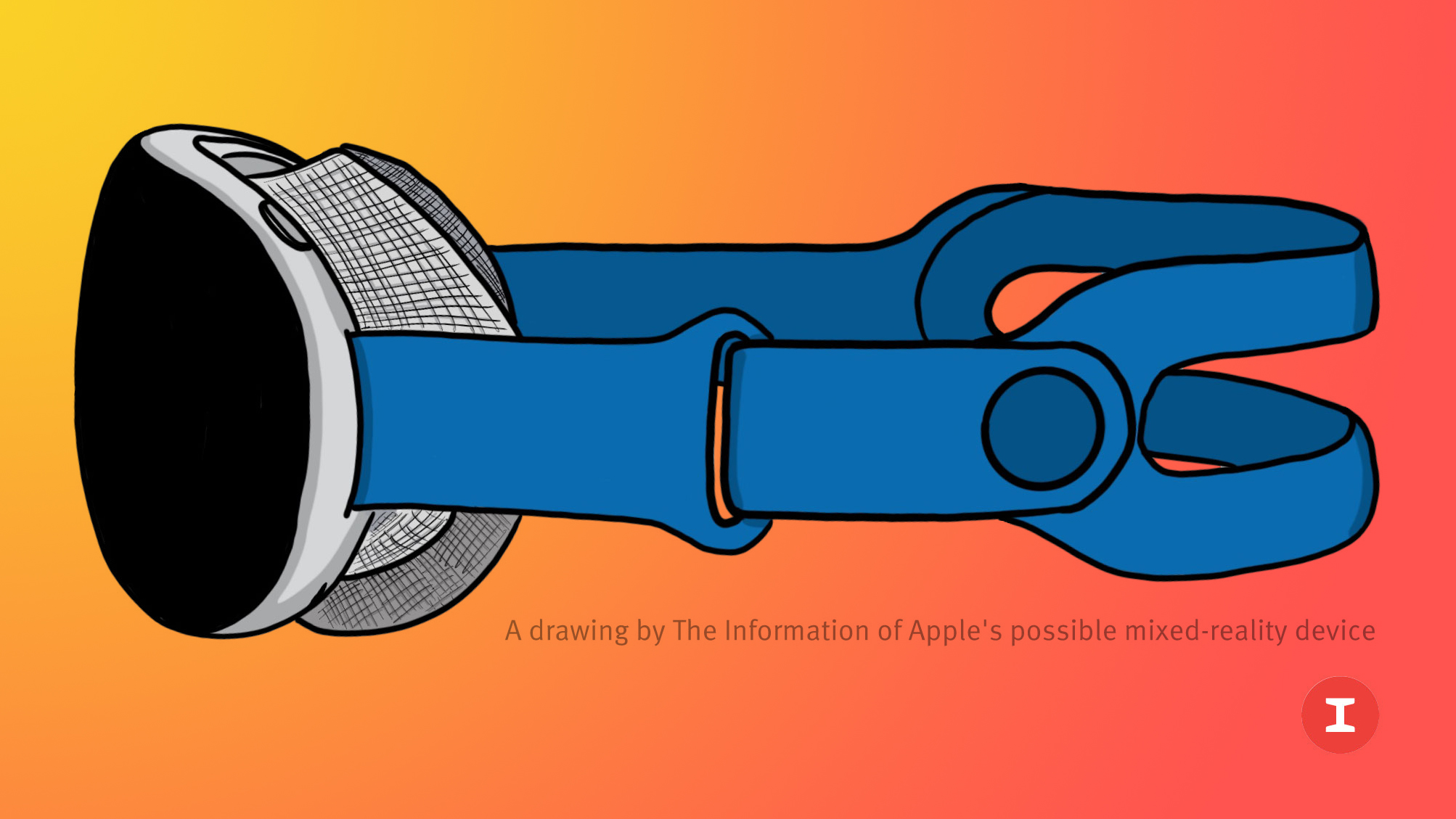 Modern VR headsets don't use AMOLED technology because the pixel density is too low, so it's possible that Apple is going to add it for low-resolution peripheral vision.

Sony recently showed off a 4K display with 4000 pixels per inch designed for use with VR headsets, and the report suggests that it's possible Sony developed this display specifically for Apple. If Apple is indeed using this Sony technology, an assumed array of 4000 x 4000 pixels indicates the display for the headset will measure in at 1.4 inches diagonally.

This kind of advanced display configuration will come at a "high price," and Young suggests that the headset will cost several thousand dollars, which is in line with previous reports that have indicated a price of around $3,000.

The first iteration of the AR/VR headset from Apple will likely be targeted at professionals and developers and will be used to expand Apple's AR/VR ecosystem. Current rumors suggest the headset could perhaps see an introduction at this year's Worldwide Developers Conference and a debut later in the year, but it is not yet clear if it will be ready in time.

Can someone explain this term please? 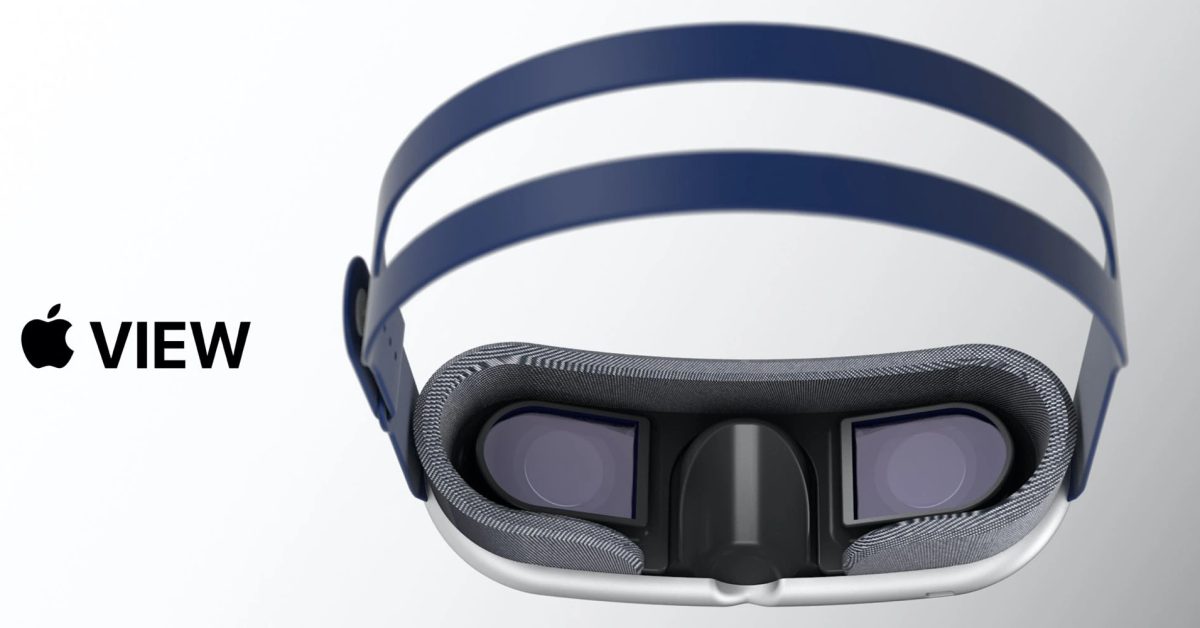 While rumors about Apple's upcoming AR/VR headset are only heating up, DSCC published a paper with 10 predictions for the display industry in 2022, which includes this upcoming product.


Wider views? but how with one AMOLED?

MacRumors said:
Apple's mixed reality headset that's set to launch in 2022 will be equipped with three displays
Click to expand...

Excellent! One for each eye.
Reactions: Gasu E., TheLunaPark, MareLuce and 7 others
M 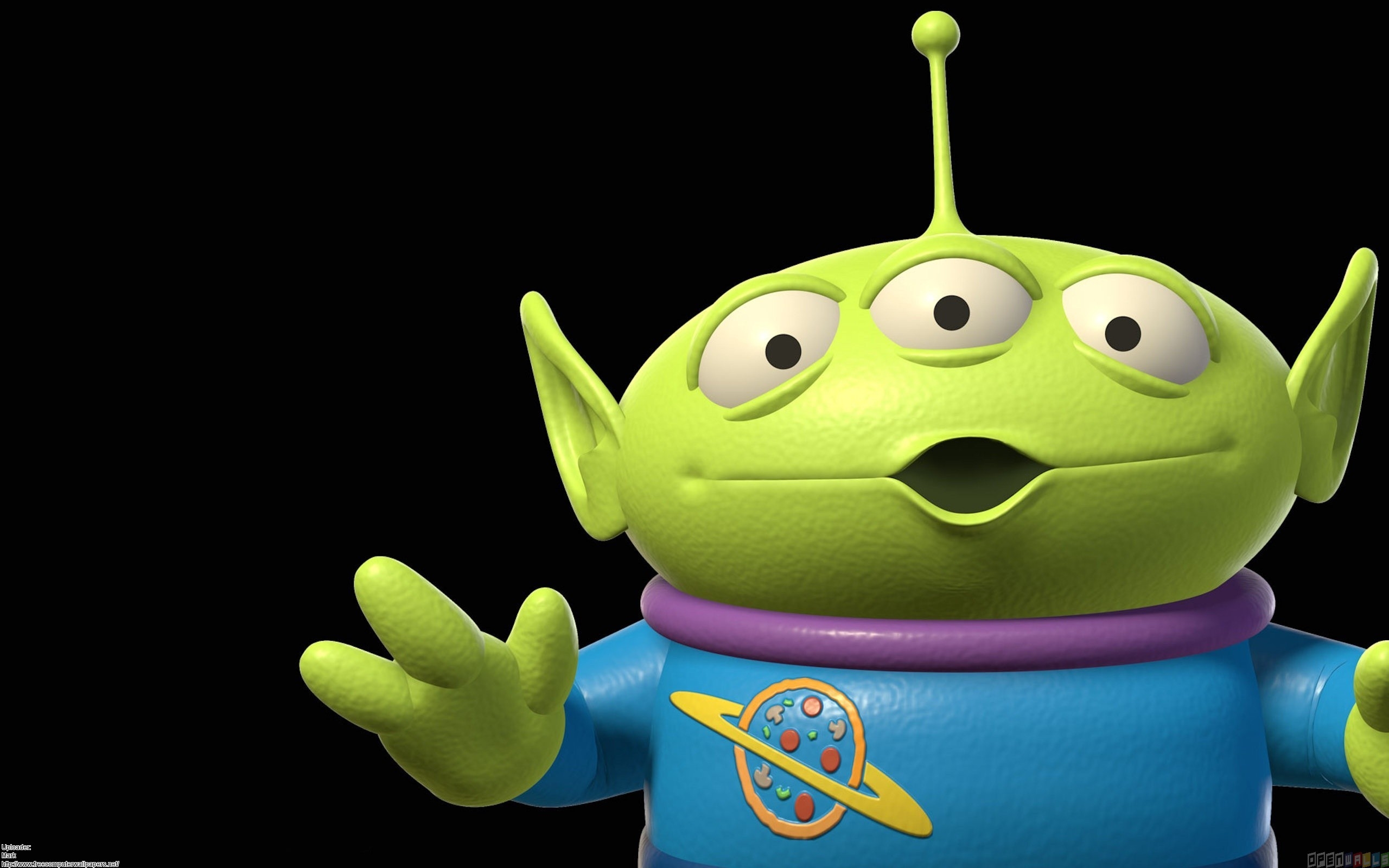 tubular said:
Excellent! One for each eye.
Click to expand...

This should be the device of the 2022, or at least the most interesting one
Reactions: newyorksole, DelayedGratificationGene and xalea

One of the displays is a rear view display so you can see that you're not going to fall over the chair behind you, break your back and end up on TikTok as another hashtag VRfails.
Reactions: filmbuff, DelayedGratificationGene, LeadingHeat and 3 others

I’m really excited about Apple entering this market space but I do worry about them locking it down to block side loaded apps. I don’t care about side loading on my iPhone but on my iPad, I often feel frustrated with not being able to install what I want and I’d feel similarly limited with a VR headset.

Can someone explain this term please?

While rumors about Apple's upcoming AR/VR headset are only heating up, DSCC published a paper with 10 predictions for the display industry in 2022, which includes this upcoming product.


Wider views? but how with one AMOLED?
Click to expand...

The AMOLED could be a ring type display. Displays don’t have to be rectangles anymore. Foveated rendering means drawing more detail in the part you’re looking at. You only see high detail in a very narrow view. When you’re reading this message, for example, you pretty much only see the individual words you are reading at ‘full resolution’. The rest of the words are seen by your eye in a much more blurry way. Your brain fills it in though so that you think you see more.
Reactions: TropN, saintmac, macsplusmacs and 3 others
J

hopefully it has high FOV. i have a VR headset for gaming/media purposes and the low res and low fov kills the immersion. 2x 4k might be decent, but it won't be THAT realistic. i wonder how it uses 3 screens though
Reactions: singhs.apps

I have a hypothesis & I have no idea if it would work, or be feasible: What if the 3 "screens" are widescreen and stacked vertically. Using Eye tracking and AI, the placement of your eye would signal where you're focusing and then use the stacked screen accordingly to focus, and increase/decrease pixel density/resolution to maximize battery usage. In my hypothesis, the "screens" would be more like "zones" that are changing constantly. Using an accelerometer and gyroscope would communicate to the device where your head is looking and also work with your eyes to change between focus on one or more of the 3 screens.
This is just an example of what I'm thinking:
Near Vision - highest res (6-8k)
Midfield Vision - medium res (4-5k)
Distant Vision - lowest res (2k)
Last edited: Jan 5, 2022
Reactions: singhs.apps, LeadingHeat, saintmac and 1 other person

The third screen is rear view, similar to the one in your car.

Hey, they had to find a way to kick in a notch somehow.

This should take over the oculus
Reactions: LeadingHeat

I'm willing to pay 3000$ if it really means that it gives me infinite screen space for my daily office work and if it's as subtle to wear as the AirPods Pro.
Reactions: singhs.apps, TheLunaPark and LeadingHeat
T

Maybe the AMOLED sits out front as a sort of status indicator to other people, displaying your eyes when you’re talking to them, laser eyes when you‘re recording them, and some window blinds or other skeuomorphic metaphor when you‘re busy interacting with UI instead of listening to them ?
Last edited: Jan 4, 2022
Reactions: james2538, Huck, saintmac and 1 other person
M

zonk44 said:
I'm willing to pay 3000$ if it really means that it gives me infinite screen space for my daily office work and if it's as subtle to wear as the AirPods Pro.
Click to expand...

and it seems, that apple will be leading the way with the best hand gestures (of course we must wait till release).

IF apple does the best and almost Minority Report type hand and arm gestures.

"Word is they're gonna have these other displays but we don't know why." Sounds confident.
Reactions: Le0M

Interesting rumor. Looking at Varjo (which if there is to be any compatible existing product to look at, it is their XR-3 meets Meta’s Quest 2). Varjo uses 4 displays sort of I believe. Two for the fovea and two for the peripheral. Using a single display like Quest 2 has been a cost effective measure with the net win that LCD panels have higher pixel density.

Good. Finally. Companies have been trying to make this stuff work since I was 8, and there's always been some major hangup. The hardware was underpowered, the energy consumption required an umbilical, the display tech wasn't small & fine enough, the rendering was too massive, programming a decent environment required more work than anyone could fund, the costs were so high there was no room to do it as anything other than a charity, & the few companies I've seen actually get over their first major hurdle either ran into 3 more and failed or were scooped up by defense corps to build viz systems for mil applications. Lame, and every single time, the punters are hot on declaring AR/VR dead forevermore. I have no doubt Apples initial version will be some minimally functional barebones shoebox cantilevered 5" off your face, with extremely limited content, and in 3 years it'll be EOL'd for the 3SPro Edition Produt [RED] or whatever, but I'm just glad that they've chosen to do this well. They'll get it where it needs to be eventually, and then quit viewing the digital landscape by looking at little handheld rectangles.
Last edited: Jan 4, 2022
Reactions: singhs.apps and tuckerjj

The Quest 2 seems to be very popular and selling well right now at $300, Apple will have a hard time selling these for thousands (if est. price is true) IMO. Didn’t start seeing APM in the wild a lot until retailers started discounting them. I’m a frequent traveler and saw one in the wild prior to sales.
Reactions: PC_tech

I suspect many will be underwhelmed with the reality after lofty expectations, hopes, and dreams fueled by rumors.
Reactions: kyykesko, filmbuff and TheLunaPark
J

The third screen will be on the outside. Imagine animoji eyes that move when your eyes move and blink when you blink. It allows for interactivity with other people in a way that doesn't exist with VR today. Which is also why it doesn't need to be very high res.

It also lets other people know that they can see you and are present when in AR mode rather than lost in another world in VR.
Reactions: TropN, lverg, TheLunaPark and 4 others

I used to be all for future tech like this but it’s bad enough as it is today where we’re gorping at our phone screens for hours on end every day of the year.

Now we’re heading in the direction of having them literally attached to your face.

My comment is probably misplaced on a site like this. I still use my iPhone so not to sound like a complete hypocrite but I now feel fatigue and find myself cutting down on screen time. That’s just me though where the addiction is real. I’m sure this will still have its uses for those interested. I also understand that Apple is still a business that needs to make money so they need to move on to the next big thing to sell and this seems to be it.
Last edited: Jan 4, 2022
Reactions: singhs.apps, TheLunaPark, BromoCop and 1 other person
M

This is the biggest thing Apple have attempted since Steve Jobs.

First time firing up OSX was a wow moment, so was first iPod, iPhone and iPad.