Apple is experiencing multiple development issues with its iWatch, according to a new report from The Information (via Business Insider). The company is said to be facing challenges with screen technology, battery life, and manufacturing.

Multiple iWatch rumors have suggested that Apple is planning to incorporate an OLED display into its smart watch, but The Information notes that the company is actually having difficulties deciding on a screen technology for the device, primarily due to battery issues. For that reason, Apple considered new screen technologies to improve battery life late last year.

Reports of the iWatch's poor battery life first surfaced in early 2013, indicating that prototypes of the watch were seeing just a few days of battery power before needing to be recharged, with Apple hoping to expand battery life to at least four or five days between charges. It appears that battery life is still a major issue for the device, which is said to utilize a 100mAh battery that is comparable to the 105mAh battery in the sixth-generation iPod nano. 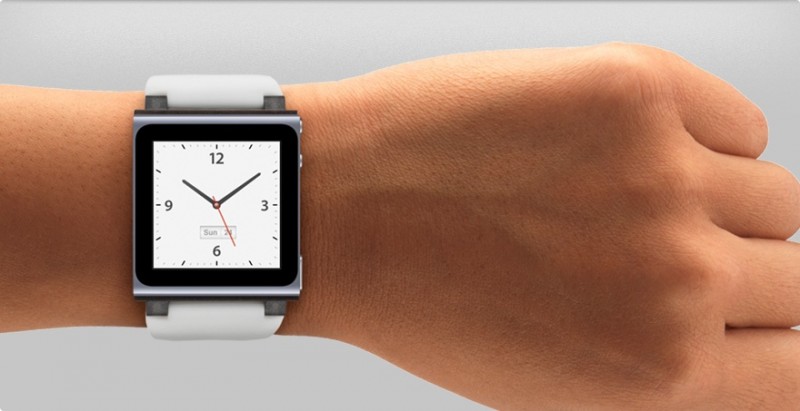 Sixth-generation iPod nano with watch face​
The Information's report also appears to confirm a rumor from earlier this week, which suggested Apple was facing yield problems due to the finish treatments for the body of the device.

Apple reportedly shut down "advanced prototyping" of the watch with an unspecified manufacturer in late 2013, but it is unclear whether the shift was due to the developmental snags. In late 2013, rumors pegged Quanta as Apple's iWatch manufacturing partner.

Along with manufacturing issues, iWatch development has also been somewhat impacted by the loss of a key team member, Bryan James, who recently left Apple for Nest. James, who previously worked on iPods, was a member of the iWatch team.

Despite the numerous issues Apple is facing with iWatch development, the company still has a "sizable team" working on overcoming the device's problems. These snags are not expected to delay the iWatch, however, which still has a prospective release date of late 2014 according to the most recent rumors.

Love these build rumors on a rumored product.
Comment

The day a breakthrough in battery technology arrives, that will be a good day.
Comment
B

"Only a couple days battery life" ?? Seriously? That is already a day and a half longer than my Galaxy Smart Watch...
Comment

I'm not worried - they'll get it right. They always do.
Comment
R

Sooo official iWatch is official then. This is no longer 'rumored reports'....?
Comment
5

Can't wait to get my hands on a smart watch. It can go with the iPad I never use and the AppleTV I never use.

So psyched to have a limited version of an iPhone which I can only use with one hand.
Comment

RenoG said:
Sooo official iWatch is official then. This is no longer 'rumored reports'....?
Click to expand...

As far as I know "The Information" is not an official source for anything.
Comment

Another story from a totally unreliable source with no basis in reality! Sweet.
Comment

BarryLegg said:
Can't wait to get my hands on a smart watch. It can go with the iPad I never use and the AppleTV I never use.

So psyched to have a limited version of an iPhone which I can only use with one hand.
Click to expand...

Why do you buy products you don't use?
Comment
A

ZERO use for this product

what a waste of "innovation"

There is a name for all these issues that are "plaguing" Apple's iWatch. Its called product development. You know, the process you go thru when creating something new.
Comment
B

It may be time to lay this experiment to rest Tim. How about putting the energy spent on iWatch into your current line of products, and come up with some truly amazing tech that none can compete with for the foreseeable future?
Comment
D

IMO the iphone 5s is still having battery and multi touch screen issues. I had to return mine last week. I feel like quality control has really slipped at apple. Someone in upper management needs to be taken to the wood shed .
Comment
B

This idiot product will never see the light of day. Its just Apple spreading misinformation to mislead Samsung. Just like that big-ass iPad.
Comment

I think another issue plaguing development is 'usefulness'
Comment

Wouldn't you just rather wear a nice, classy aluminium or leather strap watch instead of this?
Comment

My Pebble keeps on ticking, and now they've introduced a dressier version. I'm sure iWatch will be great, but Pebble deserves credit for keeping it simple and getting the job done with tiny fraction of the resources.
Comment

Alumeenium said:
ZERO use for this product

what a waste of "innovation"

Just because that is true for you does not mean its a waste of innovation, or true for anyone else. I can not wait for it to come out myself (I have/can see multiple uses for this).
Comment

Why can't the band hold the entire battery... each segment in the band can be a battery cell. boom problem solved.
Comment

They're not going to put a retina display on something as small as a watch screen. Sorry to disappoint you.
Comment

BigBeast said:
It may be time to lay this experiment to rest Tim. How about putting the energy spent on iWatch into your current line of products, and come up with some truly amazing tech that none can compete with for the foreseeable future?
Click to expand...

Right. Because that's so easy to do. The three major Apple innovations over the last decade--iPod, iPhone and iPad--have really spoiled us to where anything short of market upheaval with a product is unacceptable and a waste of time.
Comment
You must log in or register to reply here.
Share:
Facebook Twitter Reddit Email Share Link
Register on MacRumors! This sidebar will go away, and you'll see fewer ads.
Sign Up
Top Bottom