Apple battery problems are illustrated here by 2 examples: the iPhone6 and the MacBook Pro.

[1] Failed battery in an iPhone 6. The battery in this less than 2 years old iPhone6 bulged and pushed the screen outwards until the case separated. Looking at the web, this seems to be a common problem with the iPhone6, but Apple refused to recall or even replaced batteries after 3 months. This problem happened with so many iPhone6s that Apple issued a very rare recall for one batch of iPhone6s due to ‘poor quality of the battery’. No such luck with the iPhone6, and it will cost you either $299 for a refurbished iPhone6 or $79 for a new battery if you find a friendly store manager. This is what I paid in December 2017, a few weeks before Apple announced a $29 battery replacement campaign for the iPhone6 following the ‘aging battery slowdown’ fiasco.

[2] Failed Apple A1322 in a MacBook Pro A1278 Unibody featuring a 2x2.4 Intel Core2duo, 8GB DDR3 Ram, 250GB of SATA hard drive and running Mac OSX 10.9.5 Maverick. Out of the 10 A1278 I checked, two failed because the batteries bulged pushing then crushing the trackpads and keyboards. On the pics, you can see that one of the Li-ion Polymer battery (Model 1322, 10.95V at 63.5 Ah) expanded from 13mm to 33mm. Further, after being taken out of the laptop into a fire-proof box, it vented and might have caught fire judging by the soot. Looking at the web, this battery expansion is quite common: Apple replaced a few of these batteries during a very short period of time, and now asks for $129 to provide a spare.
In the MacBookPro examples, Apple refused to recall the batteries, only accepting to replace them on a very limited ‘one of a kind’ scale, while leaving most of the people without help with their battery problem. Most common comment of the Apple ‘Genius’ faced with a bulged battery was ‘you need to upgrade’ !
The story of the bad batteries in the MacBookPro is similar to the ‘bad caps saga’ circa 2005. Defective components due to a bad design found their way into reputable manufacturers end products; these defective components were used into thermally marginal designs. In time, the components will bulge, vent or even explode. The ‘reputable manufacturers’ would deny that there is a problem, then eventually do a very limited recall without recognizing any responsibility. Some like Samsung were publicly wronged, but others like Apple ‘deny, deny, deny’ and got away with it so far. 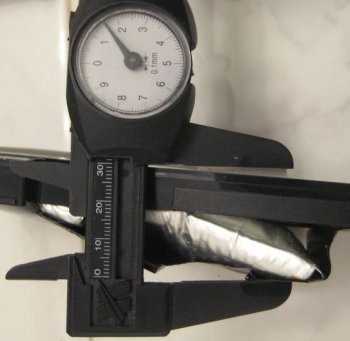 Doesn't seem like anything like that was really widespread. The issues with the 6s were more related to batteries shutting down as I recall, not something like this.

Fake news... Batteries fail in every electronic device, Apple isn’t immune to it. If you don’t like how Apple treats you or the direction their products are going spend your money elsewhere
Reactions: davidmartindale
M

That happened to the 5's , this is the first I'm hearing of 6's having the same issue.