Please use this thread if you have humor to share related to the ongoing pandemic. We know that many people are suffering or going through difficult times, but humor has always been a coping method, and we understand that.

The first couple dozen posts below were moved from the Coronavirus (Covid-19) informational thread, which is one of the serious discussion threads about the pandemic.

Huntn said:
...Me too regarding the vacation. Planned departure date 1April To Paris....
Click to expand... 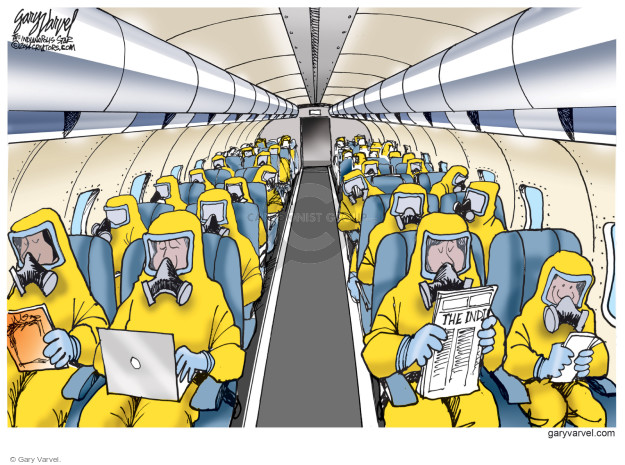 Reactions: Jerene, tranceking26, Tech198 and 4 others 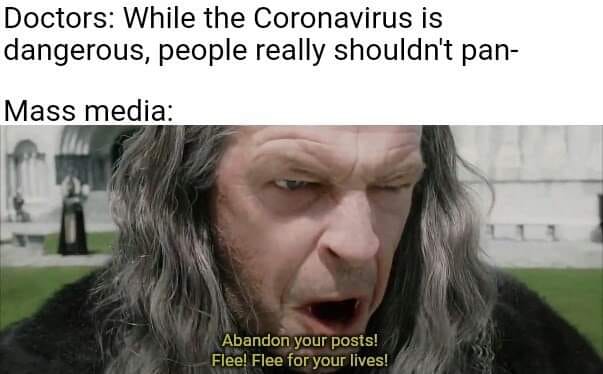 Despite liking your graphic, I liked Gandalf’s reaction to it better.
Do you mean social media? I’ve seen no suggestion in the media it’s time to go into isolation lock down mode. It might be prudent to cancel events where large numbers of people mingle like South by Southwest in Austin, Texas, but media did not make that decision. Yes it’s a loss of business, but I would not describe it as an outrageous choice. The goal is to reduce transmission. It’s not really fair to blame these things because it’s being reported in the news and I’d rather not be in the dark.
Reactions: jkcerda

I am trying to bring some comedy to a serious matter. . 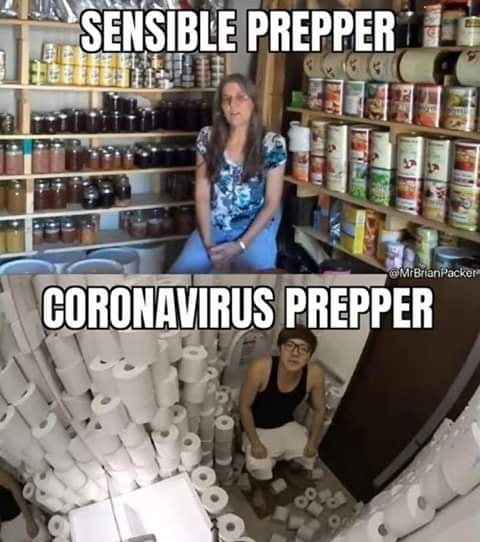 Emergency mexican toilet paper, it cleans it scratches and it powders all in one pass. $50 each. No low ballers I know what they are worth 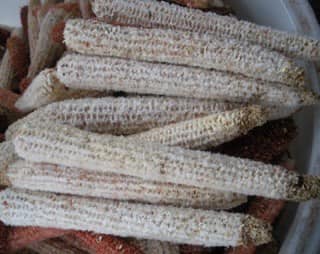 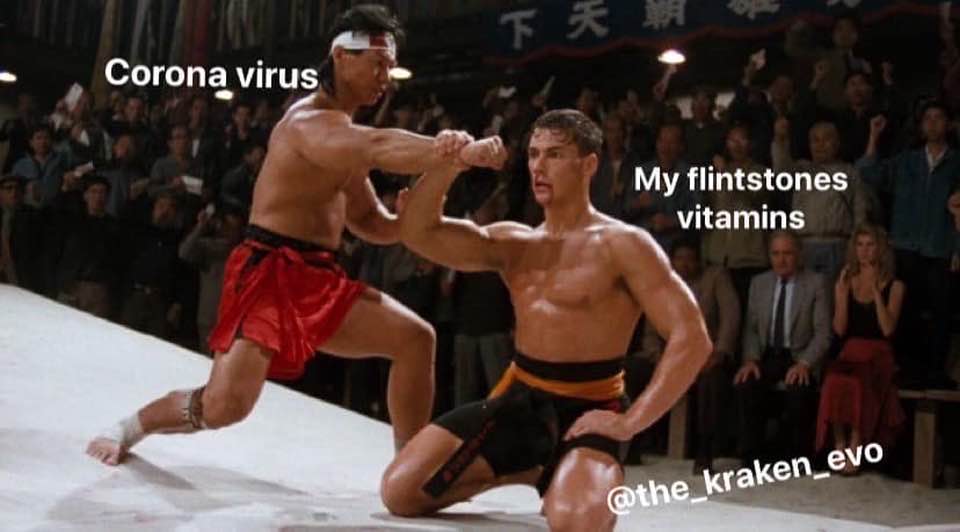 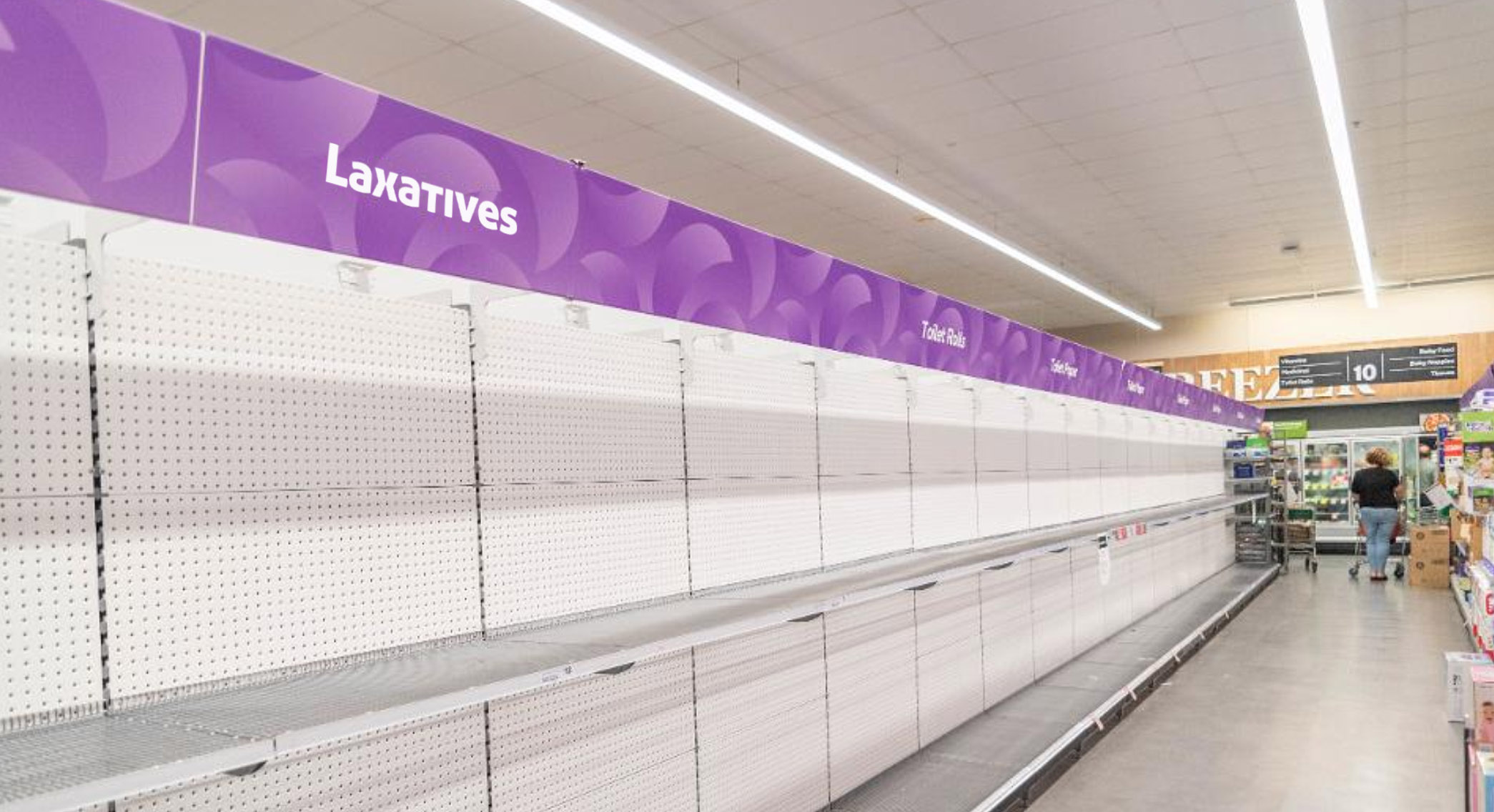 "There's a run on the runs"

Laxatives sell out as hoarders try to make use of excess toilet paper
Click to expand...

I hope things settle down and we all make it out in decent shape.
Reactions: russell_314, -DMN-, PlayUltimate and 6 others

Good one @jkcerda , seriously though the sensible preppers have a point. I don't think/hope it doesn't become that serious but we all should think about that. Problem for folks like myself in an urban setting in an apartment. Pretty sure the Swiss were up to date during the Cold War with large shelters.
Reactions: jkcerda

macduke said:
Starting to get nervous about this. My grandparents are in their late 70s and they're pretty much the only family I have left outside of my wife and kids. They're like parents to me at this point. Also worried about Trump being in charge when he keeps dismissing that this is an issue. That didn't go too well for Italy. Most of that press conference last night was them congratulating themselves for doing a great job so far. What?

I have nearly two months worth of non-perishables stocked up now. I always have a couple weeks worth of MREs in storage since I live in tornado alley and an area that gets bad ice storms where you can be without power for weeks, so I just added to that with some canned goods and such. I'm already a light prepper with a tub full of survival gear because of where we live but even my wife who is never this way is getting freaked out. Other people I know are doing the same. My sister-in-law is typically really chill and doesn't worry too much about anything but my wife said she is prepping a bunch now as well and saying she is really nervous. It's just weird that I've always been the one preparing for some crazy event and now I'm the one that's more level-headed. Guess it's because I've kinda mentally prepared for this?

The thing I'm glad about is that it doesn't really seem to affect children much, especially those under 10. Both of mine are under 10, though my daughter does have asthma that has been healing and improving over the years. The thing I worry most about is other people panicking and a general breakdown of order. Considering purchasing a shotgun for home protection. I know a lot about firearms from my grandpa who helped design the 5.56x45mm NATO but I've never owned one myself. Hoping it doesn't come down to that but you never know.

How is everyone else preparing? How bad do you guys think it could get?
Click to expand... 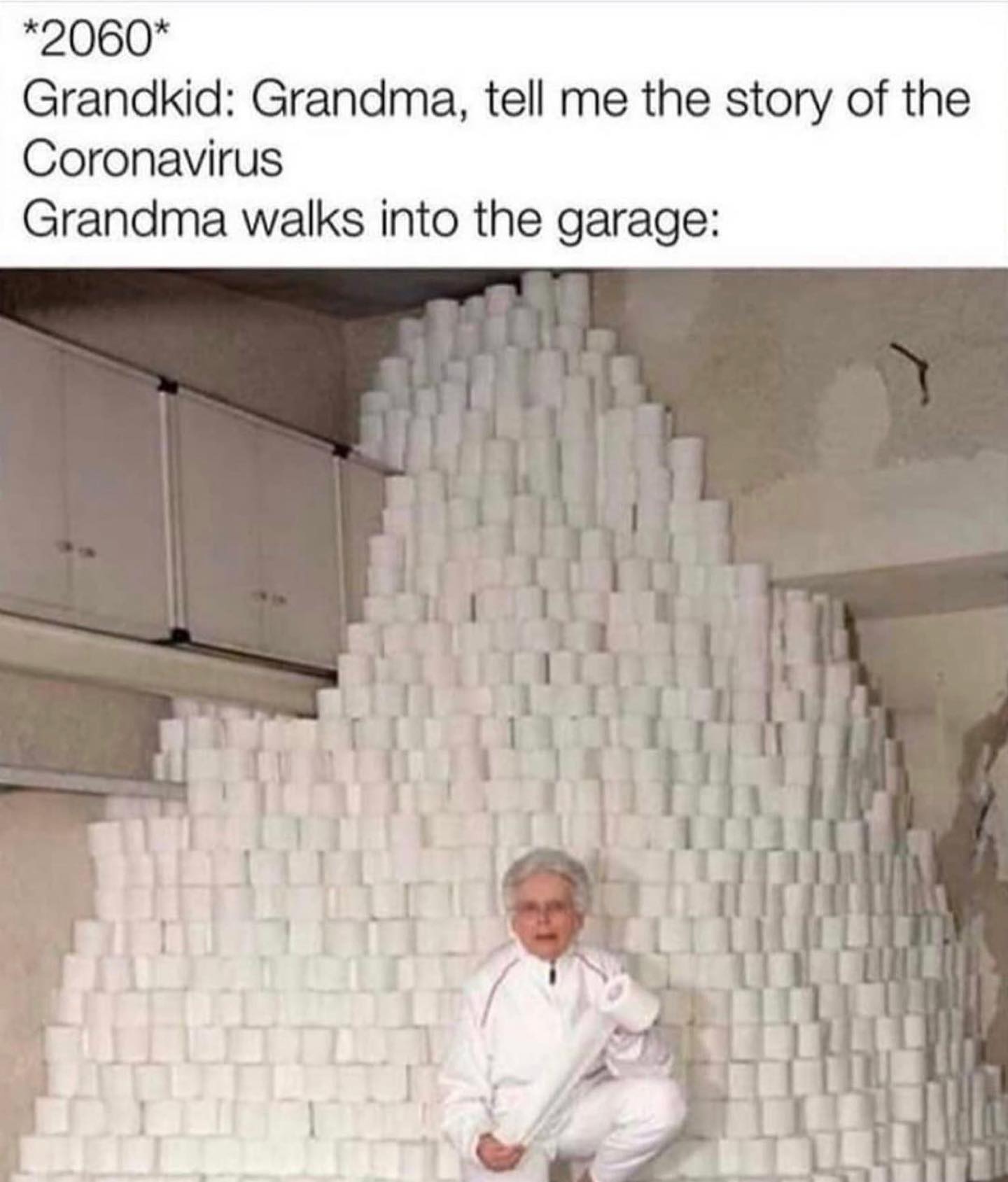 Alarm level stepped up as a man-version of the coronavirus emerges
Click to expand... 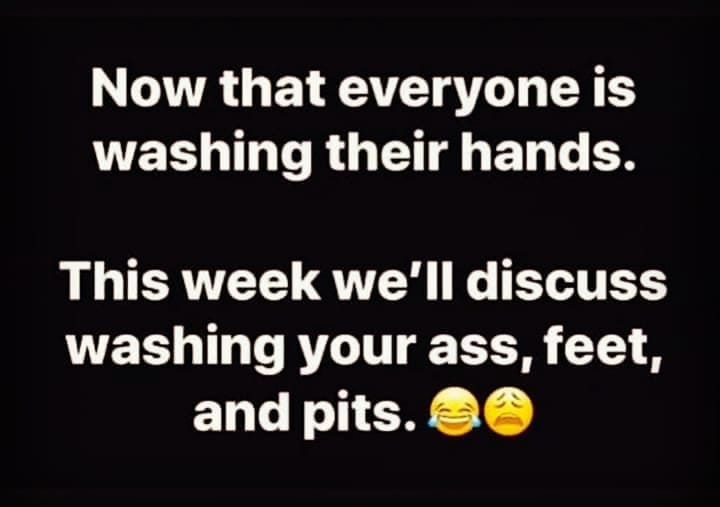 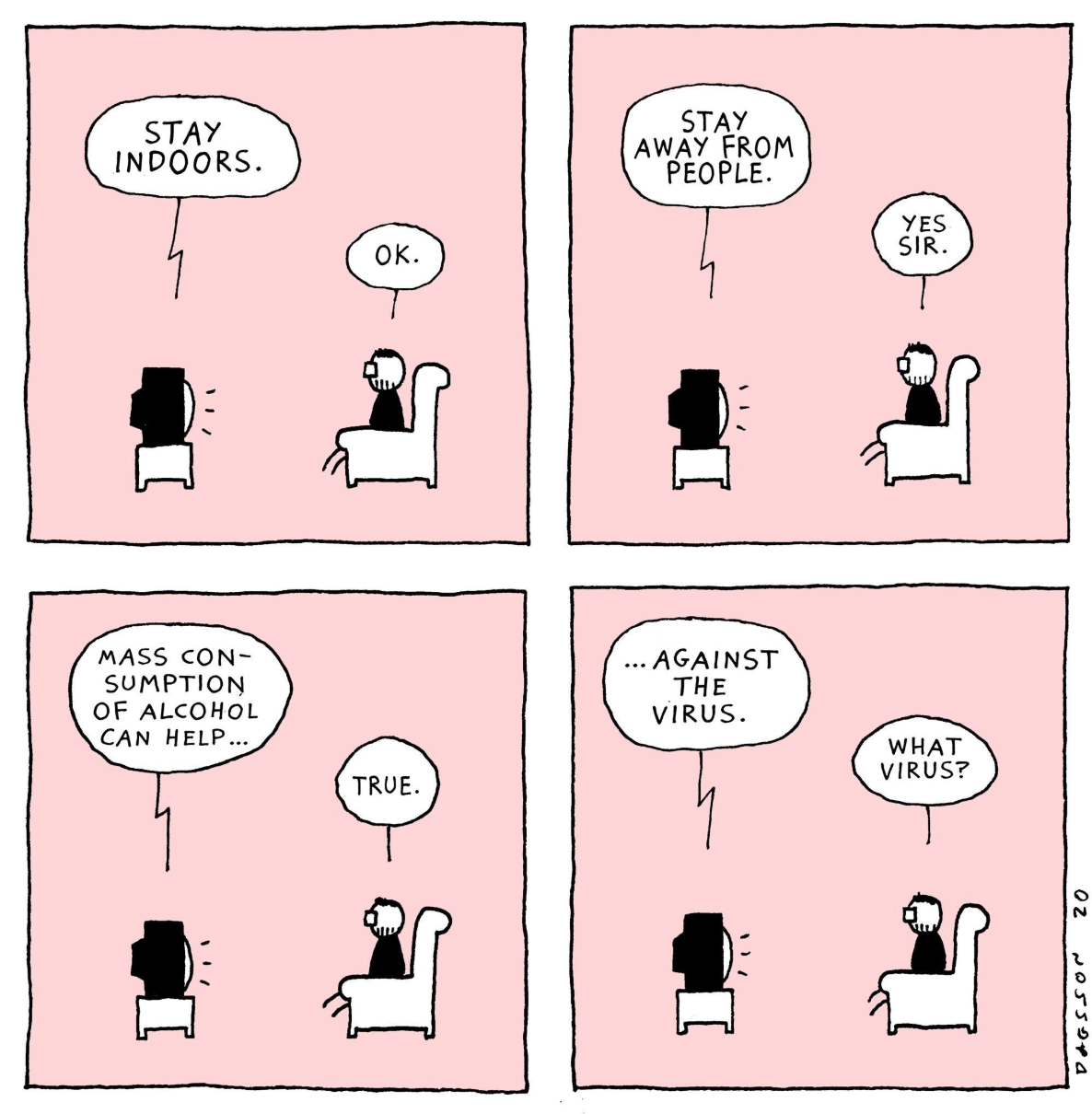 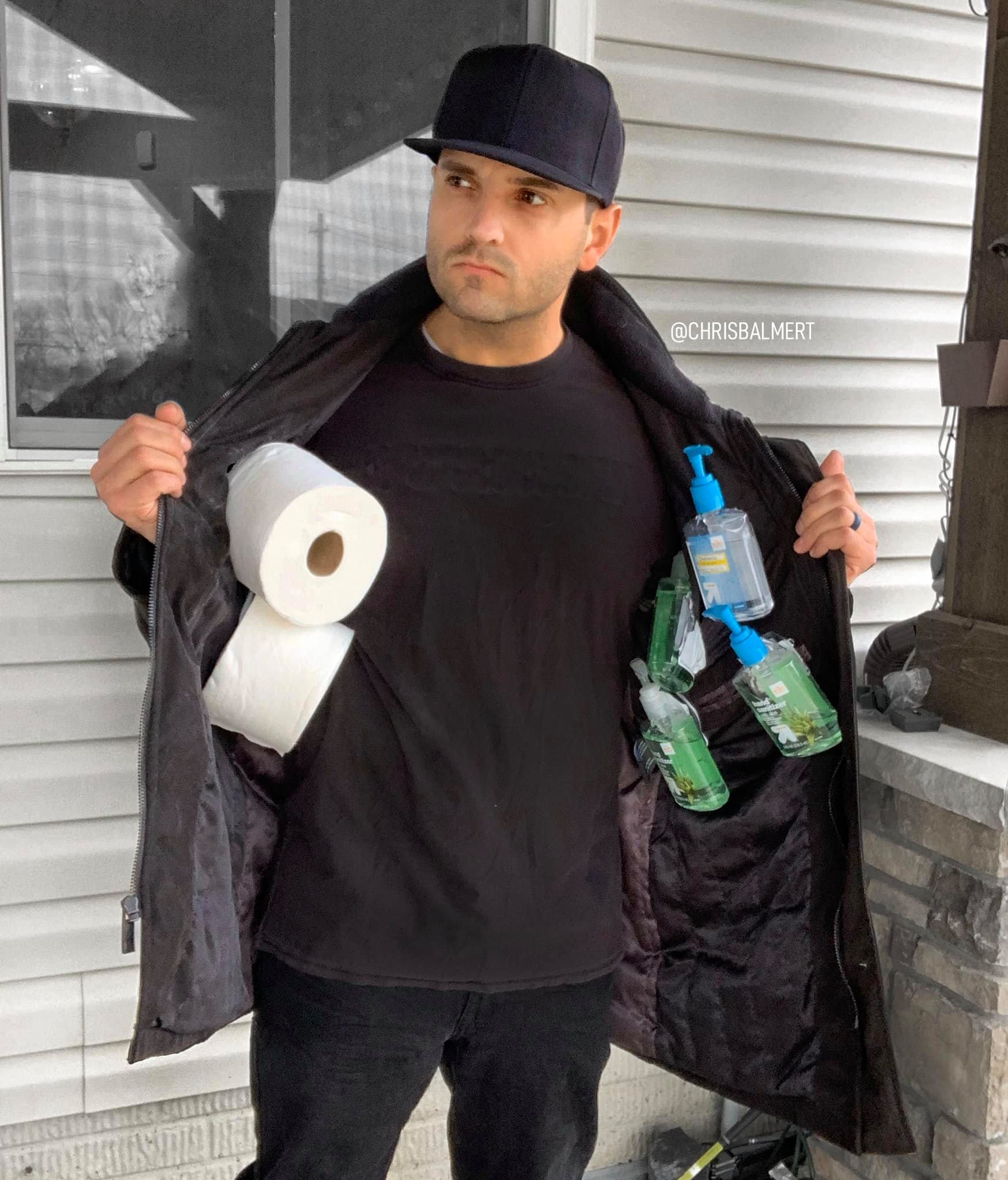 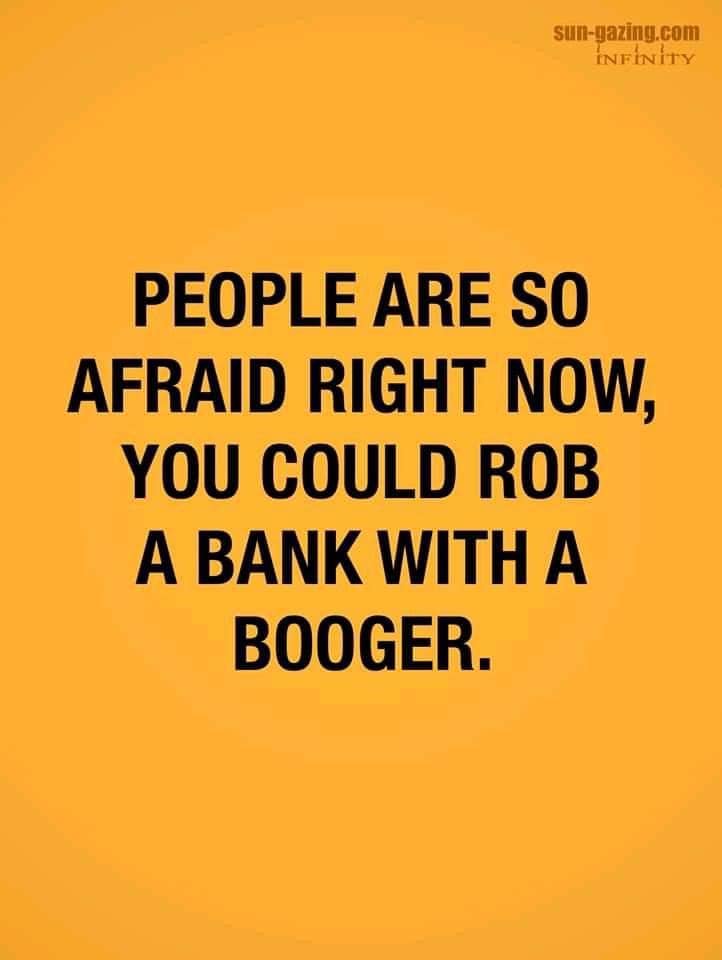 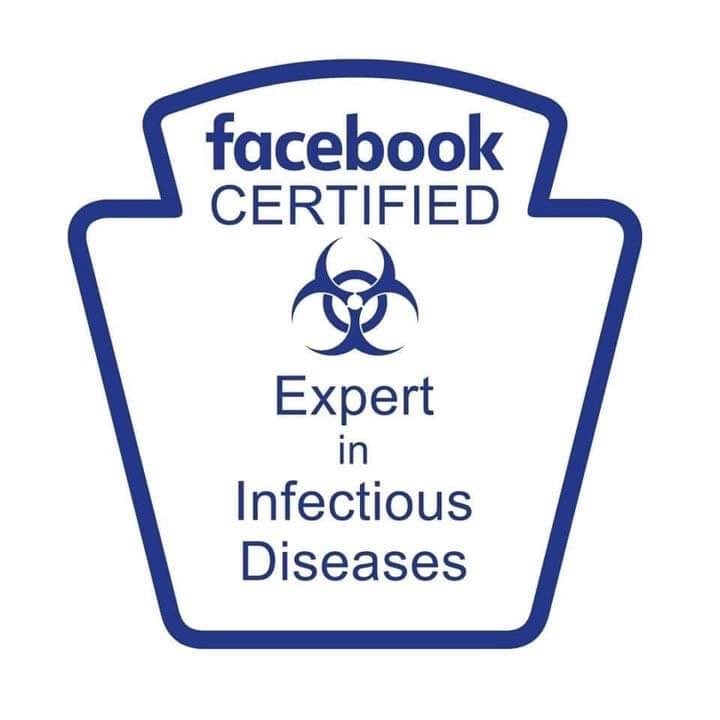 Gutwrench said:
We have bats in America; we just don’t eat them.
Click to expand...

Speak for yourself, I eat at Whammy Chicken all the time ... 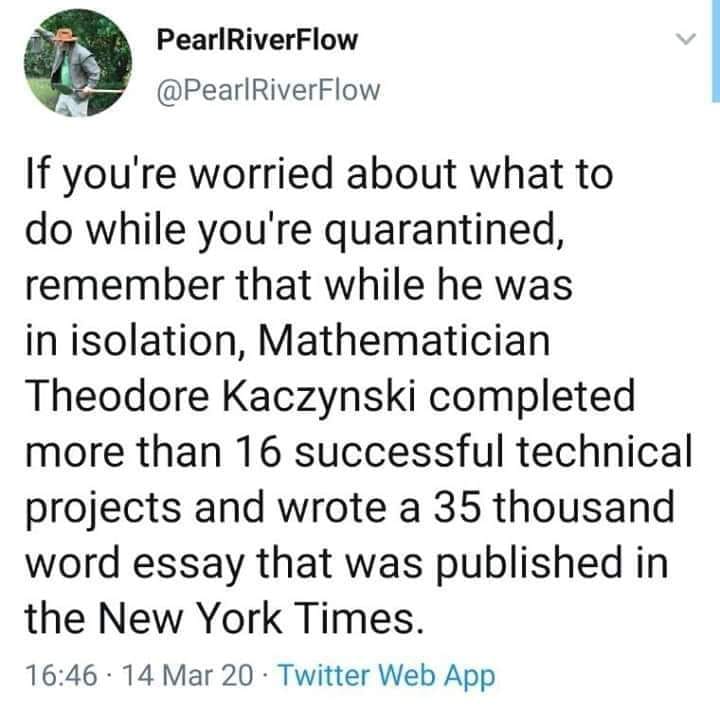 funny aside, need to stay home and flatten the curve.
Reactions: PracticalMac, PlayUltimate, Huntn and 4 others

funny aside, need to stay home and flatten the curve.
Click to expand...

Get to work. I expect a rough draft on my desk on Friday.
Reactions: tranceking26, velocityg4, LizKat and 4 others

AustinIllini said:
Get to work. I expect a rough draft on my desk on Friday.
Click to expand...

I working to finish my adult film script.

Poolboy: I heard you need some servicing, I brought my big hose.

Lonely Rich Wife: You should get started, and work from the front to the back.
Reactions: tranceking26, velocityg4, 4sallypat and 2 others 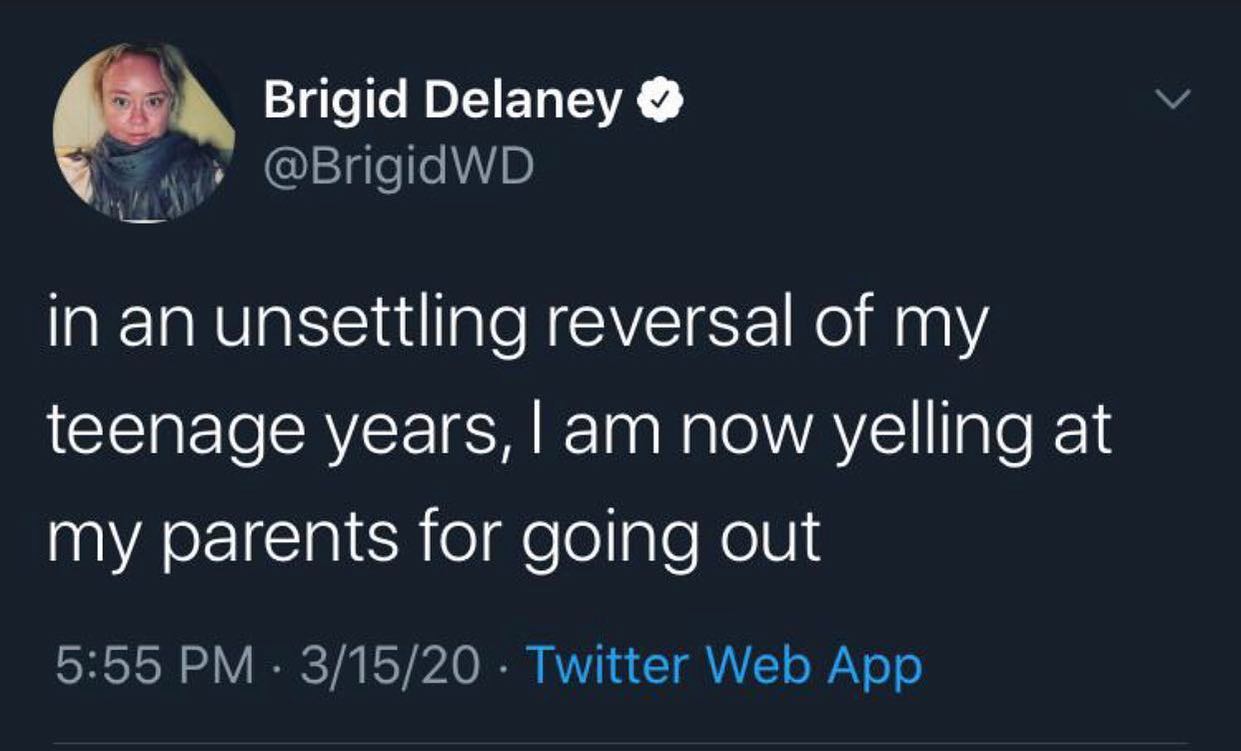 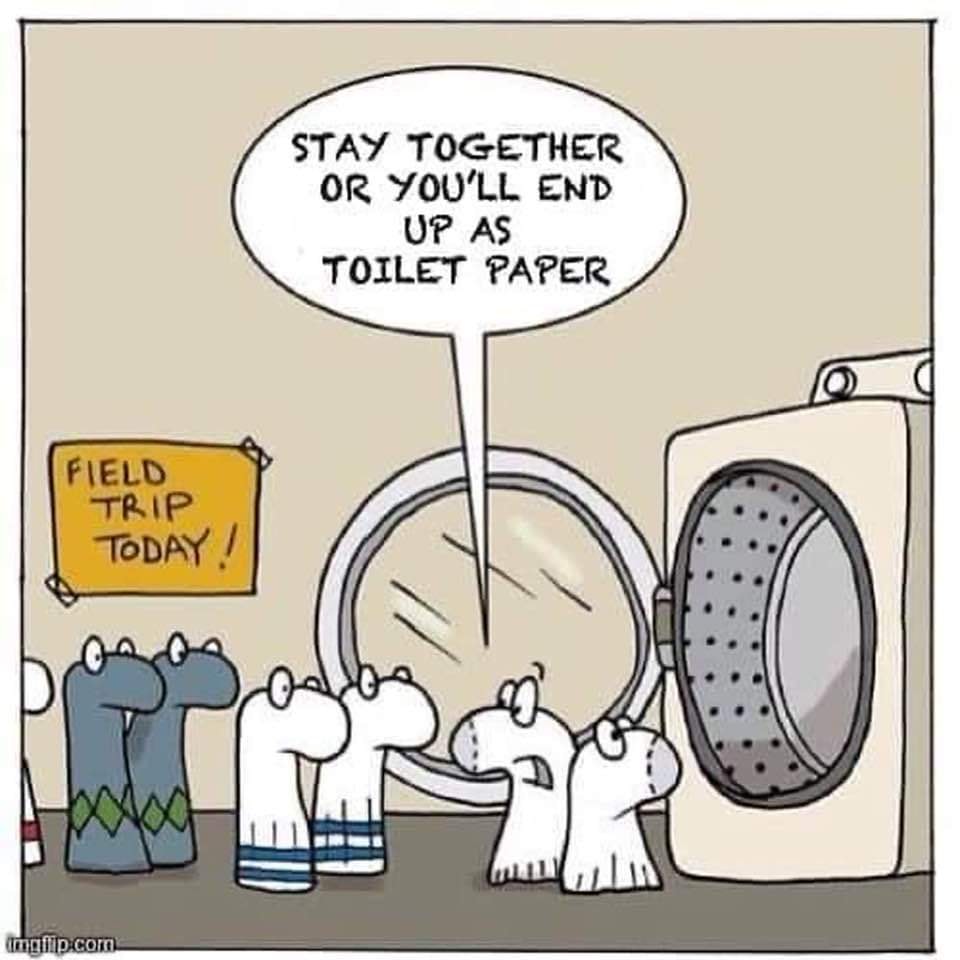 HOPE all is well with you and yours, here we are ok.
Reactions: xraydoc, tranceking26 and velocityg4

Good morning people, I know the virus is serious but laughter is the best medicine . 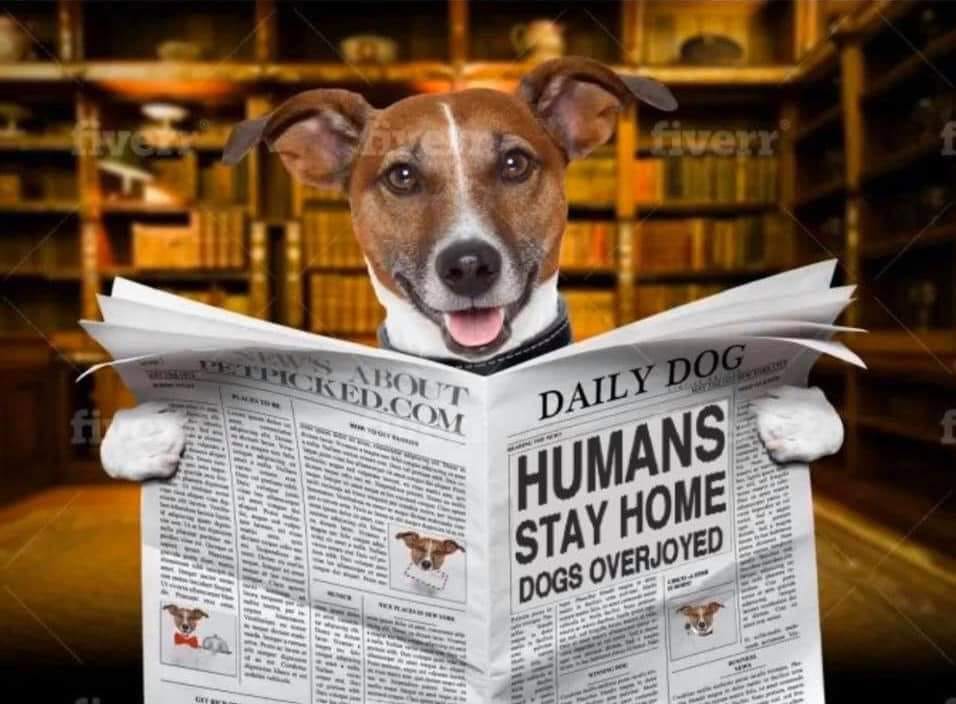 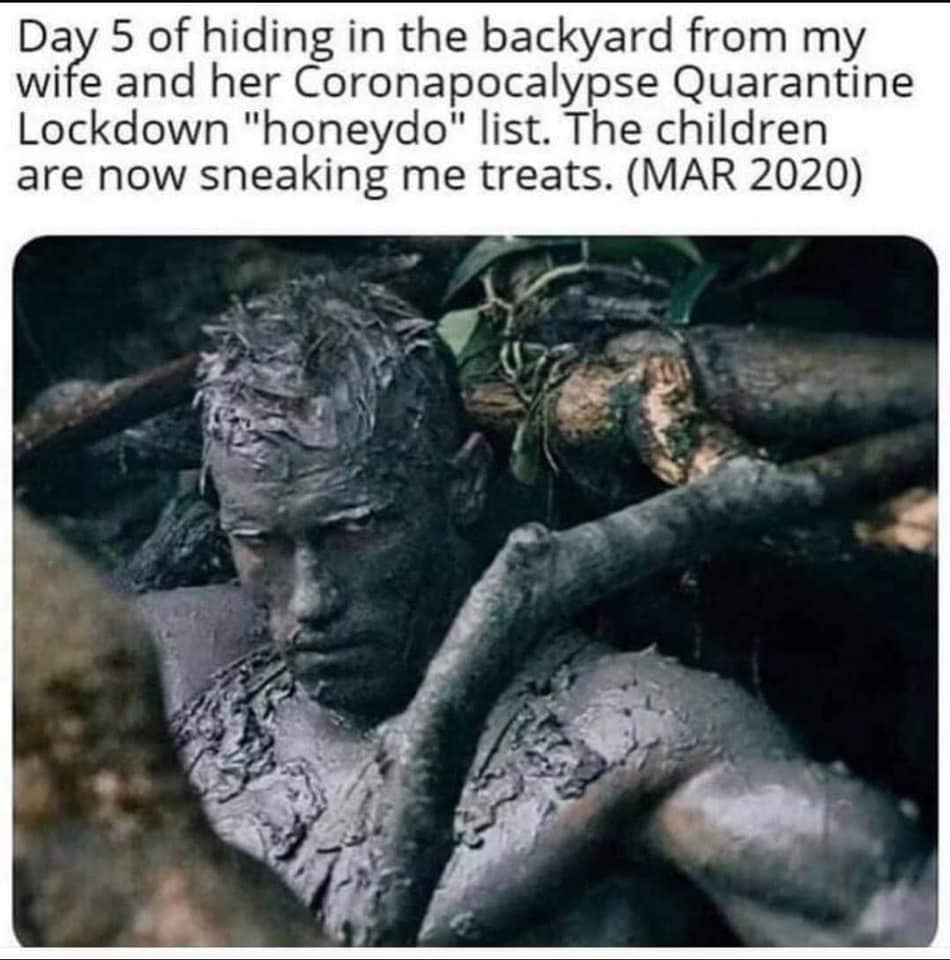 I agree. What do you have in mind ?
Reactions: adrianlondon, jkcerda and chown33 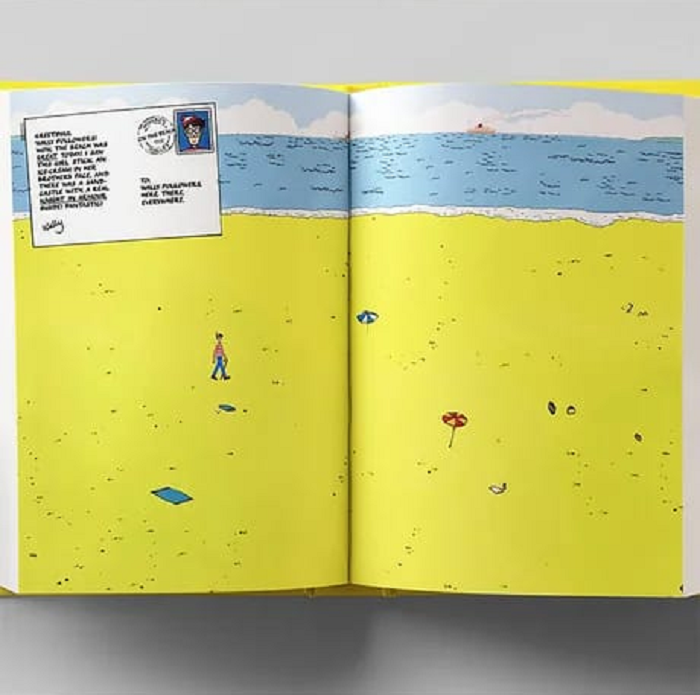 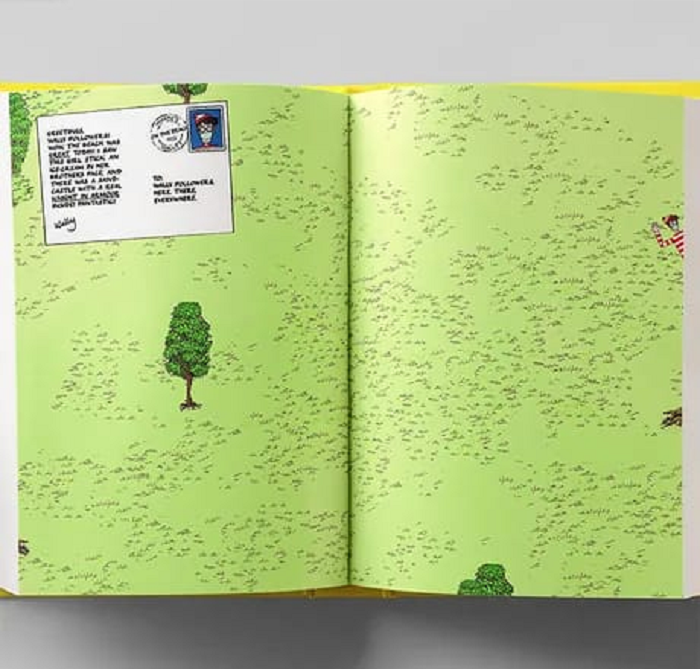 What the heck is he doing walking around like that?!?!?!?
Reactions: tranceking26, AngerDanger, Mefisto and 1 other person

Right?! Then again, should he come across a group of people he does have a couple of options. In the first picture he only needs to sprint in to the ocean, and remain there until the beach has cleared up. In the second picture there's a perfectly good tree for him to climb and wait for the crowd to disperse.

Maybe he has thought this through after all.
Reactions: compwiz1202

This is really well done. You think it is just another humorous parody, but it moves beyond that very quickly and really delivers the message. 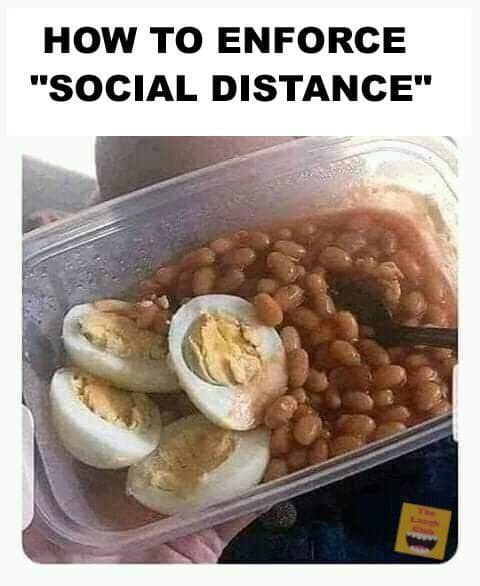 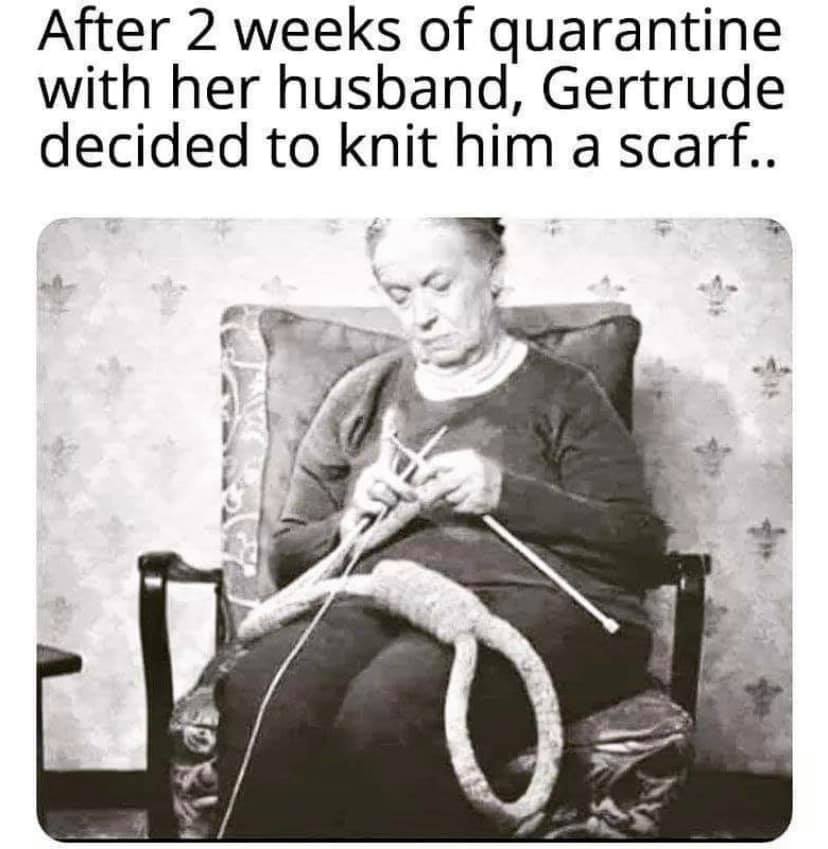 Not a single person has recovered from CoronaVirus in America