Benchmarks supposedly for Apple's A14 Bionic processor in the iPad Air 4, first spotted by Twitter user "Ice Universe," reveal that the A14 offers significant performance improvements over the iPhone 11's A13 Bionic. 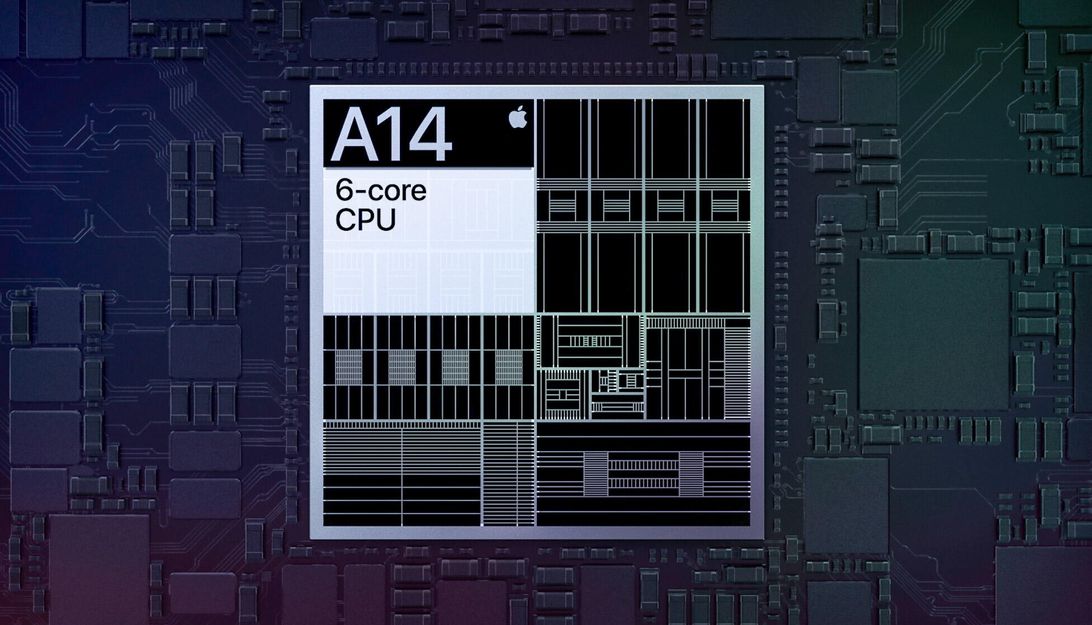 While Apple reported during the announcement of the fourth-generation iPad Air that the A14 offers 40 percent faster performance and up to 30 percent faster graphics than the previous iPad Air with the A12 Bionic, these benchmarks provide a more tangible point of comparison. They also offer the best look yet at what performance improvements will likely be seen across the iPhone 12 lineup.

The iPad Air 4 with the A14 Bionic is due to go on sale at some point this month, and as marketing materials arrive at Apple Stores, the launch does not seem to be far away.

That's a nice upgrade. Maybe going from A13 to A14 doesn't make much sense, but people with A12 and older CPUs are gonna be really satisfied.
Reactions: Lucas284, stress, Homme and 3 others

And only 4gb ram vs the rumored 6gb
Reactions: AnorexicPig, kyleh22, Johnny907 and 3 others
B

A14 is a beast, that single core performance is insane. I don't see Apple giving up it's lead in chip performance anytime soon.
Reactions: xDKP, Glideslope, bobob and 20 others
P

MacRumors said:
The A12Z has a extra GPU core compared to the A12
Click to expand...

compared to A12x*
Reactions: kyleh22, nordique, JDGwf and 10 others

This is strong....this is the base A14 chip, so this is just for the iphones
The ipad pro will have A14Z that will be even better by probably around 20%
And for the first macs even better than the ipad pro
So we can expect that the macbook pro 14" chip will be around 30-50% better than this base a14 chip
Besides that, think about no more heavy heating, think about 14-16 battery life

These are for the very top spec'd models of each, and the highest scores I can find of many posted. The "A14X" derivative that will likely go into the new MacBooks will likely exceed the multi on the current 13" Pro and be very competitive with the 16"
Reactions: KushagraSharma, t0xicgrief, xDKP and 15 others
N

As CPUs get faster, operating systems get slower, so really the purpose of these faster chips is to just keep up
Reactions: Lucas284, atmuris, beermode and 34 others
J

great, but also in line with what one would expect ... will be really interesting to see how this is gong to play out in the first Macs ...
Reactions: VaeVictis, aednichols, christo747 and 3 others

jz0309 said:
great, but also in line with what one would expect ... will be really interesting to see how this is gong to play out in the first Macs ...
Click to expand...

It’s what we’ve come to expect *from apple*, but nobody else in the industry is achieving 20% year-over-year improvement over and over again.
Reactions: t0xicgrief, Jimmy James, DCW and 42 others

yes, but still on 4gb ram, overall the ipp 2020 is still better
Reactions: darkslide29, whatta, Prpolo and 5 others

First, this is not really six cores, it is two fast cores plus four low power cores. If we look at future Macs: This chip easily beats all dual core Macs (yes, the very cheapest Macs havd. And it is reasonably competitive with quad core Macs, without quite beating them in performance. Where it will beat them is with not very demanding applications; if the four slow cores are powerful enough then they will use a lot less power and improve battery life.

But I’m sure Apple is working on chips with four fast + four slow cores at least. That should easily beat everything quad core, beat six core Macs, and almost draw even with eight cores and I expect that in the first ARM Macs. So: Improved low end Macs with 2+4 cores that you _might_ buy instead of quad core Intel. Improved mid range Macs with 4+4 cores that replace 4 or 6 core Intel Macs and that you _might_ buy instead of an 8 core Intel Mac. And all Intel Macs with fewer than eight cores get dropped.

(Actually, I assume 4+4 cores is close to finished, and they are working on the next size).
Last edited: Oct 3, 2020
Reactions: plncrzy, Homme, Europolit and 1 other person

Mojave is more CPU friendly compared to High Sierra. At least in my field of work (Audio Post Production).
Reactions: Icaras, sideshowuniqueuser, aylk and 3 others

Why never Metal Benchmark for comparison?

fokmik said:
This is strong....this is the base A14 chip, so this is just for the iphones
The ipad pro will have A14Z that will be even better by probably around 20%
And for the first macs even better than the ipad pro
So we can expect that the macbook pro 14" chip will be around 30-50% better than this base a14 chip
Besides that, think about no more heavy heating, think about 14-16 battery life

This is the chip that's in the iPad Air that was already announced, not just for iPhones..
M

This is interesting because he's not totally wrong. Machines today should be much faster, but they aren't as much faster as you'd expect. That'a because the chip power's being used for background stuff, like auto-spell checking, autofill, predictive typing, etc. When's the last time you triggered a spellchecker by hand?

For some people more performance is obvious: you can use x number of tracks, or you can process y more images. For the majority, well, 4k streaming's been possible for years. The most practical measure of new performance is probably live video effects, which was pretty much impossible before.
Reactions: RaoulDuke42, AnorexicPig, XXPP and 2 others

Cool to see how far technology has come. The Intel X5690 has a single core score of less than half of that at ~630 and multi core around ~3100. Thermal management is another issue entirely, but the fact that mobile devices have more powerful processors than the 5,1 Mac Pro is a pretty amazing.
Reactions: Jimmy James, Unregistered 4U and 2013.1
E

Shame they couldn't match the multi-core performance of the old Pro, but single-core will still matter more for most use cases. I really wish I had bought an iPad Pro two years ago, as that A12X will keep trucking for a long time yet...
Reactions: Jimmy James, DeepIn2U and Jony Ive and Co.
E

that’s extremely impressive, pretty much the next iPhone will be on par with a wide range of MacBook Pros. However, if they put the a14x Version into the pro machines, it’s still not gonna be enough to justify a switch, there’s just way too much you’re giving up, it better be something impressive to be worth it. They need to put in a chip with a respective power envelope if they want to make it a tempting offer for professionals.

Still not sure whether I would bite the bullet, considering how restrictive Apple has become about their eco system. I wish there was still a possibility for Bootcamp, that certainly would make it an easier purchase
Reactions: Jimmy James, plncrzy, NMBob and 4 others

Why does Apple torture us with the continued non-specific launch date of this iPad. It’s brilliant. Now I want two iPads. 😂
Reactions: The Cappy, Spudlicious and GrumpyMom

The A14x is going to be scary fast.
Reactions: Jimmy James, DeepIn2U, Internet Enzyme and 6 others
E

Ugh. I’m gonna be so tempted to buy 12pro max! These scores are already almost double what my XS Max gets, AND the 12 Pros are supposed to get 2 extra GB of RAM compared to this iPad, so scores will definitely surpass this iPad...... my wallet is telling me wait one more year though 😂
You must log in or register to reply here.
Share:
Facebook Twitter Reddit Email Share Link
Register on MacRumors! This sidebar will go away, and you'll see fewer ads.
Sign Up
Top Bottom