Apple customers in Australia and New Zealand are always the first to get their hands on new devices on launch day because of differences in time zones, and the new 2019 devices are no exception.

It's just after 8:00 a.m. in New Zealand, and customers who pre-ordered an iPhone 11, iPhone 11 Pro, iPhone 11 Pro Max, or Apple Watch Series 5 are beginning to receive their shipments and have started sharing the first customer photos of the devices on Twitter, Instagram, reddit, and the MacRumors forums. 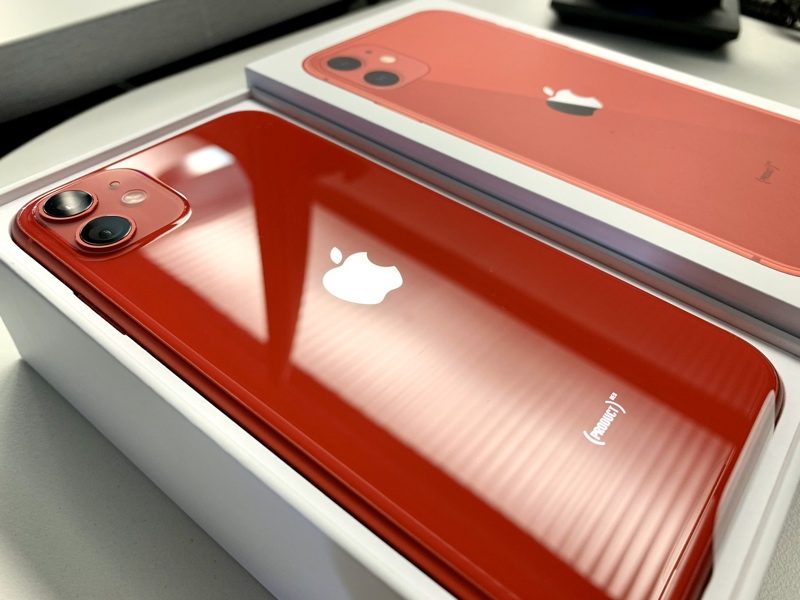 iPhone 11 image via Twitter user Dan​
There are no Apple Stores located in New Zealand, so customers in Australia will be the first to be able to purchase an Apple Watch Series 5 or new iPhone 11/11 Pro model from an Apple retail location.

Available stock in Australia should give us some idea of what we can expect in other retail stores around the world as it rolls around to September 20 in other countries. Many iPhone 11 Pro and Pro Max models sold out early this year, so there are customers who may be hoping for in store stock. 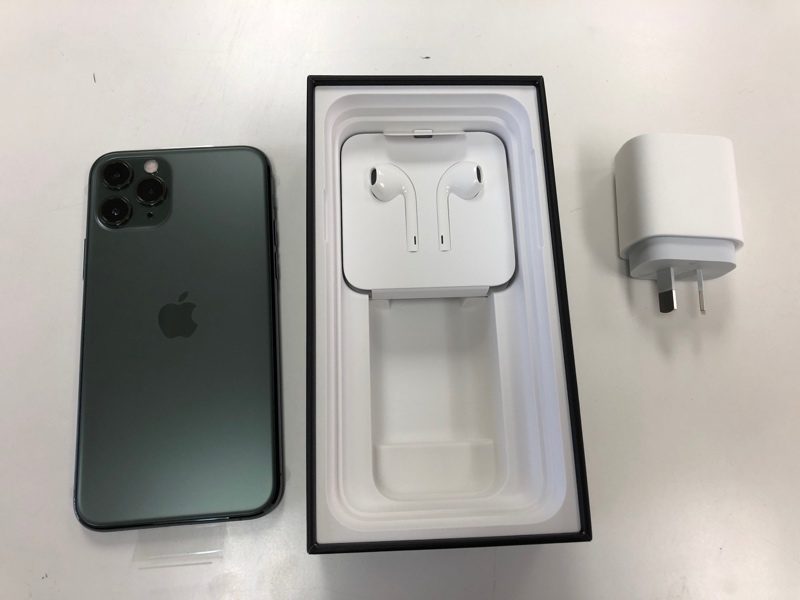 This includes Apple's new Fifth Avenue Store, which has been entirely overhauled and will be reopening for the first time since 2017 on September 20.

Apple is likely to have some stock available for walk-in customers at most of its retail locations around the world, but supplies of some devices, such as the 11 Pro and Pro Max in the new Midnight Green color, could be limited. As always, customers hoping for a new device on launch day should try to get to the Apple Store early.

Other retailers, including carriers and big box stores, should also have some iPhone 11, 11 Pro, and 11 Pro Max models to offer up to customers.

In the United States, the first new device deliveries will take place on the east coast starting at 8:00 a.m.

Make sure to stay tuned to MacRumors both tomorrow and throughout next week, because we'll have plenty of iPhone 11, iPhone 11 Pro, iPhone 11 Pro Max, and Apple Watch Series 5 coverage to share with our readers.

If only they were affordable here lmao
Reactions: Ramchi and martyjmclean
Comment
J

I love how Macrumors has to explain time zones every year.
Reactions: Tech198, locovaca, cbaca51 and 21 others
Comment

Hoping mine gets delivered early in the day tomorrow
Reactions: cbaca51, DocMultimedia, thewebb and 1 other person
Comment

jonnyb said:
I love how Macrumors has to explain time zones every year.
Click to expand...

I know! Not to mention it's the same articles every year too. Copy and paste....
Reactions: JosephAW, TechGod, martyjmclean and 1 other person
Comment
B

I have the red arriving tomorrow. It's gorgeous!
Reactions: Keane16, orbital~debris, xDKP and 9 others
Comment
B

Yes New Zealand is first to get Apple products on release day but still no Apple Store... okay apple!
Reactions: orbital~debris, macfacts, TechGod and 4 others
Comment
A

Not a fan of how Midnight Green looks in certain photos - the Matte Glass looks a bit dull. For the Pro, the silver and gold seem to be the way to go this year.
Reactions: thewebb, yanbellium, Sasparilla and 5 others
Comment
S

That red gets me every time. I have the iPhone 8 in red and it's so much nicer than my Xs in gold.
Reactions: TOGURO06, martyjmclean, The Barron and 2 others
Comment

I looked at my usage and concluded I can get by on my iPhone X for a few more years.
Reactions: R3k
Comment

That red iPhone 11 looks awesome. I'd get that and a clear case if I wasn't such a Professional.
Reactions: Austin Chow, jelloshotsrule, WBRacing and 10 others
Comment
P

I wonder if any Apple Watch Titanium devices (or other "Edition" devices) will be available in stores on launch day.

I ordered mine (Titanium Black with Black leather band) moments after they appeared on the website, and had no option for in-store pickup/to have it delivered to a store. It seems like the "Edition" watches (Titanium/Ceramic) aren't available for in-store (and deliveries to home won't arrive until next week at earliest).

If they are available in-store tomorrow, I'll stop by. But the website still doesn't show that as an option, so I assume they won't be there. Curious to know if I'm wrong.
Reactions: nikster0029
Comment

jonnyb said:
I love how Macrumors has to explain time zones every year.
Click to expand...

Wow, that red pops, and I really like the (very bluish) green 11 as well. Still not sure what to think of the 11 Pro midnight green -- I go from loving it to not really sure, depending on the photo. Overall, I like the bright 11 colors but really want a Pro phone.
Reactions: orbital~debris, HVDynamo and The Barron
Comment

I feel your pain. Ireland has been Apple’s European HQ for some services - operating here since 1980! - but still no Apple Store here.
Reactions: Apple Core, RJ_Online93, orbital~debris and 3 others
Comment

Went into the Noel Leeming here in Dunedin. Store empty. Two workers hanging around the new phones. Nothing to do.

What version of iOS is installed on the first shipment of phones?
Is it 13.0 ?
Comment

Curse those Kiwis... they get to live in a beautiful country AND get all the Apple kit first!
Reactions: ZZ9pluralZalpha, martyjmclean, fjfjfjfj and 3 others
Comment

That red 11 looks great. My Series 5 is scheduled for Sept 26 delivery, up from Oct 4, so I wonder if Apple has a better grip on production/demand. It seems like a lot of people’s pre-orders shipped earlier than expected.
Comment

One does not simply walk into an Apple store.
Reactions: orbital~debris, danny842003, GrumpyMom and 1 other person
Comment
N

The first thing many will be doing once everything is up and running: “Find the darkness so I can test out Night Mode!” Lol.
Reactions: orbital~debris and GrumpyMom
Comment