Google Assistant Gaining Support for Multiple Requests and Continued Conversations, Will Be Able to Make Phone Calls for You in the Future

Gmail, for example, is gaining a new smart compose feature that will suggest full phrases for you as you type. Pressing the tab key will insert the suggested phrase, cutting down on the amount of typing that you need to do in Gmail.

In the next couple of months, Google Photos will get Suggested Actions, offering contextual functions for you to act on. For example, if you have a photo with a friend in it, Google Photos will suggest sending the photo to the friend. If a photo is underexposed, Google will suggest a fix that can be initiated with one tap. It can also do things like remove the background color from an image, or colorize a black and white photo. 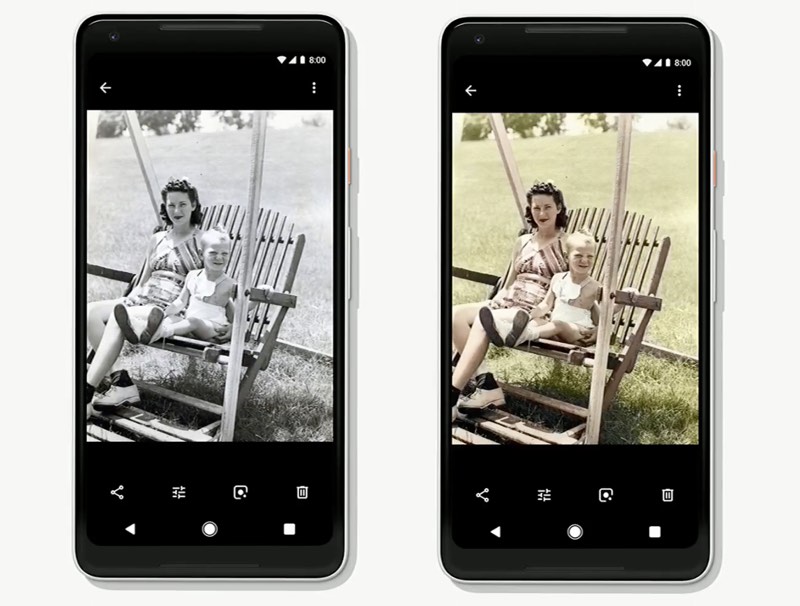 Continued conversations will be supported in the coming weeks, which means you won't need to say the Ok Google activation phrase for every request. Instead, you can say it once and then follow up a request with additional questions that Google Assistant will be able to understand. 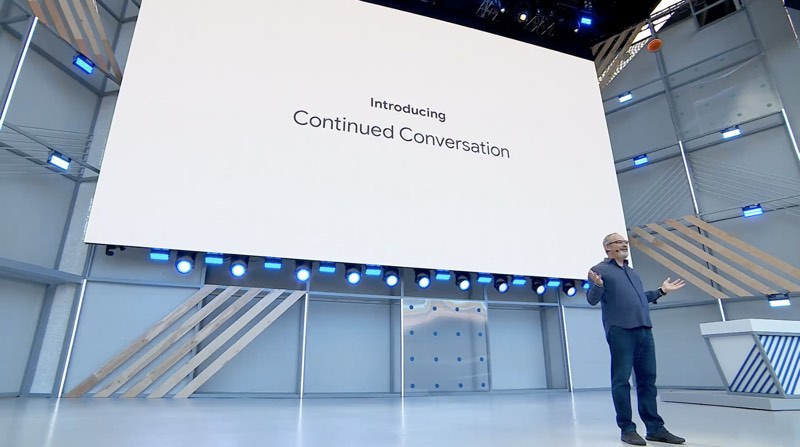 As of today, Google Assistant will be able to respond to questions that include two requests at once, and later this year, parents will have the option of turning on a "Pretty Please" feature that's designed to teach children manners by offering positive reinforcement for polite conversations that include please and thank you.

Google has been working with companies like Starbucks, DoorDash, Domino's, and other restaurants for Google Assistant integration, and Google Assistant will also be added to Google Maps for navigation purposes this summer. Google also plans to roll out its visual assistant, which works hand in hand with Google Assistant to offer up information, on iOS and Android later this year.

Google also unveiled a new Google Duplex feature, which lets Google Assistant make actual phone calls to businesses to do things like schedule appointments and make reservations. In a demo on stage, for example, Google Assistant called a real salon and made an appointment in a natural-sounding conversation. 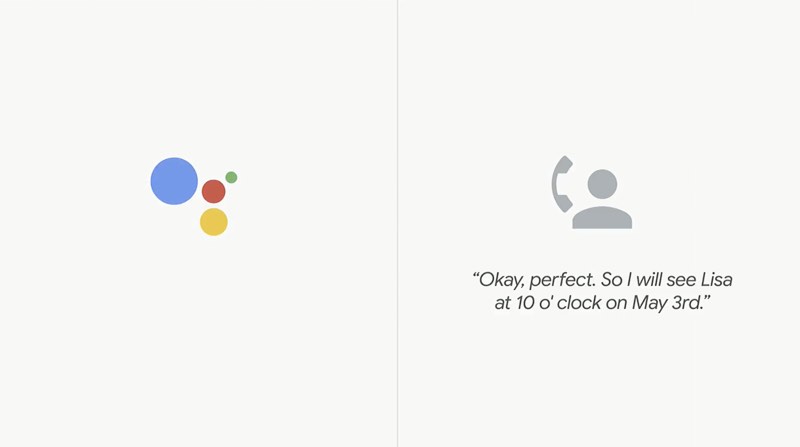 This feature is rolling out later in the year, but Google will add it on a small scale in the coming weeks. Google Assistant will be able to call businesses for holiday hours, using that information to update information in Google search for all users. Google has examples of Google Duplex conversations on its AI blog.

Google unveiled a revamped Google News app with personalized news suggestions, "Newscasts" that offer up news previews from multiple sources, a "Subscribe with Google" option that lets you access paid content from subscription news sites, and several other new features. It's rolling out on Android and iOS devices next week. 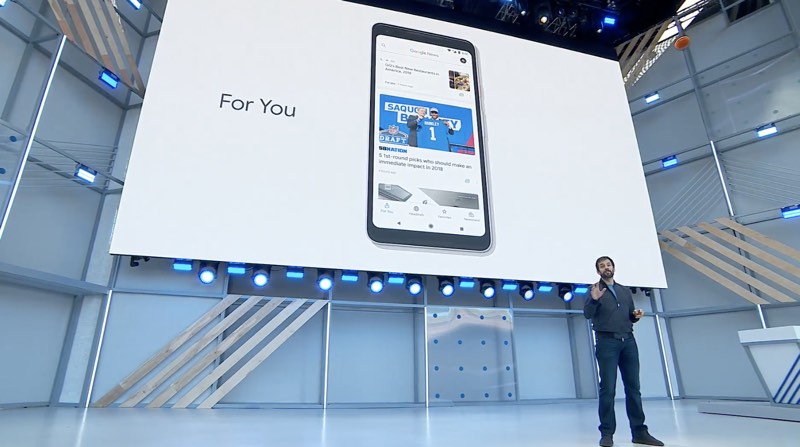 Other new features include Morse code support for the Gboard keyboard with text output and solutions for Accessibility purposes, an Android Dashboard for digital well-being that will let Android users know how much time they're spending on the phone and which apps they're using most, and warnings on YouTube that will tell users to take a break.

Article Link: Google Assistant Gaining Support for Multiple Requests and Continued Conversations, Will Be Able to Make Phone Calls for You in the Future

The google assistant appointment demos were seriously some of the most impressive demos I have seen in a while. A little creepy how realistic it handed the conversation.
Reactions: dhershberger, arkitect, tsang2320 and 30 others
Comment
T

With the way Apple has fallen behind here, you'd think implementing a useful AI assistant is impossible. Clearly, it isn't. Apple should be embarrassed. Postponing and delaying products and features seems to be the new norm. For these reasons, I might be looking at an android option to replace my iPhone. What a joke.
Reactions: dhershberger, arkitect, dilbert99 and 46 others
Comment
B

Siri is so far behind here it’s not even funny. How could Apple let it languish for so long? It should worry Apple when someone like Rene Ritchie tweets this:

Rene Ritchie (@reneritchie)
5/8/18, 1:10 PM
So much of what I’ve been hoping to see in iOS dynamic interactivity and app unbundling is being presented by Google for Android.

Now if only Apple would give Siri the same treatment.
Reactions: AleRod, User 6502, twistedpixel8 and 3 others
Comment

Good deal. Hadn't seen any coverage of this yet on Google Rumors, so I'm glad it's here.
Reactions: Capeto and Winter Charm
Comment

And to believe that the biggest Siri news in the last couple of months was support for more jokes..
Reactions: arkitect, blogcraft, mingravity and 37 others
Comment

MacRumors said:
Other new features include Morse code support for the Gboard keyboard...
Click to expand...

I'm impressed I can wake up and say, "Hey google, turn on the coffee and turn on the cable" and it understands both without having to say one, pause, and then say the other.
Reactions: GeeMillz22 and iLLUMI
Comment

Apple honestly needs to can Siri and reinvent it. Similar to how they canned mobile Me and introduced iCloud.. Google assistant is literally the only thing android has over iPhone.
Now granted. It’s going to take 2 years for all androids to even get this functionality that they introduced today... so Apple has 2 years to catch up lol
Reactions: tphalp, petsounds, femike and 12 others
Comment

I think it's really impressive but not really useful.
Reactions: Skoal and femike
Comment

fel10 said:
Now if only Apple would give Siri the same treatment.
Click to expand...

It just reminds me that the whole range is in desperate need of a refresh. Why take only care for the shareholders when the ones who make it possible are getting milked and being neclected.

I definitely need to write something good about Apple but can’t honestly find anything anymore.

This company has definitely lost its soul and are only profit focused and driven.
Reactions: femike, morcutt11, NIKKG and 2 others
Comment

gigapocket1 said:
Apple honestly needs to can Siri and reinvent it. Similar to how they canned mobile Me and introduced iCloud.. Google assistant is literally the only thing android has over iPhone.
Now granted. It’s going to take 2 years for all androids to even get this functionality that they introduced today... so Apple has 2 years to catch up lol
Click to expand...

Assistant and maps are their own app so there's really no wait even if you are on an older version of Android. Most of the features they showed will be rolling out over the next few weeks.

Google home is going to benefit a lot from this as well
Reactions: dk001, Marquitos14, tzm41 and 1 other person
Comment
N

Using AR inside of maps is really cool. 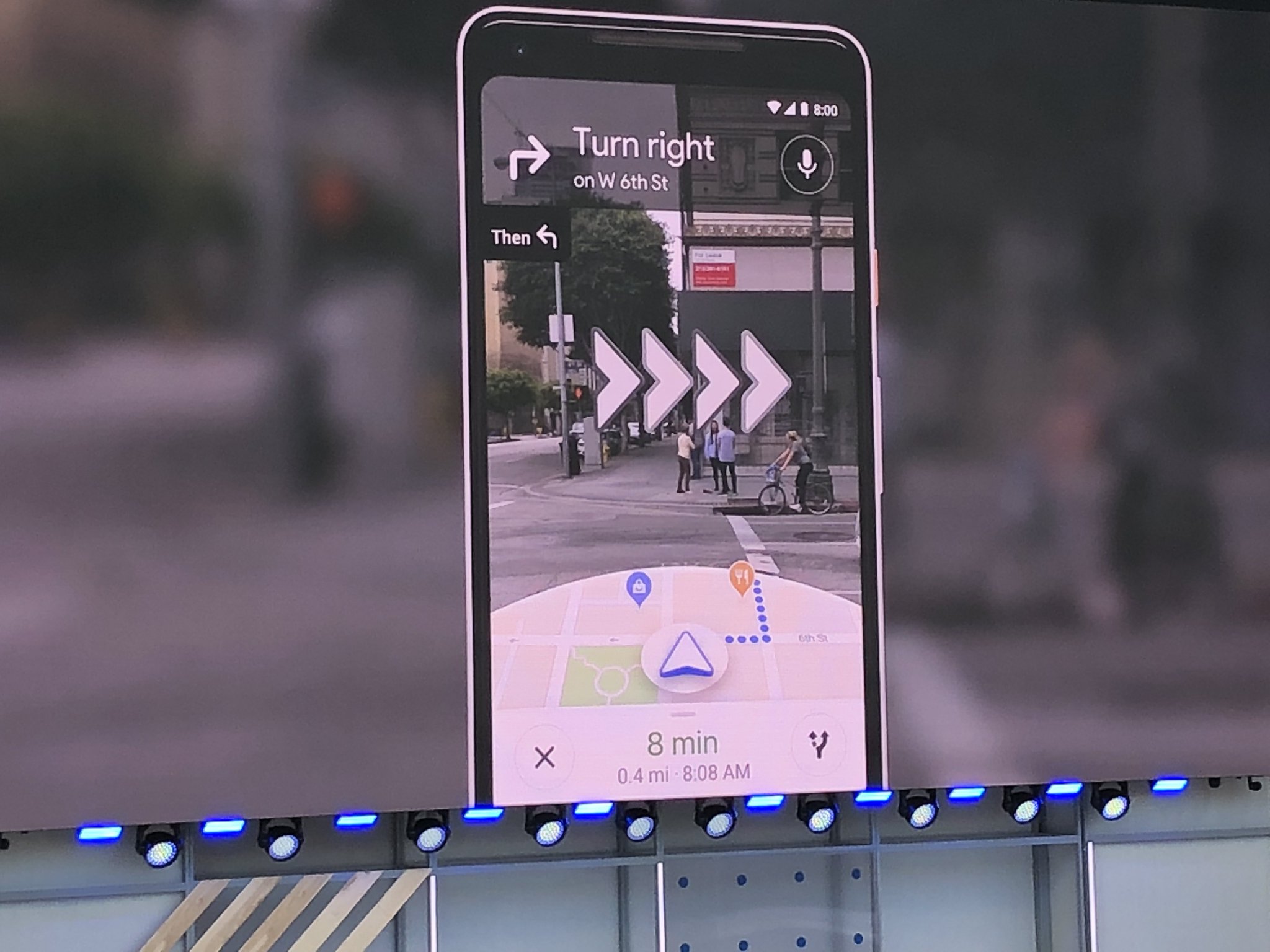 If Google can talk on the phone, make appointments and service requests and such, so I don't have to make another phone call in my whole life, then I'm switching to Android.
Reactions: LeahJoFoxtrot, DblHelix, DarkRas and 14 others
Comment

Is it just me or does anyone else say Please and Thank You to Siri?
Reactions: alllexx
Comment
A

Like someone posted in another thread about Google Assistant last week, it's absolutely asinine that Google Assistant is capable of turning an iPhone's flashlight on or off via voice command while Siri simply replies, "Sorry, but I'm not able to do that." Apple's own on-device assistant can't do what a third-party's voice assistant can when it comes to controlling the iPhone hardware. Apple continues to add jokes to Siri's repertoire, though, so there's that.
Reactions: evoluzione, Cameroncafe10a, dk001 and 26 others
Comment
I

Their Duplex technology is amazing. It could prove to be useful for so many people.
The voices sound so natural, so realistic. And that restaurant booking was handled so well, considering the girl on the other end was pretty clueless. It was both funny and amazing.
The future is looking exciting again.
Reactions: eroyce and Wide opeN
Comment

cppguy said:
If Google can talk on the phone, make appointments and service requests and such, so I don't have to make another phone call in my whole life, then I'm switching to Android.
Click to expand...

The future - robots talking to robots so we don't have to.

So meta.. but how do you monetise it?
Reactions: Sasparilla
Comment

Read through some of the features, nothing really new here. Feels like a normal Android update to me. I suppose the AI stuff is cool if you use voice assistants (I don't).
Reactions: Skoal and femike
Comment
C

What if it files for a divorce and quits your job for you? "No I didn't want that, what did you do?" "Sorry it's too late, the court appointment is already made. I've already called your wife, she knows you're done with her." "But I didn't mean it, it was a joke, I didn't actually mean it!!!!"
Reactions: femike, eroyce, hipnetic and 1 other person
Comment
C

Sigh.... I really want to believe in you Siri but you are leaving so much to be desired. The HomePod hardware is amazing, and Siri works alright - but every time Google and Amazon show off updates like this it makes me wonder why I am in the Apple ecosystem. I may have to pick up a Google Home to set next to my HomePod...
Reactions: tsang2320, HarryWild, geromi912 and 8 others
Comment
You must log in or register to reply here.
Share:
Facebook Twitter Reddit Email Share Link
Register on MacRumors! This sidebar will go away, and you'll see fewer ads.
Sign Up
Top Bottom