Earlier this year, news leaked that Google was working on an Android Wear app for the iOS App Store, and it appears that the company's progress on engineering Android Wear devices to work with iPhones is nearing completion.

According to a source that spoke to The Verge, Android Wear on the iPhone works similarly to the Apple Watch, connecting through a companion app and providing functions like Notifications. Google is said to be "close to finishing" the final technical details behind the project. 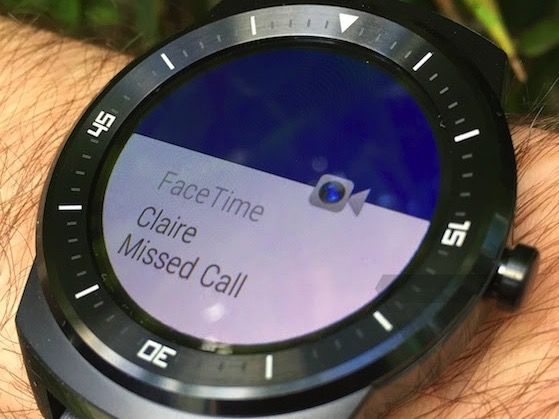 An LG G Watch R with FaceTime notification from iOS, via The Verge​

In its current state of development, Android Wear works along with a companion app on the iPhone and supports basic functions like notifications -- as you can see in the photo below. As it does on Android, on the iPhone Android Wear also supports Google Now's ambient information cards, voice search, and other voice actions. It should also support some more advanced features with Google's own iOS apps, like replying to Gmail messages.
Click to expand...

If Google finishes the project and submits its Android Wear app to the iOS App Store, it is not clear how Apple will react, given that the app would allow Android Wear devices to compete directly with the Apple Watch. Apple allows Pebble and other competing fitness bands to have apps in the App Store, so it may also permit Google to release an Android Wear app, but at the same time, Apple has aggressively cut down on products similar to the Apple Watch in its retail stores.

It no longer sells fitness devices like the Fitbit, the Jawbone UP, and the Nike Fuelband, and over the years, Apple has also had some altercations with Google. Apple used to feature Google Maps on its iOS devices, but moved on to its own proprietary mapping solution several years ago.

Android Wear watches are built on Google's platform but are available from a number of Apple's competitors, including Samsung and LG. Popular smartwatches like the LG G, the Moto 360, and Samsung's Gear lineup are all Android Wear devices.

There is no word on when Google might release an iOS app capable of officially connecting Android Wear devices to iPhones, but it's possible an announcement could come during the company's I/O developer conference in late May.

So iPhone users have a wider choice of smartwatch than Android phone users?
A

I've been interested in the Asus ZenWatch since it came out. It looks great, it's affordable, and it does everything I'd want it to do and nothing more.

Personally I'd want the iWatch ui on a moto 360. 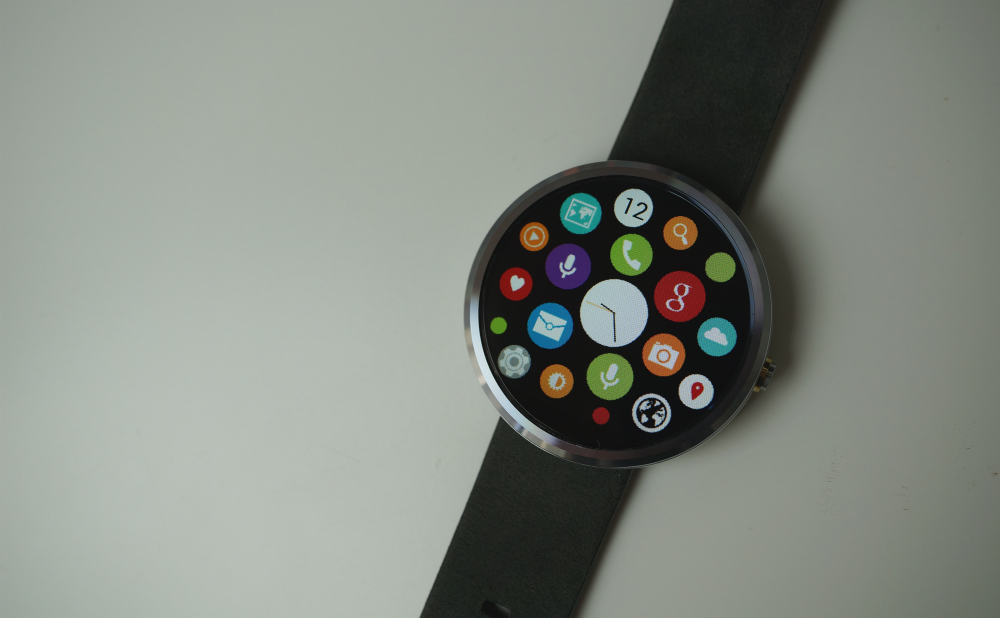 thekeyring said:
So iPhone users have a wider choice of smartwatch than Android users?
Click to expand...

Exactly. Sort of puts the term 'open' on it's head.
S

ElZeus said:
Personally I'd want the iWatch ui on a moto 360.

I definitely prefer the circular watch face too!
T

bbeagle said:
Exactly. Sort of puts the term 'open' on it's head.
Click to expand...

Not really. Android Wear is open. You may use any phone you want with it.

Watch is closed - you can't use it with any phone other than an iPhone.

bbeagle said:
Exactly. Sort of puts the term 'open' on it's head.
Click to expand...

Not sure how you come to that conclusion. Google is making it possible to use Android wear on an iphone. Im not sure how this makes Android less "open"

Great. I would much rather buy a moto360 than Apple watch.

Your really trying arent ya. And why do Apple phone users have choice compared to Android phone? Yep because Wear is open
D

My dad asked me if I plan to buy an Apple Watch. I told him yes. He said "I saw on the news that it can tell you when to get up and move around, can tell you where you need to be, can even keep track of your health". I said yep, more or less. His response was, "I guess I don't need an Apple watch then, I already have your mother for that". I am pretty sure he heard this on TV somewhere - my dad isn't usually that clever with current events, and it's the first "your mother" joke he's ever told me, lol.

I guess Android Wear on iOS can only be a good thing. Any cool features they make available will put pressure on Apple to make their Watch better. And vice versa. Which hopefully means growth and meaning for the smart watch category for the masses. It seemed that the smart watch category as a whole is what got the bad reviews, and not so much the Apple Watch itself.

If only Jobs would have kept his promise and opened FaceTime so everyone could use it. Sure would be nice to be able to use it with Android friends too.

Great, but I am going to hold out until I get a 'wearable' that will replace my phone completely.
Last edited: Apr 9, 2015
S

It will be interesting to see if Apple allows this integration to come to fruition and be allowed in their App Store.

Apple doesn't tend to like competition all that much, and anything that takes attention away from Apple Watches will surely be viewed with disdain.

jasvncnt said:
Your really trying arent ya. And why do Apple phone users have choice compared to Android phone? Yep because Wear is open
Click to expand...

I agree. iPhones have more choice.

It's because Wear is open. Yes.
S

OldSchoolMacGuy said:
If only Jobs would have kept his promise and opened FaceTime so everyone could use it. Sure would be nice to be able to use it with Android friends too.
Click to expand...

Having iMessage on Android and Windows would be very nice as well.
M

There should be no problem with Andriod Wear on iOS. At least Apple better mind their P's & Q's regarding allowing competing products on their platform - if they don't it's a potential Anti-Trust violation - the same kind of crap that landed Microsoft in hot water.

I think you'll see it in the App Store soon enough. It's not like there is a real problem or even much competition - Android Wear can fill in the low end; the Apple Watch is in a different league entirely.

edit: Like MasterRyu2011 pointed out, not all Android smartwatches use Wear. Sooooo, what wasn't a big deal in the first place is even less so.
Last edited: Apr 9, 2015
M

thekeyring said:
So iPhone users have a wider choice of smartwatch than Android phone users?
Click to expand...

Not all Android smart watches are using Android Wear. So I would say it's about even

I would so buy a Moto 360 with metal band if it supported iOS. 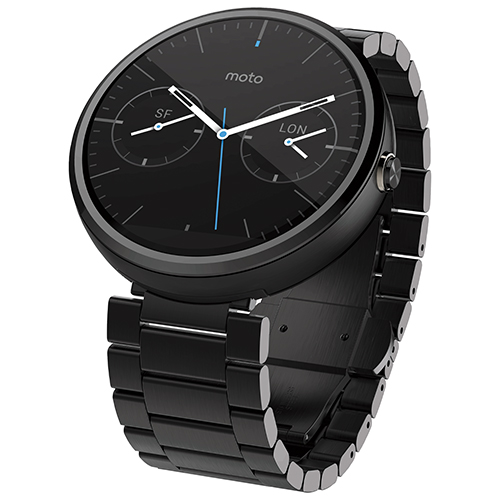 trekkie604 said:
I would so buy a Moto 360 with metal band if it supported iOS.

I have to say that is one nice looking watch. I like the Apple Watch as well, but really am a "one color" fan and can't afford an all stainless Apple Watch just now.
You must log in or register to reply here.
Share:
Facebook Twitter Reddit Email Share Link
Register on MacRumors! This sidebar will go away, and you'll see fewer ads.
Sign Up
Top Bottom