Google Maps and Waze Coming to CarPlay in iOS 12 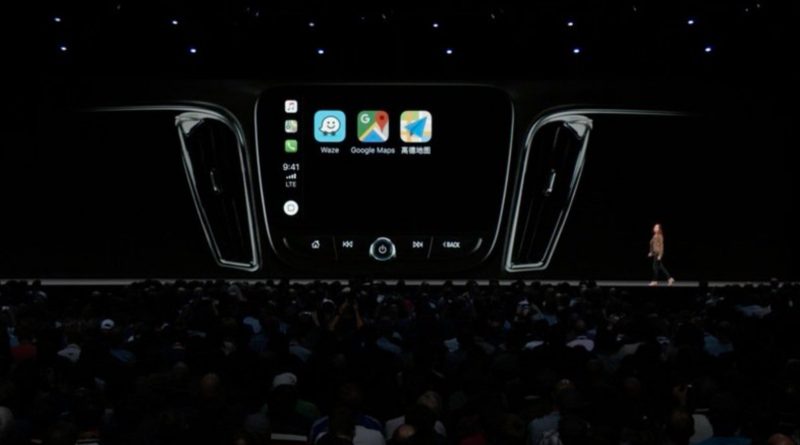 Beginning this fall with iOS 12, Apple will allow navigation apps to work with CarPlay, including both Google Maps and Waze.

The change was announced at WWDC, and -- for consumers -- could be one of the most immediately useful announcements made during the entire keynote.

Since CarPlay was first introduced a few years ago, Apple has prevented all navigation apps not named Apple Maps from working with CarPlay. This means that anyone who wanted to use an alternative app like Google Maps, Waze, or TomTom was forced to use a phone mount instead of the otherwise very useful CarPlay.

Apple didn't actually say when (or even if) Google Maps and Waze would be available with CarPlay, but MacRumors has reached out to Google and will update if we hear back.

Apple revealed at its WWDC keynote today that third-party navigation apps are coming to its CarPlay dashboard system as part of iOS 12.

Nav apps coming to CarPlay that have already been confirmed include Google Maps and Waze.

Finally, hope this means TomTom too.
Reactions: arkitect and Statusnone88

This is huge. I’m Actually surprised Apple is making this change. And now it allows for more diversity like Google Maps, which has its advantages over Apple Maps.
Reactions: arkitect, ex0dus1985, Banyan Bruce and 7 others
D

Wow! I never thought that would happen
Reactions: Statusnone88 and tbayrgs

Anxious to hear more about this. My new VW has CarPlay. Used it on the way home from the dealer and have not tried it again since then. Third party apps would definitely be a reason to revisit CarPlay.
Reactions: arkitect, ex0dus1985, Statusnone88 and 1 other person

I wonder if Apple got a data sharing deal or something
Reactions: MozMan68
T

Boyd01 said:
Anxious to hear more about this. My new VW has CarPlay. Used it on the way home from the dealer and have not tried it again since then. Third party apps would definitely be a reason to revisit CarPlay.
Click to expand...

Similar experience with my Jeep. I upgraded from a 2015 to 2018 with CarPlay a big part of that decision - used it once or twice and realized how terrible it was... can’t wait!
Reactions: arkitect
M

Damit. Now they are going to tempt me into upgrading the system on my car. I hate you Apple. Always making me spend money...
Reactions: Statusnone88
D

Has hell frozen over?
Reactions: Banyan Bruce
A

Now, we've just got to convince Google to update the Maps app and the Waze app to support CarPlay. Wonder how long that will take?

In my dream world, I'll install the dev beta today and it will magically work on my way home.
C

Wasnt expecting this!
Hope its better than the Ford version Waze with iPhones.
Google too, man this is great.
Reactions: arkitect and Statusnone88

THIS has been why I haven’t purchased a CarPlay head unit yet. Now it’s time to start shopping I think!l
Reactions: Banyan Bruce
M

I had two gripes with CarPlay. Being unable to search for music with Spotify and not being able to use Google Maps. Now one of them is coming. This is the biggest news from WWDC for me I use CarPlay almost daily.
Reactions: coolsean20, arkitect, Banyan Bruce and 1 other person

Holy smokes. Wasn't expecting this to happen. Such a pleasant surprise this.
Reactions: arkitect and Banyan Bruce
F

Doesn't this require CarPlay 2? Which I assume means the car manufacturers will have to push out an upgrade. Wonder how long that will take?
A

Sadly this news comes too late for us fans of Navigon which is now at end of life. Perhaps Garmin would have ultimately decided to kill it anyway, but I’m a firm believer that Carplay stood in the way of Navigon continuing to thrive.
Reactions: Banyan Bruce

Waze is THE BEST I'm coming up on my 6th year of usage. It's as necessary as the phone itself for commuting.
Reactions: Banyan Bruce and augustrushrox

Boyd01 said:
Anxious to hear more about this. My new VW has CarPlay. Used it on the way home from the dealer and have not tried it again since then. Third party apps would definitely be a reason to revisit CarPlay.
Click to expand...

Get ready for "CarPlay updates available to new cars only"
Reactions: arkitect and Banyan Bruce
T

This is good that they're allowing competition but I really wish they'd improve Apple maps. Foundationally I really think Apple Maps has a lot going for it. Flyover is much more useful than street view. And there navigation interface is quite good. Just need better data and a few other tweaks.
Reactions: one more
J

Felix01 said:
Doesn't this require CarPlay 2? Which I assume means the car manufacturers will have to push out an upgrade. Wonder how long that will take?
Click to expand...

I couldn't find any immediate references to CarPlay 2, so I hope that is not correct. If new hardware on the auto side is required to use these 3rd-party navigation apps (and I can't why that would be the case), I'll be extremely upset. On the other hand, would look for an excuse to upgrade my phone...
H

JulesK said:
I couldn't find any immediate references to CarPlay 2.....
Click to expand...

You didn't look very hard. Google came up with this as the first entry: