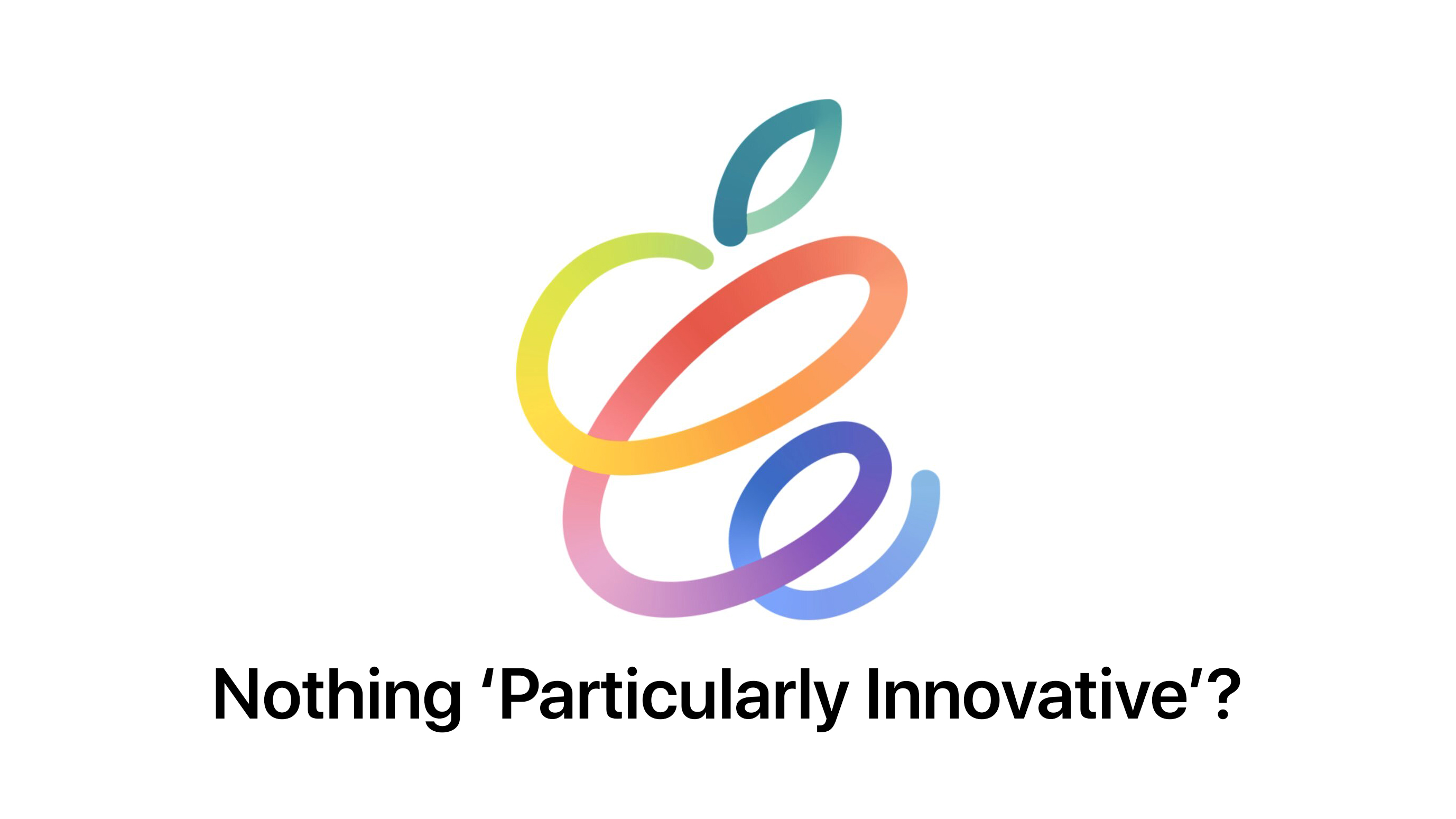 Gurman made the remarks during an interview for Bloomberg Technology, in which he reaffirmed that Apple will launch a new 11-inch and 12.9-inch iPad Pro, with the higher-end model featuring a brand new mini-LED display. Gurman says these new iPads are only an "iterative update" to the iPad line, an increasingly vital product family for the tech giant thanks to the global health crisis.

The event will be Apple's first product launch of 2021, and speculation about what could be announced is nothing short of rampant. One of the biggest new upcoming products expected from Apple is redesigned iMacs, which Bloomberg has previously reported will receive a design that is in line with the Pro Display XDR and a more powerful Apple silicon chip.

No timeframe has been set for when these new iMacs could debut and Gurman says, "if the iMac does indeed get launched next week, that's going to be a big deal." Apple is also reportedly preparing to launch AirTags, a circular Tile-like tracking device that can be attached and used to locate items such as keys, bags, and more.

The event will take place on Tuesday, April 20, and will be live-streamed via Apple's website, the Apple TV app, and Apple's YouTube channel. It'll kick off at 10:00 a.m Pacific Time, and for those unable to watch, MacRumors will be providing full event coverage both on MacRumors.com and through the MacRumorsLive Twitter account.

Finally. We have all been waiting for his expectations of this event
Reactions: stevet, svenning, Peter K. and 22 others

I’ve come to expect nothing "particularly innovative" or "extraordinary" from Gurman’s reports on Apple.
Reactions: filmbuff, TheSynchronizer, BugeyeSTI and 42 others
M

Not going to buy the iPad but excited to see MiniLED and the design decisions Apple makes for it.
Reactions: MrFootery, Jovijoker, valleian and 6 others

Well, we all know how this will turn out then...

What in particular is Gurman's criticism here?
Reactions: valleian and BlindBandit

There is no hope to see the redesigned 16" Macbook Pro at this event? Right?
Reactions: dmelgar, rgarjr and Lemon Olive

Crixus said:
There is no hope to see the redesigned 16" Macbook Pro at this event? Right?
Click to expand...

No MacBooks seem rumored for this event. Seems we're not getting that until late summer or fall.
Reactions: CarpalMac, valleian, BlindBandit and 3 others

Even if shipment dates are moved back to September it’s inconceivable that Apple won’t showcase new iMacs.
Reactions: Lemon Olive, Konigi, mazz0 and 4 others
S

Crixus said:
There is no hope to see the redesigned 16" Macbook Pro at this event? Right?
Click to expand...

The 16" will not be shown at this event for sure. Maybe, but maybe the smaller one....the 14" but also very unlikely
K

chucker23n1 said:
No MacBooks seem rumored for this event. Seems we're not getting that until late summer or fall.
Click to expand...

Thank you so much! My 2014 15 MBP dramatically needs to be replaced.
Reactions: rgarjr
T

Apple iterates a lot, that is just the way they roll.

Iterating was the way the Watch went from a somewhat meh launch to being what it is today.
Reactions: xmach, goobot, valleian and 6 others

Crixus said:
Thank you so much! My 2014 15 MBP dramatically needs to be replaced.
Click to expand...

I’m still excited for the event. I feel like Apple has at least 1 killer announcement otherwise what’s the point?
Reactions: MrFootery, Jovijoker, Lemon Olive and 3 others

Just like all previous events of this style. Their biggest "innovation" are the twitter hashflags and AR doodles.
Reactions: CarpalMac, Naraxus, jk1221 and 3 others

could be Airtags,Ipads,Apple Pencil and Imac but make of this what you will 🙂
Reactions: ggx12, BuddyTronic, Lemon Olive and 1 other person
B

could be Airtags,Ipads,Apple Pencil and Imac but make of this what you will 🙂
Click to expand...

Or more AI enhancement for the macbook webcams?
Reactions: domhoenig and Wedlock
Y


It's going to be a cheap event for me
Reactions: rgarjr, mazz0 and Alfredo_Delgado

As usual the hype is more exciting the events are always meh
Reactions: RedGT, ggx12, TraderScooter and 4 others
S

could be Airtags,Ipads,Apple Pencil and Imac but make of this what you will 🙂
Click to expand...

The latest iMac Update I still so fresh and expensive. I think it's a good play for apple to wait for the ARM version for a while longer. People that want it will still want it. People that bought in the last 5 Month will feel less **** on if a new design and more power arises at a way lower price. Plus, developers have more time to actually get the Apps running on ARM (think Adobe CC as a big player).
Reactions: technole, Lemon Olive, decypher44 and 1 other person

If that's it then what is the point. I'm not sure a new iPad Pro, wonderful as it may be is worth the effort involved in creating an event. My feeling is there has to be something more to this e.g. new Apple Silicon iMacs. Of course this could just be my prejudice.
Reactions: MrFootery, dmelgar, Mr Todhunter and 7 others
You must log in or register to reply here.
Share:
Facebook Twitter Reddit Email Share Link
Register on MacRumors! This sidebar will go away, and you'll see fewer ads.
Sign Up
Top Bottom