With the release of the 2016 MacBook Pro, there were a slew complaints over the compromising thinness and the removal of ports. For professionals who rely on the MacBook Pro, this latest iteration fell short of expectations. The outcry was so loud, in fact, that Apple slashed prices on its USB-C adapters, a move rarely seen from the company.

This is the DEC from Other World Computing. It's a new dock for the 2016 MacBook Pro that's designed to return some of the missing features Apple removed. It's unique in the way that it connects to the computer and the functionality it brings.


Subscribe to the MacRumors YouTube channel for more videos.​
The DEC attaches to the bottom of the MacBook Pro by replacing the screws that hold on the bottom plate. This method won't void your warranty, but it will allow for the dock to be securely attached at all times.

At first glance the DEC looks comically large, but in person the size and weight are more than manageable. OWC claims that when attached to a 2016 MacBook Pro, the DEC will be as thin as the 2012 MacBook Pro. Weight didn't seem to be an issue, but this is an unfinished prototype that doesn't have all the hardware in place.

When considering the functionality of the dock, the size and weight compromises may be worth it. The DEC connects to the MacBook Pro over Thunderbolt 3 and will bring USB Type-A ports, Gigabit Ethernet, an SD Card Slot, and up to 4TB of storage. Additional features are also being considered, such as an expanded battery pack.

The models shown here are still in prototype phase, but OWC assured us the final models will be available within months. The DEC will come in both Silver and Space Gray, and at release it will be available for the 15-inch MacBook Pro. Pricing is not yet available, but OWC expects it to be priced lower than the BTO 2TB storage upgrade available from Apple.

Hopefully they make one for the 13" as well.
Reactions: Gasu E. and splitpea

Whoa, it screws onto the bottom. I was hoping it was this instead of some dumb method of hooks and clasps.

This is such an interesting idea. With this ridiculous thing I might finally replace my MBP late 2011...although I really hate the new keyboard.

The only other obvious addition would be a battery and a massive SSD raid for video people. That alone might pay for the development costs.
Reactions: Gasu E., tmphoto, macribas and 7 others

And you don't have to screw it in to your computer...
Reactions: dzngeek, kazmac, Skoal and 6 others

A solution to the unnecessary Apple preoccupation with laptop thinness.
Reactions: Mr Baldman, Howyalikdemapls, shaunp and 29 others

Reminds me of the older version of mbp....
Reactions: magicschoolbus, satcomer, Naraxus and 1 other person
A

This thing would have never needed to be invented if the most useful features of the PRO laptop were not removed in the first place.

Now instead of ultra thiness, Ives asethic gets a third party make over making it even thicker than the previous gen.

this idea is awful. i'd rather carry dongles and external drives.
Reactions: Mr Baldman, gernot.kogler, JoeyEatWorld and 30 others
S

Apple effed up this machine... OWC to the rescue.
Reactions: shaunp, melendezest, Glassed Silver and 27 others

What about heat??
Reactions: packe, JamesPDX, eastmanweb and 1 other person
K

If it had a SuperDrive it would almost replicate the functionality of my 2011 MBP...
Reactions: George Dawes, fourthtunz, schmani and 9 others

I bet Sir Jonathan Paul Ive will be fuming when he hears about this. He'll be like "Who dares to make MY creation thicker?!"
Reactions: toke lahti, shaunp, Internet Enzyme and 1 other person

Neat idea, even though I would never consider something like that. Problems I see:

Please, OWC, implement some sort of MagSafe, and make it available to all MacBooks. Apple doesn't care about Mac users satisfaction anymore, and the removal of MagSafe is insulting to say the least. Please, OWC, help fix the Apple wrong decisions.
Reactions: Geordiekeith, Seifensieder, Azmodan79 and 7 others

Somewhere over the rainbow.

Reminds me of the old IBM ThinkPads that used to have docking stations so you could have a few more ports and a disc drive. 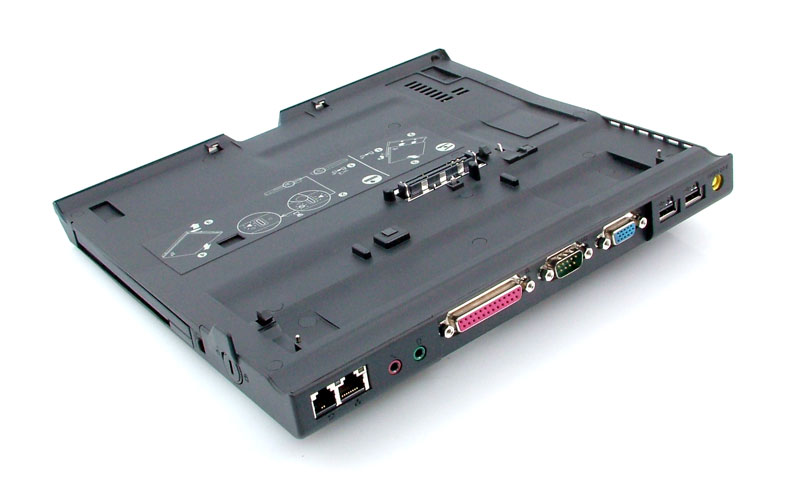 Actually pretty neat. If only Apple could make a built in version themselves
Reactions: Howyalikdemapls, Seifensieder, sunwukong and 16 others
A

When people are resorting to screwing docks into the bottom of their new MacBook Pros to regain access to ports that Apple removed, it should be a sign to Ive and company that perhaps their quest for thinness has gone too far.
Reactions: mrhick01, Michael Anthony, baconbuddie and 64 others

I don't see it. Too thick, the cable connection is really bad, and I truly think it has a limited lifespan. More and more things are going wireless or cloud... ports aren't going to be very important in the coming years.
Reactions: packe, showe87, Skoal and 2 others

At the very least, it needs to be modular, so that it can accommodate SSD instead of HDD as well as battery. And frankly, I think more than doubling the size is far less convenient than simply buying legacy USB to USB-C cables, Ethernet to USB-C cable, and SD to USB-C adapter. Or carrying a hub that attaches to the port.
Last edited: Jan 5, 2017
L

All that clunk for just 3 usb ports, Sd Reader, Ethernet port and an Storage ?

Couldn't they add at least extra battery, microSD, and HDMI with all that surface Area ?

What's with the straight out USB-C cable? You would've thought they would've created an angled or even flush cable. Better yet, they should've found a way to require you to remove the bottom aluminum panel and connect it internally.
Reactions: thasan
D

I cringe every time I see a new one of these "everything that's missing" monstrosity attachable accessories like this and that Hyperdrive thing. This is just pathetic already... Can't believe Apple let it get to this point.

Look at Lenovo's latest gen X1 Carbon announced at CES 2017, THAT'S how you do ports.
Reactions: rickyipcw, toke lahti, Val-kyrie and 1 other person

So... they haven't even finalized the feature set and they expect us to believe that it'll be available for sale within a couple of months? Don't hold your breaths.
Reactions: eastmanweb and OldSchoolMacGuy
You must log in or register to reply here.
Share:
Facebook Twitter Reddit Email Share Link
Register on MacRumors! This sidebar will go away, and you'll see fewer ads.
Sign Up
Top Bottom