The Huawei engineer attended the supplier meeting with four Huawei researchers in tow. The Huawei team spent the next hour and a half pressing the supplier for details about the Apple Watch, the executive said.

"They were trying their luck, but we wouldn't tell them anything," the executive said. After that, Huawei went silent.
Click to expand...

This event reportedly reflects "a pattern of dubious tactics" performed by Huawei to obtain technology from rivals, particularly Apple's China-based suppliers. According to a Huawei spokesperson the company has not been in the wrong: "In conducting research and development, Huawei employees must search and use publicly available information and respect third-party intellectual property per our business-conduct guidelines."

According to the U.S. Justice Department, Huawei is said to have a formal program that rewards employees for stealing information, including bonuses that increase based on the confidential value of the information gathered. While the theft of trade secrets is nothing new among technology companies, the new allegations against Huawei represent "a more brazen and elaborate system of seeking out secret information," The Information reports.

Huawei's information gathering program led to incidents like the Huawei engineer probing a supplier for Apple Watch details, as well as Huawei copying a component of the MacBook Pro. Specifically, the company built a connector for its MateBook Pro that was just like the one used in Apple's MacBook Pro from 2016, allowing the computer's hinge to be thinner while still attaching the display to the logic board.

Huawei reportedly approached numerous suppliers and provided them with schematics just like Apple's, but most recognized the part and refused to make it for Huawei. The company told The Information that it requires suppliers to uphold a high standard of ethics and that it doesn't seek or have access to its competitor's confidential information. Eventually, Huawei found a willing supplier and the connector was built into the MateBook Pro.

The Information's report includes numerous other examples of Huawei's attempts at stealing information from Apple. One former Apple employee interviewed for a job at Huawei immediately after leaving Apple, and in the interview, Huawei executives repeatedly asked questions about Apple's upcoming products. "It was clear they were more interested in trying to learn about Apple than they were in hiring me," the former employee said.

But, I read posts from Huawei fans here about how much they spend on research and how they have hundreds of thousands of patents. That their products are the best in the PC world.

Why would they "need" to steal from the USA firms?
Last edited: Feb 18, 2019
Reactions: nouveau_redneck, Cameroncafe10a, zapm and 25 others

They're such an absolutely disgusting company that should never be allowed to sell products in this country. Xiaomi and all the other Chinese OEMs are right behind them too. I understand wanting to save some money on a device, but I'll never understand buying one of those products to give up essentially all your privacy and supporting horrible practices.
Reactions: nouveau_redneck, Cameroncafe10a, xxray and 48 others

That's how Apple's backdoor is broken into. Go to the suppliers, bribe them, and get info. They got caught and let's see where this goes.
Reactions: nouveau_redneck, foxDie00, drumcat and 7 others

This happens a lot throughout the tech industry, actually.
Reactions: Apple_Robert, Breaking Good, Optheduim and 3 others

Strange that they don't just disassemble an Apple Watch to find out what they need. Plus, they can manufacture their own hinge so why go to someone else. Makes you wonder what's true and what's propaganda considering the Matebook X Pro is allowed in the US and is very popular. 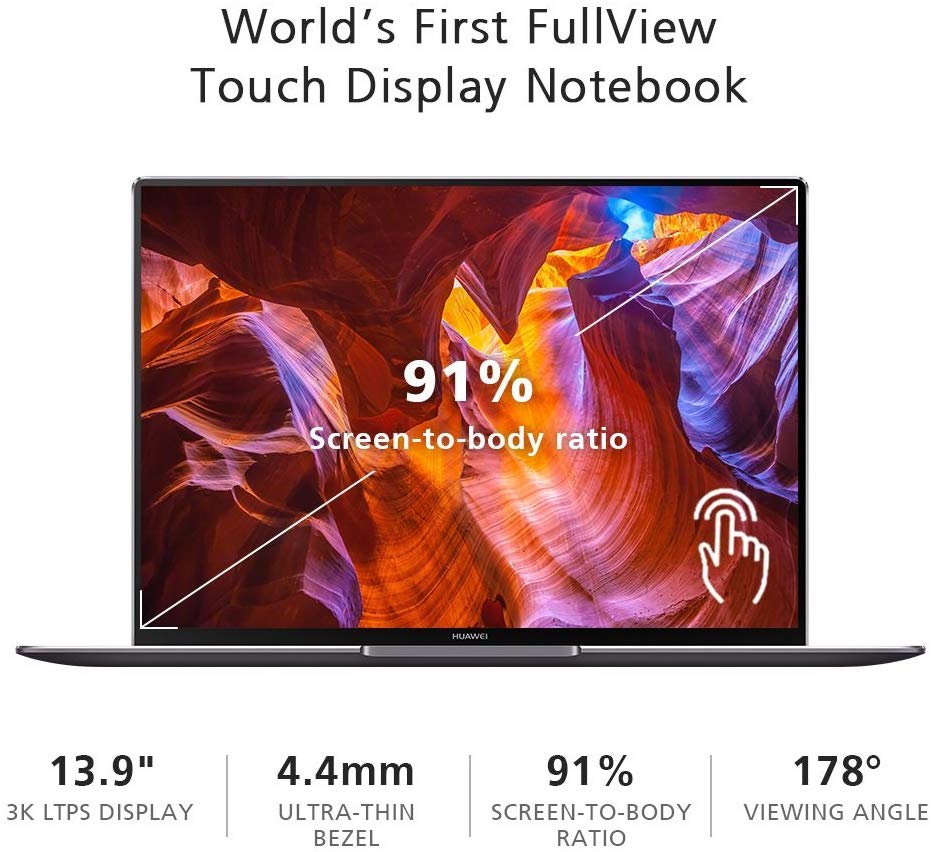 I thought this was public knowledge? I am sure they all do this, but that doesn't make it okay. Coupled with their insane privacy policy, it always surprises me when people on this site point to Huawei as a legit option in tech. I wouldn't trust them with my email address, let alone anything else I keep on my phone.
Last edited: Feb 18, 2019
Reactions: nouveau_redneck, Cameroncafe10a, TheDemogordon and 29 others
D

This has happened in business from the very beginning. Not just Chinese companies.
Reactions: dabotsonline, Kiorr, Breaking Good and 3 others
B

Everyone is doing it to everybody, but great excuse for some racist tub thumping.
Reactions: HJM.NL, ROGmaster, CommonSense001 and 7 others
1

Not defending Huawei but we believe in third party reports now? What about reports about Apple's own servers hacked? Even if China would find a cure for cancer, US government would say it would steal your blood cells when used.
Reactions: DeepIn2U, WatchFromAfar, ROGmaster and 6 others

China wouldn’t exist in the shape its in today without its corporate espionage.
Reactions: peterlobl, shanson27, Cameroncafe10a and 20 others

Yet when anyone ever says a cross (or even a skeptical) word about Huawei the zealots always scream that we're just being xenophobes.
Reactions: nouveau_redneck, Cameroncafe10a, TheDemogordon and 14 others

Their privacy rules are nonexistent so this isn’t a surprise.
Reactions: SCARY GAY DAD, Kram Sacul, MagMan1979 and 3 others
J

1 the china and taiwan model
ask a lot of questions. keep asking questions. continue to ask questions during drinks.
eventually they are told something about "the substrate is applied at -2Kelvin"

different? yes.
in the 1st model the employee gets a reward for bringing back the info.
in the 2nd model the employee is standing in the company kitchen and tells someone in a different department, and gets his coffee.
Reactions: dabotsonline, Breaking Good, HJM.NL and 1 other person

Remember when Steve went to jail for stealing from Xerox? I don't remember that either.
Reactions: ConfluxNZ, WatchFromAfar, dabotsonline and 4 others

“Because everybody does it” is not an excuse, and there is a real problem when businesses are based in two very different nations with different views on IP and different government oversight, hence the trade war. Some parts of the world don’t put much value in IP, and China has been slow to protect it.
Reactions: nouveau_redneck, Cameroncafe10a, TheDemogordon and 13 others

mi7chy said:
Strange that they don't just disassemble an Apple Watch to find out what they need..
Click to expand...

I was wondering the same! Is it reverse engineering really that hard on these products?
Reactions: HJM.NL
M

cmaier said:
This happens a lot throughout the tech industry, actually.
Click to expand...

dazed said:
This has happened in business from the very beginning. Not just Chinese companies.
Click to expand...

Just because it happens is no excuse to let Huawei off the hook, or anyone else accused of doing such things.
Reactions: SCARY GAY DAD, decypher44, djlythium and 4 others

cmaier said:
This happens a lot throughout the tech industry, actually.
Click to expand...

That's what I say. Big whip!

macfacts said:
Remember when Steve went to jail for stealing from Xerox? I don't remember that either.
Click to expand...

Everyone else might be doing it, but they're one of the biggest. Doesn't make it right.
Reactions: peterlobl, dantshihi, decypher44 and 2 others

DNichter said:
I thought this was public knowledge? I am sure they all do this. Coupled with their insane privacy policy, it always surprises me when people on this site point to Huawei as a legit option in tech. I wouldn't trust them with my email address, let alone anything else I keep on my phone.
Click to expand...

People go Huawei because it offers so much more value for money and went from a follower to a leader. This film just clarifies it very well.

I think that Huawei doesn't do anything without the Chinese government approval.

Maybe Apple can trick Huawei into stealing the butterfly keyboard from the MacBook Pro. That should set them back a few years .
Reactions: Cameroncafe10a, PimpDaddy, mpuk and 16 others

More evidence to never buy a trash product from that trash company.
Reactions: Cameroncafe10a, Justanotherfanboy, dantshihi and 9 others
B

And this is the company that makes "great phones" and is "no different" than Apple with iOS.

I wouldn't put a device made my Huawei in my home or even trust them with my phone number.
Reactions: kahkityoong, iMEric984 and yakapo

macfacts said:
Remember when Steve went to jail for stealing from Xerox? I don't remember that either.
Click to expand...

Erm, actually Xerox invited Apple to use the technology. Not saying Apple has never taken anything but at least use a legit example.
Reactions: Cameroncafe10a, FriednTested, Justanotherfanboy and 14 others
You must log in or register to reply here.
Share:
Facebook Twitter Reddit Email Share Link
Register on MacRumors! This sidebar will go away, and you'll see fewer ads.
Sign Up
Top Bottom