Incoming Intel CEO Pat Gelsinger has said that the company must "deliver better products" than Apple, which he described as a "lifestyle company," and says that Intel's best days are "in front of it" (via The Oregonian). 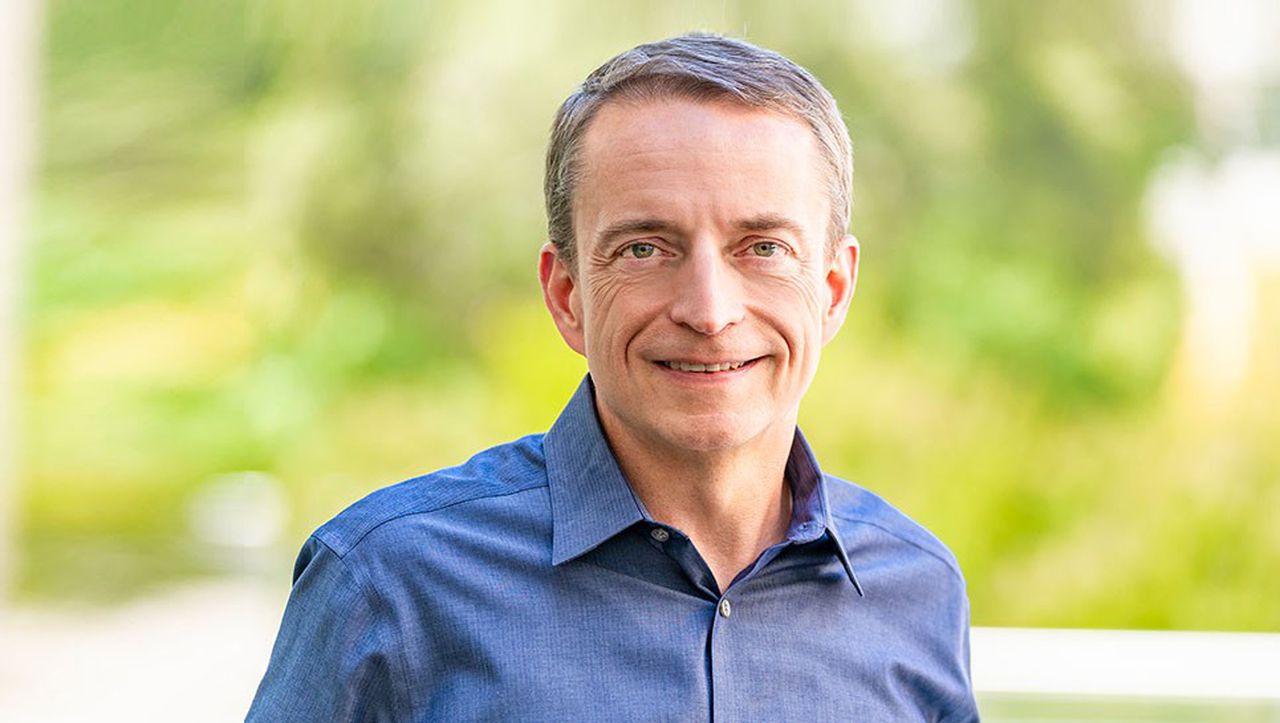 Speaking at an Intel all-hands meeting yesterday, Gelsinger derisively implied that Apple is merely a "lifestyle company," so Intel must be able to surpass its technology:

"We have to deliver better products to the PC ecosystem than any possible thing that a lifestyle company in Cupertino. We have to be that good, in the future."
Click to expand...

The jibe at Apple comes after the launch of Apple Silicon last year, which has begun to displace Intel chips inside Mac computers. The M1 chip, Apple's first custom silicon processor for the Mac, has far surpassed the capabilities of equivalent Intel offerings, with markedly better performance and power consumption.

Gelsinger will replace Bob Swan as Intel CEO, having already spent 30 years at the company before leaving in 2009. He was the company's first Chief Technology Officer before becoming CEO of VMware. Speaking to employees, Gelsinger insisted that Intel has its best days "in front of it."

He joins the company at a time of crisis as it contends with multiple threats. With major client Apple dropping Intel for its own custom silicon, and Microsoft expected to follow suit in the near future, Intel has struggled to deliver technological innovations. This is after the company has repeatedly reported delays with its latest processors, while its main competitor, AMD, has proceeded to capture valuable market share.

In December, a major hedge fund with a one-billion-dollar stake in Intel, Third Point, issued a letter urging Intel to take "immediate action" and shake up its business model to combat the mounting threats to the company. Gelsinger's arrival will go some way to appeasing shareholders, but the company has some way to go to regain its footing.

Gelsinger starts as CEO next month, having been lured away from his current job with a package reportedly worth $116 million.

Blackberry and Microsoft also derided Apple’s entry into the phone market. Look where they are now.
Reactions: makitango, iOS Geek, August West and 106 others

So out of touch they don't even know when someone is eating them for lunch.
Reactions: makitango, d5vid, iOS Geek and 66 others

It’s funny that intel is so bad at their own market that they get best by a “lifestyle” company.
Did Sharper Image release better CPUs, too?
Reactions: makitango, August West, lanceh5 and 52 others

well lets see whether he can actually bring his engineers to create something good rather than hoping to will something good into existence....
Reactions: mhnd, Jetcat3, Santiago and 8 others
T

It definitely feels like the end of an era.
Reactions: August West, ajfahey, felixuta and 17 others

We'll see. But it sounds like some dinosaur is severely out-of-touch with reality.
Reactions: August West, Ian Howlett, Shirasaki and 30 others
R

He’s not wrong. Compared to Intel, Apple IS a Lifestyle Company: they use tech to improve our quality of life.

And they’re getting smoked at it.

By a “Lifestyle Company”.
Reactions: iHammah, NativeX, iOS Geek and 96 others

Yesterday, I begrudgingly sat through a 1 hour "preview" of Dell's upcoming enterprise product line for 2021 at work (we have about 3000 Macs in use and 7000 Dells). The Dell executive was confusing his Latitudes in the presentation, because surprise surprise, it's basically all the same stuff on a 14nm chip. Their biggest "brag" was that they designed a de-inclined hinge, similar to what Apple had in 2004-era iBooks... so you get an extra 1/2 inch on space when the lid's up behind an airline seat (which is so irrelevant this year it's frankly hilarious).

When I asked "why the dogmatic need to stick with Intel?" he had no answers. Then he made a claim of 22 hours of run time on their latest Latitude, and I told him "yeah, and with typical corporate mandated security stacks, people are lucky to see 4 hours in the real world - so that's underwhelming."
Reactions: geenosr, Hammerd, amartinez1660 and 29 others
M

If he’s so out of touch that he can’t see that Apple is a 800 pound gorilla of engineering...well I don’t see intel turning around any time soon.
Reactions: Ian Howlett, amartinez1660, mhnd and 15 others

Hopefully this'll piss off Apple and get them to speed up the Apple Silicon transition. 😂
Reactions: amartinez1660, mhnd, felixuta and 15 others

Sorry Intel but the train already left the station. Almost six years since Skylake was presented.
Even a lifestyle company along with AMD shows how it´s done.
Reactions: Ian Howlett, amartinez1660, felixuta and 7 others

Ouch. I think their engineers might say that competing with Apple's multi-billion dollar R&D budget is pretty damn hard. But the fundamental point that they must do better than Apple is true. Apple computers already dominate the market (compared to any one manufacturer, not compared to all the PC manufacturers combined) and Apple is poised to radically increase that domination with the advantages of the M1 chip and the generations to quickly follow. This is the kind of leap in performance that will soon get around by word of mouth once enough M1 Macs are out there. The power consumption decrease seems like it will be huge in the server market. If Apple captures that market, oh boy.
Reactions: Ian Howlett, mhnd, luis17 and 7 others

They delivered mediocrity for so long and not even on time. Now they are casting aspersions at a company that is eating the lunch of almost every other chip house...
Reactions: Ian Howlett, philosoraptor1, buddhistMonkey and 7 others
B

Flatfooted, slow, and lazy: after decades of cashing in on x86, Intel finally wakes up. Losing the modem/5g business to Qualcomm and Apple's incredible M1 is just the swift kick in the pants Intel needs to innovate again. The alternative is a rather dismal decline.
Reactions: Ian Howlett, bmot, buddhistMonkey and 7 others

I would go down with a sinking ship for 116 million. No doubt his strategy will be to lure others away from more innovative companies using cash. They need to start fresh, all while maintaining the ability to process x86 code.
Reactions: Lazy, bklement, Substance90 and 2 others
R

If he thinks they are just a lifestyle company then they’ve already lost before he’s even started as CEO.
Reactions: August West, Ian Howlett, geenosr and 22 others

If he really thinks Apple is a "lifestyle company" that they need to beat, he will never succeed. This man might be a brilliant technician, but underestimating Apple is a stupid thing to do. Ask BlackBerry, Microsoft and Nokia. They're years ahead of the x86-competition, M1 is just the start.
Reactions: philosoraptor1, buddhistMonkey, luis17 and 14 others
B

Maybe Intel should take the advice Michael Dell once gave to Apple and liquidate the company so that its shareholders can use the proceeds to invest in companies that actually have a future.
Reactions: macbookfan, philosoraptor1, George Dawes and 7 others

I’m not sure why some here are acting like this is a dig at Apple. This is literally the new CEO of intel telling the company to get its **** together, this is embarrassing and we’re capable of so much more.

Acknowledging a problem is the first step towards doing something about it. Intel hasn’t been honest about it’s problems in delivering their roadmap for almost an entire decade....
Reactions: vanc, Shirasaki, Nunyabinez and 49 others

I feel like it's too late as this is something they would have been working on for the last 10 years. To call Apple a
lifestyle" company is pretty bold too considering how much better they are performing than you.
Reactions: luis17, TimB21, Santiago and 6 others

MacRumors said:
We have to deliver better products to the PC ecosystem than any possible thing that a lifestyle company in Cupertino.
Click to expand...

Maybe they will, by switching to making ARM chips
Reactions: Santiago and Lazy
S

We've been living with the WinTel monopoly for far too long. It's nice to see some real competition come along.
Reactions: Ian Howlett, Zdigital2015, luis17 and 9 others
You must log in or register to reply here.
Share:
Facebook Twitter Reddit Email Share Link
Register on MacRumors! This sidebar will go away, and you'll see fewer ads.
Sign Up
Top Bottom