cnet.com said:
Intel on Thursday is expected to roll out Light Peak, a high-speed connection technology that Apple is also likely to adopt.

Intel released a statement to the media today stating that on Thursday in San Francisco it will "host a...press briefing to discuss a new technology that is about to appear on the market."

There will also be a media event held the same day at the Intel campus in Santa Clara, Calif., where the chipmaker will conduct technology and product demonstrations.

Maybe not coincidentally, Apple is expected to roll out new MacBook Pros--and possibly other products--on Thursday.

Intel has been working on Light Peak for years and recently said the initial version would be based on copper, as time-to-market realities necessitate more conventional technology. Light Peak is significantly faster than even USB 3.0, carrying data at 10 gigabits per second in both directions simultaneously. Connection speeds will not be affected by the transition to copper, according to Intel.

As CNET reported earlier, the technology is expected to find its way into Apple products. When Intel initially demonstrated Light Peak at its developer conference in 2009 it used a machine running Apple's Mac OS X.
Click to expand...

Will it be buggy?
P

so much macbook pro news is coming like every hour. 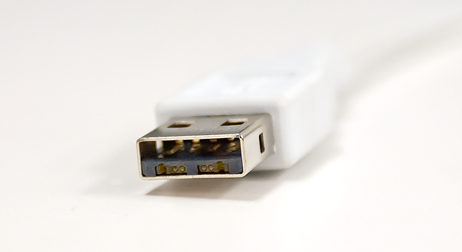 Intel released a statement to the media today stating that on Thursday in San Francisco it will "host a...press briefing to discuss a new technology that is about to appear on the market."
Click to expand...

The date happens to coincide with Apple's expected release of new MacBook Pros.

We don't expect this to be a coincidence and perhaps explains why Apple choose to launch the new MacBook Pros on a Thursday rather than Tuesday.

Could the new MBP's have Light Peak
I

Nice! So LightWire will be on the new Macbook pros! I love it!
A

Everything's coming together now...
A

does this confirm it?

are there anymore doubts?

As long as USB is still around then good. Let's see what it can do.

So much for only a spec bump with no media event My guess is that they might have a new MBP on hand to show off the technology.
Last edited by a moderator: Feb 22, 2011

Lightpeak addition to MBP is the only justification for a refresh in the product line since usb 3 is catching on. Make us proud Intel/Apple!!!
H

Great news. But, doesn't your device also have to support light peak as well like your iphone, iPad or HDD?

Not trying to ruin the excitement, but no device uses light peak at this point. Probably because it's not out yet...

But, I am all for faster data transfer.

If this MBP gets major redesign including metal, thinner body, SSD and light peak. I am going to highly consider buying one.

I really hope this Light Peak thing catches on.

If it does, this could kinda be a big deal.

This explains how they managed to sort out the nvidia chipset issue with intel processor, looks like their working hands in hands now.

But i hardly see Intel presenting the new MBP to the public first, just to show their new technology..
M

Guess that clinches the deal.

Light Peak seems extremely promising for so many things, Ill be buying one of the NEW MBP not sure if 13" 15" or 17" depends on what is available at each spec, but Light Peak would be nice to experiment with until I build a PC(Windows) with it.

Currently undergoing pre-launch phase with the MBP 'hype' - too many expectations .

Post-launch - no LP and hate/negativity on the boards.

QuarterSwede said:
As long as USB is still around then good. Let's see what it can do.
Click to expand...

hcho3 said:
Great news. But, doesn't your device also have to support light peak as well like your iphone, iPad or HDD?

Not trying to ruin the excitement, but no device uses light peak at this point. Probably because it's not out yet...
Click to expand...

Cool,
Now I just hope soon to see a card to add lightpeak on my MacPro.

The new MacBook Pros are looking amazing if they have a second SSD drive, lighter and lightpeak.

Well this doesn't mean it is making it to the MBPs. My guess is it won't.
R

I'm quite stunned, and still slightly skeptical, but it sure seems like it's going to happen.