Since launching in September alongside the iPhone 6s and 6s Plus, iOS 9 has seen its adoption rate grow to 66 percent of active iOS devices, according to numbers on the Apple Developer Support page. Two weeks ago, iOS 9 adoption sat at 61 percent. 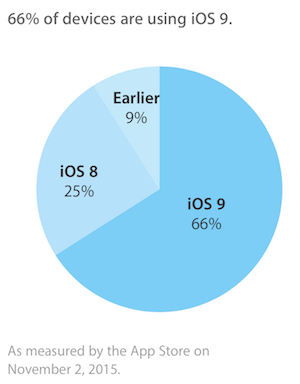 Apple released the first major update to iOS 9 two weeks ago with iOS 9.1, which featured a slew of brand-new emojis. Since that update, iOS 9 adoption has grown by 5 percent. Earlier today Apple seeded the second beta for iOS 9.2, the second major update to its newest mobile operating system.

Not because of emoji - because 9.0 was a train wreck.
Reactions: Sea Bass, JackANSI, allpar and 9 others

Which leads me to believe ~30% of the iOS ecosystem consists of 4 types of people :
A) Are waiting for a stable version
B) Don't care about upgrading
C) Don't know how to upgrade (moms and dads )
D) Tell themselves they will upgrade later but procrastinate

....assuming this % is based on iOS9-eligible devices.
Reactions: Sea Bass and allpar

Emojis? Really? 5% of people only care about EMJOIS?!
Reactions: Tamagotchi

Pretty impressive results from the lockout.

Yes, you know, the one where if you want to try the newer OS, shortly thereafter they stop allowing us to downgrade back to WHAT WE PAID FOR!

Why don't they be honest!

I can't seem to find the definition via El Capitans built in dictionary....
Reactions: Jynto, Tamagotchi and alvindarkness

Hey, maybe that physical Emoji keyboard wasn't such a terrible idea after all.

People were just finally waiting for that killer feature to update.
Reactions: Benjamin Frost and Tamagotchi

Yep, I'm guessing everyone just wanted to give "the finger" to their friends and loved ones.
Reactions: cjgrif, Thunderhawks, Benjamin Frost and 4 others

I'll occasionally get a personal text that has emoji things in it. I find it ok coming from younger family members but anything more than a smiley face from an adult seems juvenile.

If I get texts with more than a few emoji characters I usually don't even try to figure out what its trying to communicate. oh the irony
Reactions: Sea Bass, BulkSlash and PowerBook-G5
B

Oblivious.Robot said:
Yep, I'm guessing everyone just wanted to give "the finger" to their friends and loved ones.
Click to expand...

Yup. That specific emoji was flying all over once everyone upgraded.
Reactions: Oblivious.Robot
S

Correlation does not equal causation. This article implies that the increased adoption was caused by the availability of emojis.
Reactions: lombax54, AirLinc, JackANSI and 16 others
O

Still on 8 here. after experience massive slowdown with a previous iPhone with updates, will not be upgrading. Apple only optimizes updates for the latest phone 6s/6s + (which have 2gb ram), the rest on 1gb or less. Every update will only slow from here on out on the 1gb and less phones.

Yes, you know, the one where if you want to try the newer OS, shortly thereafter they stop allowing us to downgrade back to WHAT WE PAID FOR!
Click to expand...

You're not buying the OS, you're licensing it. So what you paid for was the hardware.

maxsix said:
Why don't they be honest!

I can't seem to find the definition via El Capitans built in dictionary....
Click to expand... 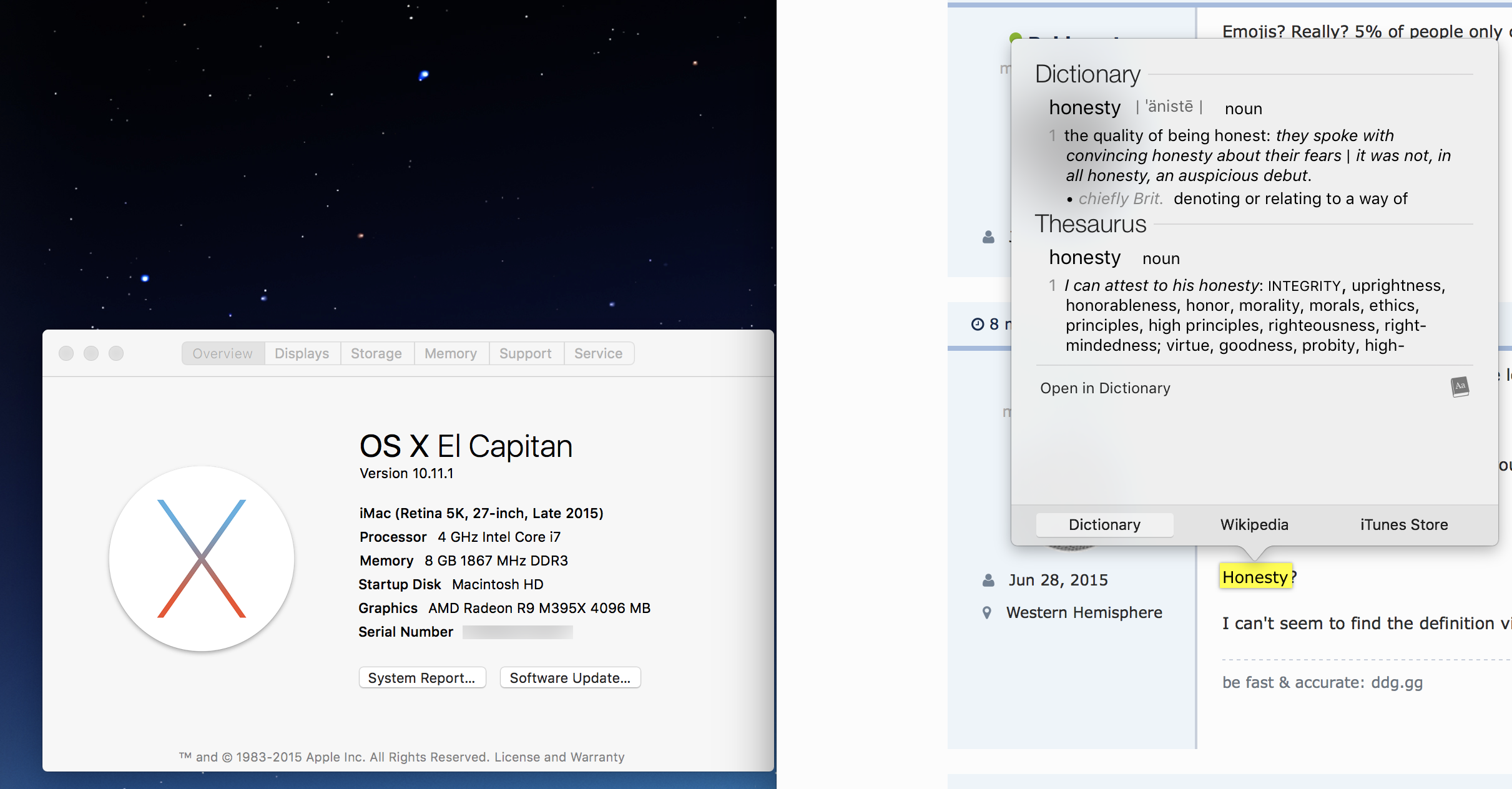 Your licensed version of El Cap must not be working correctly
Last edited: Nov 4, 2015
Reactions: galrito, BvizioN, Cisco_Kid and 2 others

Out of curiosity, which iPad?
Reactions: Morgenland
O

The Doctor11 said:
Out of curiosity, which iPad?
Click to expand...

iPad 2, the tablet they sold for years for only "$400" because people loved buying it still.
Reactions: allpar, sshambles, notrack and 3 others

The Doctor11 said:
You're not buying the OS, you're licensing it. So you what you paid for was the hardware.

I know I know... we are only buying the hardware. I've heard that one a thousand times

You do seem quite proficient at looking things up. Perhaps I need a training class...

OK, OK, I'll cool my jets over what is nothing more than Apples usual marketing tactics.

Marketing that I've personally acknowledged on the forum as world class.
Reactions: Benjamin Frost, Sracinas and The Doctor11

I held off because some apps I use daily were not 9.0 ready. Only reason I updated was to get ready for Apple TV which the setup failed and I had to do things manually. I'm sure a large portion of Apple TV users did the same.
Reactions: Benjamin Frost
T

Baldemoto said:
Emojis? Really? 5% of people only care about EMJOIS?!
Click to expand...

To be fair, the rolling-eyes emoji is right up there close to my most-used, especially when texting my girlfriend...
Reactions: JackANSI, Benjamin Frost and JosephAW

They must have heard about the Easter Egg feature...

By updating your software to iOS 9, your iPhone and your iPad become waterproof!

Well, there you go.
I guess I am completely out of touch with the priorities of the modern Apple user after all.

Or maybe the big jump is due to a growing # of users having learned from experience that its safer to wait for a .1 update before upgrading to a new OS.
Last edited: Nov 3, 2015
Reactions: allpar and kdarling
B

The 9.1 update was the only reason I updated. Emojis had nothing to do with it, which I couldn't care less about. And to draw a correlation between the percentage who since updated to 9.1 and that it also included an updated library of emojis is clutching at straws.
Reactions: autrefois, 69Mustang, allpar and 1 other person

The emojis? C'mon you can write better headlines than that.
Reactions: autrefois, Thunderhawks, Mr. Retrofire and 5 others
K

It's viral. I got several people to update by sending them middle finger emojis and telling them they would see it only after they update.

Do you think the average person would care otherwise?
Reactions: ErikGrim