Apple is currently testing new Face ID hardware that could allow users to unlock their iPhone while wearing a mask or foggy glasses, according to leaker Jon Prosser. 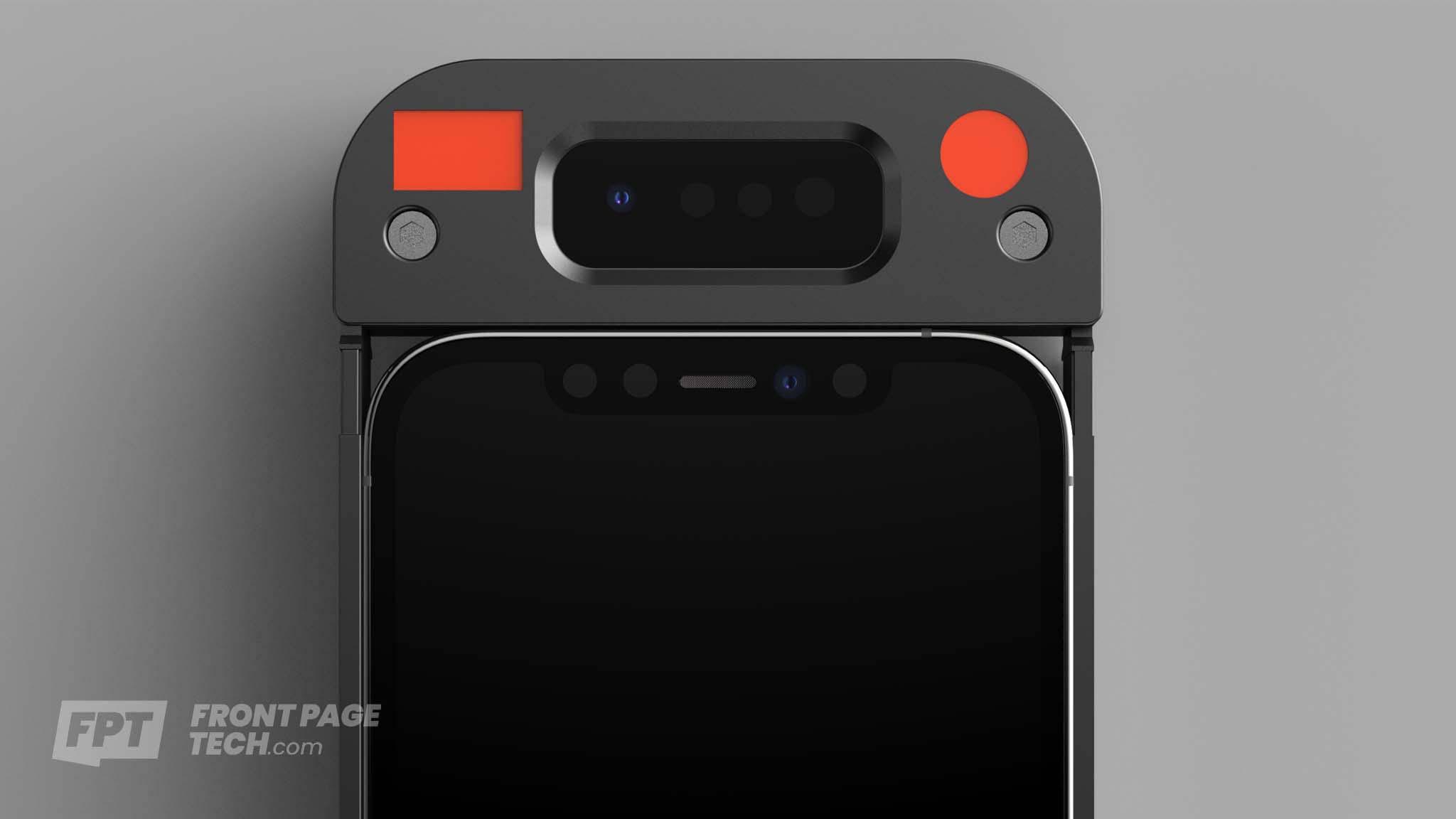 Via his website FrontPageTech.com, Prosser explained that Apple is testing more advanced Face ID hardware using a case that fits snugly around an iPhone 12. The case allows the iPhone to bypass its built-in Face ID system to use that of the case instead.

The external Face ID hardware was apparently needed due to large-scale tests that were being performed to collect as much data as possible. This is said to have allowed Apple to give a large number of employees new hardware without distributing an unreleased iPhone.

Participating employees were asked to wear combinations of face masks and glasses in a range of conditions to test the new hardware. Employees were simply asked to perform the tests but were not told what specific changes had been made to the Face ID sensor array in the case.

The new hardware reportedly allows iPhones to unlock with Face ID while wearing a mask, without the aid of an Apple Watch, and with foggy glasses.

While Prosser highlighted the striking similarity of the case's Face ID hardware with the expected smaller notch on the upcoming iPhone 13, it is not clear if this improved Face ID will arrive with the iPhone 13 or a future iPhone model.

The tests were apparently conducted recently, so Prosser suggested that if the improved Face ID is not immediately available with the iPhone 13, it could be introduced with a later software update.

Prosser elected to not share the images of the alleged prototype unit due to identifying marks found on it and shared a number of renders based on the images instead.

Lol. No
Reactions: Victor Mortimer, can$rules, karranz and 5 others
R

The fact that this can't be done in software coupled with the R&D investment in hardware suggests that there is no intention to relegate mask-wearing to the dumpster of history.
Reactions: !!!, achan, DeepIn2U and 9 others
G

This could be a game changer, especially in the grim hypothesis of a prolonged covid-era.
Reactions: karranz, amartinez1660, imageWIS and 7 others

RogueWarrior65 said:
The fact that this can't be done in software coupled with the R&D investment in hardware suggests that there is no intention to relegate mask-wearing to the dumpster of history.
Click to expand...

I literally have no idea what you are trying to say here.
Reactions: SR71, businessnumbersmoneypeopl, maxolson and 55 others
A

So basically an iris scanner that opens the phone.
Reactions: Lukkee24, Jovijoker and DEXTERITY
B

So FaceID without the need for a face? 🤣
Reactions: Victor Mortimer, karranz, vgrindheim and 9 others

So… we’ll need that giant case on top of the phone to unlock it? Or that was just for internal testing? I sincerely hope the latter
Reactions: Predef, Lukkee24, EM2013 and 8 others
M

AdonisSMU said:
So basically an iris scanner that opens the phone.
Click to expand...

Mmm. Dunno. That would be hard work with foggy glasses.
Reactions: amartinez1660, Lukkee24, scarysmurf and 1 other person

I hope they improve Face ID with masks. I’m not one of those people that’s going to be wearing masks for the rest of my life, but if I get sick or have a cold, I don’t wanna spread that to other people just because colds suck lol
Reactions: Predef, businessnumbersmoneypeopl, anson42 and 5 others

Welcome to MaskID.
Reactions: Galas, Predef, supergt and 6 others

Hardware being tested for an iPhone which will be launched in September?
Reactions: Lukkee24, Jovijoker, ipedro and 1 other person
D

Stop that Money wasting **** and give the customer TouchID back! They want it and they need it 😄
Reactions: Galas, brilliantthings, Victor Mortimer and 35 others

LeadingHeat said:
So… we’ll need that giant case on top of the phone to unlock it? Or that was just for internal testing? I sincerely hope the latter
Click to expand...

It's for testing. This allowed for many Apple employees to help test new hardware without having to hand out prototype iPhone 13 models to everyone. Hence the article saying "large scale tests." It seems multiple people in the comments here didn't even read the post.
Reactions: LeadingHeat, Mr. Rod, appletree4 and 22 others
J

iPhone 13 is in FULL production, if they are TESTING this right now, next year it might come… Prosser, what are you talking about?
Reactions: applesque, amartinez1660, Lukkee24 and 6 others
X

But the pandemic (and thus the need for masks) will magically end in 2022 once everybody gets vaccinated, right? 🙄 Just kidding. Masks and COVID itself will be here to stay (in all its mutated forms) thanks to the misinformed and downright selfish anti-vaxers who plague this country.
Reactions: Galas, nicroma, class77 and 26 others
F

DieAllianz said:
Stop that Money wasting **** and give the customer TouchID back! They want it and they need it 😄
Click to expand...

No what? You realize the case is for TESTING and the iPhone 13 could potentially just have this built in? No one is suggesting the case is something they will sell...
Reactions: CarlJ, Braderunner, nicroma and 1 other person

I'm lost. So users would have to pay extra to buy an accessory to bypass FaceID's inability to work properly?
Reactions: Predef, HatMine, Lukkee24 and 8 others
G

RogueWarrior65 said:
The fact that this can't be done in software coupled with the R&D investment in hardware suggests that there is no intention to relegate mask-wearing to the dumpster of history.
Click to expand...

Not sure who’s supposed to “relegate” and have “intentions” here.

The only thing that needs to be relegated to the dumpster of history is the virus itself and people that stubbornly helped the virus spread along the way.

Mask-wearing and other mitigations are not something you can negotiate with the virus (it doesn’t care about people’s feelings apparently) or just end because “it’s been too long”.

Good that Apple looked into a way to adapt to a masked world. Would have been dumb not to. Let’s hope it won’t be needed for much.
Reactions: Table Top Joe, Gameboy70, Tigger92 and 5 others
E

jz0309 said:
iPhone 13 is in FULL production, if they are TESTING this right now, next year it might come… Prosser, what are you talking about?
Click to expand...

I think that since the hardware is locked , that theyre just training the new face id algorithm, the testing case around the ip12 has the same array as the iphone 13 CADs so maybe the new hardware is already there

Sir_Macs_A_Lot said:
I'm lost. So users would have to pay extra to buy an accessory to bypass FaceID's inability to work properly?
Click to expand...

The add-on is just a way to mass-test this system on iPhone 12 devices without handing literal iPhone 13 devices to beta testers within the company.
It will be built-in in the 13.
Reactions: murdoc2k, CarlJ, bushman4 and 2 others
You must log in or register to reply here.
Share:
Facebook Twitter Reddit Email Share Link
Register on MacRumors! This sidebar will go away, and you'll see fewer ads.
Sign Up
Top Bottom