Apple's upcoming iPhone 13 models will be slightly thicker than the iPhone 12 models and will also feature larger, thicker camera bumps with lenses that protrude less, according to iPhone 13 schematics seen by MacRumors. 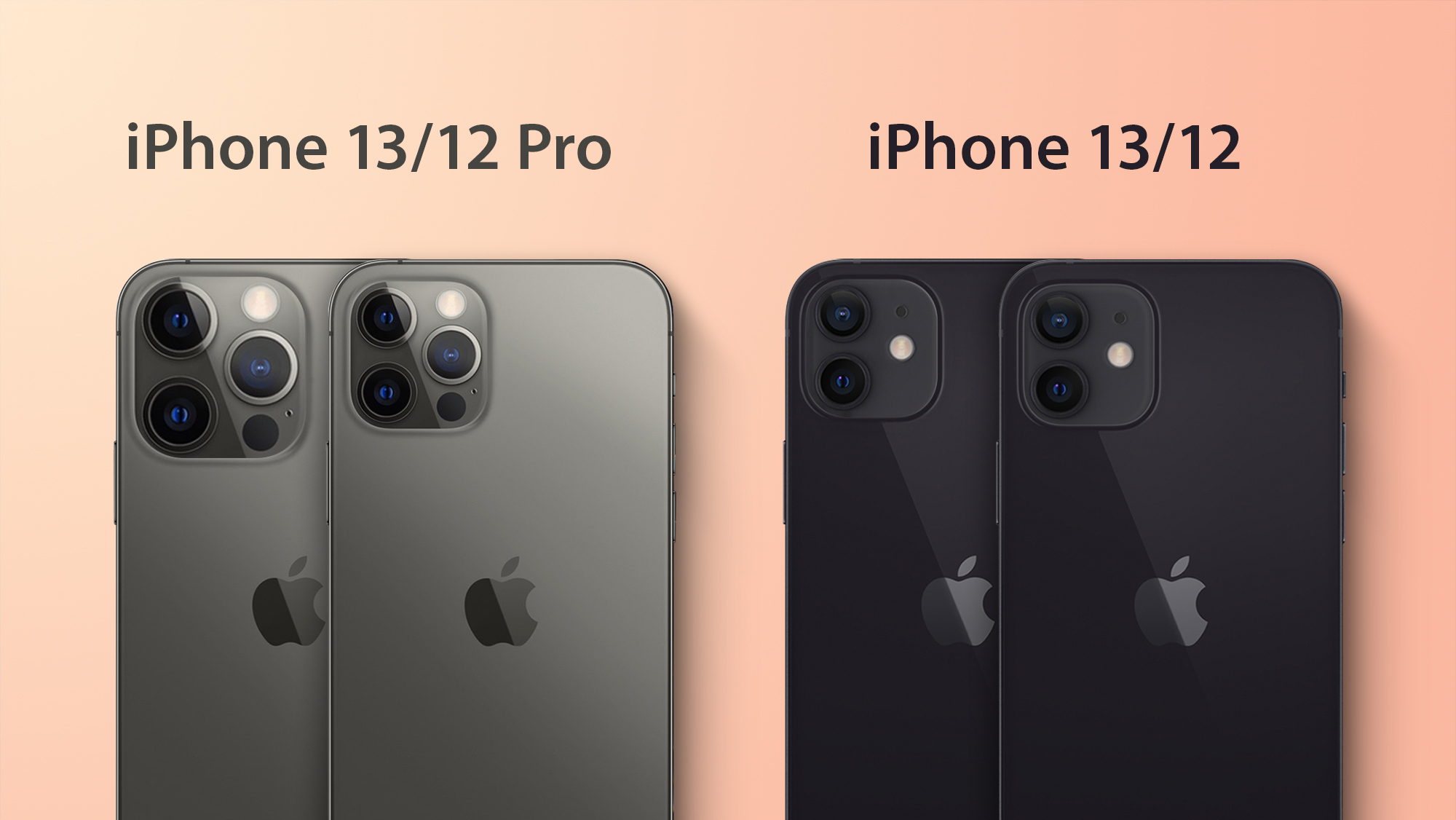 The new iPhone 13 and 13 Pro models are expected to feature a thickness of 7.57mm, up from 7.4mm in the iPhone 12 models. That's an increase of 0.17mm, which won't be hugely noticeable to most people. 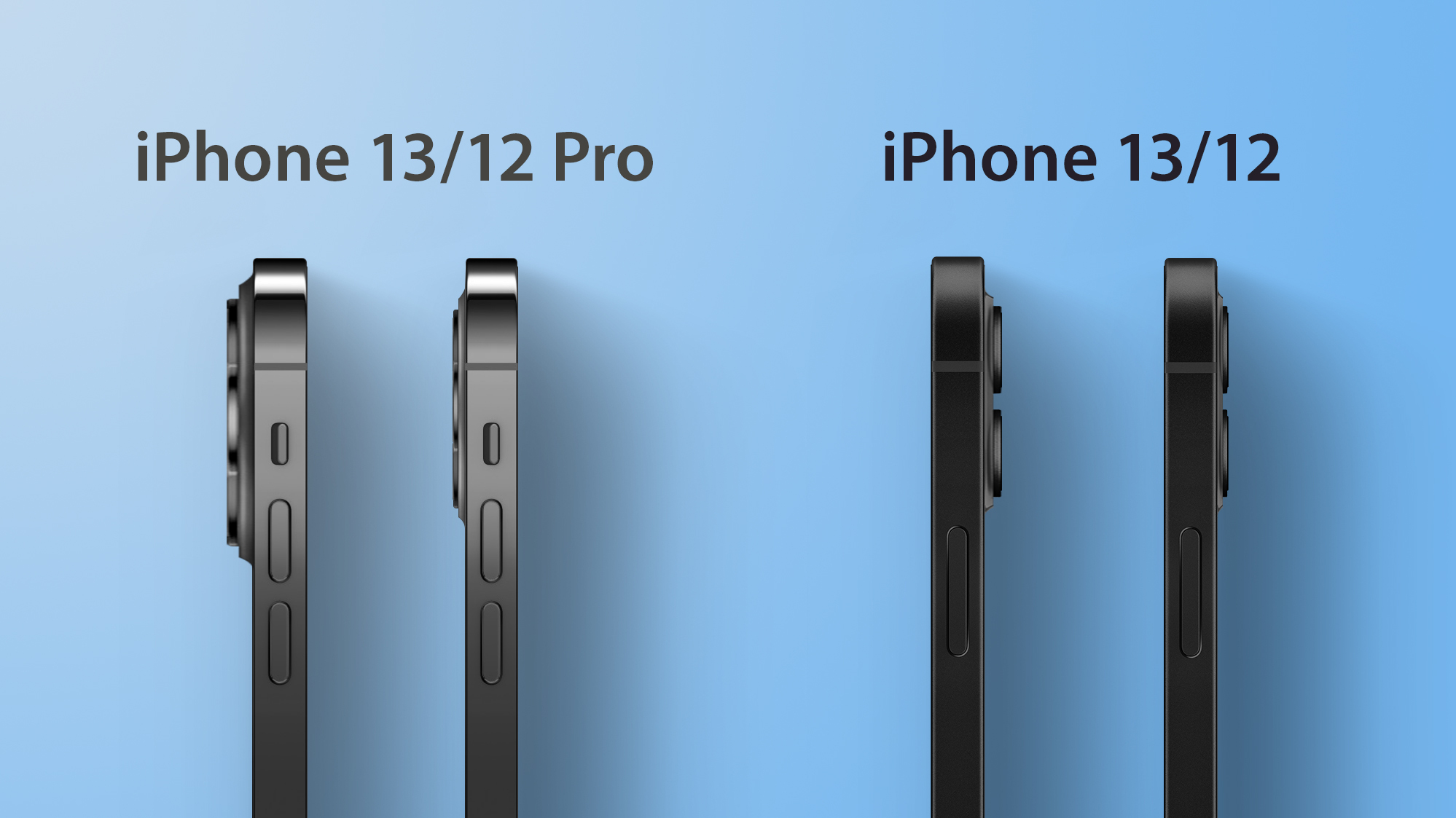 Both the iPhone 13 Pro and 13 Pro Max could get sensor-shift stabilization for both the Wide and Ultra Wide lenses, which would explain why the camera bump will be larger for those two models and why it may need to be thicker.

Rumors have also indicated that the upgraded telephoto lens that was introduced exclusively in the iPhone 12 Pro Max could come to the iPhone 13 Pro, which is another sign that both the iPhone 13 Pro and Pro Max cameras could share the same feature set. We have not heard of any new camera features being limited to the 13 Pro Max, which is good news for those who want a smaller phone that comes with all of the Pro features.

Our schematics come from a source that has experience with predicting Apple's design plans, but schematics like this are common ahead of the release of new iPhones because case makers use them to create cases for the upcoming devices to have something ready to go at launch. These kinds of schematics are most often accurate, though there are occasionally discrepancies.

The information here appears to be in line with rumors we've heard previously that suggest some decent camera improvements for the iPhone 13 and iPhone 13 Pro to bring it more in line with the camera offerings of the iPhone 13 Pro Max, which lends believability to the details we've received. These same design dimensions have been seen in a recent dummy model that was shared by Unbox Therapy.

The iPhone 13 models are also expected to feature upgraded A15 chips, faster 5G connectivity, and more, with full details on everything we know available in our iPhone 13 roundup.

Article Link: iPhone 13 Models Will Be Slightly Thicker and Will Have Larger Camera Bumps

That's what we have been pining for! Larger camera bumps.

I wish they would make a flush bar again. One can hope.
Reactions: DeepIn2U, GhostHost, michaelnugent and 25 others
Comment

no problem
Reactions: tridley68, hamburg040, J.J. Sefton and 2 others
Comment
A

Is it me or is Apple hardware getting thicker and heavier with every refresh? The current iPhone weights and as thick as at least 2 iPhone 6's.
Reactions: sundragon, Miha_v, Tagbert and 18 others
Comment

...the average consumer (me included) will probably not notice these things at all. My wallet is ready!
Reactions: Black.Infinity, miq, AmazeSE and 7 others
Comment

that's no problem. more thickness means better battery. also don't mind the camera bump, never did never will. the camera module always looked awesome to me since 11 pro.
Reactions: Tagbert, miq, MARTINKERN and 9 others
Comment
A

Thank god Ive’s gone, maybe we’ll even get proper ports on the next MacBook Pro.
Reactions: miq, Shirasaki, uther and 10 others
Comment

I like big (camera) bumps and I cannot lie
Reactions: paulhchristiansen, miq, MARTINKERN and 9 others
Comment
A 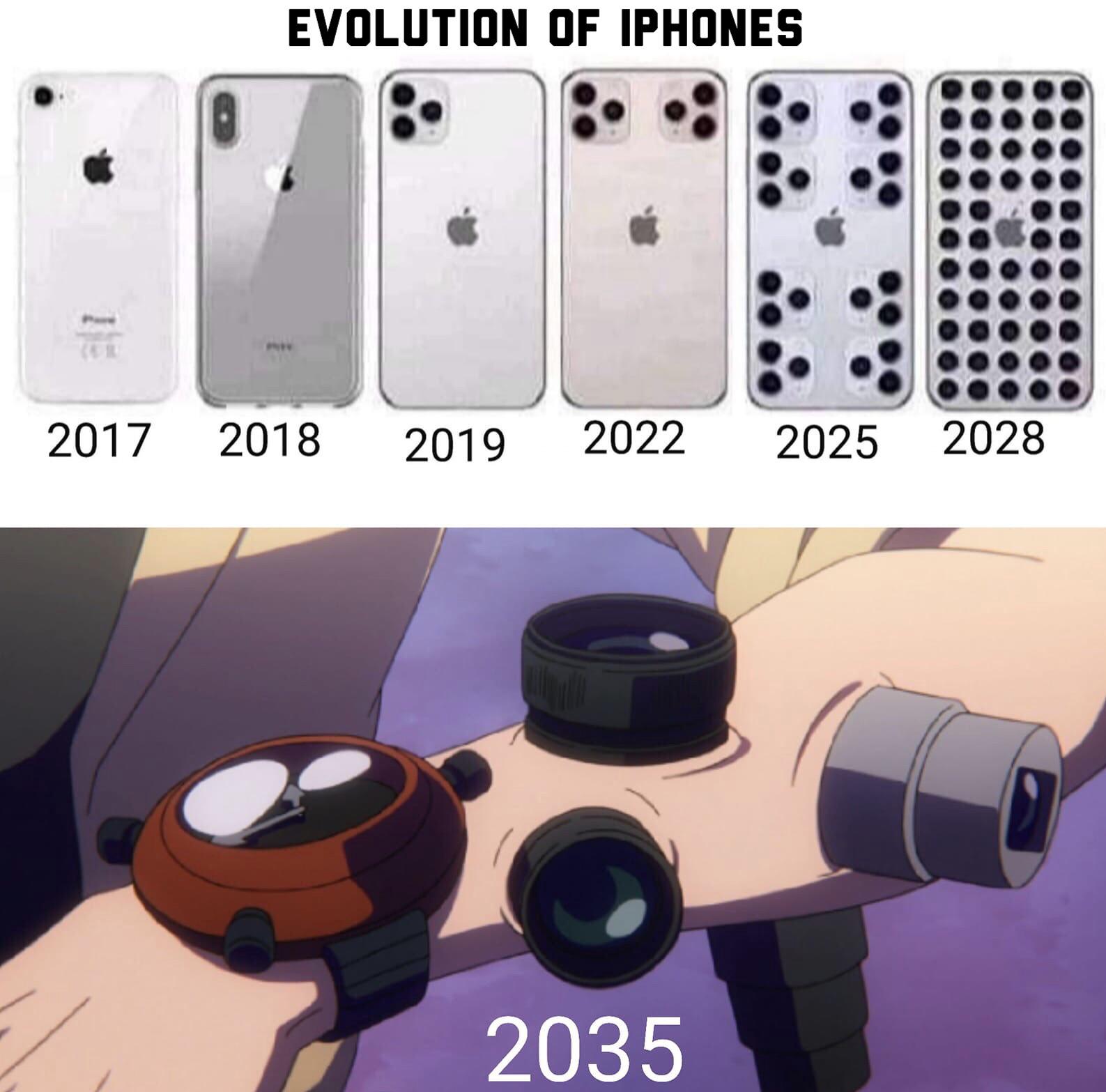 You had me at "larger and thicker".
Reactions: chemenski, Music Ambulance, sundragon and 32 others
Comment

Ugh. No. As someone who updates every year, I wanted to get at least another year out of my phone cases. These yearly physical changes are all too convenient for these accessory makers. 😒
Reactions: Victor Mortimer, gorpman, NetMage and 7 others
Comment

Prediction: after these phones come out, and despite the phone getting thicker every year now for a long time, most macrumors forum posters will continue to complain about apple's "obsession with thinness" and complain about the effect on battery life.
Reactions: Octopuss, sundragon, istvan and 29 others
Comment

Finally Apple realises the device needs to be thick enough to provide proper feature and structure support. So long about Jonny Ive era “thin is everything”.

With that being said, I wish iPad internal cable could be a bit thicker.
Reactions: Premium1 and samuellavoie
Comment

just Make it flush for the love of god..
Reactions: chemenski, LouieTheLug, LiveM and 27 others
Comment

alex2792 said:
Thank god Ive’s gone, maybe we’ll even get proper ports on the next MacBook Pro.
Click to expand...

Slow down there cowboy, lets not rid the market of all those super awesome dongles everyone has to buy to use their new $1500 laptops
Reactions: NetMage, PC_tech, miq and 2 others
Comment
D

Caliber26 said:
Ugh. No. As someone who updates every year, I wanted to get at least another year out of my phone cases. These yearly physical changes are all too convenient for these accessory makers. 😒
Click to expand...

Keeping the same form factor for more than a year sounds like something a company that cares about the environment would keep in mind..
Reactions: markaceto, NetMage, Tagbert and 18 others
Comment

Exciting. I wonder when this phone will be released. 😂🤣
Reactions: samuellavoie and Halfsnap
Comment

I really hope the Pro and Pro Max have the same cameras. I just can't handle the size of the Max but want the best camera. Fingers crossed this year. I'm ready to buy!
Reactions: NetMage, MARTINKERN, kirk.vino and 2 others
Comment

Go a little thickerer, lose the bump, and pack in a bigger battery.
Reactions: LiveM, DeepIn2U, miq and 12 others
Comment
I

Please please please swap the zoom with the ultra wide on the regular sized phone. Leave the nearly useless ultra wide lens for the “pros” who would make the best use of it.
Reactions: psac, miq, Pahanda and 16 others
Comment
G

I don’t care about thickness. Will it weigh more? If so, that’s a big negative for me.
Reactions: NetMage
Comment
B

trailrunner said:
You had me at "larger and thicker".
Click to expand...

ghanwani said:
I don’t care about thickness. Will it weigh more? If so, that’s a big negative for me.
Click to expand...

Thickness would lead to more material. They could probably fit a larger battery in it too. Or, they could put a helium pack inside the phone to make it feel like Air.
Reactions: Shirasaki, WoodpeckerBaby, LeadingHeat and 1 other person
Comment

macintoshmac said:
That's what we have been pining for! Larger camera bumps.

I wish they would make a flush bar again. One can hope.
Click to expand...

I suppose everything is a compromise. The camera bump lends itself to better photographs. While I wish the device was flush, higher quality pictures are more important to me.

The thickness doesn't really bother me, but the weight does. Especially on the Pro models with stainless steel and even larger batteries, it gets quite heavy. I still remember picking up an iPhone 5 and original iPad mini and being so startled by the lightness that I nearly dropped them.
Reactions: iPadified, goobot, pratikindia and 3 others
Comment
You must log in or register to reply here.
Share:
Facebook Twitter Reddit Email Share Link
Register on MacRumors! This sidebar will go away, and you'll see fewer ads.
Sign Up
Top Bottom