Apple's iPhone 13 models are expected to feature a slimmed down notch, marking the first major change to the TrueDepth camera system since it was introduced in the 2017 iPhone X.


We're still months away from the launch of the iPhone 13, but Lewis Hilsenteger of Unbox Therapy managed to get an iPhone 13 Pro Max dummy model that represents what we can expect from the new 2021 device.

Dummy models often come out ahead of when new iPhone models launch to give case makers an idea of what to expect, and while this one is available earlier than usual, it seems to match up with rumors that we've heard so far.

The dummy model is a Pro Max, so it features a fake 6.7-inch display, and it has a realistic design that's higher quality than most mockups. The 13 Pro Max dummy model looks similar to the 12 Pro Max when it comes to design, but there is a notable change to the notch. 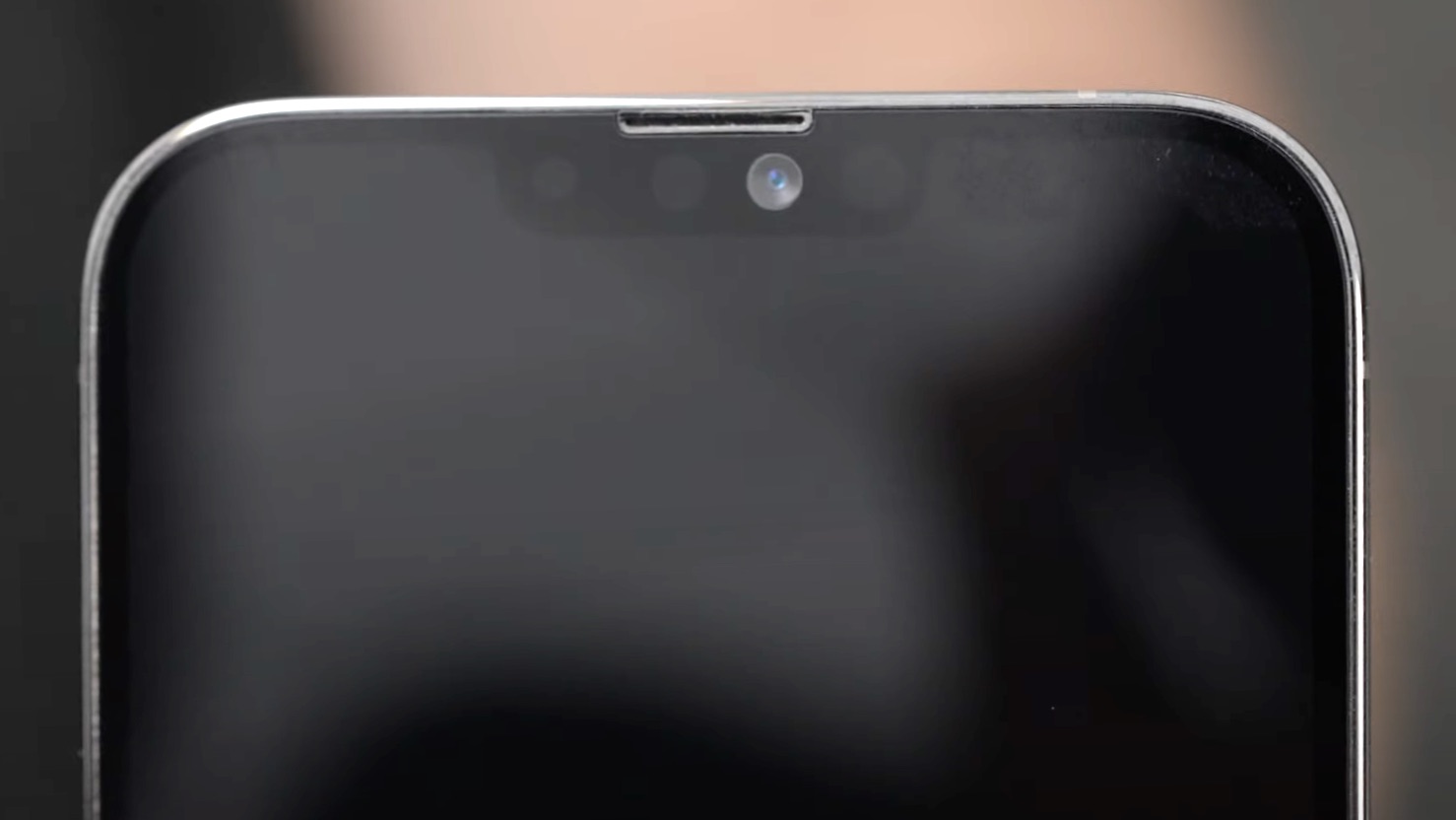 In line with rumors, the notch is slimmed down and less wide, with the four components of the TrueDepth Camera System located more closely to one another. The speaker has been relocated above the TrueDepth camera system rather than in the middle, which is the main reason why the notch is smaller. 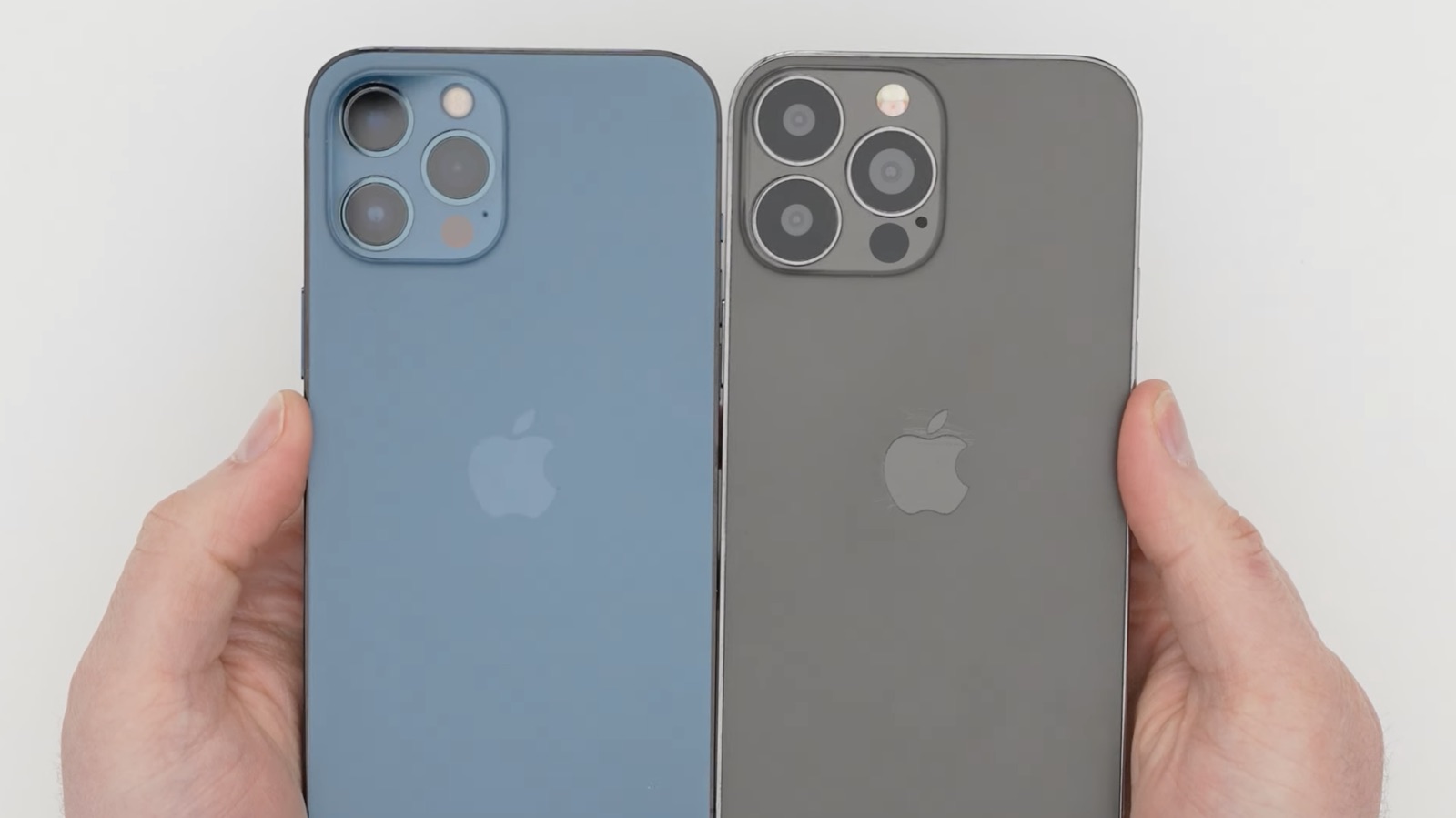 There are no changes to the location of the volume and mute buttons or the power button, and there's a clear Lightning port. There were some early rumors that at least one iPhone 13 model could have a portless design, but later information suggested that would not happen.

The dummy model appears to be a bit thicker than the iPhone 12 Pro Max, but the difference is minimal. Depending on the accuracy of the dummy model, the iPhone 13 Pro Max may be just slightly narrower.

For more on what to expect in the iPhone 13, we have a dedicated iPhone 13 roundup that aggregates everything we know about the new iPhones to date.

Every time I watch a video by Lewis I feel bad for him. He is so wretchedly bitter at Apple.

EDIT: FYI, I am no iJustine fan either. I have come to like/respect MKBHD. He is not afraid to throw punches but also isn't blatantly hating on Apple the entire time.
Reactions: esmd, thebeans, michaelnugent and 21 others

It is amazing how the size of the notch is so focused on by MR and other members.

Edited to add: Lewis is a hack and a clickbait revenue whore.
Reactions: esmd, El Matadurr, Jony Ive and Co. and 44 others

Also Lew is the worst. Such a slime ball.
Reactions: esmd, nburwell, thebeans and 22 others

Please remove this article. The man is pure illness.
Reactions: esmd, Jony Ive and Co., michaelnugent and 32 others

Looks nice I like it. I hope it has a 120Hz display, that'd get me to upgrade.
Reactions: George Dawes

Here's a crazy idea; how about NO NOTCH AT ALL?
Reactions: DarthDon, EvilEvil, Student of Life and 18 others

I really dislike the ever growing cluster of offset "insect eyes" on the iphone. Looks like an antenna array off a starwars space ship. I'd like to see them put all of them under a circular tinted lens centered on the phone so it just looks like a normal cameral lens.
Reactions: LeadingHeat and GuruZac
S

Yup, I see a dummy alright...and it's not an iPhone.
Reactions: Shawn Llewellyn, Snake111, michaelnugent and 15 others

If the next iPhone has a smaller notch, promotion and Touch ID it’s a definite buy from me
Reactions: Guacamole, motulist and Paul6s
D

Spinnetti said:
I really dislike the ever growing cluster of offset "insect eyes" on the iphone. Looks like an antenna array off a starwars space ship. I'd like to see them put all of them under a circular tinted lens centered on the phone so it just looks like a normal cameral lens.
Click to expand...

Kind of like a Nokia PureView 9.3?
Reactions: Ballis
M

I feel so sorry for iPhone 12 owners
Reactions: aWaldo, Shawn Llewellyn, SFjohn and 2 others

Apple_Robert said:
It is amazing how the size of the notch is so focused on by MR and other members.

Edited to add: Lewis is a hack and a clickbait revenue whore.
Click to expand...

Because it shouldn't be there after all these years. its apple purposefully stifling innovation for profit.
Reactions: Piplodocus, planteater, dba415 and 5 others

the camera looks horrible. i would rather have the current style.
Reactions: Nosmo King, innovationwho, alejandrooo and 1 other person

Why is the guy talking about the mock-up like Apple sent it to him?
Reactions: esmd, Drogba11, DarkSam and 8 others
S

Aluminum213 said:
I feel so sorry for iPhone 12 owners
Click to expand...

I feel so sorry for iPhone 13 owners.
Reactions: Shawn Llewellyn, DeepIn2U, Madhava and 2 others
D

This guy is worse than herpes. Can you stop promoting his stupid videos?
Reactions: esmd, aWaldo, Shawn Llewellyn and 20 others

his videos are trash clickbait
Reactions: esmd, Drogba11, DarkSam and 8 others

NO WAY I'd open that box without Rubber Gloves on.
D

Apple_Robert said:
It is amazing how the size of the notch is so focused on by MR and other members.

Edited to add: Lewis is a hack and a clickbait revenue whore.
Click to expand...

Lmao agreed. Why the notch size is even news to begin with blows my mind. If you care about a stupid notch just do everyone a favor and buy a different phone.
Reactions: Tofupunch, Gasu E., AFDoc and 6 others

dear apple please keep the same size NOTCH or remove it but don't this make it smaller
Reactions: Jovijoker and alejandrooo