Despite early ordering problems and possible reception issues, the iPhone 4 has had a successful launch worldwide to large crowds. Japan was the first country to see the iPhone 4 go on sale and over 300 people lined up at the flagship store for Softbank, the iPhone 4's Japanese mobile carrier. Softbank sold out of the iPhone 4 by early afternoon. 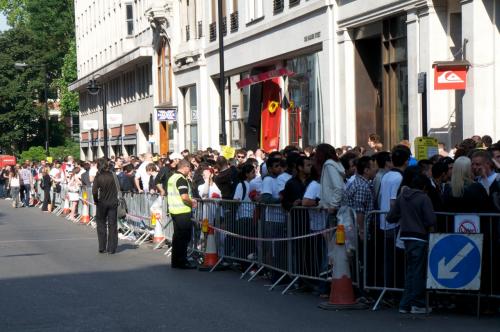 Regent Street, London, Photo by Rob Smith
France, Germany, and the UK were the next to launch the iPhone 4 and just followed by the U.S. East coast. The lines have been reported to be very long at many of the locations we've heard from. Our own local Apple Store (Richmond, VA) reports their longest lines for any iPhone launch.

Join our iPhone forums to share your experiences or get help with your new device. We've started a few threads for people to get started:

There's great example in the Photo thread of how powerful the iPhone 4's camera flash is.

AppShopper is a useful site to find new apps and price drops existing apps. Apple has let loose an enormous number of app updates have been released in the past 24 hours to offer support for iOS multitasking as well as support for the iPhone 4's retina display and gyroscope.

The are over 220,000 apps available, but here are a couple of guides to get you started:

- AppShopper: Essential Apps: Getting Started with iPhone 4
- TouchArcade: So You Just Got an iPhone 4 – An App Store Gaming Guide

Yellow screen and dropped calls when touching certain key areas for everyone! I kid 'cause I love.
Comment
D

It seems yesterdays attempts at fear mongering had little to no effect. Better luck next launch!
Comment
V

DemNoir said:
It seems yesterdays attempts at fear mongering had little to no effect. Better luck next launch!
Click to expand...

So you mean yellow screens and dropped calls at certain pressure points are totally made up? Looks like someone can't own up to the fact Apple has some dud handsets on their hands (yellowing) and needs to offer a fix for something that shouldn't have happened in the first place (dropped calls when held a certain way). Oh, but let's all go back to the nonsensical jealousy conspiracy theory.

So to summarize, according to DemNoir:

* If a Droid phone were to have some bugs in the first gen (and BOY, not like APPLE would ever have that happen!) = bad build

huh, what's all the fuss??? I got mine yesterday

I want to know when it will be available in Canada!!

Come on, we want the release dates for other European countries!
Comment
9

I'm currently in line at the Apple Store - Southdale (suburban Minneapolis). There are about 150-200 people in line, and apparently an equal number waiting to get in on the other side of the mall.

Buying my phone in Maryland. I'm on this huge line, and they just sent anyone who didn't pre order away. Now it's much shorter!
Comment
K

Has anyone been to Regent Street lately? How long is the queue? I went there 4h ago, but that huuge queue made me run away fast.
Comment

Hehe so glad I spent 9 hrs preordering to get mine yesterday.
Comment
C

knatsch said:
Has anyone been to Regent Street lately? How long is the queue? I went there 4h ago, but that huuge queue made me run away fast.
Click to expand...

Forget it, sold out.

There is still a long queue - for reserved phones!

At 8 am this morning the line stretched down regent street, around the corner to the the street in the picture, and round the corner past the end of that street too. I gave up.
Comment

I was going to wait until tomorrow, figuring I could just walk in and pick one up. But with crowds like these, it sounds like the Apple Stores will be really busy for at least a few days (similar to the iPad's launch).
Comment 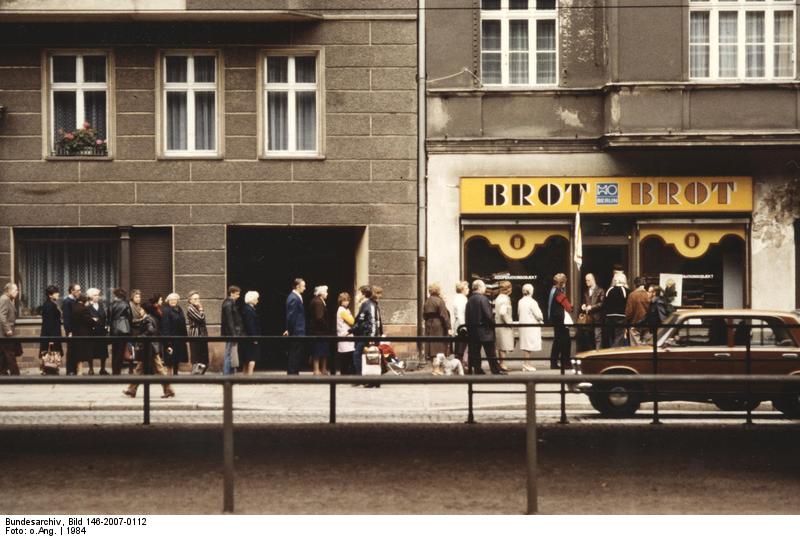 Pepik said:
Forget it, sold out.

There is still a long queue - for reserved phones!

At 8 am this morning the line stretched down regent street, around the corner to the the street in the picture, and round the corner past the end of that street too. I gave up.
Click to expand...

I'm quite keen to pop into Regent Street for a dock and/or bumper? Is it wise? Can I bypass the queue?
Comment

Are they lining up to get a dodgy antennae on their new precious ?
Comment
P

Has Apple indicated whether or not they will attempt to indicate individual Apple Store's stock status as they have in the past? They used to have a red light, green light status on the website.
Comment

Pepik said:
Forget it, sold out.

There is still a long queue - for reserved phones!
Click to expand...

Thanks for that information. Luckily I made a reservation, but with queues as long as they are I might not be able to pick it up without spending hours waiting
Comment

A co-worker of mine got his yesterday.

... but I pre-ordered too late, so I get to wait another two weeks.

Oh well, at least I'll get to see one today.
Comment

DemNoir said:
Your avatar is stupid, annoying and repetitious. Yes, I'm talking to you.
Click to expand...

Avatar? Are you sure you don't mean signature? Or is this an open message to James Cameron?
Comment
I