Sunday marked the 10th anniversary of Steve Jobs introducing the iPhone 4 and FaceTime at WWDC 2010 in San Francisco.

A few months prior to the keynote, photos of a prototype iPhone 4 were leaked by Gizmodo after an Apple engineer accidentally left the device behind at a bar in Redwood City, California, leading Jobs to quip "stop me if you've already seen this." 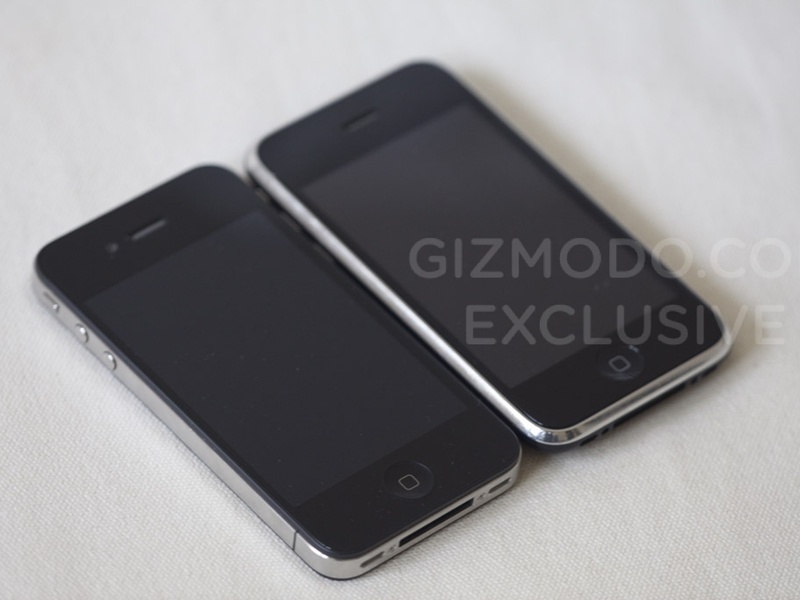 iPhone 4 featured an all-new design with a glass and stainless steel unibody and squared edges, with Jobs describing it as the thinnest smartphone ever at the time. It was also the first Apple product to feature a higher-resolution Retina display, with an average person unable to see individual pixels on the screen from an average viewing distance.

While its design was acclaimed, it was soon discovered that the iPhone 4 could experience signal drop when gripped in a way that blocked the antennas built into the frame. Jobs downplayed the issue in a press conference, noting that all smartphones have antenna weak spots, but Apple did offer a free bumper case to customers that helped to mitigate the problem. The following year, the iPhone 4S featured significant antenna upgrades. 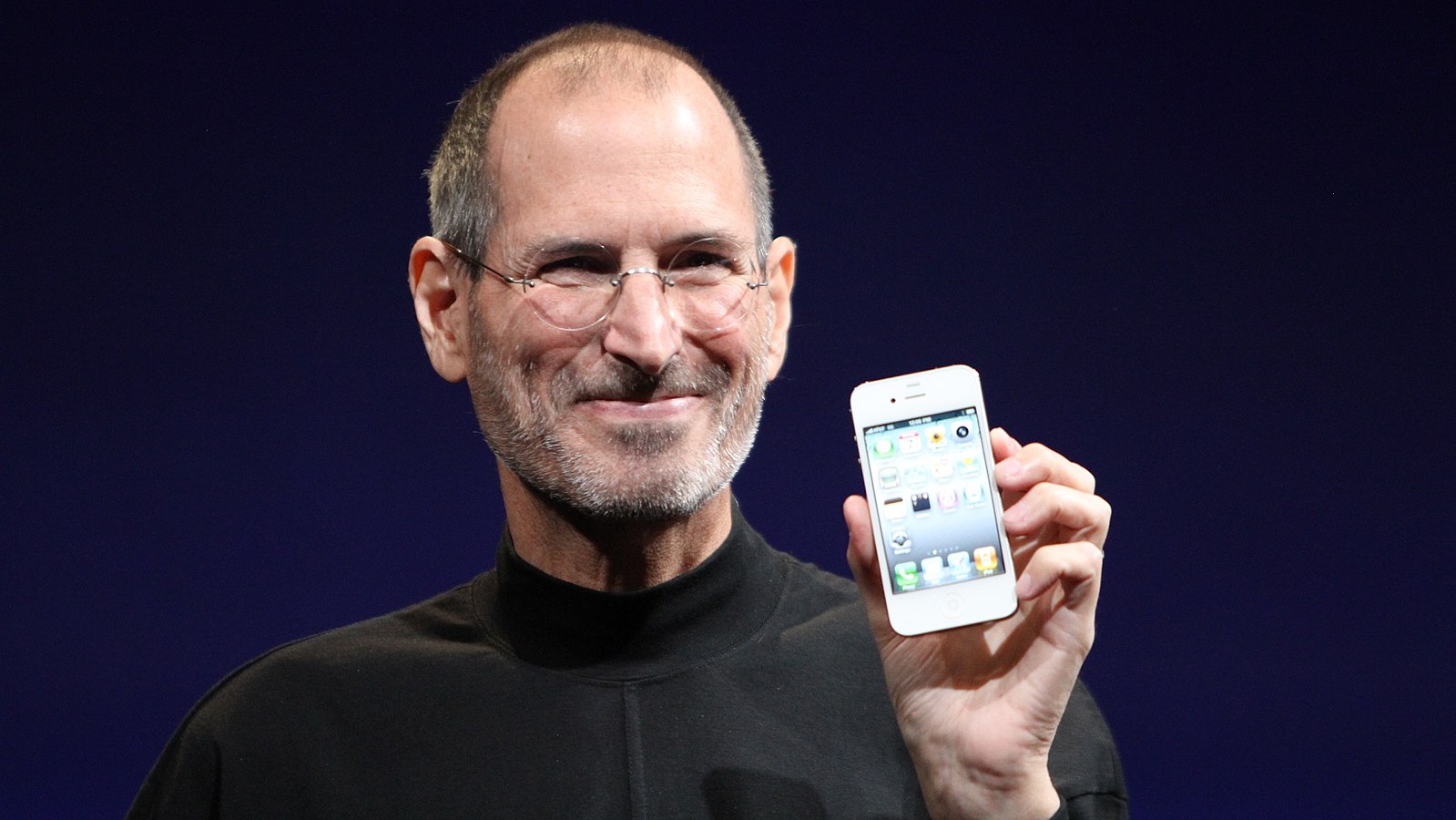 Later in the keynote, Jobs introduced FaceTime, which he demonstrated by having a video call with Apple's recently departed design chief Jony Ive. Apple initially planned to make FaceTime an open standard, but that never happened, with some reports having claimed that patent lawsuits are at least partly to blame.


Rumors suggest that squared edges will make a comeback on iPhone 12 models later this year — a fitting way to mark the 10th anniversary of the iPhone 4.

Good times, when we've had a 2-year cadence of actually innovative iPhone releases under a visionary leader. It's a shame this powerhouse of a device got embedded in collective memory as the "you're holding it wrong" phone.
Reactions: Locke Cole, freezelighter, atmenterprises and 17 others
Comment

Looks so outdated, at the time though it was the best looking phone one could get.
Reactions: Locke Cole, freezelighter, StumpJumper and 13 others
Comment

After clinging steadfastedly to a “dumb phone” for many years, the iPhone 4 was the model that finally convinced me to buy one. Never looked back...
Reactions: Locke Cole, freezelighter, macguru212 and 5 others
Comment

Chirst, remember how much people complained when the new design was leaked?

I still have mine. It boots up and runs well!
Reactions: Locke Cole, ASentientBot, adib and 18 others
Comment
R

It was defective and people love it
Reactions: Locke Cole, Jovijoker and fc4090
Comment

justperry said:
Looks so outdated, at the time though it was the best looking phone one could get.
Click to expand...

Still the peak of iPhone design IMHO. It wasn't until the iPhone X where an iPhone design has come close to matching the iPhone 4 era for me.
Reactions: Schwyz, ASentientBot, Wanted797 and 31 others
Comment
A

I passed my iPhone 4 to my Mum.

Still working and still being used.

I still have my 4S (not 4) and it runs fine. Really crappy phone by today's standards. I hope I can say that of the iPhone 11 ten years from now
Reactions: Locke Cole, ASentientBot and B4U
Comment

Still my favorite iPhone design to this day. The silver and black combo was so slick and I loved the little details like the +/- etching on the volume buttons or the black ring around the headphone jack. It just felt like such a massive step up from previous iPhones in pretty much every way.
Reactions: Locke Cole, Schwyz, ASentientBot and 20 others
Comment

It was stainless steel...not aluminium.
Reactions: Locke Cole, Schwyz, ASentientBot and 7 others
Comment

It was a great phone for the time, now it looks so small with lots of wasted space for the display. Of course look at the Apple ][ or Mac 128k etc, they were all great at the time.
Comment
R

My first iPhone. I bought it in August, I remember waiting in line for a few minutes outside the Apple Store, and there were lines even in September and October as far as I remember, it was really difficult to get.
I eventually decided to be an app developer for iOS, and it was a good decision.
Reactions: Locke Cole, ASentientBot, hortod1 and 4 others
Comment

Passed on this phone at launch for some reason, I thought my 3GS was enough. Boy was I wrong when I got the 4 nearly a year later. Amazing phone. Best designed iPhone ever IMO.
Reactions: Locke Cole, xpxp2002, Jovijoker and 3 others
Comment

Fantastic device. Shame it was saddled with the Antennagate issues, otherwise it was a great product.
Reactions: Locke Cole
Comment
L

I remember seeing that leak of that phone. And thinking that it was a game changer at the time.
Comment

That was my first iPhone, it was absolutely incredible back in 2010. The Retina display was revolutionary at the time, every other phone out there had very low resolution screens that looked like garbage by comparison.

The whole antenna thing was hilariously overblown. You had to tightly grip the phone in your hand in a really weird way to have any issues. Nobody holds phones like that now, and few did then. Steve Jobs never said “you’re holding it wrong”, yet the haters still put it in quotes.
Reactions: Locke Cole, compwiz1202, ASentientBot and 2 others
Comment
L

Still my favourite design. I'm glad year's crop of iPhones is going back to that look.
Reactions: Locke Cole, ASentientBot, TropN and 5 others
Comment

Still using my jailbroken iPhone 4 on iOS 5.1.1 as a mp3 player at the gym
Reactions: Locke Cole, ASentientBot, wol and 2 others
Comment

And here we are 10 years later about to get a new generation that takes some cues from this game changer. iPhone 4 was awesome.
Reactions: Locke Cole, wol, ChrisMoBro and 1 other person
Comment
J