Following last night's leak of the golden master version of iOS 11, further details of features Apple plans to announce next week continue to be unearthed, including more hints about the new 3D animated emoji for iMessage.

Based on information in the iOS 11 GM firmware, the new "Animoji", as they're called, appear to be a feature exclusive to Apple's so-called iPhone 8 and the phone's new 3D sensing capability, enabling users to create custom 3D animated emoji based on facial expressions picked up by the camera.

As noted by developer Steve Troughton-Smith, several Animoji will be available for customization using the iPhone 8's 3D sensing features, including chimps, robots, pigs, cats, poop, chickens, dogs, foxes, and several others unearthed in the software.

The range of expressions that the iPhone 8 will be able to detect are listed in a separate asset, showing off the level of detail the new camera feature is capable of reading on a human face. Animoji will be able to be customized using movement of the left and right eyebrows, cheeks, chin, eyes, jaw, lips, and mouth, with global detection for sad and happy faces. 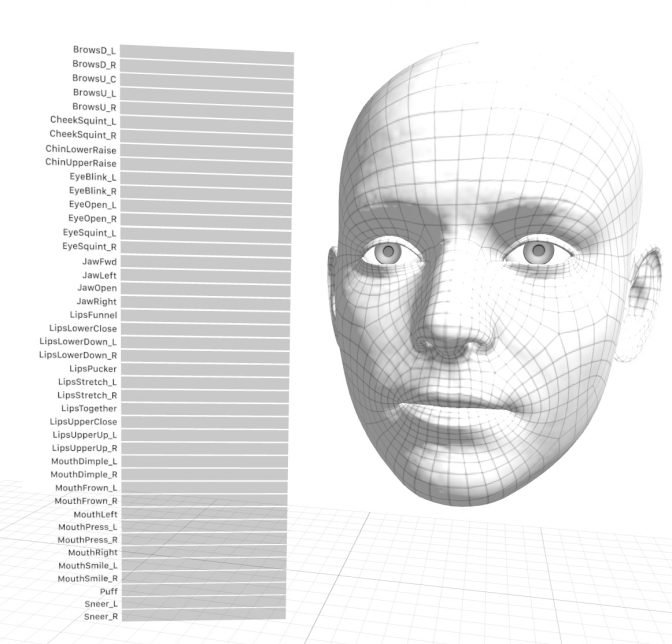 Expect additional discoveries about the iPhone 8 and Apple Watch to be revealed soon as developers scour the iOS 11 GM code over the weekend. Apple will officially unveil the new devices at its Tuesday event set to be held at 10:00 a.m. Pacific Time.

The sheer amount of features on the iPhone 8 is making the 7S look more and more like lower end product with every coming leak.
Reactions: ChrisMoBro, Cameroncafe10a, Oblivious.Robot and 8 others

I won't buy the iPhone 8 but I like this feature. This brings more personality and creativity to iMessage.
Reactions: Radon87000 and daverso
C

Am I the only one who doesn't care about this ****ing Emoji stuff but the security of Face ID?
Last edited by a moderator: Sep 9, 2017
Reactions: DeepIn2U, Brandhouse, ChrisMoBro and 26 others

The first comment pretty much nailed it. Super annoying.
Reactions: DeepIn2U, ChrisMoBro, Cameroncafe10a and 9 others

No kidding, this is going to sell iPhones.
Reactions: MaximizedAction, Capitalist_King, DUIduckSAUCE and 4 others
R

Bitmojis and now this. What a time to be alive
Reactions: Cameroncafe10a, entropys, DEXTERITY and 6 others

Well, with this feature no doubt they will call it the iPhone Pro. What else screams more Pro than 3D emojis?

Every professional in his field was just waiting for this.
Reactions: MaximizedAction, Demo Kit, Cameroncafe10a and 20 others

This is awesome but I can see some backlash from upset people who will want to use the Animojis but can't afford the iPhone 8 and so they have to "settle" for a 7s which doesn't have FaceID... or does it?

Well, I continuously get the impression that Apple still is not completely aware or underestimating the impact of some of its main contruction areas. This certainly was none.

The sheer amount of emojis these days is discouraging me to use them.
Looking through all of them for a fitting one is not worth the hassle so I just go with a recent one or even more often just don't.
Reactions: Demo Kit, Cameroncafe10a, TouchedByAl and 6 others

Just wait until the rest of services -WhatsApp, FB Messenger...- copy this feature, like they did with the bigger emojis.

Radon87000 said:
The sheer amount of features on the iPhone 8 is making the 7S look more and more like lower end product with every coming leak.
Click to expand...

Well, Apple has to justify the vast premium of the iPhone 8 somehow.

Seems like this animoji could become some sort of status symbol? If presumably only people with the iPhone 8 can create and send them? Will other users on iOS 11 still be able to select them from the keyboard?
Reactions: JM

All this and still no updated Mac Mini

Many many animated turds coming our way (I know because that’s all I’ll be sending).
Reactions: Demo Kit, odin, Mainyehc and 6 others

I thought I was going to be alone, hating on this. Glad I'm not lol
D

It seems like every part of this keynote has had its thunder stolen. I know some people suspect leaks are always instigated by Apple - and no doubt some are - but suspect there are some very shocked and disappointed execs there right now. I really enjoy reading the rumours but I can't help feeling that the wealth of information this year will detract from the launch.
Reactions: christo747, xxray and brock2621
I

Don't care much (at all) about emoji, but the technology behind this feature is definitely very promising.
Reactions: NightFox, IJ Reilly and Compote
G

It looks like I will be the only person using this, like the original Japanese emojis when Apple showed them during an update and their users balked at the concept until it was common. No one here used them so it was a dumb idea.

This sound like a gimmick, but I trust Apple will (also) have more serieus/useful innovations using 3D scanning and face recognition. I'm exited this time and will buy the iPhone 8. (Yet I hope it's not going to be the hunchback shown in mockups.)
Reactions: daverso
L