Indian blog CashKaro has collaborated with OnLeaks to share new renders of the so-called "iPhone XI" and "iPhone XI Max," providing a side-by-side comparison of the expected successors to the iPhone XS and iPhone XS Max. 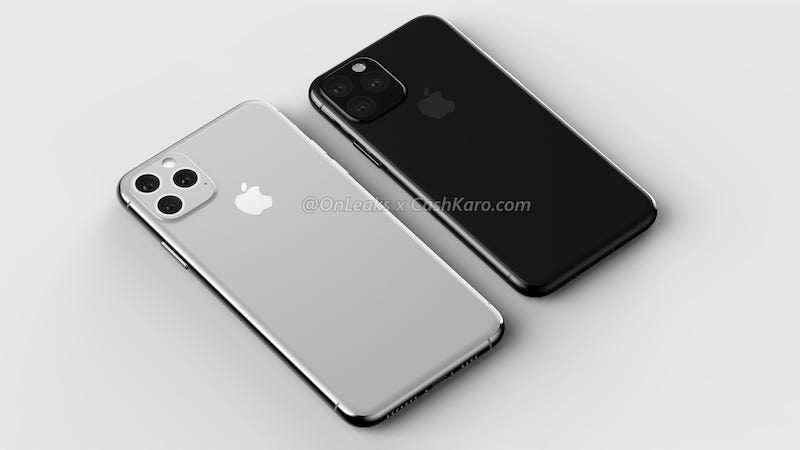 Apple's depth measurement does not include the camera bump, so with the slight reduction in size expected there, the change in overall thickness between 2018 iPhones and 2019 iPhones may be negligible. 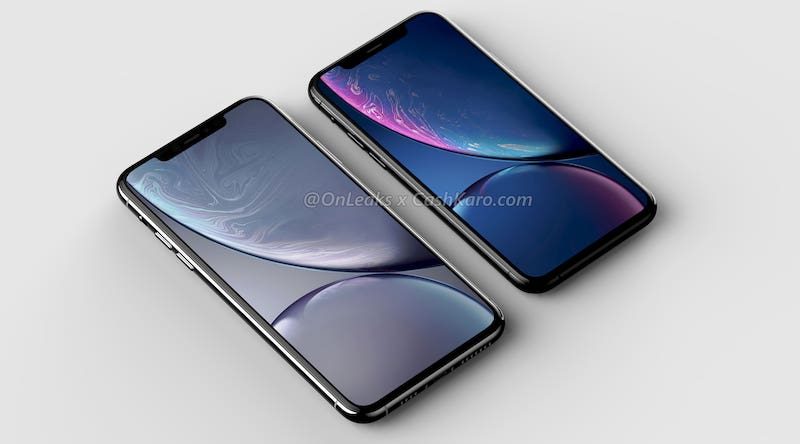 As widely rumored by now, the new iPhones are expected to feature a triple-lens rear camera system in a triangular arrangement. While the camera bump has a larger square-shaped design, it appears to be less protruding, as the rear panel of each device is said to be formed out of a "single piece of glass."

The renders also suggest that 2019 versions of the iPhone XS and iPhone XS Max will feature a redesigned circular-shaped mute switch within a pill-shaped cutout, similar to the one on older-generation iPads. 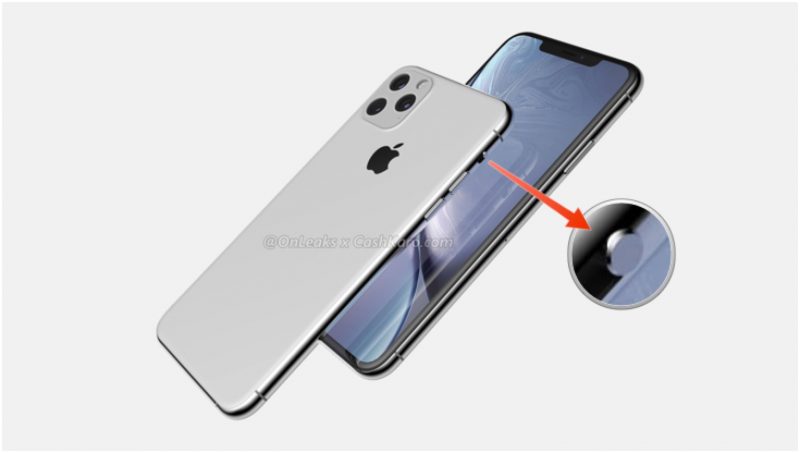 Beyond that, the renders suggest that 2019 iPhones will be similar to 2018 iPhones in many ways, complete with the same notch, bezels, stainless steel frame, Lightning connector, speaker grilles, and volume buttons. This would be more or less the same design as Apple has used since the iPhone X in 2017.

In addition to the static images, CashKaro and OnLeaks teamed up to create a 360-degree video of the renders:


Apple should unveil its next-generation iPhone lineup in September as usual alongside Apple Watch Series 5 models and other announcements. While not shown here, a new iPhone XR is also widely expected with a dual-lens rear camera system, up from a single lens on the current model.

OMG, where is Jony? Has anybody seen Jony?! 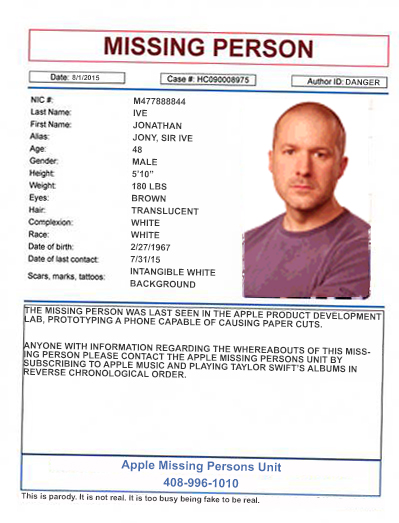 Geez, that silver one looks hideous
Reactions: maurom, ParaShot, atmuris and 30 others

Can someone check if Ive is okay? The rear design of these phones is terrible.
Reactions: maurom, ParaShot, atmuris and 42 others

Why mess around... Apple should just give us what we really want... 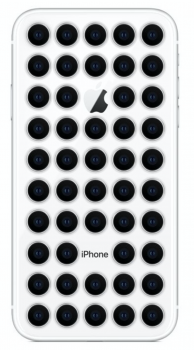 I REALLY hope the phones don't look like this. I'll just keep what I have instead of plunking down >$1K for something I drew up in grade school.
Reactions: maurom, Aloft085, Glideslope and 6 others

Not worth the price over the Xr...
Reactions: GuruZac, Glideslope, AutomaticApple and 2 others

Wait.... a redesigned mute switch?? Is this real life? That’s actually the one thing that has stayed consistent across all iterations of iPhones. If true, that’s huge!!
[doublepost=1556298517][/doublepost]

AngerDanger said:
OMG, where is Jony? Has anybody seen Jony?!

Gif me like one of your fine French gifs.
Reactions: tphalp, fredrik9, tomjleeds and 5 others
R

This has to be fake to throw people off the sent....right...? :-/
Reactions: glowplug, martyjmclean, AutomaticApple and 6 others
M

This is the most beautiful iPhone apple ever built! Will skip this time I don’t like this beauty!!!!!
Reactions: pratikindia
M

Apple: We have reinvented the mute switch. It is now better than ever... /s

They should integrate the camera lenses into the Apple logo on the back. The "bump" on the corner is getting more and more ridiculous as it increases in size.
Reactions: Freakonomics101, jaxemer11, L-Viz and 8 others

Volume buttons and mute switch should adopt Digital Crown from Apple Watch Series 4, but in a form factor that is more fitting for a phone.
Reactions: MaximizedAction and Wide opeN
A

ugly, but what would it look like in a case? thats how many people see it these days.
Reactions: unchecked and mihike

I really need to know if the iPhone will be switching to USB-C or not.
Reactions: atmenterprises, ncc1701d, cgs1xx and 4 others
T

It’s got to a point where the only thing Apple are redesigning is the mute switch
Reactions: atmenterprises, clauzzz203, FairlyKors and 25 others
V

I was really hoping they reduce the weight! I held a Samsung Galaxy S10+ recently and it felt fantastic. So sleek and light. I want to get the Max version for my next phone, but the heavy weight keeps me away.
Reactions: FairlyKors, supermars, Sandstorm and 9 others

This is the new iPhone 7. Redesigned details in the same general design to buy time for the bigger change next year.
Personally I wanted them to do the mute switch like this since forever, it makes so much more sense.
Reactions: L-U-R-C-H

AustinIllini said:
Can someone check if Ive is okay? The rear design of these phones is terrible.
Click to expand...

Aside from the camera the rear design looks exactly the same as the current XS. How much say do industrial designers have on camera placement?

Fine, whatever. Just get the price down
Reactions: Uofmtiger, Datalinks, otternonsense and 10 others

ThatiPhoneKid said:
It’s got to a point where the only thing Apple are redesigning is the mute switch
Click to expand...

So everyone is calling this ugly over a re-designed mute switch?
Reactions: NetMage, CriticalVoice and Playmbl

12vElectronics said:
I really need to know if the iPhone will be switching to USB-C or not.
Click to expand...