Is ASUS Trying to be Apple?

If it was just their MacBook Air-alike, we might have let it pass. But after we saw the ASUS Chairman's Computex presentation and "Behind the Scenes" video, it seems that ASUS is trying hard to be like Apple. Here is ASUS Chairman Jonney Shih revealing their one more thing at the Computex press conference:

At the end of the Asus press conference at Computex 2011, Chairman Jonney Shih waited until the very last minute to unveil the best product of the night: The Asus PadFone, a convergent device that docks a smartphone into the back of a slate so that they can be used together as a single device.
Click to expand... 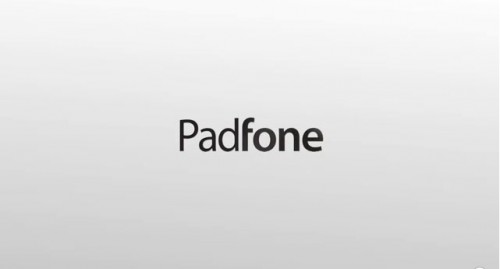 ​
There's nothing particularly wrong about trying, though they do come across as a Bizarro Apple.


Article Link: Is ASUS Trying to be Apple?

ASUS has the production to do it. The Padfone font was a creepy start but the entire Computex lineup is a dead giveaway.

$200 MeeGo netbooks have some potential. I need another portable computer around the house.
Comment

lol @ the "padfone" at the end. ASUS has a serious case of Apple envy alright.
Comment

If you can't innovate, you have to imitate.
Comment

Is it racist that I found those videos hilarious?

I think ASUS is on to something, the pad and the phone experience SHOULD be connected and I think going forward will be more and more. Slapping your phone inside of your tablet isn't the best solution though. In fact, it's a little silly.

But that wasn't even the hilarious part.

And to be honest, while funny, the engrish wasn't the hilarious part either.

I think the hilarious part was the dense amount of fail located throughout all of that. It was just sopping wet with fail.
Comment

as soon as he said "whose calling me?!" I instantly thought of biggies "warning". lol.
Comment
C

This is madness. The presentation was lame and that...thing.... was running Windows 7? The battery life would be really lousy. They call it innovation but... it really sucks IMO.
Comment

they do come across as a Bizarro Apple
Click to expand...

That dude is totally the asian Steve Jobs. He might as well have been wearing jeans and a black turtle neck. Even the keynote was Appleish. Honestly I kind of like Asus as a company. I use several of their PC components in my gaming rigs. With that said, this was pretty sad. I don't even mean this product. They might actually have something with this product, but the way they presented it and the way they're marketing this is pretty pathetic. The "padfone", are they serious?
Comment
N

Is this real? It looks like a comedy routine on SNL. This can not possibly be a real product and it must be a late April fools joke from MacRumors.
Comment
K

Well, I like the presentation. Very cool to see an Asian chairman this relaxed on stage.
Comment
D

MacRumors said:
There's nothing particularly wrong about trying, though they do come across as a Bizarro Apple.
Click to expand...

This does not sound very professional. Just because the Vietnamese couldn't copy Apple very well, that doesn't give you the right to mock them.
Comment
M

Asus should be ashamed. From the product to the presentation, I feel like they just copy everything from Apple. If you can't come up with something original, you may as well just not release it and save yourself the embarrassment. This is ridiculous.
Comment
H

A couple of bloopers:

In the second video,

1) at 0:20, with the dude with an "anonymous" tablet, looking for WiFi signal. That was actually an iPad 3G.

You know, the presentation aside, unless the tablet is SUPER cheap, I don't see the point in this at all. So that better be one damn inexpensive tablet.
Comment
M

Discoverer said:
This does not sound very professional. Just because the Vietnamese couldn't copy Apple very well, that doesn't give you the right to mock them.
Click to expand...

First, Asus is a Taiwanese company. Second, why are you bringing up nationality?

This is a blog that covers topics related to Apple, and any news from a competitor that might be relevant to discussion. Asus is aping Apple's look, themes and style (even down to using the same font, Myriad Pro) and all that this post is doing is pointing out the eerie similarities. It's not unprofessional at all.
Comment

How is he Chairman?

Seriously, this is gawd awful.

The presentation was sad, and more than a little Creepy.

I am not sure why other companies even bother trying to compete with the ipad.

It is a great product, I bought one for my wife and she uses it every day and we love it, but personally I find my MBP much more useful.

I find it more of a toy than anything.
Comment