Is my Maps Directionally Challenged, LOL? 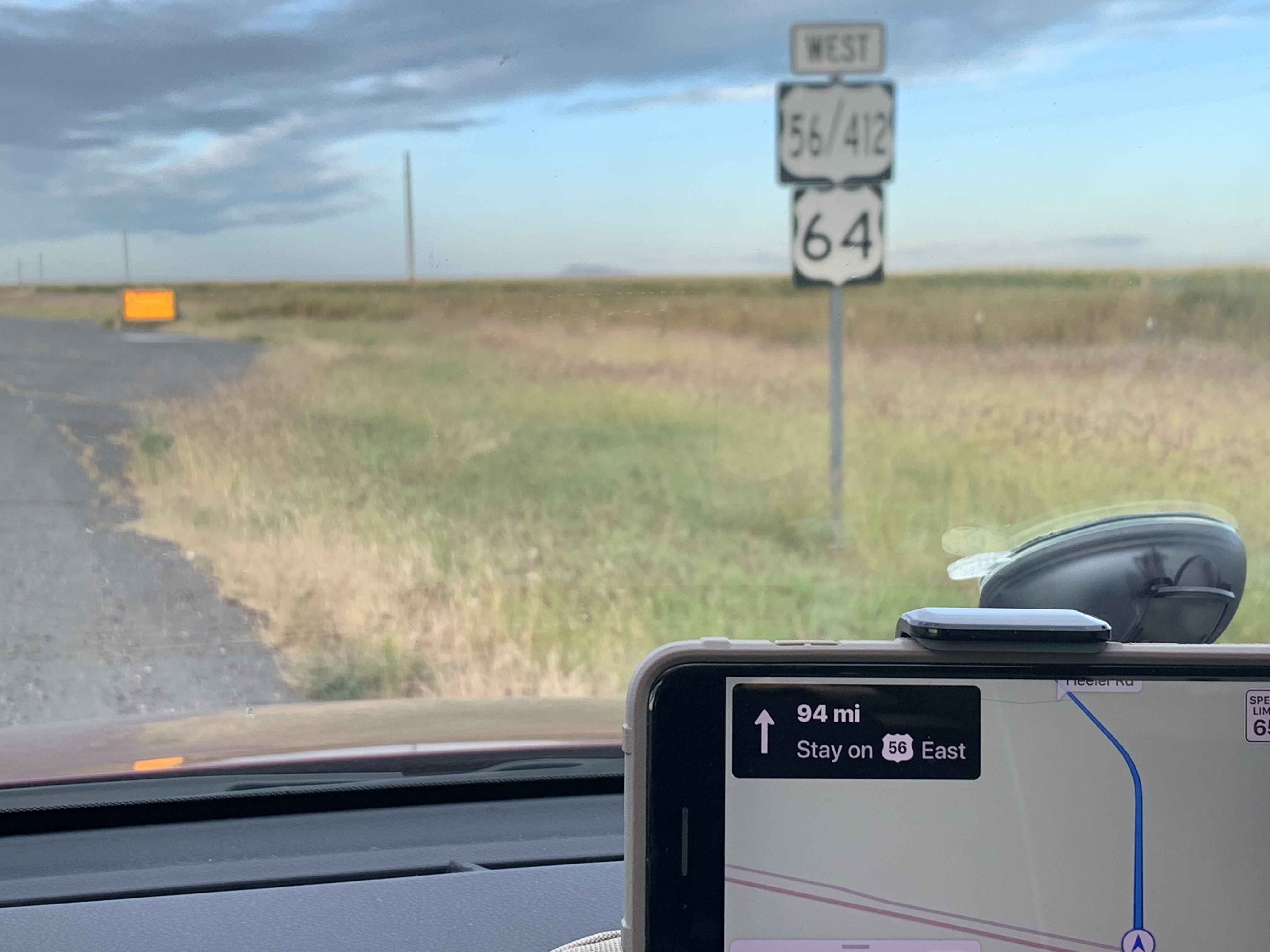 Okay, this has me baffled. I keep thinking it must be brain flatulence, but I don’t see how. I first noticed it yesterday as I was driving across Kansas, and it happened every time I was on a US Hwy. When driving one direction on the road, Maps said I was going the OPPOSITE direction. I even have a picture to show it.

Now at first I thought maybe when it said I was to stay on 40 East maybe it was because that particular point of the highway was east of the mid-point, but as I watched, that wasn’t it. If I was heading south, Maps said it was North. West was East and North was south.

When I took this picture, I was heading due west on US 56 in far west Oklahoma, but if you look at Maps on my iPhone (in iOS 12) it says “stay on 56 East”. But I wasn’t ON 56 East! What am I missing here????
You must log in or register to reply here.
Share:
Facebook Twitter Reddit Email Share Link
Register on MacRumors! This sidebar will go away, and you'll see fewer ads.
Sign Up
Top Bottom