Italian consumer association Altroconsumo today announced that it has launched a class action lawsuit [PDF] against Apple for planned obsolescence (via Reuters). 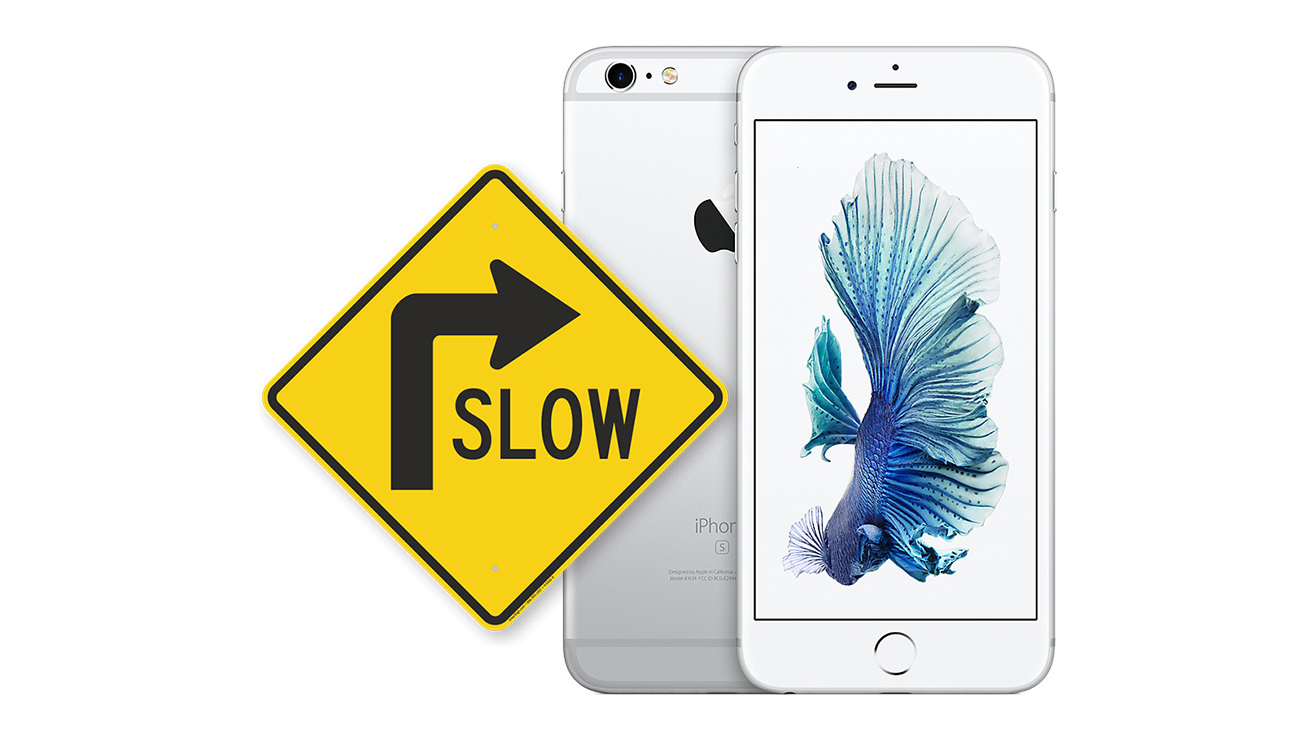 Altroconsumo is seeking damages of 60 million euros on behalf of Italian consumers who were "tricked" by the practice, with the lawsuit covering the iPhone 6, iPhone 6 Plus, iPhone 6s, and iPhone 6s Plus.

"When consumers buy Apple iPhones, they expect sustainable quality products. Unfortunately, that is not what happened with the iPhone 6 series. Not only were consumers defrauded, and did they have to face frustration and financial harm, from an environmental point of view it is also utterly irresponsible" said Els Bruggeman, Head of Policy and Enforcement at Euroconsumers. "This new lawsuit is the latest front in our fight against planned obsolescence in Europe. Our ask is simple: American consumers received compensation, European consumers want to be treated with the same fairness and respect."
Click to expand...

These claims date back to the 2017 release of iOS 10.2.1, which included a feature that throttled the performance of older iPhones with degrading batteries to prevent device shutdowns at peak usage points. Apple did not make it clear that avoiding shutdowns would require device performance to be scaled down, which led to a huge consumer outcry and blowback that's ongoing today.

Apple has maintained that the idea of planned obsolescence is absurd, with the iOS 10.2.1 update designed to make iPhones last longer by preventing interruptions in usage. Following the fiasco, Apple implemented battery health features in iOS and debuted a $29 battery replacement program, but it has still faced multiple legal issues related to planned obsolescence claims.

The prior Italian lawsuit and fine were levied by regulators, while the current lawsuit seeks damages for consumers. Altroconsumo is seeking 60 euros on average for all owners of affected iPhones.

Apple is facing similar lawsuits in Belgium and Spain, and a fourth class action lawsuit is set to launch in the near future. Italy is also currently investigating Apple for improper commercial practices in regard to cloud computing services and recently fined Apple 10 million euros for misleading water resistance claims.

I thought that issue was settled already?

Edit: Wait that was just in the US, hopefully Italian customers get their $5 from whatever settlement comes lol
Reactions: TheDemogordon, AppleFan78, LeadingHeat and 6 others
B

Altroconsumo short of a few bob.
Reactions: ikir and NMBob

I think Apple already does a decent job supporting older platforms for many years. At some point, Apple or any other company, is going to "move on" to newer technologies.
Reactions: davidjytang, Rudy-1, TheDemogordon and 17 others

Apple will be fine, none of you need to get your tightey-whiteys and banana-hammocks in a bunch lmao.
Reactions: JetLaw, BvizioN, SqlInjection and 1 other person

Agree - I say get over it Italy and don't try to extort money form Apple. What, you say? You don't like Apple? Buy Waaah-Way ?
Reactions: Anson_431, makr, ikir and 3 others

Right, if anything Apple is one of the big tech companies that supports their devices the longest.

Just the technological improvements alone, miniaturization, screen technologies, radio-communication standards, etc. make it very hard for these companies not to produce a new device periodically. That does not mean you have to buy it every year but they definitely will make it, otherwise their competition will.

This is ridiculous. Apple has always offered more years of software updates of any mobile OS. I understand they should’ve been more transparent with the battery situation, but still.
Reactions: TheDemogordon, AppleFan78, George Dawes and 12 others

Apple never should have enabled throttling, instead allowing phones with naturally-degraded batteries to just shut down and/or reboot.

The upsides would be they would have made more money because more people would have either paid for battery replacements at full price or bought new phones and Apple would not have had to pay all these fines and suffering the "bad PR" for actually trying to mitigate the problem.

Apple should have just made public what they were doing and why they were throttling. I'm sure there would have still been blowback (there always is when you try and do the right thing), but (hopefully) far less then they did by trying to just do it quietly.
Reactions: TheDemogordon, PC_tech, michaelnugent and 23 others
L

Technology isn't like a car that you can complete maintenance on and expect it to last basically forever.... If a 6 year old phone that can't run the latest tech is the end of the world to you, maybe a smartphone isn't the smartest choice?

Would having to change a cars oil considered planned obsolescence? What do you mean it's a consumable part that will need to be replaced? What about our environment? Oh wait, we don't even think about this.
Reactions: AppleFan78
J

And everyone in that class action suit, outside of the lawyers, might get .7 cents each...if they are lucky. Class actions suits are the biggest waste of time. They only get lawyers rich.
Reactions: 2ndStreet, AppleFan78, amartinez1660 and 6 others

I love being Italian. Hahaha
Reactions: carolparanhos and katbel

Much like the 6 series models, I predict this subject matter will keep randomly rebooting from court to court.
Reactions: George Dawes and neutrino23

Gee name something that doesn't have planned obsolescence - cars, etc.
And we end up paying - I wouldn't be surprised if Lawyers and suits cost more for our phones than the parts do.
Reactions: amartinez1660 and George Dawes
D

You can't win for losing here.

Apple uses the most robust battery technology available at the time, a technology that decreases in voltage as it ages.

Dropping voltage to any chip causes the chip to malfunction In this case, it causes phones to randomly restart under load.

Apple releases a patch that causes phones with reduced voltage to heal through the problem by reducing performance, rather than risking data loss or panics.

This move -- which effectively increases the usable lifespan of the phone -- is used to punish the company for "planned obsolescence."

You guys know what a knock sensor is? It's a little device that every car has that measures the quality of combustion in the engine. If it detects the wrong kinds of ignition, it reduces the fuel/air mixture to prevent too-powerful explosions from damaging the engine. In essence, it reduces performance to prolong the lifespan of the engine. And to my knowledge, no car company to date has been sued for "planned obsolescence."
Reactions: TheDemogordon, michaelnugent, amartinez1660 and 18 others

I'll never understand why every manufacturer of Android phones isn't sued for planned obsolescence by failing to provide software and security updates for the expected lifetime of the product, which would be 5 years in most countries, 6 in the UK for example.
Reactions: amartinez1660, George Dawes, Will do good and 4 others
A

There are 195 countries on our planet. Every one of them deserves a slice of Apple Pie

I don’t think many people will argue that, the issue though is intentionally slowing down phones without people’s knowledge. If you want to say “hey here’s this feature you can enable that will increase battery longevity but at the expense of some performance”, fine, but don’t do it behind my back.
Reactions: PC_tech, motulist, maerz001 and 1 other person

I don't know how often Apple does this but there are many videos and websites showing that some old and unsupported Apple hardware is perfectly capable of running newer versions of OSX/MacOS but Apple deliberately prevents you from being able to upgrade them. I would call that planned obsolescence, more so than the battery issue.
Reactions: PC_tech, 123, Rocko99991 and 4 others
J

xxray said:
This is ridiculous. Apple has always offered more years of software updates of any mobile OS. I understand they should’ve been more transparent with the battery situation, but still.
Click to expand...

I agree, I just updated from an iPhone7, but only because I wanted the upgraded camera capabilities the last few generations have provided. I still had the latest version of IOS and the battery was holding up. A lot of Android phones never get OS upgrades after the first year and are left vulnerable to exploit, I hope those companies are being held accountable. I doubt it though, legislators are lazy and see Apple huge cash stockpile as future revenue, they couldn’t give a flying donut to try making electronics more sustainable across the board. If someone else is being taken to court for similar reasons please comment.
Reactions: amartinez1660 and Anson_431
You must log in or register to reply here.
Share:
Facebook Twitter Reddit Email Share Link
Register on MacRumors! This sidebar will go away, and you'll see fewer ads.
Sign Up
Top Bottom