Jury Finds Largely in Favor of Apple in Apple vs. Samsung Trial, Awards More than $1 Billion in Damages

Apple's stock price rose to an all-time high, more than $675 per share, in after-hours trading following the verdict.

The three-week trial has resulted in interesting testimony and evidence from both sides, including looks at early iPhone and iPad prototypes, Apple and Samsung mobile device sales numbers in the U.S., and an internal Samsung memo that examined what the company needed to change in its Galaxy line of smartphones to compete with the iPhone.

The 9-person jury was asked to fill out a 20-page jury form with more than 700 questions across 33 groups. They were required to come to a unanimous decision on each question and court-watchers didn't expect a verdict until at least next week.

The following is our liveblog as the verdict was written:

The jury was asked to fill out a form covering 33 separate questions regarding patents, trade dress, and antitrust.

On the first claim, regarding the '381 "bounce back" patent, the jury finds Samsung guilty on all counts. Samsung infringed on Apple's patent on a wide variety of products.

On Apple's "pinch and zoom" '915 patent, the jury found that Samsung infringed on all but three products.

For the "double-tap to zoom" '163 patent, the jury found that Samsung infringed on a wide number of products, but not all.

The jury found that Samsung took actions that it knew or should have known were infringing across the '381, '915, and '163 patents on most, though not on all, counts.

For the '677 patent, covering Apple's trade dress registration of the look of the front of the iPhone, the jury found that Samsung did infringe on most devices, but again, not all.

For the D'087 patent, covering Apple's trade dress registration of the look of the back of the iPhone, the jury found that Samsung did infringe on some devices, but not all.

For the '305 patent, covering the trade dress registration of the iPhone's home screen, the jury found that Samsung infringed across most devices.

For the D'889 patent, covering the trade dress registration of the iPad's appearance, the jury found that Samsung's tablets do not infringe -- one of the first victories for Samsung.

On the question of whether Samsung Korea knew or should have known it was inducing US subsidiaries to infringe on the D'677, D'087, D'305 and/or D'889 patents, the jury found in favor of Apple across a wide number of phones and patents, though not on the '889 patent regarding the iPad. These two questions are significant for Apple to receive damages.

On the question of whether Samsung's infringement was willful, the jury again found for Apple on a number of patents and devices.

Finally, the jury ruled that all of Apple's patents are valid.

Regarding trade dress, Apple has proven that its unregistered iPhone 3G trade dress was protectable, and the jury found that a number of Samsung phone models violated Apple's trade dress, though not all of them.

Overall, the jury is finding for Apple on most counts.

Regarding damages, the jury finds that Apple should be awarded $1,051,855,000 in damages for willfully violating Apple's patents and trade dress.

Next up are Samsung's claims against Apple.

The jury has found for Apple regarding its alleged infringement of Samsung's utility patents on every claim, however Apple did not prove they were invalid. The jury did not award Samsung any damages.

Finally, Apple did not prove that Samsung violated antitrust obligations regarding its FRAND patents.

Apple did prove that Samsung is barred from enforcing its '516 and '941 patents.

Update: CNet provides a nice breakdown of patents and the devices found to infringe.

Article Link: Jury Finds Largely in Favor of Apple in Apple vs. Samsung Trial, Awards More than $1 Billion in Damages

The suspense is killing me!
P

We will know soon, I guess.

WSJ is still waiting for an update too.

Breaking News! The USADA have found both Samsung and Apple guilty! They have also found HP, Microsoft and RIM guilty aswell despite no evidence or charges laid against them.
T


/depending on the outcome
S

I knew Apple would win all along

Here is a thought... couldn't Apple patent these features and then give it's competitors such as Samsung and Google rights to use it as long as Apple got a royalty of each device sold? Wouldn't that make Apple even more profitable and still "the innovator for the whole industry"?
Last edited: Aug 24, 2012
I

Excellent. The fact that the jury reached a verdict this quickly means that the decision was quite obvious. - hopefully.

This seems quick. I bet it's a hung jury. Doesn't mesh with announcement of verdict. Probably a lot of non-infringement decisions on most of the counts.
Last edited: Aug 24, 2012
F

Samsung is ordered to accept a buyout by Apple to the tune of 10 billion dollars. Now Apple can further develop the retina display and launch its line of Apple TV panels.
V

nick_elt said:
Breaking News! The USADA have found both Samsung and Apple guilty! They have also found HP, Microsoft and RIM guilty aswell despite no evidence or charges laid against them.
Click to expand...

Been waiting to use that one all day?
M

the verdict will be read simultaneously on both apple and samsung mobile devices.

One thing must be said 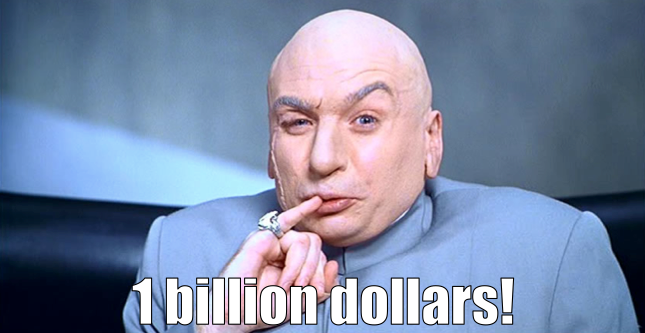 I bet they went to the side of Samsung because they couldn't wade through the BS verdict form.

We're about to get 500+ posts raving about the wonderful patent system we have, "serves Samsung right," "now sue the rest of them Apple", "did Google die", etc.

Or, we're about to get 500+ posts finding huge fault with the "outdated, antiquated" patent system we have, "Apple should appeal," "Apple should immediately cut all business relations with all Samsung units," etc.
M

ImperialForces said:
Excellent. The fact that the jury reached a verdict this quickly means that the decision was quite obvious. - hopefully.
Click to expand...

Or it means they just didn't want to have to come back next week and deal with this stuff again.
C

mbh said:
Or it means they just didn't want to have to come back next week and deal with this stuff again.
Click to expand...

This is more exciting than the up&coming iPhone Event

Flying Dutchmen said:
This is more exciting than the up&coming iPhone Event
Click to expand...

Yeh cos we know that outcome

Ha ha. This is gonna be good.