Kanye West is planning to hold a third listening party for his upcoming "Donda" album, reports Variety. The listening session will take place at Soldier Field in Chicago on Thursday, August 26. 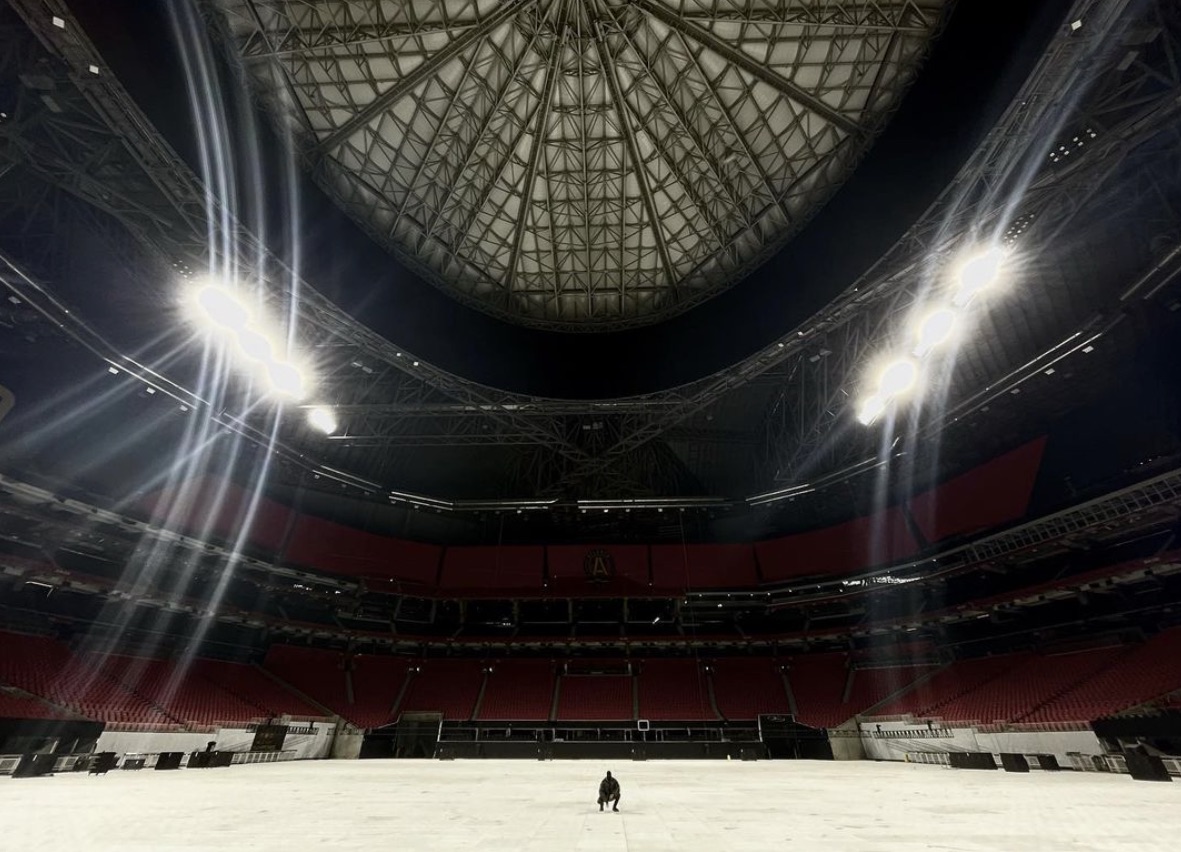 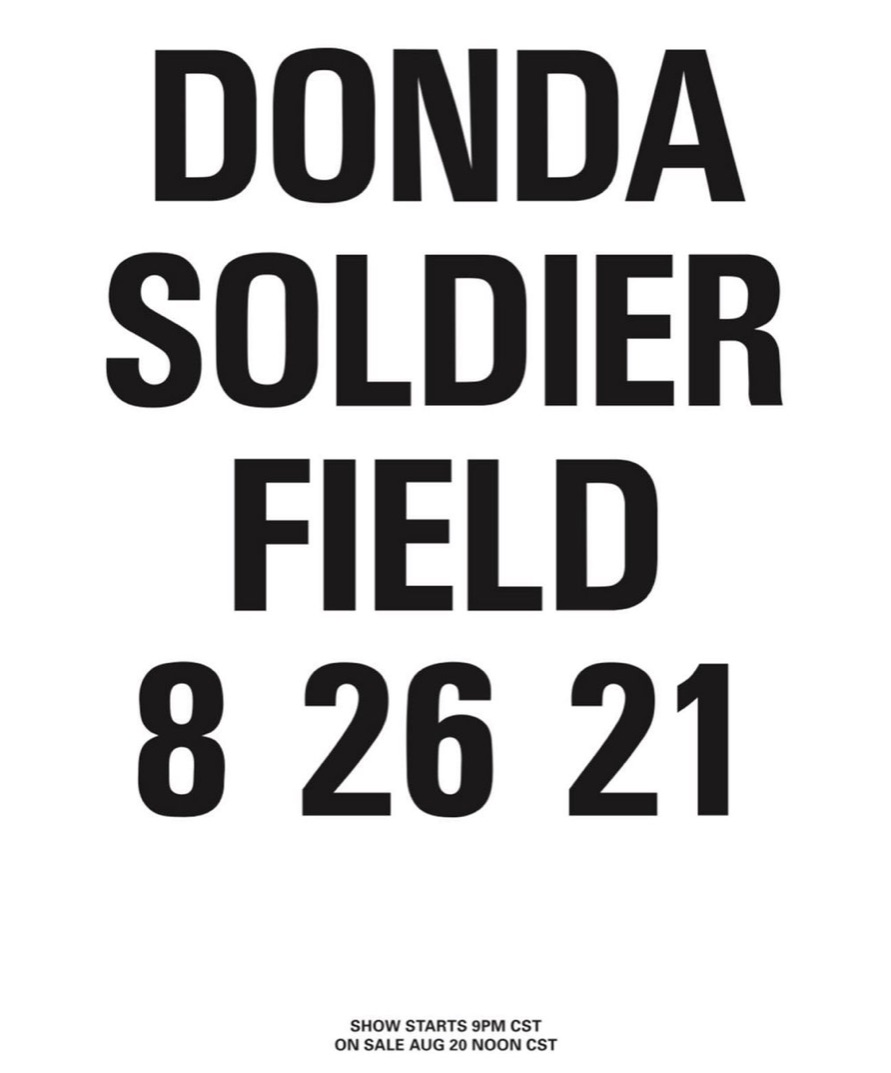 West held a public listening party for the "Donda" album on July 22 at the Mercedes-Benz Stadium in Atlanta. The event was publicized in a Beats Studio Buds ad that aired during the NBA finals.


The initial listening party ended up breaking Apple Music livestreaming records with 3.3 million viewers tuning in. Even more Apple Music listeners participated in the second streaming event, which was held in Atlanta on August 5.

So far, West has been playing dramatically different versions of the album at each event, featuring new songs and new mixes.

West was initially expected to release the album after the August 5 Atlanta event, but that did not happen. There continues to be no release date for "Donda."

Why is Kanye still relevant? Why is this even a news? He's trolling, clearly.

Kanye is the KING OF TROLLING ?

This guy does not respect his fans. Selling $100 tshirts and $50 chicken tenders to people in a stadium who want music from him, then he comes in playing music too loud for anyone to make anything out, and then when he said he was going to release his album, he just… doesn’t.

I used to like his music, but now I just can’t separate the music from the artist, so it’s all trash to me now.
Reactions: tridley68, madebybela, Trhodezy and 9 others

They might as well milk it for all it’s worth.
Reactions: boswald, abeasom and adamjackson

can't say i've ever liked his music. dislike his personality much more. i wouldn't be caught dead wearing a pair of yeezys
Reactions: tridley68, Trhodezy, freedomlinux and 4 others

I get some people don't like his music but people still choose to be salty.

I'd seriously rather have a root canal than go to this. Not sure why it's newsworthy either.
Reactions: tridley68, Trhodezy, The Barron and 6 others
M

Let's be positive here. He's a nice lad who has a lot of money

He's also OCD and few other things, but he seems fairly harmless.

I mean, with the hyper OCD thing, disssapoiting a fan base is fairly understandable.
Last edited: Aug 18, 2021
Reactions: tridley68, Trhodezy, lupend88 and 2 others
A

I'm looking forward to the album but until it's out, I'm not going to follow this hype train.
Reactions: tridley68, The Barron, aajeevlin and 1 other person

I don’t care what you think about Kanye, I’m no fan myself, but playing an album at full stadiums before officially releasing it to the public is pretty cool.
Reactions: tridley68, lupend88, The Barron and 3 others
S

Love it. Kanye all day.
Reactions: tridley68, lupend88, Huck and 3 others

I refuse to support an artist who is crazier than I am.
Reactions: mashdots, tridley68, Trhodezy and 4 others

Whether or like Kanye or not, Apple Music does a great and unique thing by hosting these types of events. Now if only they could imitate Spotify's algorithm on finding new music and have more playlists outside of the typical mainstream music.
Reactions: tridley68, amartinez1660, bpa1093 and 3 others

grantew1 said:
I get some people don't like his music but people still choose to be salty.

I don't comment on any article that has to do with a person/artist/subject that I dislike (unless maybe if the article is bashing them). The people in these comments reply to EVERY Kanye article without fail lmao it's sad. I just move right along.

Anyway... This is going to come out in September at this point.
Reactions: tridley68, Think|Different and smarch
F

Put Depeche Mode, The Cure, Or New Order in his place.

I don’t care when it launches at this point. I’m enjoying the ride though. Going through his old stuff again I guess.
Reactions: tridley68, The Barron and chrisdazzo

I bet his iPhone unlock passcode is still 000000
Reactions: tridley68 and The Barron

WSE gang? Supposedly this is going to be where he actually drops the album. Let's hope so.
Reactions: tridley68 and zakarhino
T

Donda? more like Dumb-da this is what we call a mega-spreader event.
Reactions: tridley68, ThomasJL, The Barron and 1 other person

grantew1 said:
I get some people don't like his music but people still choose to be salty.

I don’t care about his music one way or the other. I hear he's very talented. I intensely dislike him. I do find it interesting that Apple is doing these kinds of events - it’s a good thing.
Reactions: tridley68, TracerAnalog and amartinez1660

jkev57 said:
I refuse to support an artist who is crazier than I am.
Click to expand...

I don’t like his music, but I try to keep his mental health out of it.
Reactions: TracerAnalog, The Barron and StoneyG