Kuo: iPhone 12 May Not Come With EarPods in the Box, Apple to Introduce AirPods Promotion in Second Half of 2020

Apple's upcoming "iPhone 12" may not come with EarPods included in the box, as a means of driving demand for the company's popular wireless AirPods which are sold separately, according to reputable Apple analyst Ming-Chi Kuo. 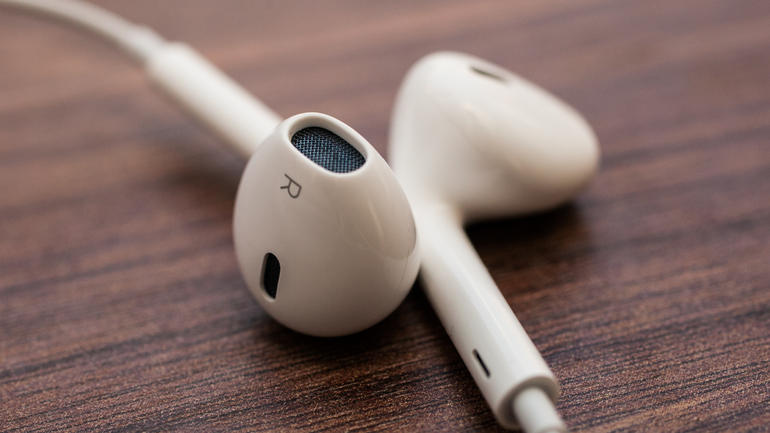 Apple has included earbuds with the iPhone ever since the first model of the smartphone launched in 2007, in large part because the iPhone was pitched as a natural extension of the iPod - a music player that also made phone calls.

However, in a TF International Securities research note issued to investors today and seen by MacRumors, Kuo said he expects Apple to leave out the traditional wired earphones that come with iPhones, which will usher in strong demand for AirPods shipments this year.

In addition to the need for new iPhone users to supply their own earphones, Kuo expects an uptick in AirPods shipments to be driven by an end to AirPods inventory depletion by the second half of the year, coupled with the likelihood that Apple will offer a special AirPods promotion in late 2020.

In terms of this year, Kuo said that AirPods shipments are likely to be at their lowest ebb in the second quarter due to the impact of the global health crisis, with total shipments declining by 29 percent from the previous quarter to 17.2 million.

However, AirPods shipments will benefit from increasing demand beginning in the third quarter, coupled with continuing strong demand for AirPods Pro throughout the year buoyed by Apple's expected promotional offer in the second half of 2020. Overall, Kuo predicts shipments to grow from his original estimate of 80-90 million pairs to 93.8 million pairs.

In a previous note to investors, Kuo said Apple is working on third-generation AirPods that will go into mass production during the first half of 2021, although this new model will only have internal changes and there won't be a change in external design.

This information goes against rumors of an ?AirPods? update coming in 2020, and Kuo suggests no new ?AirPods? are coming until 2021. By contrast, leaker Jon Prosser recently said that third-generation ?AirPods? are ready to launch anytime.

Kuo acknowledges that the market is expecting a new ?AirPods? model in the second half of 2020, but he thinks this is more likely to be a new set of Beats instead of a new set of ?AirPods?, meaning "?AirPods Pro? Lite" rumors are actually referencing new headphones in the Beats lineup.

Article Link: Kuo: iPhone 12 May Not Come With EarPods in the Box, Apple to Introduce AirPods Promotion in Second Half of 2020

Aren't mobile phones manufactures obliged to provide head phones with every device sold, according to the safe driving laws and regulations? I think in Europe that's the case.
Reactions: frozencarbonite, fc4090, unplugme71 and 10 others
D

Timmy putting in practice 'less is more'.
Reactions: Macyourdayy, Tozovac, 19callum93 and 18 others

Next step, no charger or cable included in the box.

I don’t know how to feel about this, if it leads to lower prices then sure. We can buy accessories separately for the reduction in cost of the phone if we need them. But we all know that won’t be the case.
Reactions: scottylans, Parth998, Nam3less and 50 others
T

Next step: No phone in the box ?. Just put a $50 voucher for AirPods in the box.
Reactions: frozencarbonite, Bleryblery, mihike and 24 others
J

Makes sense. I’ve had two iPhones since AirPods came out and never touched the included EarPods. May as well reduce that waste, and I’m sure the extra AirPod sales don’t hurt...

Also if the rumour of Apple removing the lightning port next year are accurate then it makes sense to wean people off wired headphones this year.
Reactions: ssspinball, ealeks, 19callum93 and 24 others

The vast majority of people have headphones and having yet another pair is worthless, but some people will need them and it's just another cost to factor in. I'd imagine they won't lower the cost as a previous poster mentioned. It's also a way to push people to go wireless which is good for the majority of users (def not audiophiles!)
Reactions: ssspinball, Bleryblery, compwiz1202 and 3 others
C

Do people spending $1000 on a phone not already have a pair of headphones?
Reactions: ssspinball, frozencarbonite, Bleryblery and 6 others

e1me5 said:
Aren't mobile phones manufactures obliged to provide head phones with every device sold, according to the safe driving laws and regulations? I think in Europe that's the case.
Click to expand...

I’d be interested to see where this came from (UK Based and havent had headphones from many manufacturers over the last couple of years)
Reactions: jbachandouris

Good. I’ve never used them, but yet, I always paid for them.

Much better a promotion on what people actually want to use.
Reactions: ssspinball, frozencarbonite, DinkThifferent and 1 other person

I would say it's unseemly for a company positioning itself as an upmarket or premium brand to resort to nickel & diming, but that ship has already long since sailed... so why not, they've taken everything else out of their boxes! (before anyone says about e-waste, I'll accept they're taking that seriously when they stop wrapping the product and the box its in in non biodegradable plastic).


cababah said:
Do people spending $1000 on a phone not already have a pair of headphones?
Click to expand...

Do Apple phones come with a standard audio jack to plug in your existing headphones?
Reactions: ssspinball, Dekema2, SeaFox and 19 others

I can kind of understand some manufacturers skipping when they are using a mass adopted standard (USB-C), but Apple skipping these lightning headphones is ‘effectively’ forcing a sale from Apple if the user needs a wired pair.
Reactions: Oblivious.Robot, decypher44, c0ppo and 4 others
R

Hopefully the Phone will be included, fingers crossed.
Reactions: Precursor, uther, joy.757 and 21 others

djcerla said:
Good. I’ve never used them, but yet, I always paid for them.

Much better a promotion on what people actually want to use.
Click to expand...

Oh, but they'll charge you the same for the phone. The wired headphones are still occasionally handy in a pinch. Admittedly much less so now they're Lightning only.
Reactions: frozencarbonite, sracer, Oblivious.Robot and 5 others
M

Maybe put in a code or Voucher with each phone purchased to get a discount on AirPods or other earphones? I know people who would never spend on airpods, they always use the included earphones.
Reactions: -Maxim-, frozencarbonite, atmenterprises and 10 others

seb2195 said:
I can kind of understand some manufacturers skipping when they are using a mass adopted standard (USB-C), but Apple skipping these lightning headphones is ‘effectively’ forcing a sale from Apple if the user needs a wired pair.
Click to expand...

This would be a more acceptable move if they still put the lightning to 3.5mm adapter in there so people have a recourse to use a pair of wired headphones from literally any other manufacturer with their new phone without having to fork over another $9 or more.
Reactions: ssspinball, Oblivious.Robot, freedomlinux and 5 others

CJM said:
Oh, but they'll charge you the same for the phone.
Click to expand...

How do you know? ?
Reactions: decypher44

It looks like wrong move, but i guess people who would be buying pro version would be having AirPods already, they wouldn't need earpods and if its there they won't use it anyway. I had not used my earpods from iPhone 7plus and not using of iPhone 11, its there in the box brand new. I'm using my Airpods gen1, still.
Reactions: whoknows2597

Apple have a lot of history in this type of thing. Anyone remember the iPods upto 2005? Came with carry case, sleeve, audio/video cable, dosck, charger, USB and firewire cables and headphones. These all started falling away until all that was left in the package was a USB cable.

I do think leaving out the AC adapter could be a good idea with shops offering one on request - that would cut down a lot of e-waste.
Reactions: TimCookandCo, PlayUltimate, decypher44 and 4 others

Well, I do hope they don't discontinue the EarPods all together. For wired ones, I prefer them over other headphones, simply because of the fit.

If the message is that we don't want to charge you for something you might not use, because you already have a favourite earphones then two things need to happen - a) a reduction in cost (which I can't see happening. Are iPhones going to cost $970 now?) b) Inclusion of a 3.5mm-lightning connector (again unlikely, since they stopped shipping that earlier)
Reactions: frozencarbonite, TimCookandCo, Oblivious.Robot and 3 others

This would be great because a device that does not include headphones (such as iPad) do not fall under the limited max. volume rule in the EU
J

Does anyone really think the product will be priced a cent less if Apple removes the Earpods? An item probably worth less than 1$ in material probably won't change the price of the whole set at all.

Anyways, I've not used the Earpods since my 4S many years ago, so for me they can drop that item out of the set.
Reactions: RedGT, freedomlinux and kalafalas
N

Makes sense, I was always surprised they still included it.
Reactions: ssspinball, frozencarbonite, jbachandouris and 1 other person
S

I liked having the EarPods as an option. They save me every time my AirPods die and need a quick solution.
Reactions: arkmannj