Aaron Sorkin's Steve Jobs biopic may be directed by Slumdog Millionaire director Danny Boyle, according to The Hollywood Reporter. The news comes a week after The Social Network director David Fincher failed to reach a deal with Sony, reportedly over fees.

Boyle is said to be in talks with Sony Pictures to direct the film, which uses material from Walter Isaacson's Steve Jobs biography and will focus on three 30-minute scenes ahead of three product launches. 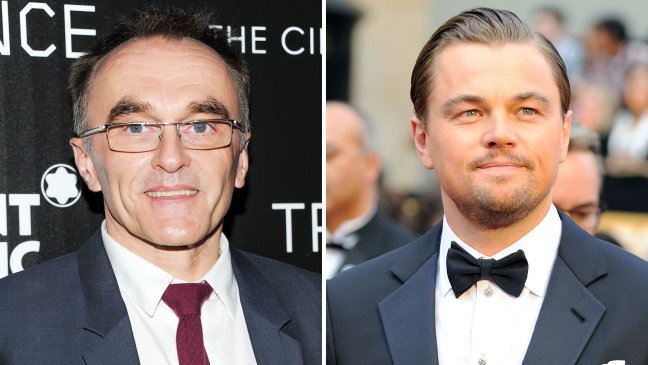 While Fincher was rumored to be interested in Christian Bale to play the role of Steve Jobs, Boyle reportedly has his eye on another big star -- Leonardo DiCaprio. According to The Hollywood Reporter, Boyle has approached DiCaprio to play Jobs in the film.

Aside from Slumdog Millionaire, Boyle has directed hits like 127 Hours, Trainspotting, and The Beach, which DiCaprio also starred in. DiCaprio has been in major films like Inception, The Wolf of Wall Street, and The Great Gatsby. Boyle was also in charge of the opening ceremonies at the 2012 Olympics in London.

Aaron Sorkin completed the script for the biopic back in January, with Apple co-founder Steve Wozniak working as a consultant on the film. No potential release date has been announced.

Maybe it'll win him an Oscar

Seriously though why is this on the front page?
M

Great, Leo as Steve and Woz is Jonah Hill.

Would have been better of Jonah Hill was still fat, other than that, I love the idea
M

Macboy Pro said:
Would be a hard sell. Can't see him as Jobs...
Click to expand...

I don't see him as Jobs either.

But on the other hand. I didn't see him in any movie after being degraded to a teenage star in Titanic. And since then, he did a fantastic job in almost every movie he played in. So I'm pretty sure he'd know how to play Steve Jobs as well. Amazing actor.
A

Hmmm.... whilst I do like Leo, Inception was stunning, I do feel that this is another movie exploiting Jobs to make money and not much else. I mean the film won't be true to the real story, it'll be glammed up by Hollywood.

Plus Leo, mate, you look FAR too young to play Jobs, too short and not skinny enough also.

DiCaprio picks his movies extremely carefully. If he signs up then we know it's gonna' be good.

PS: The Beach was freaking awesome as well, so there's some good history between the two.
P

You beat me to it, but I hope you're right. For some reason a lot of people don't like Leo, but he's been in so many of my favorite movies and done such a good job in them, it's really his turn. If he can pull this one off with Danny behind his back it might just be his time.

Was so excited with fincher/bale news. Now I'm heartbroken
M

xxnemoxx said:
Would have been better of Jonah Hill was still fat, other than that, I love the idea
Click to expand...

He is fat again.
T

King of the (mac)world!
I

This story should be filed in the "who gives a ____" category.

I love this idea! Leo is my favourite actor, and with a bit of hairdye and makeup I think they can make him look a lot like Steve...But of course it probably won't be enough to please all of his followers on this forum!
C

Danny Boyle eh? This could actually turn out to be good.

hmmm cant really see him in that role tbh ... lets keep him on the ocean floor shall we

dying at this being an actual page

I'm surprised no one sees this trio as a wreck.
I

I love Leonardo DiCaprio, but I don't know if I could see him as Steve Jobs.

I wonder how realistic the movie is gonna be and which parts will be left out.

Like the part where he didn't pay child support...abandoning his daughter and her mother to the point they had to live on welfare. Or when he lied and pocketed the bonus money that Woz didn't know about.

Leo is an amazing actor and it will be cool to see him play someone who was far more evil and more vicious than his role as Calvin Candie in Django Unchained.
You must log in or register to reply here.