LG's display division is developing and will start mass-producing foldable displays for smartphones in 2018, and supply them to Apple, Google, and Microsoft, according to South Korean website ETNews.

LG has shown off various futuristic-looking curved and foldable display prototypes over the past three years, including one with a book-like design and another that can be rolled up like a newspaper. Both designs take advantage of the flexible property of OLED displays, compared to rigid LCD displays in current iPhones. 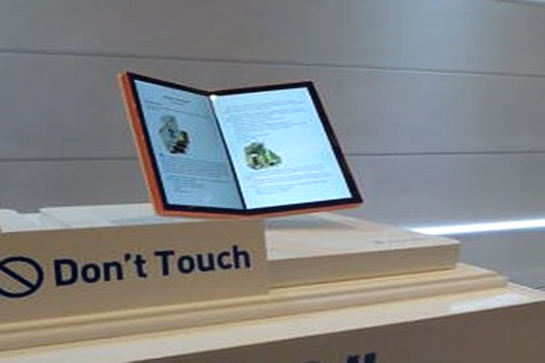 LG foldable display prototype shown at CES 2013​
Multiple rumors point towards Apple releasing a new iPhone with an OLED display and glass casing at the high end of its smartphone lineup next year, but the reports suggest the display will be curved rather than foldable. With more than ten iPhone prototypes in testing, however, the exact design remains to be seen.

The all-new premium model is expected to have at least a 5-inch display, with early rumors claiming it could be up to a 5.8-inch device. Samsung is expected to be the primary--and possibly sole--supplier of OLED displays for Apple, at least until LG joins the mix in 2018 or later if today's report proves to be accurate. 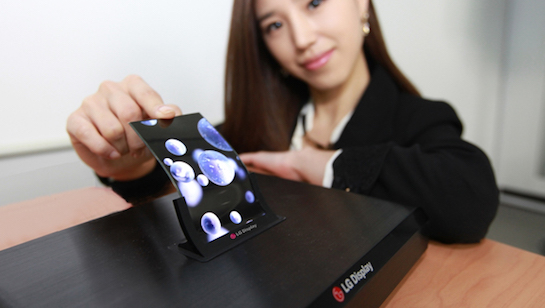 LG curved display prototype​
Next year's iPhones could have bezel-free designs and no physical Home buttons, as some reports claim Touch ID will be integrated directly into the display as now possible. Apple has filed patents for flexible OLED displays with both curved and foldable designs, confirming it has at least explored both sides of the coin.

Apple's foldable display patent describes how the display could fold outward, allowing both halves of the screen to remain accessible when the phone is closed shut. The two sides would connect via a clamshell-like hinge that allows them to rotate relative to each other, while flexible printed circuit boards keep the connection intact.

LG is nailing it as of late!
Reactions: NewtonAurelius, Precursor, Cameroncafe10a and 8 others

I'll be ready to buy the new MBP when this technology makes its way to the Touchbar.
Reactions: harley3k, Avieshek, Born Again and 1 other person

Not iPhones, iPads. The touchbar and larger touchpad is the beginning of this, I think. The MB/MBP line will eventually be more-or-less clamshelled iPads than can open up to a giant touchscreen or folded partway for a virtual KB/trackpad.
Reactions: Precursor, Cameroncafe10a, centauratlas and 3 others
E

I can never trust these early speculations. My guess is next year the iPhone 8, or whatever they call it, looks more or less the same and it still has the big top and bottom bezel for the home button. I just don't see them going all screen as great as that would be.
Reactions: g75d3, ILikeAllOS, Cameroncafe10a and 3 others

Ohhh. Thinner. Just a screen. No battery. Bring your own AC. No thanks.
Reactions: g75d3, Cameroncafe10a, DrewDaHilp1 and 2 others

You don't necessarily need the batteries to be bendable. Just have several smaller batteries spread around the device.
Reactions: FriendlyMackle, JerTheGeek, Tompkinson and 2 others
B

Well Tim Cook will most likely be dead by the time this rolls around. Any suggestions who will succeed him?
Reactions: g75d3

People have been talking about these for decades.
Would be nice to finally see them appear in useful ways.
Reactions: S G

Gives you an actual reason to make things slimmer. Slim it down until you can fold it on itself several times and it fits comfortably in your pocket.

Alternatively, fold it so that you give the rest of the screen some shade from the sun.

ILuvEggplant said:
Well Tim Cook will most likely be dead by the time this rolls around. Any suggestions who will succeed him?
Click to expand...

How about a 'windup phone'?
Then you won't have to worry about battery life.
Reactions: lyngo and ocnitsa

I think Apple's most recent products have been flaccid enough already.
Reactions: Deep Dish, Rob_2811, Ghost31 and 1 other person

macsplusmacs said:
LG is nailing it as of late!
Click to expand...

Especially with these amazing replacements of the Apple Cinema Display you mean?

That Westworld foldable iPhone Tablet is going to be a reality in the next couple years! 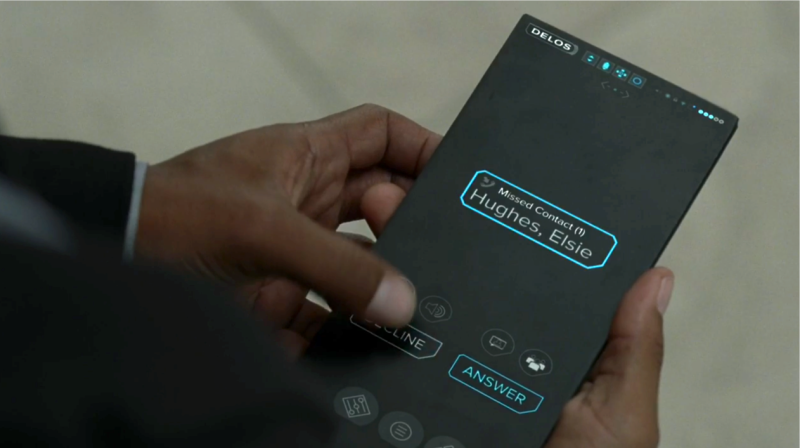 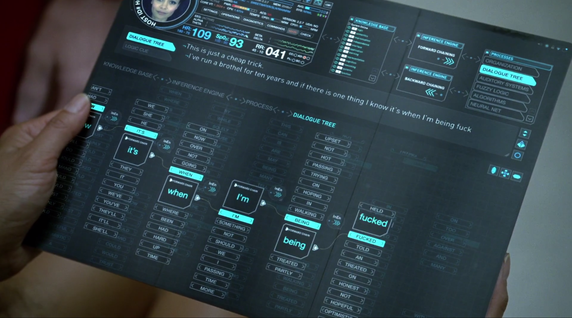 ILuvEggplant said:
Well Tim Cook will most likely be dead by the time this rolls around. Any suggestions who will succeed him?
Click to expand...

I wouldn't want a foldable iPhone, but a foldable iPad would be dope. make the outer shell strong enough and you wouldn't need a case for it. You could probably add some really awesome features to the iPad pro and make it closer to a "pro" product.
Reactions: GrumpyMom, chrismail627, JamesPDX and 3 others

Desert-Mac said:
I wouldn't want a foldable iPhone, but a foldable iPad would be dope. make the outer shell strong enough and you wouldn't need a case for it. You could probably add some really awesome features to the iPad pro and make it closer to a "pro" product.
Click to expand...

Sure but why wouldn't you want a iPhone Pro that can double up as a tablet when flipped open
Reactions: DogHouseDub and kdarling

Cool your jets MR readers with high hopes for this. The reality is this tech is at least a couple of years off. Our pesky battery requirements will see to that unless there is a foldable lithium battery knocking around that I've never seen.

Even then, what happens to the SoC, the cellular radios, haptic engine etc?
Reactions: Xi Xone

jscooper22 said:
Not iPhones, iPads. The touchbar and larger touchpad is the beginning of this, I think. The MB/MBP line will eventually be more-or-less clamshelled iPads than can open up to a giant touchscreen or folded partway for a virtual KB/trackpad.
Click to expand...

I hope you are right, that would be a pretty cool feature

This isn't going to happen any time soon. We first need bendable boards and batteries, as well as chips that are super tiny and/or flexible. There are just too many rigid components that would need to be replaced for it to be feasible right now. The biggest possibility I see is something that folds along a tight crease with flexible ribbon cables running through connecting the different panels. What I've envisioned for years is basically what someone posted above from Westworld but without the crappy, overly sci-fi, hollywood styled, unusable GUI.
Reactions: Kabeyun, Oblivious.Robot, redbeard331 and 1 other person
You must log in or register to reply here.
Share:
Facebook Twitter Reddit Email Share Link
Register on MacRumors! This sidebar will go away, and you'll see fewer ads.
Sign Up
Top Bottom