Leaker Ben Geskin today resurfaced the rumored iPhone X design featuring Touch ID on the back of the device from 2017 that never emerged.

Around five years ago, when it was rumored that Apple was moving from the long-standing iPhone design with a round Home Button and thick top and bottom bezels to an all-screen design, there were significant questions around how Apple would implement user biometric authentication. Apple ultimately unveiled Face ID, but initial rumors suggested that the company would stick with Touch ID and implement it under the display or place it on the rear of the device.

Lining up with this, a fairly consistent series of leaks at the time depicted an iPhone X design with larger top and bottom bezels, a display with unrounded corners, an aluminum rear, and a round Touch ID fingerprint scanner on the back.

Retrospectively, the widespread and detailed nature of the alleged iPhone chassis has aroused suspicion that Apple itself was behind the rumor, seeking to lower customer expectations and flood the rumor mill with false information. It is also possible that the chassis were used internally at Apple for an early iPhone X prototype.

Whether Apple was behind the wave of false leaks that briefly captivated the rumor community five years ago remains unknown, but the mysterious iPhone design continues to arouse discussion.

Flagship iPhones will have been lacking Touch ID for five years as of this fall, but rumors persist about Apple reviving the technology for the iPhone. Apple reportedly tested an under-screen fingerprint scanner for at least some iPhone 13 models, according to The Wall Street Journal's Joanna Stern and Bloomberg's Mark Gurman, but Apple apparently decided not to move forward with the idea.

In a September 2021 research note, Apple analyst Ming-Chi Kuo forecasted that Apple will launch at least one new iPhone model with an under-display fingerprint scanner in the second half of 2023. There have also been rumors of a larger iPhone SE model with Touch ID built into the Power Button, much like the latest iPad Air and iPad mini.

Loved the rear fingerprint scanner on the early Pixel phones. Was perfectly placed so your phone was already unlocked as you pulled it out of your pocket because of where your natural finger placement was as you grabbed it.
Reactions: Makisupa Policeman, appleArticulate and brandoman

Wish the power buttons on iPhones had TouchID built-in.
Reactions: cbaca51, Hammerd, ams1117 and 16 others

I personally don’t think Jony Ive would have approved this design. However, what Apple needs to bring is an under-screen Touch ID. To this day I still miss the 3D touch. I have no idea how long it’s going to take Apple to implement that.

Kinda dumb idea to make a hole on the back when you have a hole for the logo already in place, no wonder it never emerged. Anyway, they could have used the Apple logo hole but yeah can't innovate...

Or it was just the training material of some Apple milling trainee.
Reactions: MartyvH, jayducharme and anthogag

I always thought that the leaks looked a little to much like an Android phone, I am glad Apple didn't go this route.
Reactions: michaelnugent, james2538, calstanford and 4 others

Imagine how cool would it be if that is on the Apple logo instead?

Putting touch ID into the logo for a better look?
Jony we miss you!
Reactions: MartyvH, macsound1 and Sir_Macs_A_Lot
A

What I only liked about Nexus 6P & Essential PH-1 is the rear Touch ID.

If Apple made the rear Apple logo Touch ID then that would be awesome.

Would have been an interesting plan B if Face ID didn’t pan out.
J

Yeah, it would be so nice. The Xperia Z series done it and it worked so nice.
Reactions: michaelnugent, james2538 and B4U
N

We’re all being played. Apple has been dropping false “rumors” for over a decade.
The “double down on secrecy” or whatever they called it was just a ruse. They’ve been feeding the machine all along.
Where do people think Gurman gets his nougats from?
Yep - spoon fed from the mothership.
Reactions: Mescagnus, magicman32, CarlJ and 1 other person
L

If the iPhone-X had come out with the touch-ID on the back, I wouldn't have bought it.
Reactions: eyeseeyou

Fake as heck. This was back when Ben Geskin was trying so hard to push made-up rumors and fake images, to create a reputation for himself.

There are so many wrong things in this specific "leak" that make zero sense to come from Apple. This housing was not made by them, it was a custom housing made by someone else, nothing else.
Reactions: Mescagnus, idmean and TheYayAreaLiving 🎗

One difference between Steve Jobs and Tim Cook. Steve Jobs, when realizing he'd made a mistake, would go out of his way to not only fix a problem, but fix it better. Tim Cook just doubles down on the same non-working solution that he owns.

Just admit Face ID doesn't work well in a Post COVID world now with Mask Mandates and SOLVE the problem at hand rather being stubborn in your original idea. The paradigm has shifted. Only Tim Cook has resisted adapting. Touch ID is not ancient tech. We didn't ditch the wheel when planes were invented. I actually love the idea of the the TouchID in the Apple logo.
Reactions: traveltoromantis, cyanite, Houpla and 3 others
U

MacRumors said:
Whether Apple was behind the wave of false leaks that briefly captivated the rumor community five years ago remains unknown, but the mysterious iPhone design continues to arouse discussion.
Click to expand...

These days, a blurry dark picture of the bottom of a grocery bag would arouse discussion. Get REALLY animated about it and you’ll have tons of people ready to trust your every word on the topic and other people responding point by point why you’re not right. Likely would get VERY high engagement on YouTube
Reactions: MartyvH
S

Yeah I'm not surprised Apple went with FaceID instead. This feels too much like what an Android phone would do.
Reactions: TheYayAreaLiving 🎗

It seems as though Ben was easily fooled, and is trying to excuse it by stating that Apple pushed it. Well, Ben, instead of spouting nonsense telling us it’s so complicated that you can’t explain it, which itself is suspicious, try us.

yes, it’s possible Apple was trying out different things, and somehow this leaked. After all, Apple trys many different ideas which never make it. In 2021 they spent $22 billion on R&D, so we should expect they’re experimenting with many iPhone designs. That doesn’t mean they will come out, or even that Apple is seriously considering them.

when I was designing equipment for my company, I would sometimes work on something I didn’t think would succeed, but I wanted to try it to find out why. That didn’t mean I was planning on using the design. It was a hedge, in case it somehow turned out to be more usable than I thought, as sometimes happens.
Reactions: Crosshatch, Mescagnus, ZZ9pluralZalpha and 7 others

Adding a fingerprint reader on the back just makes a lot of sense to me.
You can have the device unlocked and ready to use in one motion from pocket/bag/table etc. especially with how reliable recent capacitive scanners have become.
What's also cool is how Android gives users the option to swipe the fingerprint sensor to see the notification panel; another small thing the user can tailor to their taste.
Not surprised Jony Ive and his (sometime) predilection for form over function would have nixed this approach.
D

Touch ID, USB C and Headphone Jack are the most emotional pain points for Power Users.

I wonder if an iPhone exists with all 3 in another timeline of Apple multiverse.

In fact the Macbooks have all 3 but not even an iPad has them.

now i see it said:
We’re all being played. Apple has been dropping false “rumors” for over a decade.
The “double down on secrecy” or whatever they called it was just a ruse. They’ve been feeding the machine all along.
Where do people think Gurman gets his nougats from?
Yep - spoon fed from the mothership.
Click to expand...

I agree. I think it all started when iPhone 4 was leaked by Gizmodo. Apple really decided to double down on the secrecy. It was not something Apple was expecting to happen but that's when things really started to go down. 10 years later, we're all getting fed with false rumors. Look at what happened with Apple Watch Series 7. It was embarrassing for the leakers. 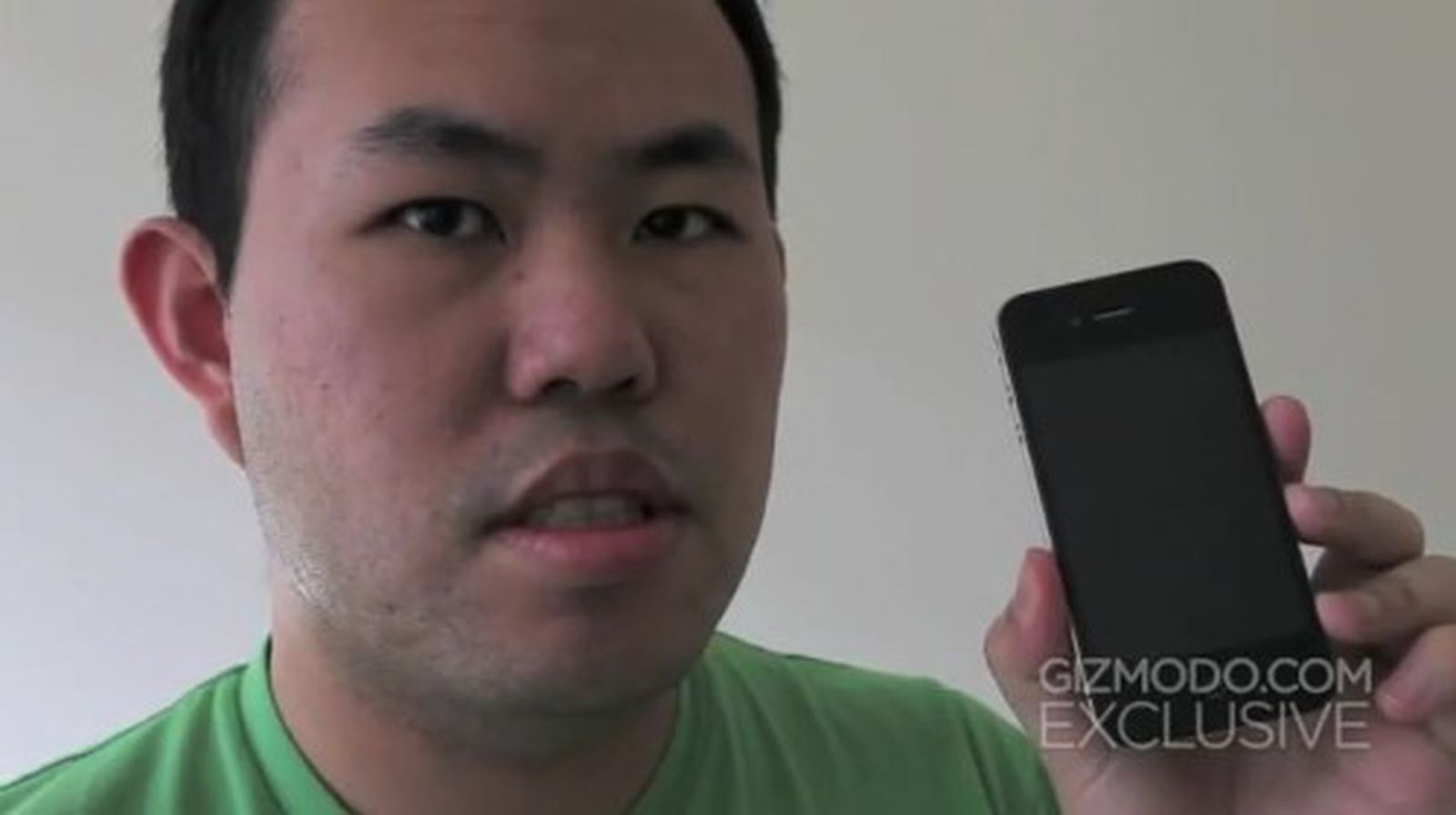 Gizmodo notes that the San Mateo County District Attorney has released an official statement announcing that misdemeanor charges have been brought... 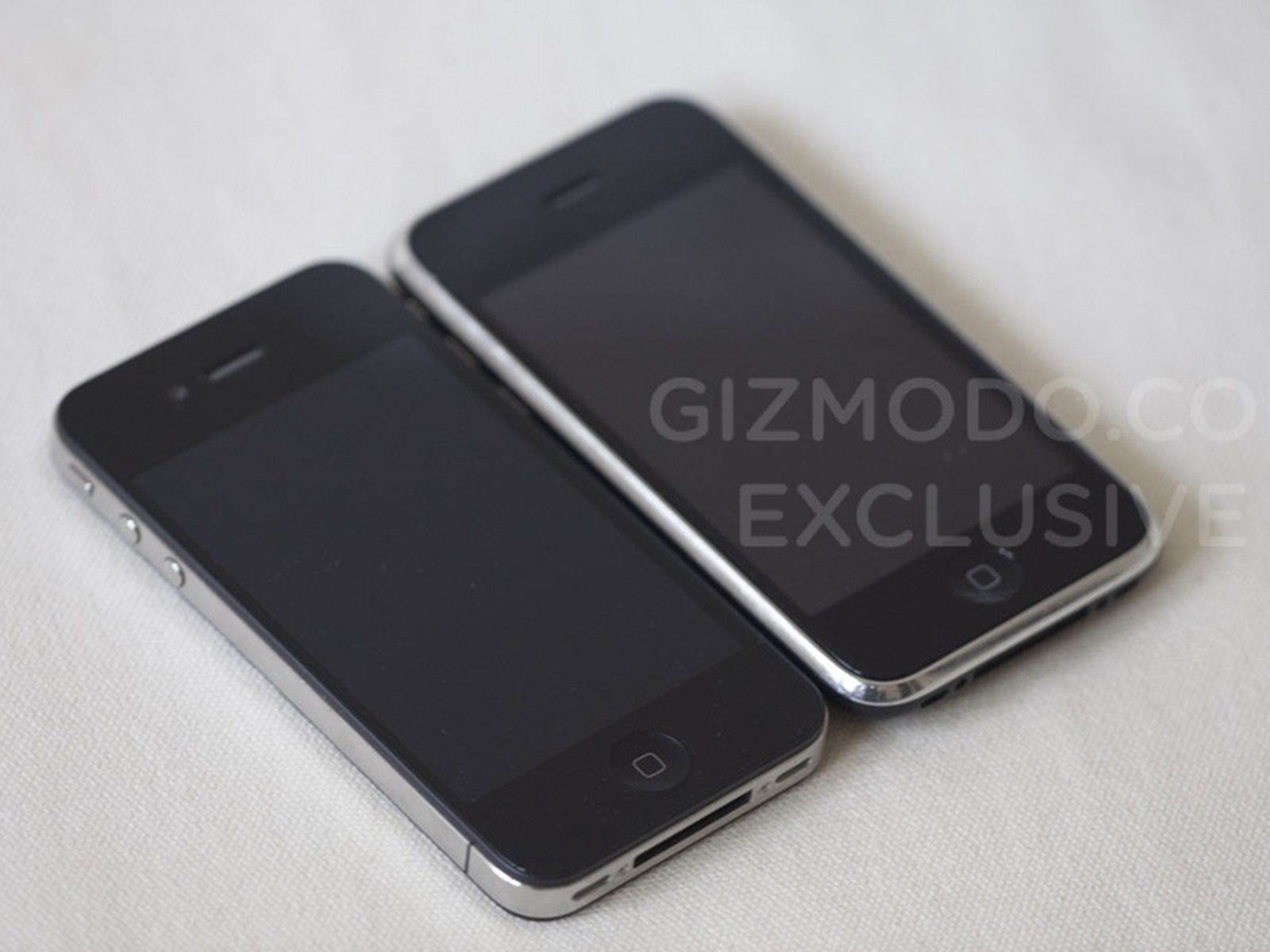 Back in 2010, photos of a prototype iPhone 4 appeared on Gizmodo nearly two months before the device was officially unveiled by Apple. Gizmodo...

BradWI said:
Loved the rear fingerprint scanner on the early Pixel phones. Was perfectly placed so your phone was already unlocked as you pulled it out of your pocket because of where your natural finger placement was as you grabbed it.
Click to expand...

Except for people who keep their phones in durable shock-resistant cases, like the Otterbox Defender case. Then any back of case scanners become problematic. I think Apple explores a lot of different ideas, and then tables those that are too problematic. If they are truly innovative, they explore multiple ideas and chose what they think is the best. Their choice/opinion is NOT always the same as ours though.

Just curious, is there any reason for the wavy inner surface of the shell?

Adarna said:
Last 24 months makes me wish Touch ID was still a thing rather than Face ID.
Click to expand...

I really miss Touch ID on my mobile phone, especially now that I have it on my laptop.
Reactions: Makisupa Policeman and TheYayAreaLiving 🎗

The only place where the fingerprint scanner makes sense is the POWER BUTTON. You press to turn it on and it scans your fingerprint at the same time to unlock.